A lot of Chinese myths have a special theme. For example, remember the famous animated story of the Kung Fu panda; Several fighters, each with their own moral attributes and their capabilities are different. Usually one of these fighters is power, the other is speed, the other is power of concentration and one of them is the intellectual brain. The story of Unruly Heroes is exactly from this brigade.

Unruly Heroes is made up of a famous Chinese legend called Monkey King Legend.Maybe you've seen the movie before . about the trip of a Buddhist monk to the West.Of course, it's not Western Europe, but India and Central Asian countries.He is seeking to obtain Buddhist sacred texts to these countries  , and he backed after a lot of effort . This myth has deep-rooted myths and philosophies.Keep in mind, though, that Unruly Heroes is a funny version of the legend. 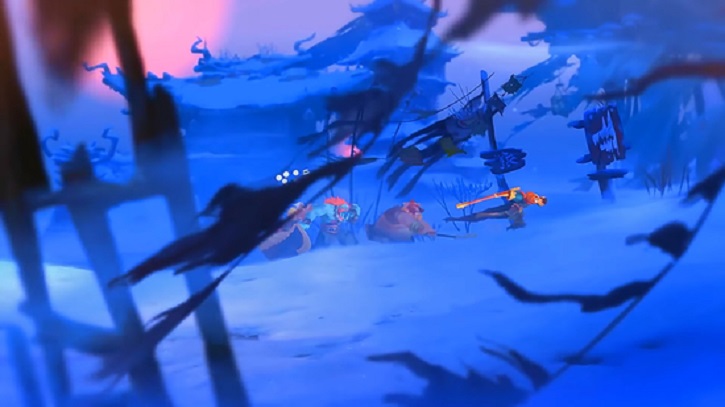 The game has four main characters. You can switch between them whenever you want . There is no particular restriction on changing the character and, of course, one of the mechanisms of the game is to change your character at the right time.Each of these four has a special strength . For example, when you jump high, you have two option , or when you are out and hung in the air , press the pop-up button again and double-jump, or with jump and hold the jump button and you can hang in the air in a short space of time.

One of the characters has the power to break the bigger obstacles , and whenever you encounter a huge stone, you must summon him to break the stone with his fists.Another character has a big and funny abdomen ,which can inflate itself and three other characters will mount on his belly and go to the higher elevations like the elevator. 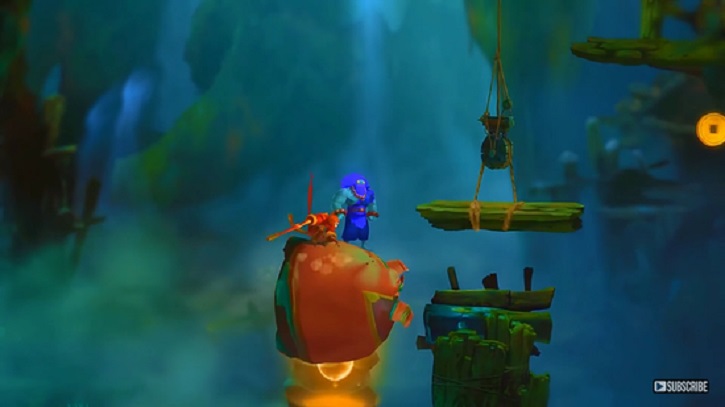 This mode allows you to summon any of the characters whenever you want ,Perfectly adapted to the legendary theme of the game. The Unruly Heroes puzzles and sketches are based on the capabilities of these four characters.For example, in a part of the game, you must cross a beam that is up and down that razor, you can not use your power character here and you have to choose the right character. Sometimes it's even necessary to change your character during a jump to get the best result. 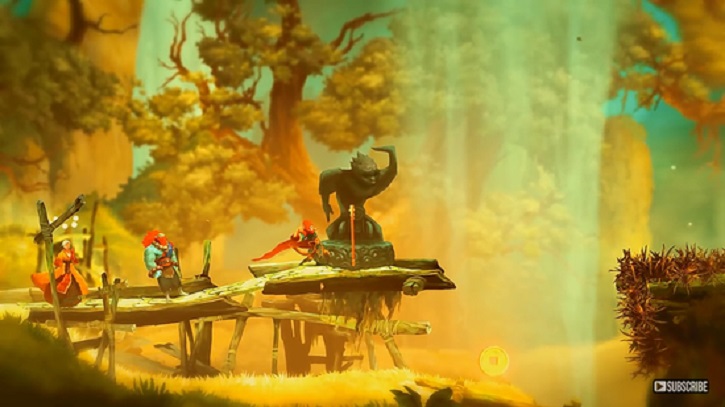 The beautiful design of stages, characters, great enemies . You can see the eye-catching game design.Every game has something new to play . Unruly Heroes is also a masterpiece , Snowy, lush, fiery and whatever you think, The graphic part of each game, color scheme and lighting to impress the audience is great.

Unruly Heroes has worked well in composing , As I explained, the game was made on a famous Chinese legend , You can guess that the game tracks should have an epic theme. Perhaps sometimes on play , you'll notice a very rhythm in the background music of the game ,That you enjoy . 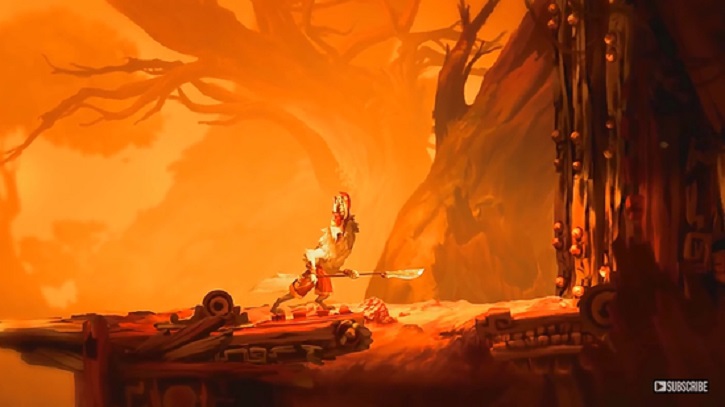 
I hope Enjoy this game

Nice Keep it up.

not bad my bro!