Life Is Strange Before The Storm Review and Plot

Life Is Strange Before The Storm is  a emotional game in which your decisions can and will influence everyone. The game takes place before the first Life is strange , Chloe a 16 years old girl . Unlucky the first Life is Strange Chloe can't control time , she's just a normal girl which struggles with her life.  The game is very emotional  and fun to play , is splitted in 3 episodes , each with around 2 to 3 hours of gameplay.  The game is  based on the story of Chloe  and her friend Rachel Amber , a very popular girl. 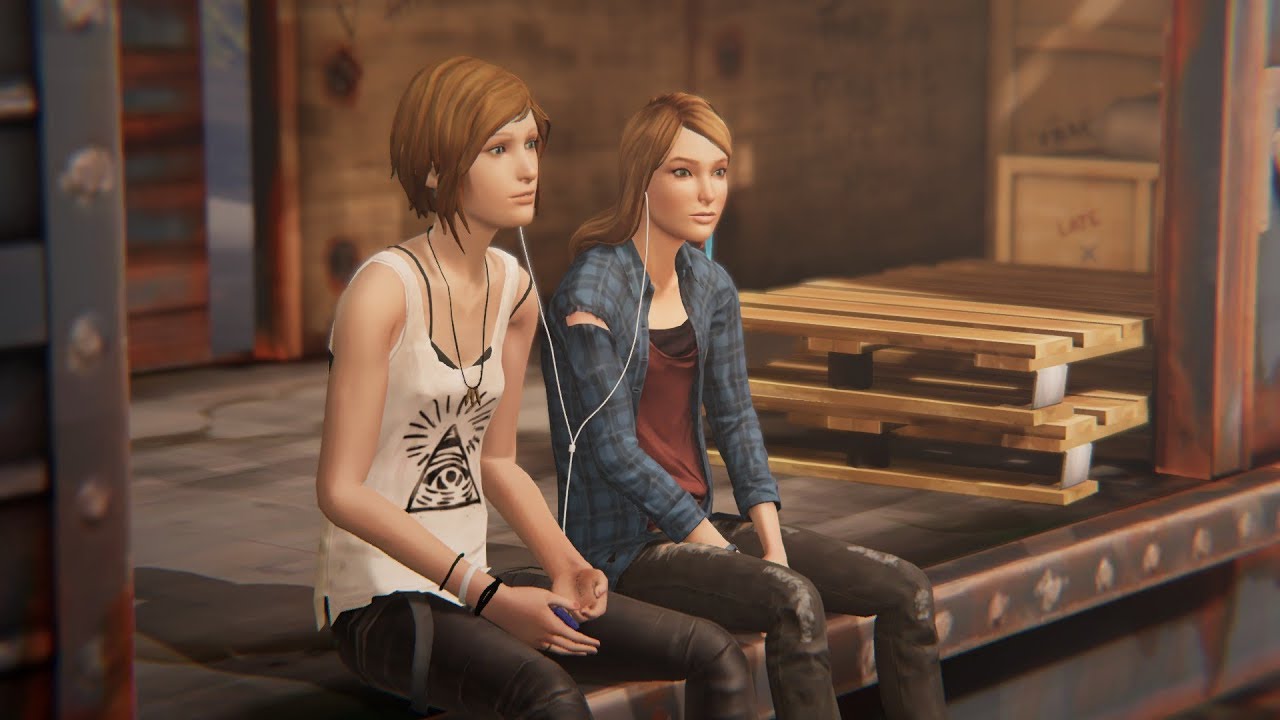 Before we start the story you need to know someting about her family , her dad , William Price died in a car crash and Chloe's mother , Joyce Price remarried with David Madsen , he works as a security guard at the school.  The death of her father had a huge impact on Chloe , in the game he shows up in the first episode , helping Chloe in her dream.
Story
The story starts with Chloe  sneaking  outside her house so she can go at a concert held in an old mill.  She starts a conflict with two of the guys from the club but she gets saved by Rachel and Frank , Chloe's friend. The day after Chloe and Rachel decide  to ditch the class and  go  to a "field trip" .  They end up at lookout point where they use  a viewfinder and Rachel spots  a man and a woman  kissing in a park. , that makes Rachel sad , Chloe and Rachel trick a couple and steal their wine and after that Chloe asks Rachel why she's so upset but Rachel refuses to answer Chloe.
Rachel leaves and Chloe has a dream about her and her father in the same car ,  the dream ends with the car getting hit by a truck .  After she wakes up she goes to Rachel and she tells Chloe why she is so upset , because the man  she saw was James , her father , cheating  with someone else.  Rachel burns a photo with her father and throws that in a  trash bin close to a tree , she kick the bin and the tree get's on fire , the moment is very dramatic and sad , eventually the fire starting to burn the whole forest . That's the ending of the first episode. 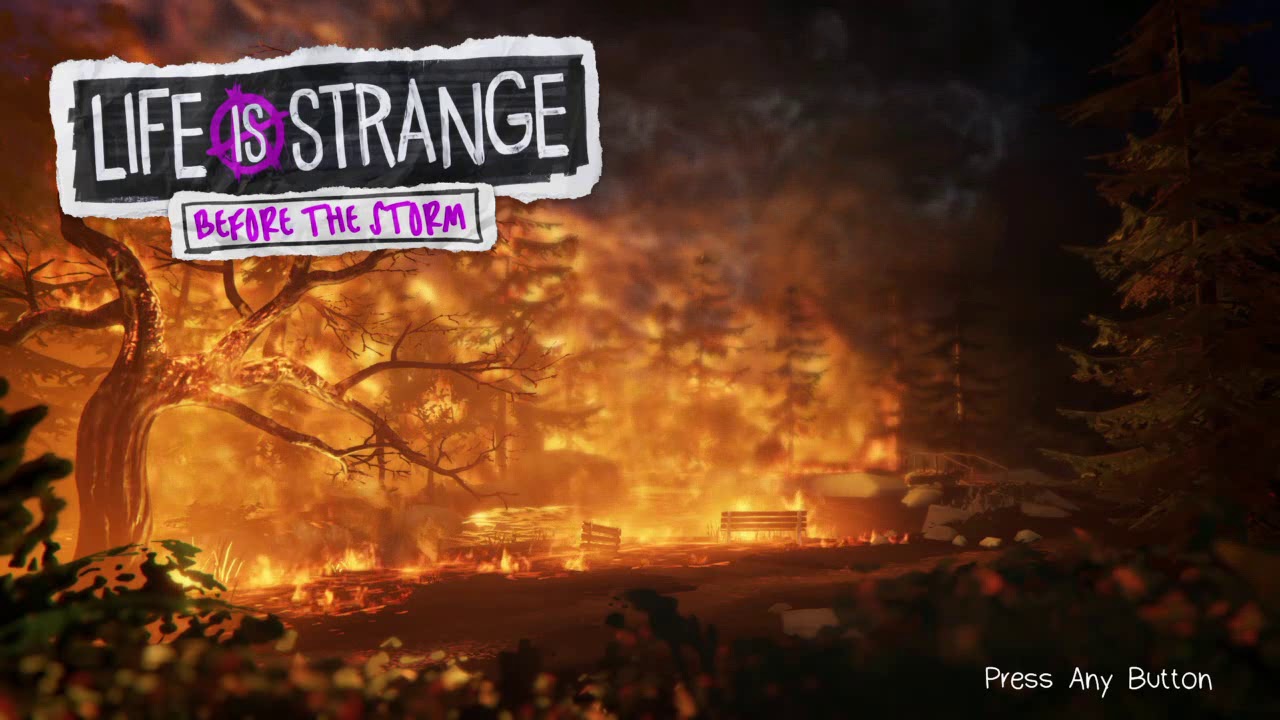 The second starts with Chloe and Rachel at the Principal Wells because  the girls ditched.  After Chloe leaves she back at the scrapyard where she finds and old truck. After she spends some time with Rachel ,she gets a call from Frank , they meet and she helps him steal money from a classmate  Drew in order to repay her debt to him.  After she takes the money  Drew's brother find her and is followed by Drew , they don't have time to talk because a drug dealer named Damon Merrick comes at the school to collect his money , he asks Drew for 1 grand but Drew tries to get more time so he can gather the money.  Damon  starts to beat Drew and you can chose to give him the money  you stole or  keep the money .
Later at the school's theater  due to road closures Juliet is unable to come and Chloe even tho she refuses takes her place in the production of The Tempest. After the play's ends Chloe and Rachel go to Rachel's house where they start a dispute with Rachel's father , they find out that the women from the park was Rachel's mother. And that's how episode 2 ends.

The last episode starts with Rachel's father telling them about how he meet Rachel's mom and he explain that he mother was a drug addicted , and why he left her .  After a talk with her father Rachel and Chloe go in Rachel's room and after some talk they start sleeping. Chloe has another dream with her father driving a imaginary car , he helps her and the dream ends with her father getting hit by a truck. Later Chloe goes back at the scrapyard  and repairs the truck.  Chloe meets Rachel there , where Frank and Damon tells them to stop asking questions about Frank's customers , after Rachel's refuses  Damon realises  that Rachel is the daughter of an DA (district attorney') and he stabs her in the arm. Chloe uses the car and takes Rachel to a hospital ,after a lot of waiting Chloe finds out that Rachel is going to be ok and she's going out in a few days.  After searching in some clues Rachel finds out that James hired  Damon to kidnap  Rachel's mother ,Sera  , in order to kill her.
After Chloe goes to pay Damon she learns that Damon want's to kill Sera anyway , after Damon starts a fight with Chloe , Frank comes again to help her and they start fighting . Chloe wakes up a bit later and Sera tells her not to tel Rachel about this. After that she promise to protect Rachel and not tell her . There are yo endings , one in which you don't tell Rachel and one in which you explain her  everything. The End! The is also a Bonus Episode but i won't talk  because it takes place in another time , before the normal story. 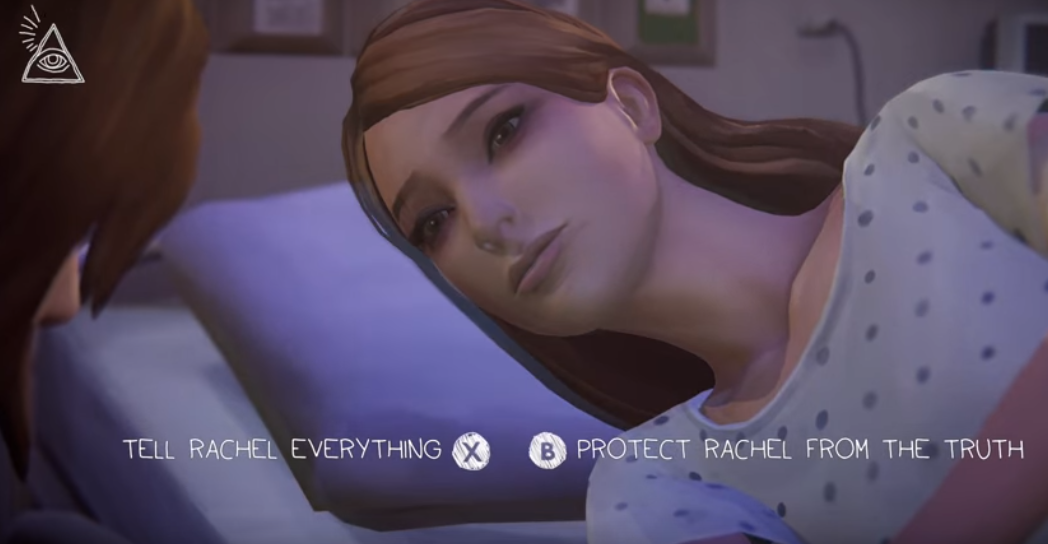 Gameplay
The game is a third person view game , you can only control Chloe and help her making choices and change her relation with anyone , you can be nice with someone , like when she helped Dew , you can be bad like when you fight the guys from the club or you can just try to be yourself , to place yourself in those scenarios and ask What would  i do? .  The game's gameplay is similar with the game made by Telltale and i think is better than some of them.

SoundTrack
I really enjoined the Soundtrack , is very emotional and sad , like the story  , is the type of music you almost cry and they did a great job picking the songs for this game .

My opinion about the game and should  you buy the game?
The game is grate , there are other many interactions you can do  like drawing around the places you go  to earn an achievements , you can talk with other peoples , and interact with the environment . I really loved the game , the emotions and the drama  . I really loved the Soundtrack , very well made goes very well with the game and with the story. Even tho is not better than the first game and the story is more simple than the first game is still a grate game you should  try  , at only 17 € you get around 7 to 8 hours of gameplay , 10 hours if you play the bonus episode.
And this is why i think you should try Life is Strange Before the Storm , i hope you have a grate day , bye
-Merisor

Good article except split it into paragraphs next time