Rate this article "Layers of Fear 2 | An Overall Review"

Layers of Fear 2 | An Overall Review

While there are a couple of articles covering the first part of the game named Layers of Fear, its sequel doesn't seem yet to have English-language reviews here on Gamehag. Let me do my bit and contribute to the vision of this franchise, frightening and beautiful at the same time.

Layers of Fear 2 continues the tradition of the first part of the game in its own way. It tells us a completely different story, but at the same time it still shows the connection between the artist and his creations - even though this connection is described in dark colors, its soul still keeps the light.

Here is some brief information to get started. Layers of Fear 2 was released in 2019, after a year of being in development. Its creator, Bloober Team company, is known for its dark games, among which there’s another game, Blair Witch, standing out as a project based on the famous film.

From a visual point of view, the sequel is a lot like the first game; however, the developers approached the interface more thoroughly: LoF 2 switched from Unity to Unreal Engine, which made the game look much better in many senses, and the controls in it became smoother and more convenient. Rich musical background perfectly suits the game: the bowed melodies are wonderfully combined with otherworldly sounds, which enhances the game’s atmosphere and allows you to better immerse yourself in it. 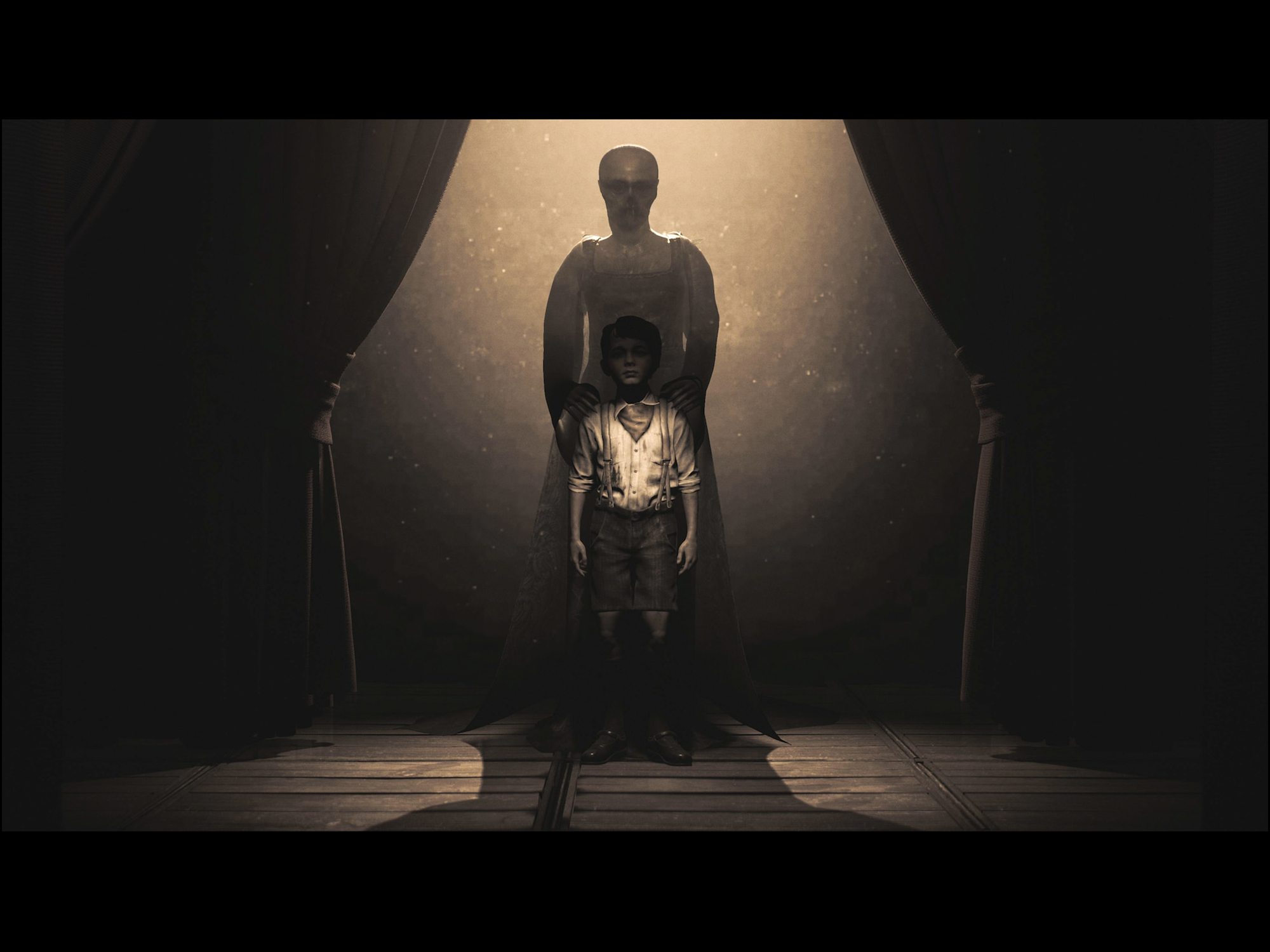 You don't need to know the first part of the game well to play Layers of Fear 2: these games are united mainly by their context, semantic load and symbolism, but their storylines exist separately from each other. Even though LoF 2 often refers to its "predecessor" (lots of paintings, similar interior elements, etc.), we see a completely different storytelling associated with a different path of visual art.

The game takes place presumably in the first half of the 20th century; we play as a film actor preparing for his new role which will take place aboard a marvelous ocean liner. The story that we have to learn is the story of the protagonist's reflections, his desire to understand his role and get used to it. We will walk on the edge of reality and our own fantasies, learning about the past of our hero and exploring the nooks and crannies of his consciousness. And that huge empty liner will be our stage.

Layers of Fear 2 is positioned as a horror game, but I like that its essence is based on psychology and measured pressure of the situation with rare "loud notes". Sometimes the game demonstrates classic screamers or the illusion of a chase, but first of all the gameplay is aimed at the player's perception: by playing such projects, you can learn more about yourself, as well as simply get aesthetic pleasure from the visualization of the game. Fear in the context of expecting to be scared is one of the most powerful emotions, it is closely related to the ability to perceive, remember and capture more. 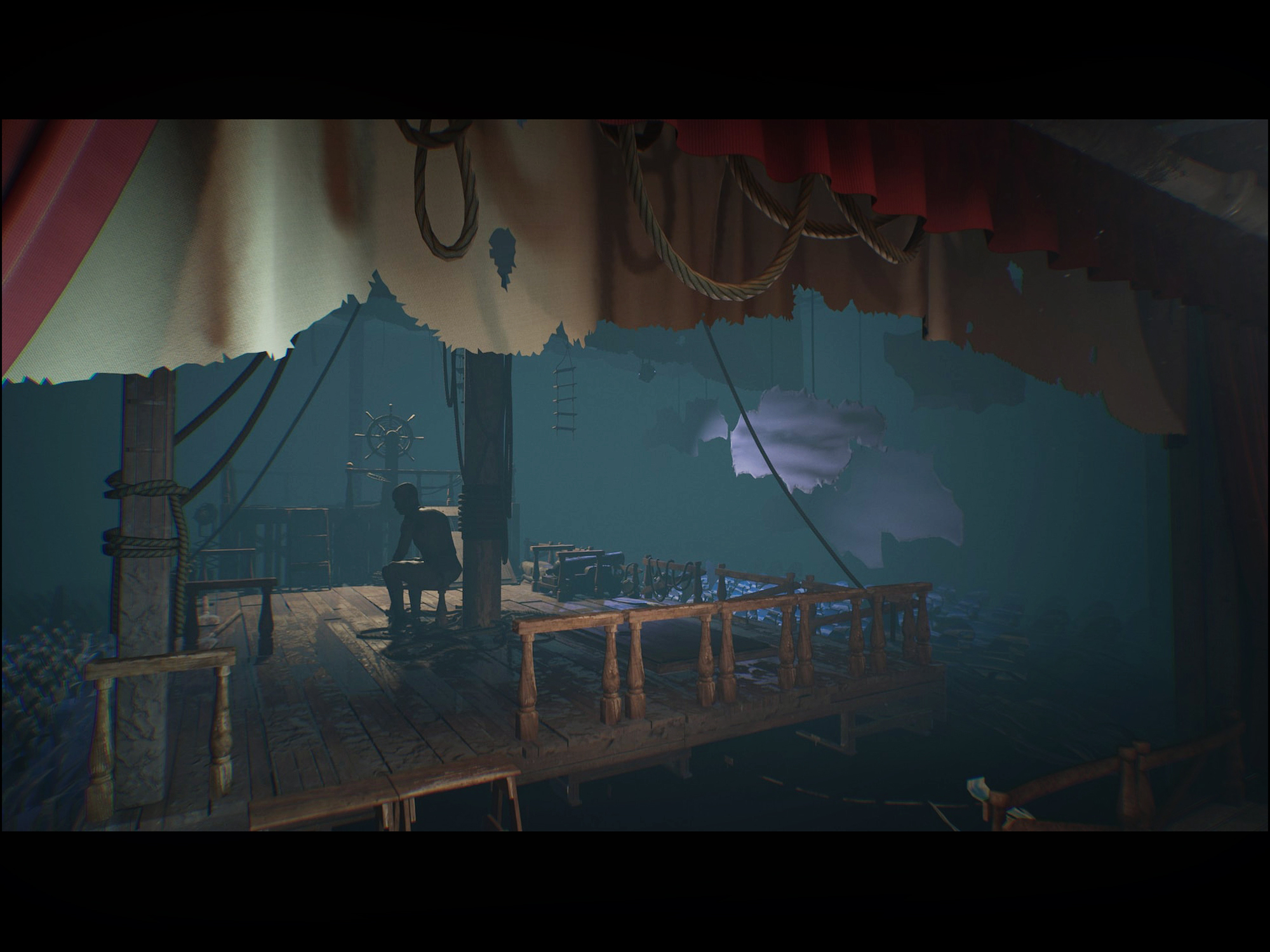 I’ve already partially touched upon the context of the detached perception and existence of this game above. However, it should come as no surprise that both Layer of Fear games will be compared. Does the project develop acquiring something new, are these acquisitions always nice and appropriate?..

There is a stereotype that improving appearance may negatively affect filling. Perhaps this case partially confirms this opinion: the game has become more visually complex, but it seems that it has slightly lost its narrative integrity, the morality of the main idea and, most importantly, the ability to really scare. As if you yourself have to think out the story, create the moments where you should be scared, and so on. On the other hand, it can refer to the importance of player involvement, similar to the influence of the viewer on an art object.  At the same time, LOF 2 has enough of its strengths.

One of the main advantages of the game is active relationships, among which are connections with the first part of the series and references to films (many of which are directly indicated in the game itself). Unlike Layers Of Fear 1, with its predominantly static pictures, this game takes advantage of the dynamism of films as visual art: you can feel like a hero of a story, get more impressions due to the very fact of this and due to the fact that you probably know many of the films presented. I will refrain from detailed analysis of references and Easter eggs - it seems to me that it is important for players to find and understand them on their own in order to get the most out of the game.

Also, it seems to me that a certain tradition originated in the games of the Bloober Team developers is important. Family ties in this are of great importance. In the first game, you learned the story of an artist, his wife and their child. Layers of Fear 2 tells the story of an older sister and her little brother. And even though it seems that it has lower influence on the understanding of the plot than it used to be in the first game, I think it’s an important element for composing your own interpretation of events. 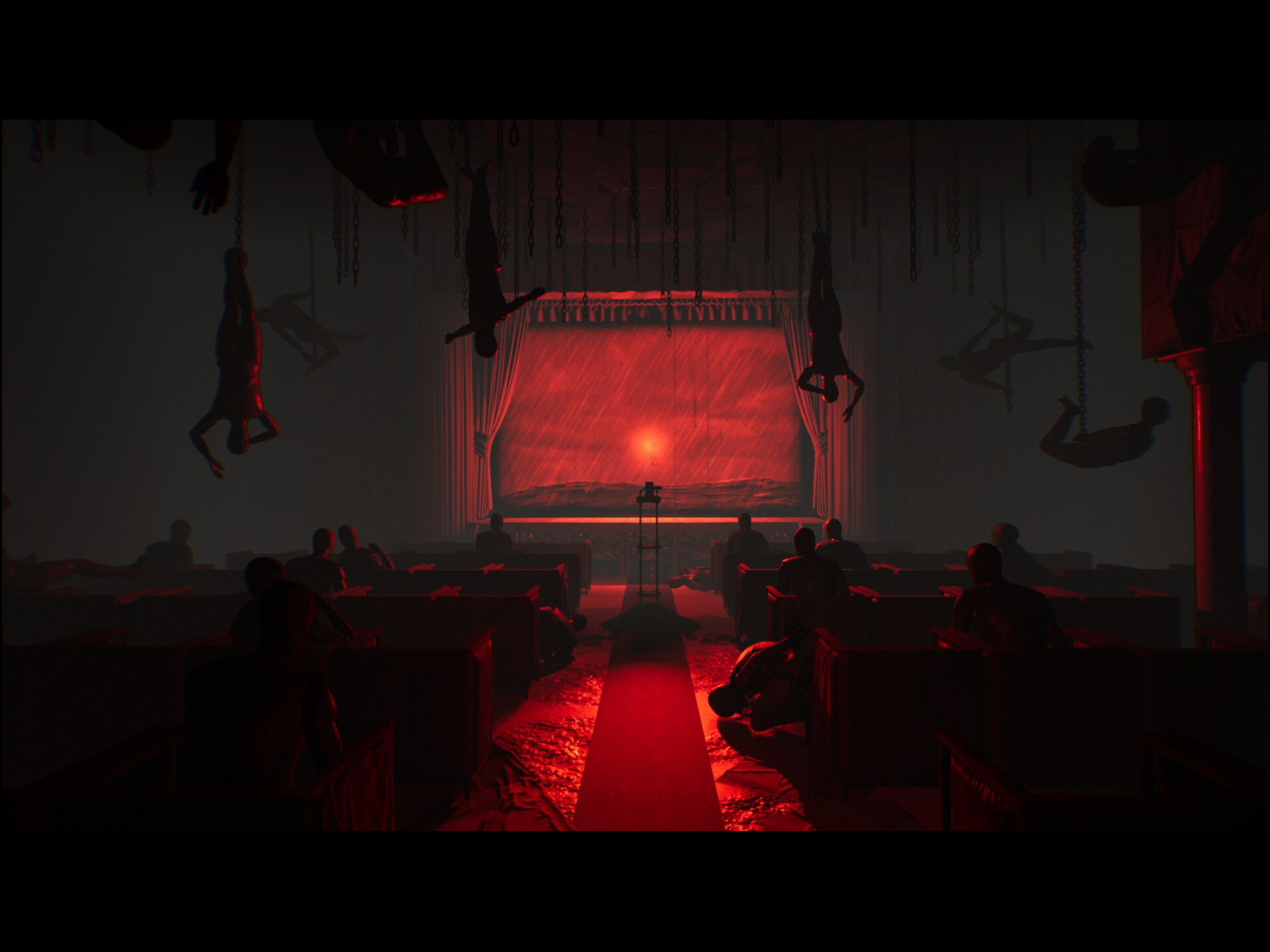 Inheriting the tradition of P.T., an unreleased game from Kojima Productions, the second part of the Layers of Fear series shows their alternate incarnations. Adding puzzle elements and Outlast-like fatal chases seemed to have a negative impact on the narrative integrity and introduced a kind of routine to the gameplay. At the same time, this Polish game can still interest a potential player with its colorfulness, stage setting, symbolism and space for fantasy. I recommend it to players who love psychological games; in general, the LoF dylogy can be a good test of your strength.

Thank you for your attention and hope to see you soon!

Rate this article Layers of Fear 2 | An Overall Review

Actually, I like these kinds of games very much, I like the graphics, but I'm afraid while playing, for example, I was stuck in the first part of the outlast, I couldn't even play it out of fear: D

Wow this article is excellent. It really gives a blurry idea of how this game is and really made an impression in me to try this game once. Great stuff.

Beautiful game and a great article

i don't like to play horror games but to be honest i'm intrigued to play this one. The article is also very well written.

Excellent Article! However this game has a few bugs that needs to be sorted, other than that the information is enough and the details are perfect,

It would be nice to see more on this game, I may play it more often in the future since I've only been able to play for about 4-7 days.

Article was good and it had presented the description of the game nicely.Game is good for the people who loves horror games.

article is really good with words and explanation, but i am scared of those loud notes and jump scares. :D

I’m not too much of a fan of horror games, but the atmosphere looks grim and the art style is similar to bendy and the ink machine in that second pic. I’ll be sure to check it out.

I have no words... this game is such a good game! and the way this article presented it is just... I really want it !