It's not exactly secret that I'm into games with sharks. And a lot more, if you can actually be the shark. That's exactly what Jaws Unleashed is about: being the shark, killing, devouring and causing destruction on a massive scale. The official winner of the ''Worst Game Everyone Played of 2006'' award. 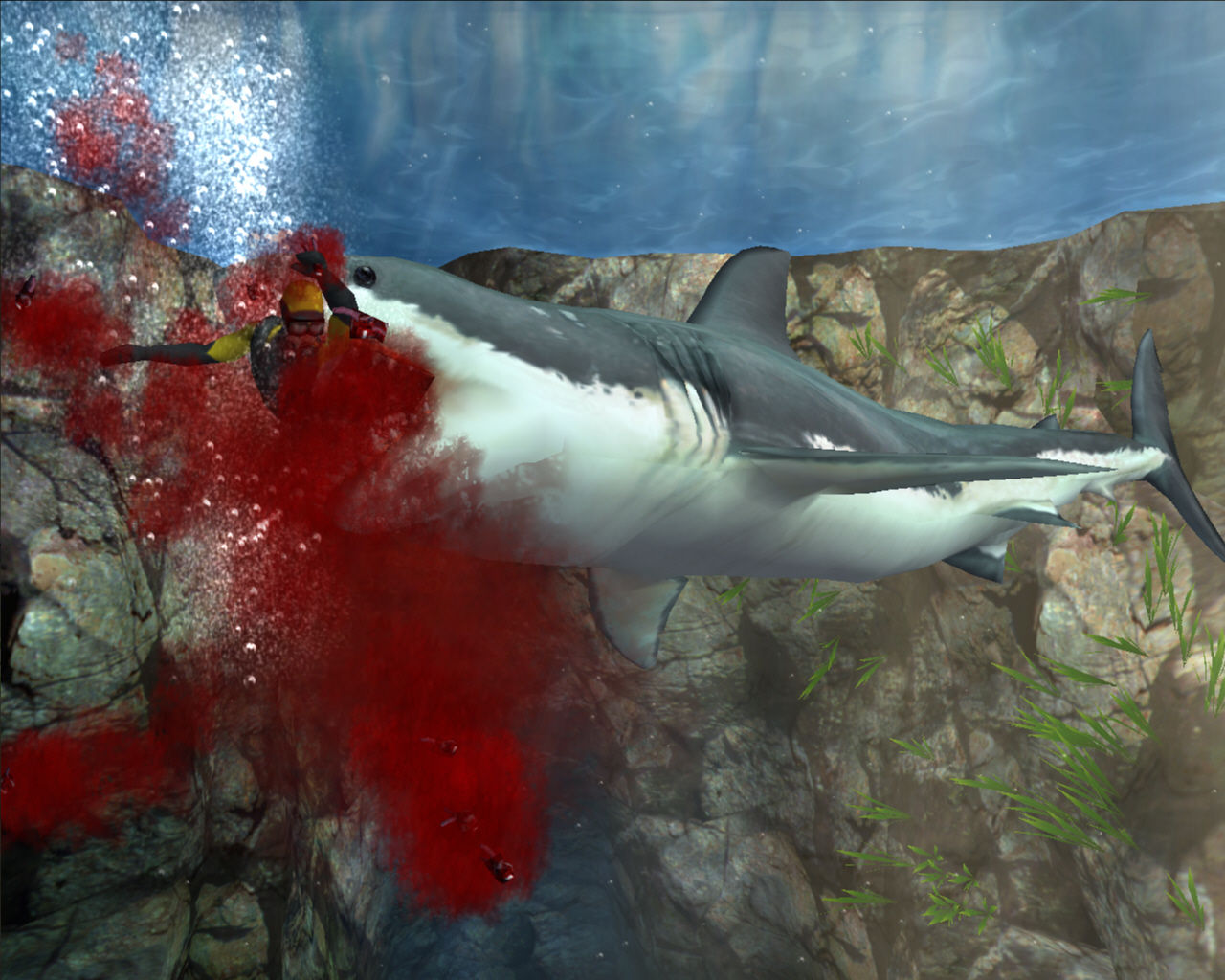 It has been 30 years since the events of the first Jaws film. It would seem that Amity Island has finally shaken off its dark history and the tourists are more numerous than ever. In addition, agreements with large corporations like Environplus have created more jobs for the island, bringing in additional income as well. Unfortunately, appearances can be deceiving – the growing number of people, particularly swimmers, along with increased industrial activity, have drawn a massive great white shark into the area. Michael Brody, the sole surviving son of chief Martin Brody, now works as a marine biologist. When the shark appears, he sets out to capture the shark for research. Brody's not the only one after the shark, however. The CEO of Environplus recently lost his son to the very same great white, which leads him to hire Cruz Raddock, a renowned shark hunter, to kill the shark. Meanwhile mayor Vaughn continues to keep the beaches open and the festivities going, ignoring Brody's wishes to take precautions. But the shark intends to show both to the people of the island and the animals of the sea once and for all who truly rules these waters. 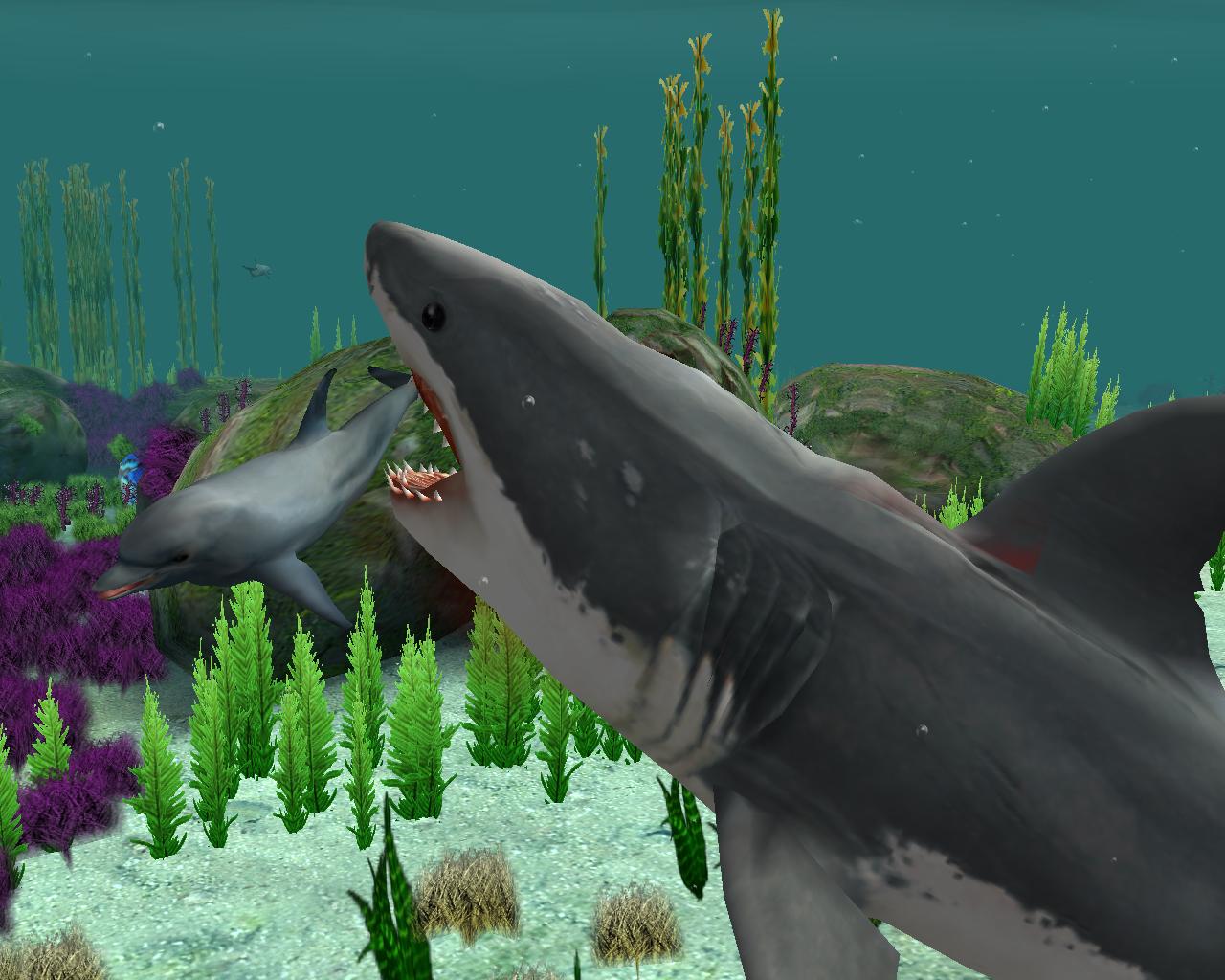 Jaws Unleashed has practically the elements of an open world game, if not on as large scale as in some examples. After completing the first two levels, you're free to swim practically wherever you want in the waters surrounding Amity Island. And as you've probably figured out by now, the game is all about killing and eating things. And it's not limited to just humans, either: other sharks, dolphins, seals of several species, octopi, killer whales – you name it, you can devour it (though they probably messed up with blue and sperm whales, as you can't reach them). You can also use 'shark vision', which highlights nearby prey and other objects of interest. When you catch prey, you can either tear them apart or swallow them whole. And for an extra bit of gory fun, if you target lock on humans, you can choose which body part to tear off, whether to tear them in half, or take them apart one piece at a time. In addition to biting, the shark can also slam creatures with his tail, or dash forward, ramming objects with his head. The shark can also grab certain objects with his jaws and then spit them out like an improvised ranged weapon. This is important when dealing with some enemies.


Bloodpoints are the game's currency, which allows you to upgrade the shark's stats, such as hunger and health meters or speed. The bloodpoints are gained either by eating or destroying things, or by completing various challenges scattered around the island. If you manage to increase the shark's stats enough, you will unlock special moves, such as 'body bomb', which allows the shark to jump out of water and fall back with a crushing force, dealing massive damage to any average boats who have the misfortune of being in your way.


But there is no shortage of those who seek to challenge your position on the top of the food chain. Delay in killing a single dolphin, and the whole pond will come to attack you, other sharks will attempt to feed on you, and those are only some of the marine animals who will fight back. Also, when you kill a noticeable amount of humans in a single area, they will send more and more powerful boats in an attempt to take you out. Oh, and of course, the game features the original music of John Williams. 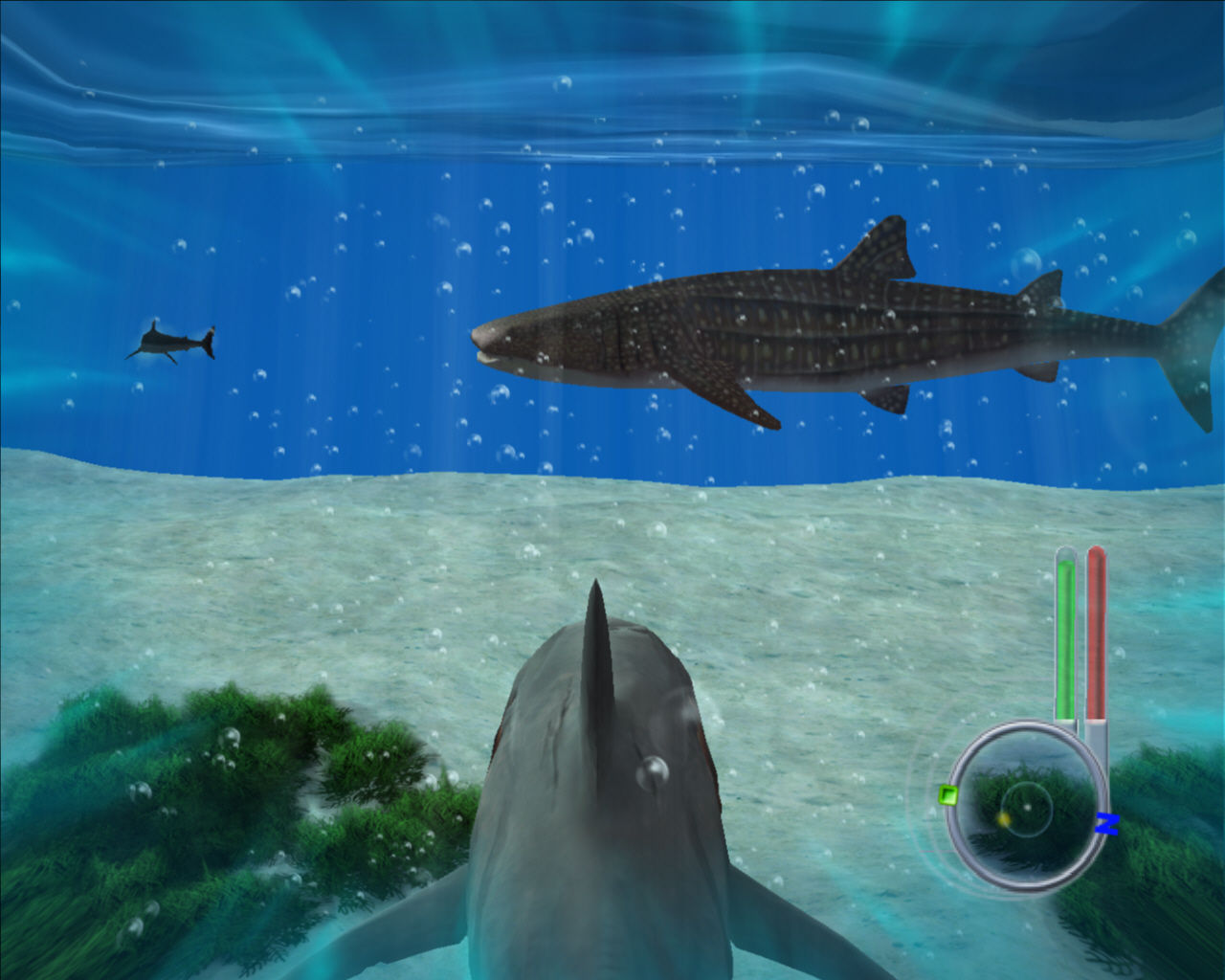 Sad to say, the game became somewhat infamous due to some technical issues. Apparently, not everything went well during the development. The issues included freezing up, problems with the camera and glitches. Oddly, I don't recall experiencing any issues that much myself while playing the game. But there is one issue that probably plagues many who attempt to play it on PC: When trying to install the game, it will give the message ''the wizard was interrupted before Jaws Unleashed could be successfully installed''. Apparently, there was a mess up with the installer – works well on Windows XP, but not on anything more modern. It is possible to bypass the issue, if I'm not mistaken, but it requires a lot of working around to do.


Despite the technical issues, the game was a commercial success, which earned it the derogatory award I mentioned in the beginning. Alas, it wasn't enough to keep Appaloosa Interactive on its feet after other titles that hadn't sold well, which led to the company shutting down not long after the game was released. Which also left the technical problems unsolved. 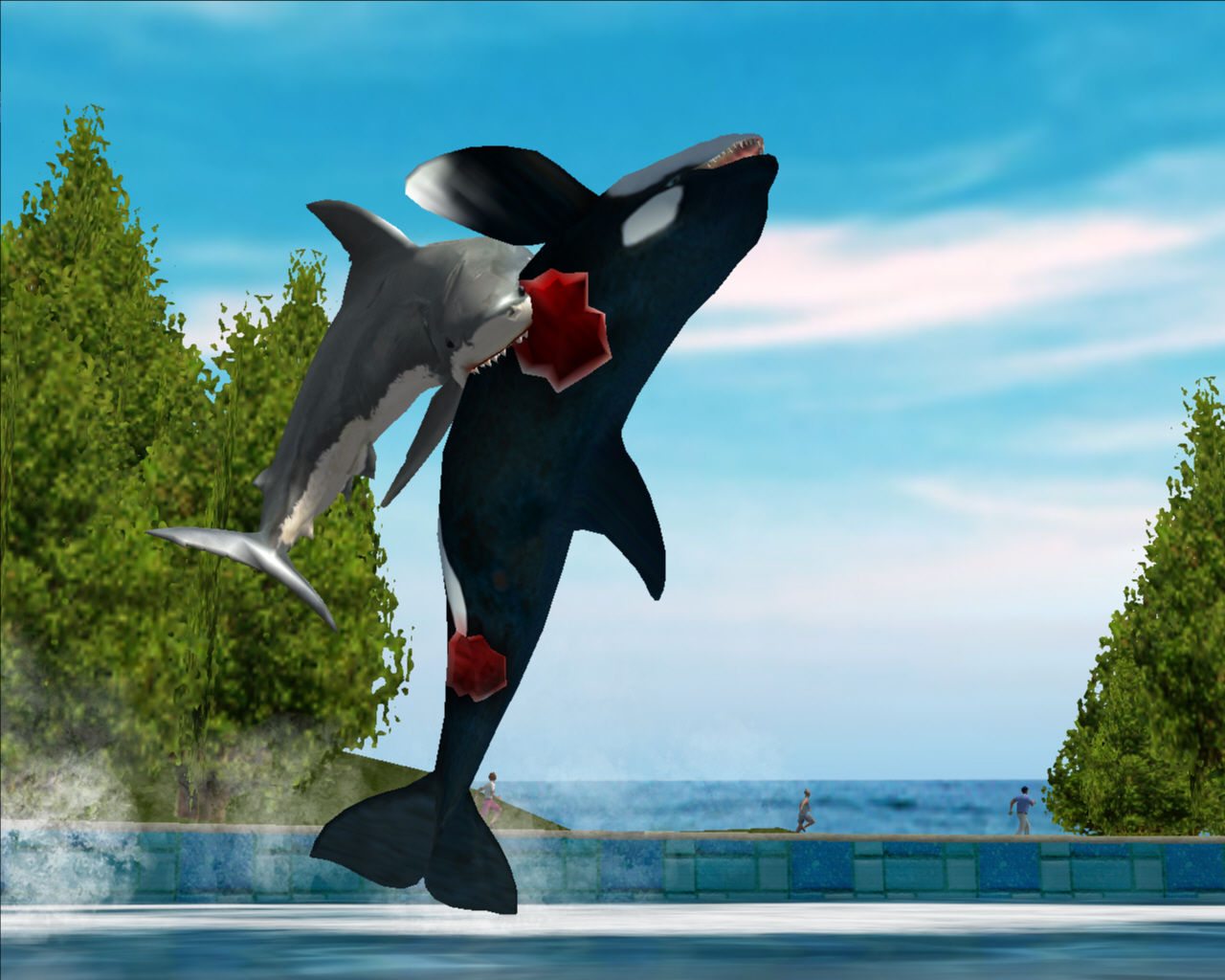 Sorry, Willy, these jaws have officially broken the food chain!


Flawed or not, Jaws Unleashed is for the time being among the (if not the best) single player shark game there is. Actually, I find it a bit sad that there might not be so many such games out there in the first place. Which is why a lot of people, including myself, have high expectations of Maneater, an upcoming game of similar type, which will be available on Epic Games Store this year, and coming to Steam in 2020.


I am shark god Dakuwanga, and I thank you for reading this article!

This game seems low compared to other games.But I like this game is nice game

Such an obscure game to review

may be, the kind of game is not bad, but i don't like this kind of graphic, not real, not cyber, not thing attractive