After watching the FIFA series return to their arcade originally for the last seven years, with Fifa 19, I finally met a game that somewhat interrupted that line.I thought it was a good game for the sake of the series, at least in the next few years, because it is almost certain that EA Sports would be a bit of entropy or something to do away with all this year. If lucky, it will be in a next release, not after the third or fourth update for this year's release.

When I say that FIFA 19 is in something good, I think that there was some improvement over the last year, which in the context of gameplay was the worst part of me in this decade. Although FIFA 19 of its arcade shootout does not give up completely, in this issue, things are finally heading to football that is not hockey on the grass.

The gameplay is at least fifty times slower than in the previous years. His focus is now on precision and control.
The game did not just slow down in the flow of the ball but in the pace of the players' own movement. It is not that sprinters like Bale and Sane are slower than last year, but the defenders are able to keep fit when they step. This may not seem realistic when you miss a chance, but you will be glad when on the other side your footballer saves the situation after your opponent catches a defense on sleep.
The defenders get the fastest sprinter fast as they step.

EA Sports has finally made the effort to expand its strategic and tactical gaming options this year. Now you can finally put the strategy in detail. What's more, you can now have up to six tuned formations that you can change "on the fly" without stopping games and tracking menus. This must have been included in FIFA games in the days gone by, so I will not celebrate it as a big plus, but the thing is that the gameplay is minimally deepened and focused on tactics.

FIFA 19 sometimes, some of the strokes fall stronger than the laws of physics allow. These phenomena are not very common, but they are striking and as soon as they happen, you will know that the physics of the ball is slightly creepy. So, it can not be said that FIFA 19 is quite an authentic soccer simulation. Sometimes additions are made in the impossible corners. Some knocks are more like a projectile. I believe that such things can be repaired through minor updates, but as long as they do not, FIFA 19 is football where occasionally some paranormal events occur.

"Outside the field this year we have a bunch of novelties, but not for all modes. The big redesign has got the classic Kick-Off mode that now counts a number of ways you can play against a computer opponent or in a couch multiplayer."

What's more, FIFA has, after a long time, brought some news to local multiplayer and it should be appreciated. Instead of just playing one game, you can now check out the fun of the game to make the match look just like the volition. Ignore what is "not realistic" - it is fun. Is it realistic to play a football match with a half-time period of five minutes? It does not have to be.

Another nice thing done for a local multiplayer is tracking statistics for each account within the game. If you play FIFA 19 with a regular team, you can now see clearly who has better "score", who is the freelancer, etc. Even now, after hundreds of hundreds of games, it would be great to have this detailed tracking of statistics in some future releases even outside Kick-Off.

Unfortunately, most of the resources this year went to just finish Journey Fashion, which is why Career Mode reappears. In FIFA 19 it's a mode without any real novelty. For him, only the corrections are reserved, the type to get more money depending on what you win, you can look for footballers according to the purchase clause, etc. Actually, the biggest "novelty" for Career Mode are two new, fully licensed leagues (Serie A and La Liga ) within which you will receive a "television" transfer treatment with all the official graphics and most of the stadium.

Of course, there are also new licenses for UEFA club competitions - the Champions League and the European League. EA Sports has been trying to hire a new commentary pair for them, and before the start of the games you will also get special footage of the player's preparation. Most importantly, all the teams of these competitions are officially licensed and that these competitions can be played with the groups as they are placed in reality. It is sad that this is a big deal in 2018, but it is even sadder how much a license for the UEFA competition dropped under Konami.

In a network multiplayer, the mode situation is similar to a single player. One mode gained priority as far as novelty is concerned, and everyone else is the same as in the past years. Of course, this priority mode is the Ultimate Team where you now have the Division Rivals and the opportunity to win new prizes through five rankings on a weekly basis. A new category of "Ones to Watch" has been introduced, where specific players can be won, at this time the most expensive players of the summer transition period.

"In short, if you already knew that FUT turned into the largest cage for money, FIFA 19 will only confirm you. Will anything change based on that knowledge? Probably not."

It has changed not even the visual side of the game. The interface is the same as the graphics itself. The PC version for some reason has no support for HDR. The changes that you see at first glance are not where the game looks nicer but somewhat more functional.
Most things that do not match you can be adjusted. Like the mechanics of timely finishing, fast games, slow games ... Almost all you can set - besides FUT is fair without the extra money.

The biggest success of FIFA 19 is that gameplay has returned to the right track and what after seven years I can say - yes, it is better than last year. Or at least - enough is different to be better. With the positive changes in gameplay, the addition of prestigious licenses to UEFA competitions and the expansion of options for local multiplayer, FIFA 19 has made a move forward, not to say the momentum for the future.

If you dont believe that is reupload here is the picture :) 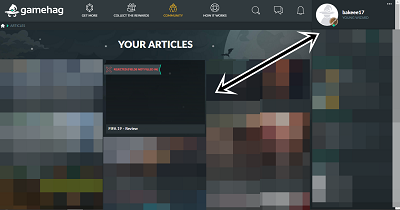 I don't love football-soccer but this is good

Looks good to me

fifa always the same, they need to remake the game so they can add new stuff