The previous Fifa was revolutionary and brought the most significant innovations since the introduction of the new engine. Fifa this year is not so innovative, but it's still a top-notch soccer simulation. More specifically, what is new in FIFA 13 is actually a welcome cosmetics, despite the fact that there are always places for greater advancement (if nothing, then as a Career mode). But let's leave this shortage of real novelties aside, is there something in the new Fifi that could be characterized as a wrong step?

"This is the fastest FIFA in the last few years, but is it good or bad?"

There is FIFA 13 is not only the fastest selling FIFA ever. It is also the fastest FIFA in the past few years. Namely, what was previously considered the Normal setting for the speed of the game is now far more vivid in the sense that the action on the field is now about 30% faster. In practice, this means that the great novelty of the tactical defense since last year has somehow fallen into another plan. Since the players move much faster, and the actions are more dangerous in that it was never easier to get out of the game before just one wrong move. As a rule, FIFA 13 is not football in which you will see a lot of violations. Instead, it's fast football as it normally sees in El Classico - a real spectacle of quick penetration, controversy and imaginative action.

What's wrong with that? So you've seen this game in the previous Fifa only if you played with five-star teams. Now they also play three-star teams, whether it's a computer opponent or an online opponent. And again, you will ask the same thing: what's wrong with that? The answer is this: we do not want Fifa to continue this way because he's a bit reminiscent of her arcade roots, and we see realistic simulation under fun football. Of course, the smart will say that it is enough to just change the speed of the game to slow, which is why this is not a real minus. This is true, but it is not always feasible in a network multiplayer. 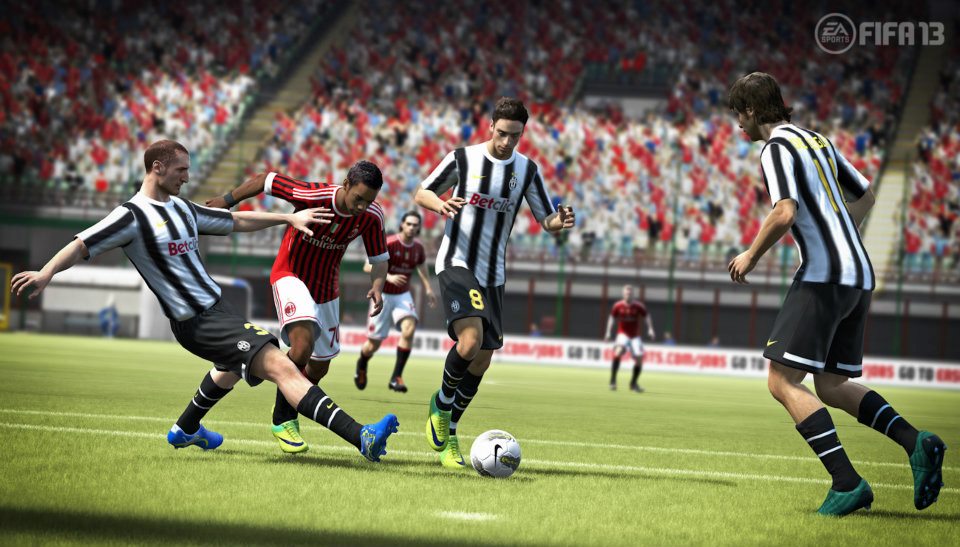 The speed of the game in one hand also invalidates the improvement of artificial intelligence of rival players. In Fifi 13 it is easier to score, but not because the AI is weaker. The quicker the flow of the ball and the better opening of the match, the more often you get to the imaginative actions with which you are dominant over the rival. And the same rival is actually smarter than ever. And he has some more elaborate actions, far more often uses any kind of fine, and he is not afraid to get out of the distance when he is in a seeming chance. How is it then possible that Fifa 13 is generally easier if the opponent is more intelligent? It is precisely because of this speed, which is visible when you replace computer AI with a real online player.

But good - what is it - even this fast football does not look like hockey. In addition to this change, the field also emphasizes the introduction of more advanced behavior of the ball at the first contact with the player. To be more precise, if you directly add a ball to a sprint player, it will be a few meters away from his feet. Likewise, if a less capable player does not catch a good ball in the air pass, she will bounce and will not be able to enter the sprint. This addition is certainly welcome for the reality of the game, but we understand that it will be necessary to work on it in the future so that the animations of the first touch with the ball are more diverse. 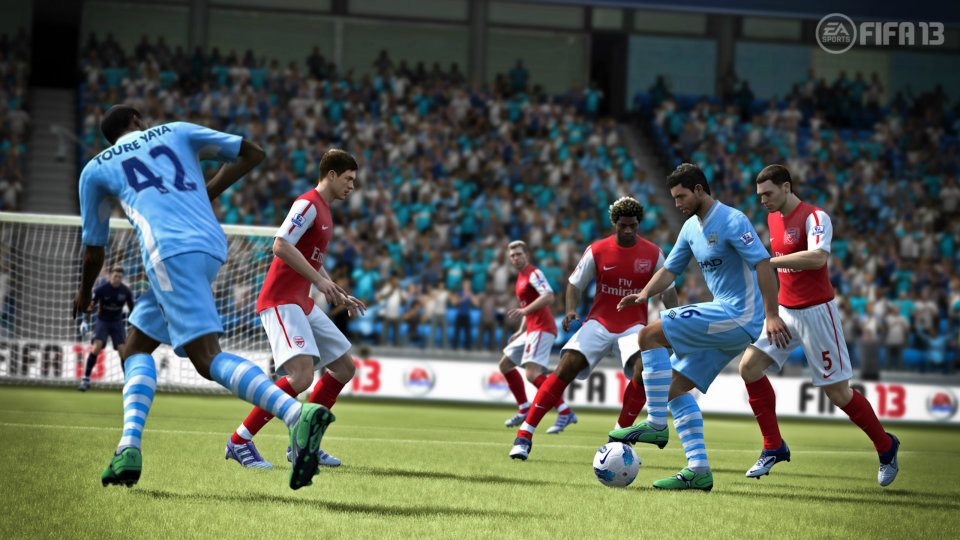 Of the other innovations on the ground, there is an expanded free kick system, but he is a more cosmetic addition when the game is not so common in the game. On the other hand, a series of minor news is available outside the grassland event. The EA Sports Football Club and the gathering experience now have a new dimension. Any winning level unlocks something in the Football Club - whether it's specific equipment (jerseys, hoops) or some kind of convenience for Virtual Pro players like new celebrations, skill boots and the like.

Network challenges are also richer by introducing the so-called. Matchday. For example, for each team, four next games are played in real seasons. The specificity is that EA Sports keeps the form statistics to each team and modifies the team and player ratings accordingly. The thing is simple - if a team does not reach the goal in the real season in a real season, their attack rating will be significantly reduced. The form is refreshed on a weekly basis and does not cost you anything, and that's good news because EA Sports is like this, even at the experimental stage (then called Addidas Live Season), a couple of years ago it paid a monthly fee. 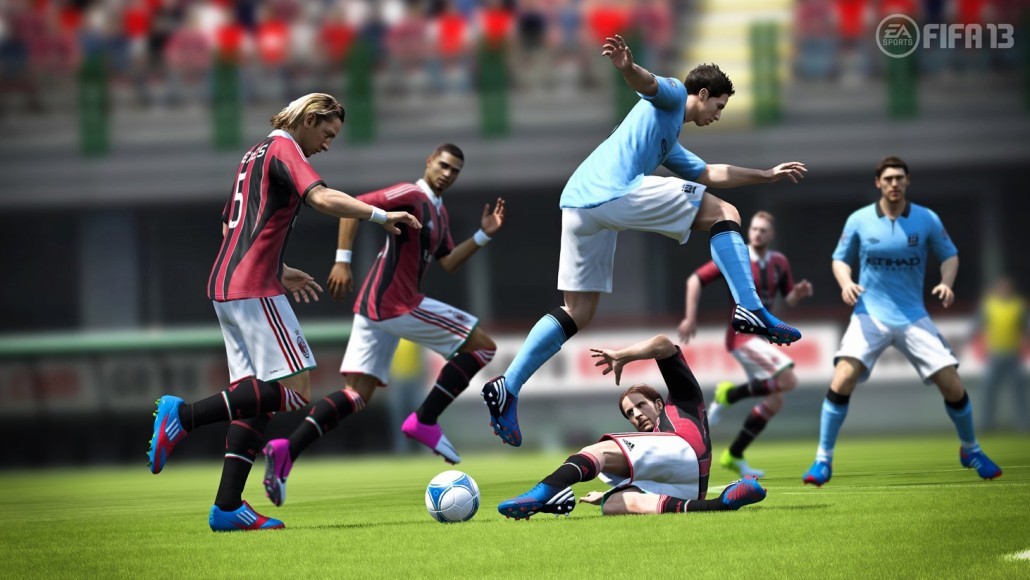 Fun mini-games will fill the loading time before the game.

The available modes offer career, online season and ultimate team. Each of them has been added to a new story, but it does not seem worthwhile to enter into these details. It is worth mentioning just the addition of the so-called. Skill gamesa that appear randomly before the match. In total, there are eight games in which you test the skill of adding, shooting, penalizing and free kicking, dribbling, loading, etc. at four levels. These mini-games are fun and addictive, but in reality they do not bring any real motive to be anything more than content that will fill the loading time before the game; loading which (at the PC) lasts at most five to ten seconds.

Visually, the game did not make the slightest progress if you do not count on the introduction of some new stadiums. Recognition in player's looks still varies. The more familiar they look familiar and natural, and they are less familiar and not. Licenses are abundant, but you already know who is missing. On the sound side, nice refreshment was given to commentators. 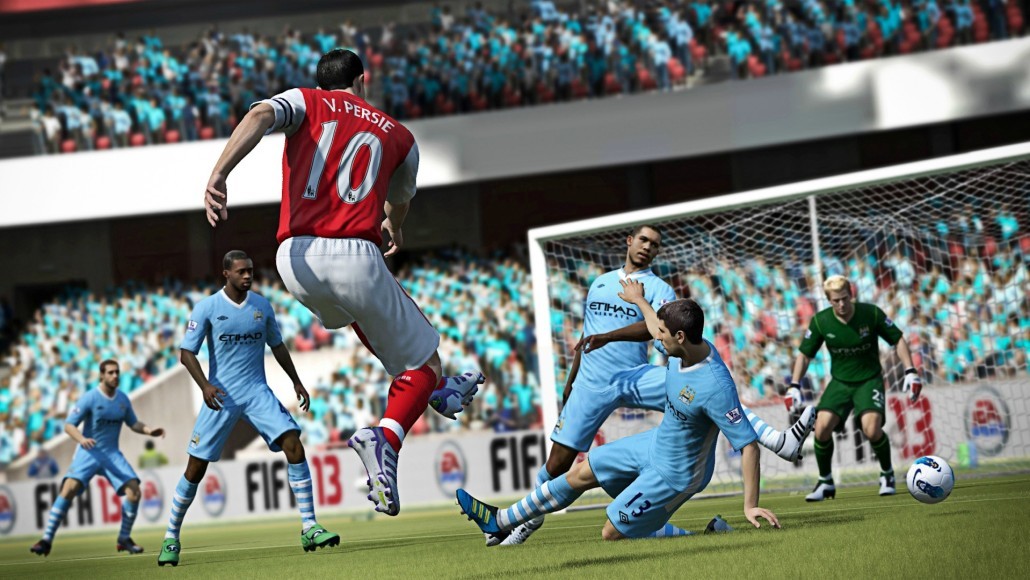 Field notification has been introduced when a player is injured, and other matches are played in the same time. This occasional reporting can be tense as commentator Alan reports on every goal, penalties or exclusion from other matches, but luckily it is possible to choose precisely how much and which matches you will follow. In addition, the vocabulary of standard commentators has been expanded and it has to be acknowledged that the transfers are very convincing, and from the commentator you can even learn something about each club, or their current state or recent history.

Now that I've told you everything about the new Fifi, we need to get everything black and white. Is this a good game? Yes, this is a title that contains many modes, has a good network component, and promises hours and hours of fun. Is this a better Fifa than last year? It's one point, but that does not mean it's so much better that you absolutely need to extract 400 kunas if you already have Fifa 12. Is it better than what we said not to mention? The tastes are not discussed, but the next fact is: this year two sports simulations did not make the same leap - one jumped up and the other in the long. After all, I have the impression that these jumps are no longer so important - the one who has loved Fifa so far will still love him. The one who is not, in the new edition, will never find anything unseen and new that might attract him. And so, we believe this year's equation in the case of football simulations is finally solved. 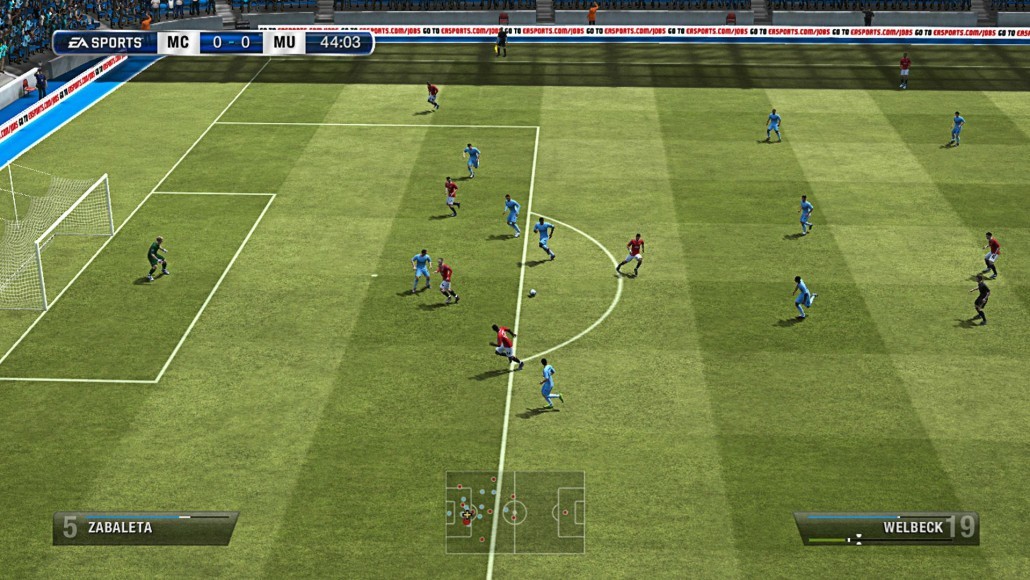 Fifa12 then this were probably the best in the Fifa series

It was a great game at the time of fifa 13

nice article i really like it bro thanks for all

the fact that you wrote the disclaimer at the top makes it kinda suspicious.
Soo.. idk

the memories that i will never forget ;)

fifa better then pes but the twogame was great

the fact that you wrote the disclaimer at the top makes it kinda suspicious.
Soo.. idk