In 2077, the United States was destroyed by China's total nuclear attack, and you are one of the few lucky war survivors buried deeply in the vaults. So begins the plot of every game from a well-known RPG series, Fallout.

Fallout 4 is the fourth game of the series, and you are one of the last survivors of Vault with the mark 111 that is looking for his kidnapped child. You were frozen in Vaults with the intention of being defrosted many years after the end of the nuclear disaster. Because of the failure of the system, no one remains alive apart from you, your spouse and the baby being captured by strange criminals, the same ones that will end your spouse's life by the gun. If we add to this the fact that you have been frozen for over 200 years, your character is, in fact, the last living man who remembers when the bombs began to fall, and America became a nuclear desert. 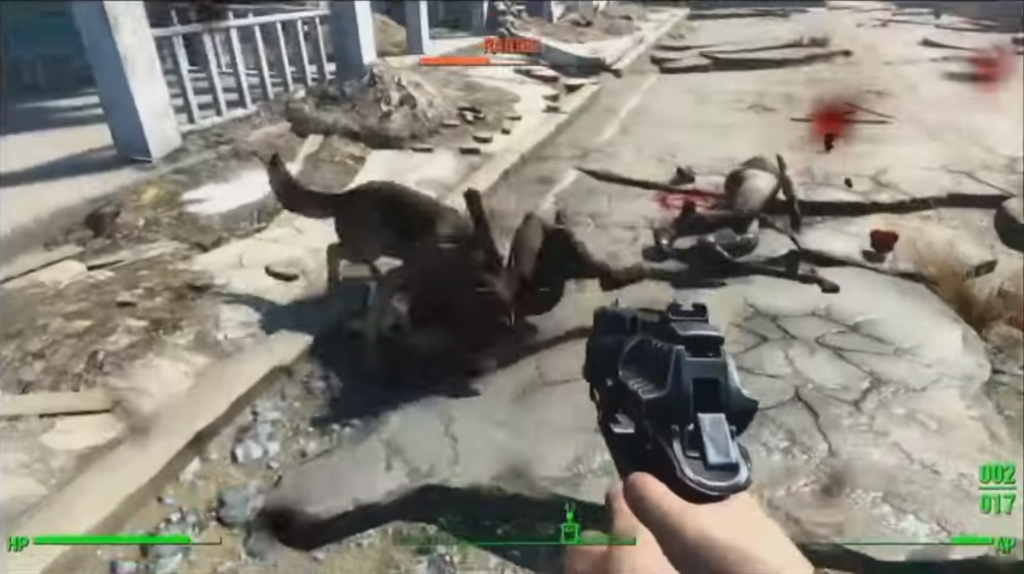 From the very start, it's clear that Fallout 4 is a quite well-designed game. For example, making a character is embedded in a prologue where you can spend almost hours in front of a virtual mirror by creating the look of your character. Characteristics and capabilities of your character are defined by S.P.E.C.I.A.L (Strength, Perception, Endurance, Charisma, Intelligence, Agility, Luck) attributes that can range from 1 to 10 and perks that have ten levels for each attribute, each with several levels. This system allows you to design your character and experience Fallout 4 in the way that suits you most. Do you want to be a silent killer from the darkness that kills opponents with a sniper from a distance? Maybe. Or you prefer a face to face combat? Maybe. A favourable loan? You can not have, banks are not working. 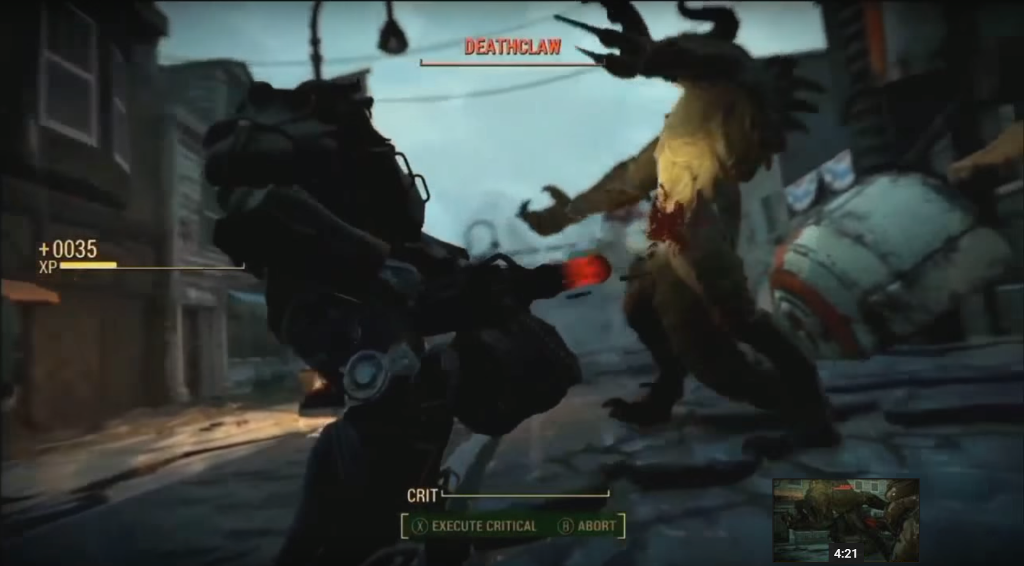 You start the game in a vicinity of the ruins of the city that was before the war called Boston and with a not so powerful weapon. However, Fallout 4 is designed to speed up the initial progress, and you will be able to get into the possession of the Power Armor, Minigun (which you will take off from the aircraft) after an hour, hour and a half of the game, and you will also be introduced with two new moments that have not been seen (in this form) in the Fallout series: the modification system of weapons and armor and the settlement system. You can modify every piece of weapon and armor. And the armor can be further strengthened, which will increase the level of protection against various types of damage or you can add more pockets, which will enhance the ability to carry more weight without penalty on the speed of movement. On the other hand, Fallout 4 offers an option of the making of different settlements. Namely, during the game, and for the first time already at the very beginning, you will have the opportunity to settle people in your chosen locations for whose well-being you must provide food, drinking water, electricity, organize the defence, and similar. Be prepared to spend hours in making shelters, planting vegetables and setting up weapons. Time invested will surely pay off when after a while you get the opportunity to bring in various traders, and it should be said that some of them will have best pieces of equipment in the game. 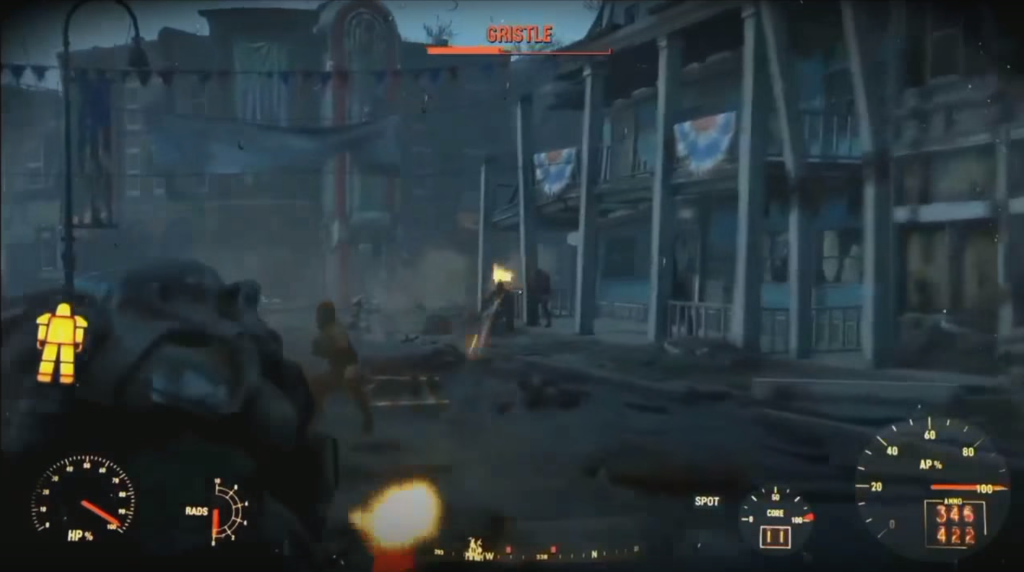 As in the previous titles, the most beautiful part of the game is wandering and exploring - with the dog of course, unrelated to the main mission. This time, Bethesda surpassed itself, and the game will not force you in the direction of solving the main quest. When you explore the surrounding places to your heart content, a demand for resources will drive you deeper into the world where you will discover new societies, new settlements and people. Here you will literally build the world with a mechanics that transforms all the loot into fences, walls, floors, buildings, beds, televisions, generators, water pumps, defence robots and the whole system is surprisingly detailed. 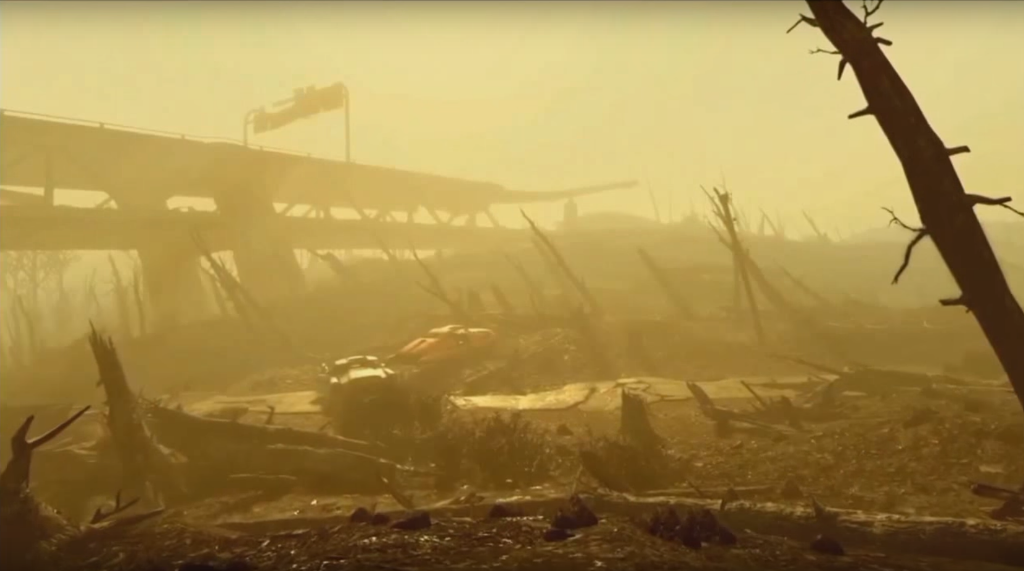 The combat was done fantastically, so much that it can be compared with some FPS games, as much as it can disturb RPG fans. In basic mode, you will shoot your opponents, and they will shoot you in real time, while pressing the "Q" key opens V.A.T.S. (Vault-Tec Assisted Targeting System) that will transfer you to a  system where time is slow, and you can target specific parts of the opponent's body, and each action costs a certain number of action points that are updated over time as long as you are outside of VATS . In case you hit an opponent in the vital part of the body, you do more damage. If you wound him in the hand with which he is holding the weapon, that will decrease his precision or even better kick the rifle from his hand, and a good hit in his legs will deprive him of the ability to move what is worth remembering when you find yourself face to face with dangerous enemies. 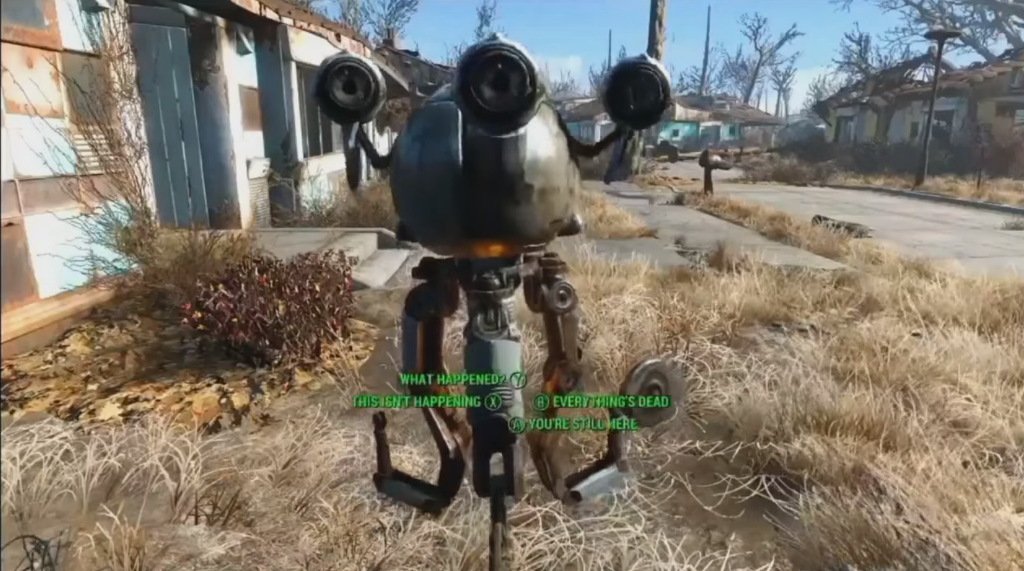 The focus of the Fallout serial is more and more on the action, and the game is simplified to be more accessible to as many players as it can and not just to the fans of the genre. Nevertheless, Fallout 4 will be a great experience and a great game ...