Darksiders is the first game from the Darksiders series . The game features War , one of the  4 Horseman's of Apocalypse. He has to find out who started the war between  angels and demons in order to punish them. He is considered one of the most powerful characters of this universe , along his brothers and The Council which has to keep order and balance until " The Kingdom of Man" (humans) are ready for the final war ( apocalypse). 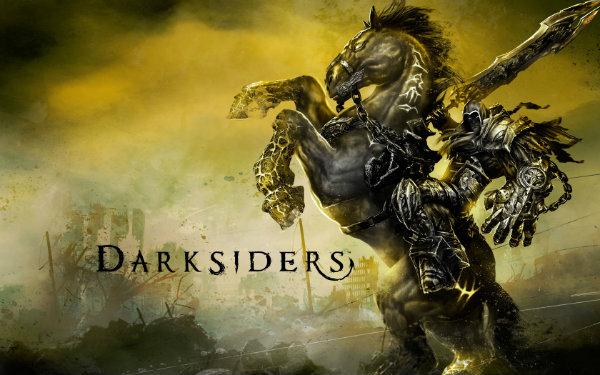 Story
The game starts with War arriving on Earth where the war between  angels and demons started , with the mankind being in the way. The war starts killing everyone until he finds  Abaddon , the leader of the angers , he tells War that the final seal is not broken and he was not summoned , he is distracted and killed by Straga , the king of the demons . War fights Straga but he gets almost killed , he is saved by The Council  which accuse him of braking the balance and he is tasked with finding who summoned him and punish him . He is linked with The Watcher a creature with can kill him if he's not obeying.
When War is send to Earth ,  where the kingdom of hell destroyed almost all the angels he starts by helping Samael to regain his power in order to send him to the tower where he can find The Destroyer. In the tower War he finds an angel named Azrael known as the angel of death ,  he tells War that him and Abaddon  started the apocalypse early in order to have better odds of winning . War is forced to keep his quest and kill The Destroyer.
War kills Straga in order to help Azrael  which takes him to the Tree of Knowledge where he finds out that The Destroyer is Abaddon   and he is protecting the last seal. He also sees that The Watcher will betray him and The Council already knew everything.  War is helped by Ulthane to forge the Armageddon Blade.  He kills The Destroyer and get's stabbed in the back by The Watcher , but Uriel brakes the last seal and frees War and the rest of the horsemans comeback. The end! 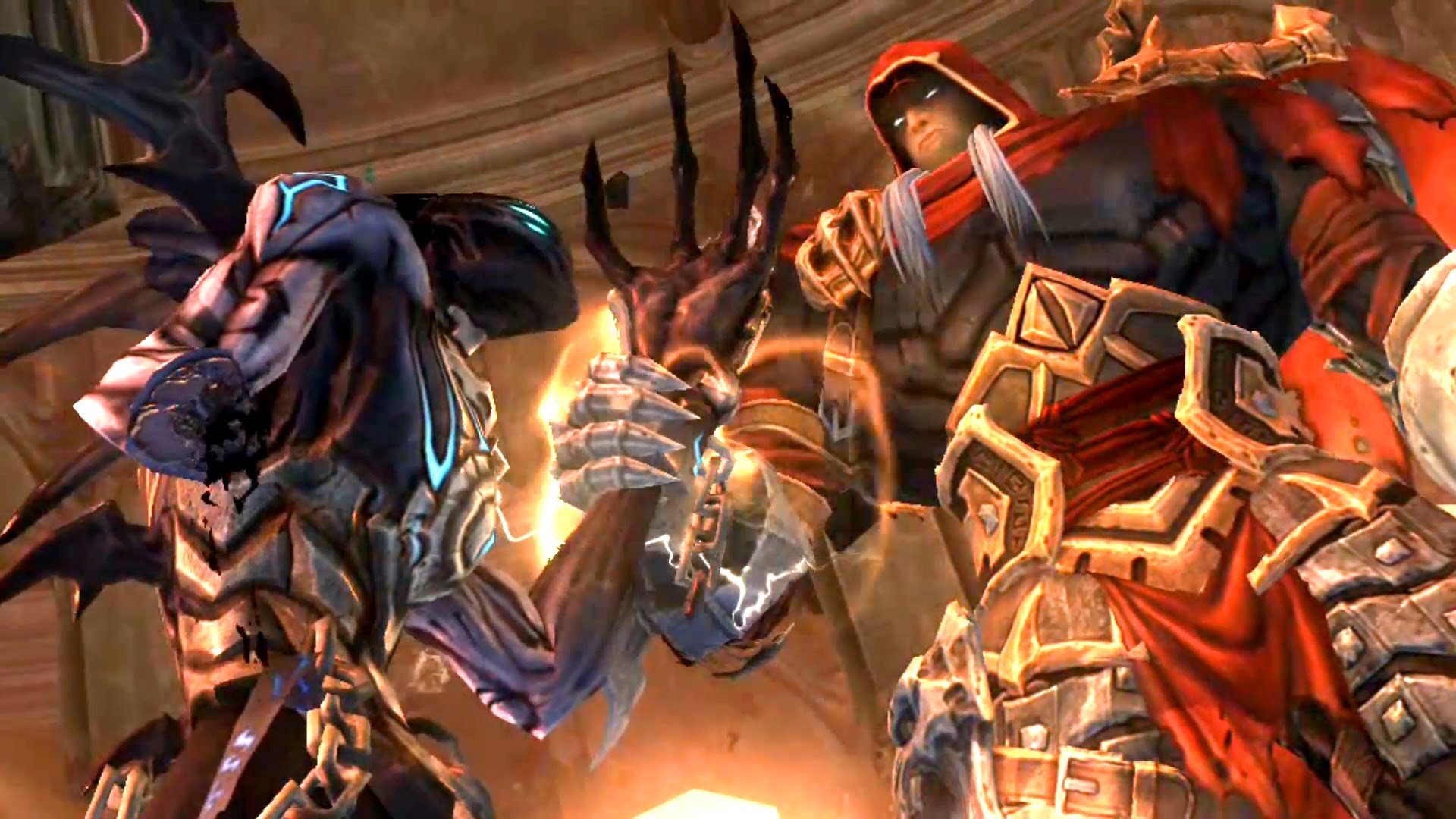 Gameplay
War starts not very powerful , he is able only to use his sword , Chaoseater , along the way he get's a scythe , a pistol , and some other weapons. The attack system is combo based . The War also has a Wrath meter which once filed he turns in a fiery dragon. Along the game he earn souls by killing enemies which help him upgrade the abilities , weapons.  After some time he also gains the ability of summoning a horse , and fast travel. There are also secret chests around the map which offer a new armor (there are 10 parts) called Abyssal Armor , souls , etc.  The game is puzzle based , you have to use your abilities and weapons in order to pass the levels. 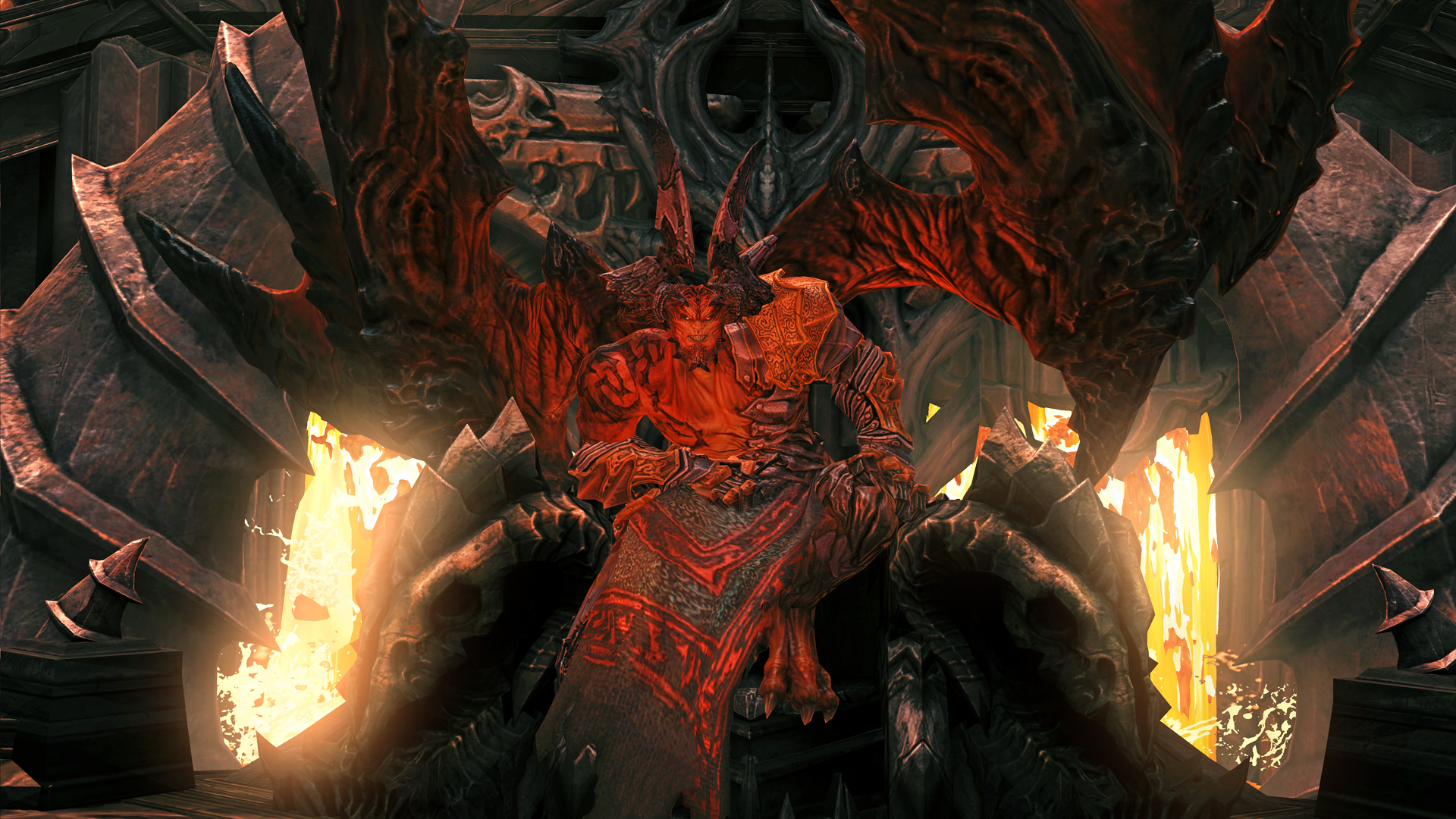 My opinion about the game and should you buy the game?
In my opinion the game is one of the best games from 2010 , maybe the best , i love the idea of good and evil fighting with a more powerful force stopping them . The first cinematic is just so cool and real , you think you are watching a movie not a game. The plot is really cool , very well made and the characters are taken from the Bible. Even tho the game is 20€ is still worth the money , you have around 20 hours  of gameplay which are not that bad. Overall the game is worth it and i hope you enjoyed my article.
-Merisor

the storyy is always captivating

Wow a lot of usefull information.