DISCLAIMER: MYSTERY24 ASKED ME TO RESUBMIT THIS ARTICLE BECAUSE THE LAST ONE DOESNT HAVE A THUMBNAIL*
What is Cities skylines?
Cities: Skylines is a building game developed by Collosal Order and released by Paradox Interactive in 2015.
A lot of people said it was better than Simcity 5.
So let's begin the review shall we? 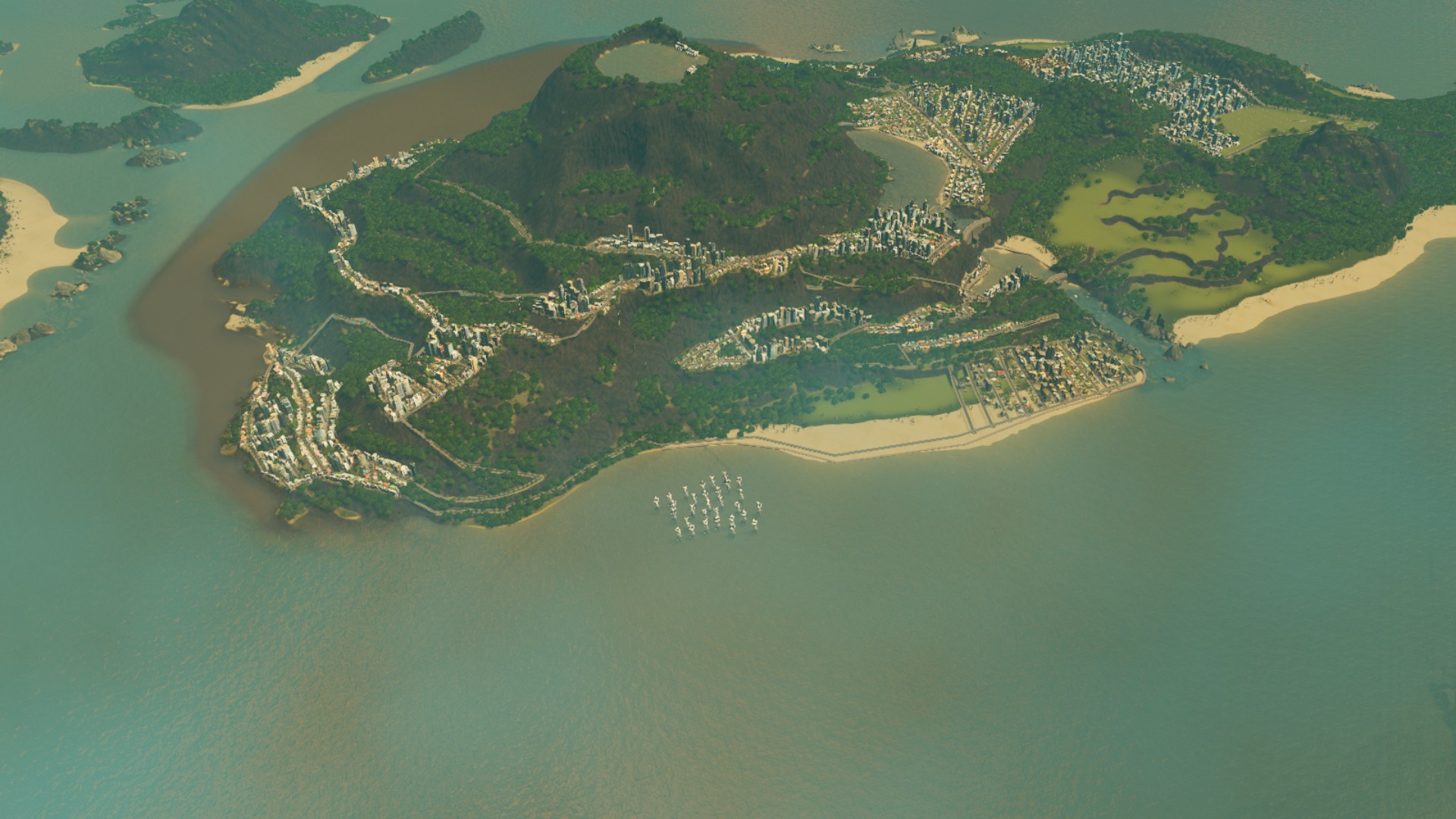 EA and Maxis completely missed out on their latest SimCity game. Not only the gaming options, but also the need to always be online have caused many problems. SimCity had to fill a void in the genre that has grown ever larger since SimCity 4 in 2003, but only did so halfway and left a dirty aftertaste behind. Cities: Skylines is a newcomer in the genre that makes an attempt to fill the gap and perhaps does better than that the small Finnish developer Colossal Order would have dared to dream.

Mega cities:
The biggest draw of Cities: Skylines is without a doubt the size. You start every city with an area of four square kilometers. It is a fairly limited size, but it is easy to compare with the limited construction space that SimCity offers. Fortunately, after the area has been fully built up, it soon becomes possible to expand that area and to purchase parts of the surrounding land. Ultimately, you can build an area of up to 36 square kilometers, which guarantees an impressive mega city.

The landscape varies in appearance and climate, but cannot be adjusted in-game. It is therefore not possible to turn a mountain into a flat piece of land or simply place a hill somewhere. For this you can go to the map editor, where you can tinker with an area to your heart's content. The maps that you create can also be shared with other players via the integrated Steam Workshop option. A number of mods can also be extracted, of which thousands are already available, including one that gives you the option to use an area of 100 square kilometers

The raw materials that it entails are important when purchasing a new piece of land. Maps contain water sources, but also hotspots with oil, ore, forests and fertile soil. These four can be used to set up different types of industries. For this purpose, it is possible to build districts in Cities: Skylines and have them specifically focused on agriculture, for example. It is a choice that you must make that affects multiple levels. For example, environmental pollution, noise pollution, income, level of education, water supply and trade all play a role. What you do is up to you and there are many different outcomes. For example, it is also possible to completely ignore the industrial areas and only build offices. This creates many jobs for highly educated people and less pollution. However, the stores in your city do not receive goods from the local industry and must therefore import everything from fictional neighboring cities. A good connection to those remote areas is necessary here, which in turn can lead to new problems. 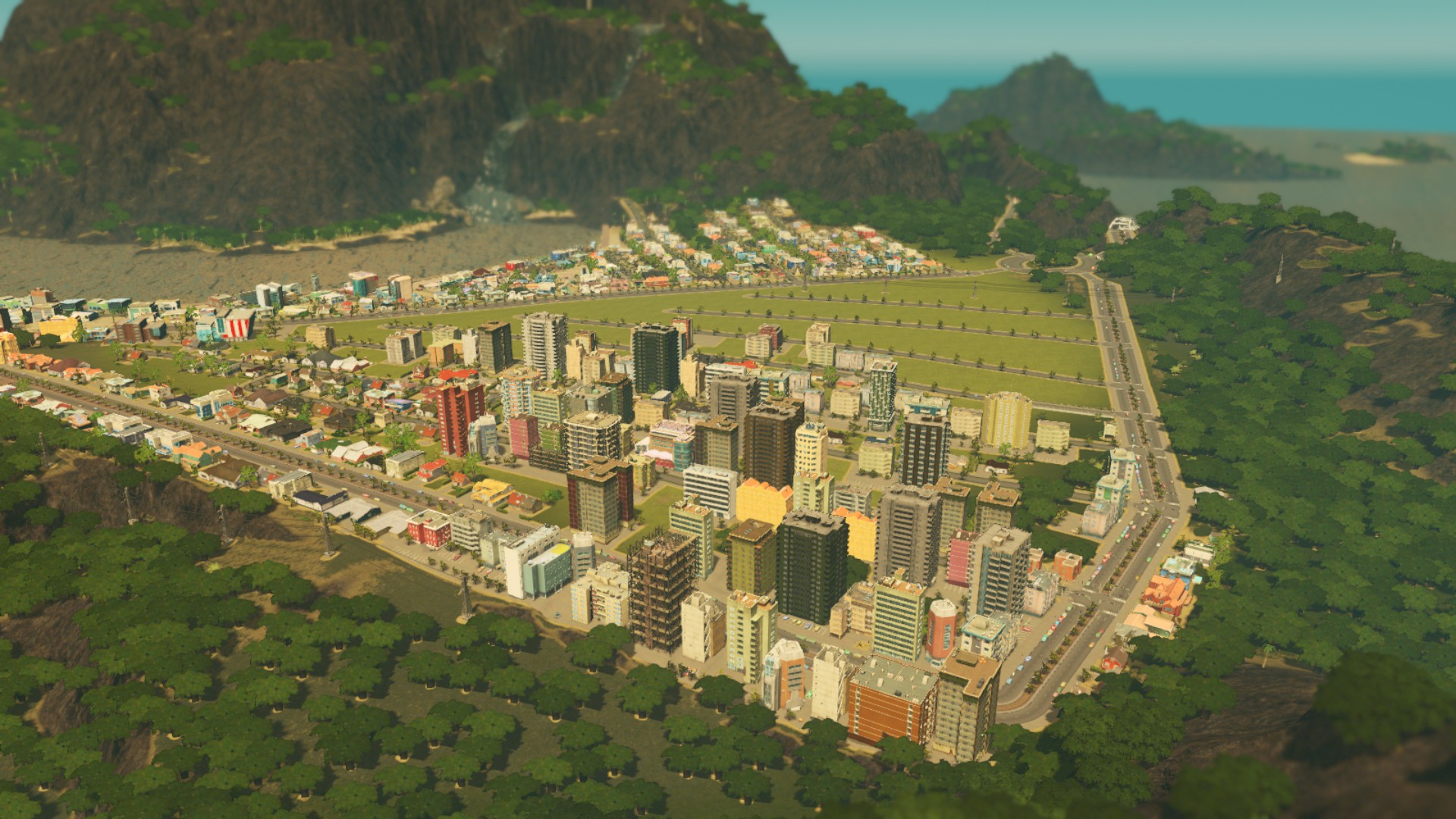 Adding districts therefore has a real function. You can also change policy and tax rules per area. For example, various environmentally friendly laws can be established; is to adjust the drug policy; there are tax levies or surcharges to be set; and it is possible to exclude heavy traffic from the section. The latter can be useful, for example, if a residential area is used by trucks to reach busy industrial sites. By prohibiting that, you make the streets a lot more accessible and you reduce noise and traffic jams.

Infrastructure:
Cities: Skylines is not the first simulation game from the Finnish developer. Colossal Order has already released two transport simulation games for this: Cities in Motion 1 and 2. That transport plays a huge role in Cities: Skylines is no coincidence. It is without a doubt the biggest challenge that the game offers. The construction of roads is very simple, but the construction of a properly functioning road network offers an immense challenge. Everything revolves around this initially, but really everything: traffic jams; traffic jams; garbage trucks; trucks that pick up and deliver goods everywhere; commuting; corpses of deceased people to be picked up; fire trucks that must extinguish a building that is set on fire in time; and so the list goes on for a long time.

In addition, there is more to do when building the right infrastructure. You also have to take into account the construction of bus lines, metro lines, train tracks, ports and airports. Resolving these logistical nightmares takes a lot of time and leads to frustration, but if you succeed in turning a bottleneck into a successful organism, it will result in a special satisfaction that is in some way very addictive. It even goes so far that the undersigned, the website of the Deutsche Autobahn, delves into information about functioning systems and am fascinated by Dutch infrastructure during daily life. 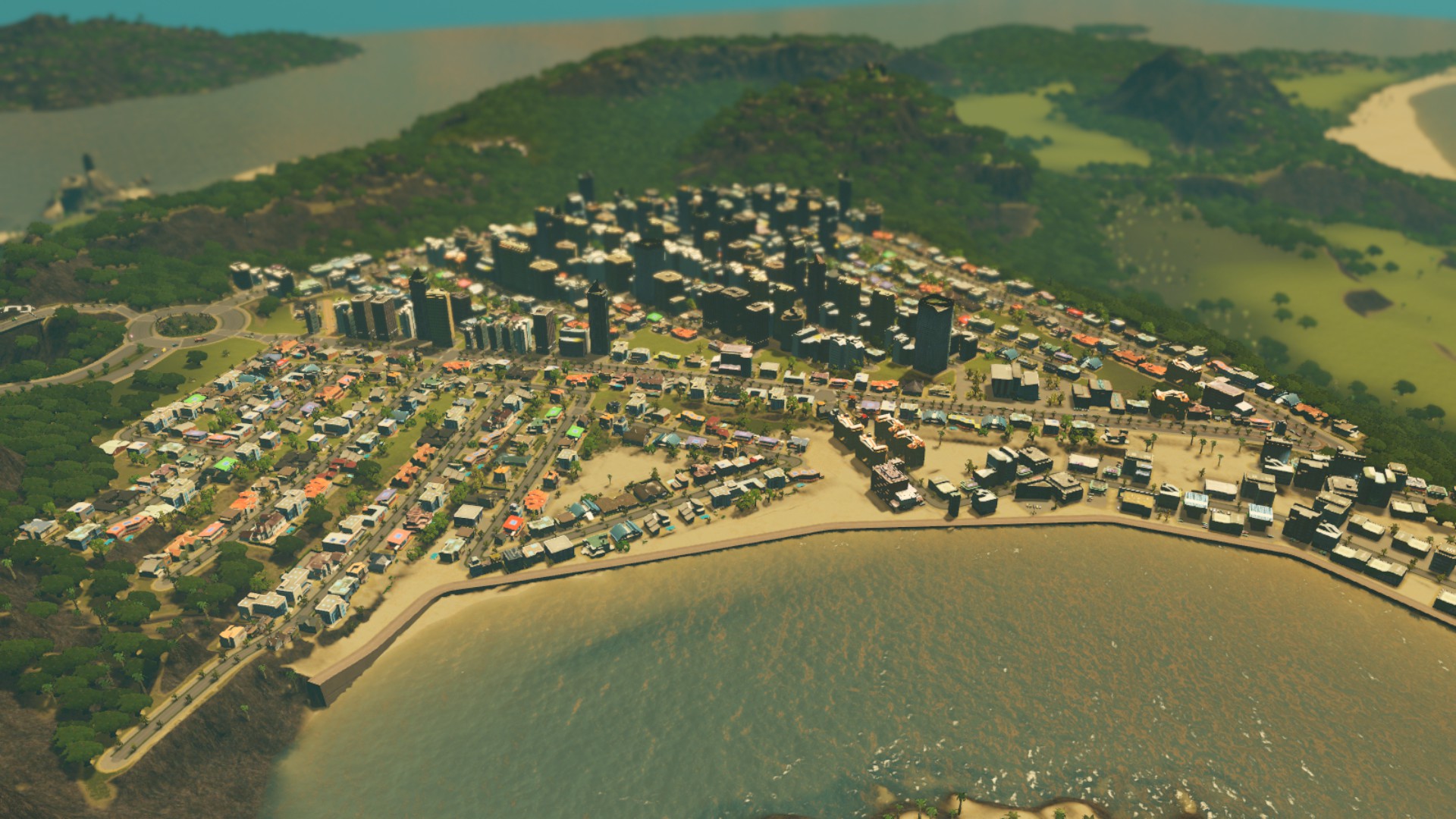 Challenge and mods:
To finance all this, you have to take into account the taxes, your incomes and expenses. For example, there is a bank that provides loans and it is possible to determine the tax for homes, shops and industry. That is something that doesn't bother you much, since you mainly have to find the balance and then never encounter problems again.

Buildings (houses, shops, industry, offices) are constructed via zones. If there is enough demand, they are built up automatically. That question depends on the services in the area. This consists of the coverage of hospital, police and fire brigade buildings, schools and parks. In combination with the presence of pollution, nuisance and accessibility, this ensures whether an area is increasing in value and whether the area is in demand.

If that is the case, Cities: Skylines is a pleasure to watch. A growing city really seems to live. Especially if you zoom in with the camera to the ground level and every resident, car and building can view and follow. From a grandmother walking her dog to heroic firefighters trying to extinguish a school full of children: you can see it all. Beautiful.

Incidentally, the inhabitants of the cities have little to complain about. A real threat and end goal is missing in Cities: Skylines. No protesting people, no earthquakes or tornadoes and there is no question of enemy aliens. It is sometimes even harder to help your city than to grow it. On the one hand that is fine, but sometimes it just feels too easy. After constructing an infrastructure, the game therefore misses a real challenge.

CONCLUSION
Cities: Skylines does everything right that SimCity did wrong. It offers the opportunity to build huge world cities in which infrastructure plays a very important role, resulting in both frustration and satisfaction. You can see a flourishing city come to life beautifully by zooming in on it. However, building a well-functioning stronghold is sometimes a little too easy, so that the limited supply in buildings is also noticeable. Fortunately, the fast-growing community of mods offers a solution through the integrated Steam Workshop, so that Cities: Skylines only gets better and more fun.

Here's The PC Spec of this game (Taken from steam) Windows spec;

Nice game and article! I will get the game and I rate the article 10/10!

EA and Maxis completely missed out on their latest SimCity game. Not only the gaming options, but also the need to always be online have caused many problems. SimCity had to fill a void in the genre that has grown ever larger since SimCity 4 in 2003, but only did so halfway and left a dirty aftertaste behind. Cities: Skylines is a newcomer in the genre that makes an attempt to fill the gap and perhaps does better than that the small Finnish developer Colossal Order would have dared to dream.

It's the third time I'm reviewing this. Is it resubmission or what?