Call of Duty: Modern Warfare 3. One of the best Call of Duty games ever published. It must be admitted that the three series of Modern Warfare was the best CoDs I was able to experience. The Call of Duty Modern Warfare 3 was not only an excellent game from the user's point of view, but it was also a successful game from the Reviewers. The game won "The Spike Video Game Awards" in 2011, won the Best Shooter game of the Year and was also nominated for the Best 2011 Multiplayer game Award. The PC version of the game was not as good as the consoles However, even PC users have enjoyed enough.

Most likely readers of this issue have already experienced the Call of Duty Modern Warfare 3 and have touched on the attractiveness of the game. Although many new versions of the Call of Duty are now available, the MW3 is officially an old CoD, but it's still a great game. Over the years, I still hear good old memories of the game from my friends. In this article, I intend to revive the past for you, so stay tuned.

In Call of Duty Modern Warfare 2, we witnessed the betrayal of Shepherd. the person who killed Ghost and Roach was eventually killed by Captain Price and Soap MacTavish. The Call of Duty MW3 story begins a few hours after the death of Lieutenant General Shepherd. Your main enemy is Vladimir Makarov. Makarov is not only one of the best characters in the Call of Duty history, but also many believe that he is one of the best negative characters of the all time. Makarov is a former member of the Spetsnaz (Special Forces of the Russian Army). In addition to fighting skills, Makarov also has high intelligence and extraordinary tactics in military affairs. Makarov also was known as Zakhaev's executioner. The Russian Army was forced to abandon this soldier due to his brutal actions against Chechen people. One of the most important points to make is the strong characters of the game, remembering them after this long time is the game's magic. Makarov is perhaps one of the best negative characters of history, Captain Price may be among the most popular characters in history, even though Yuri plays his role well in MW3. The story of the game is so appealing that it's hard to find a word or a sentence to describe it. 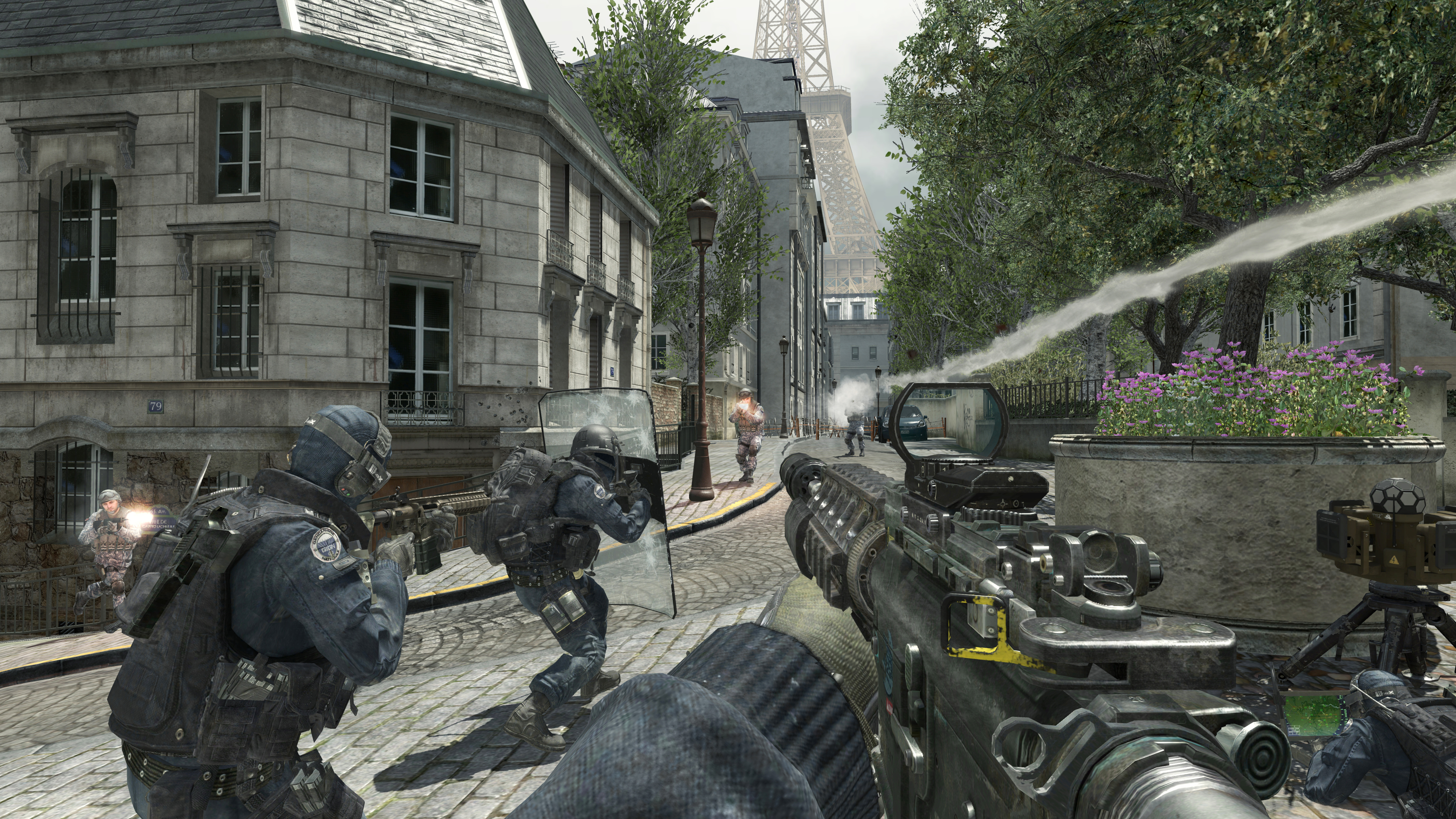 The overall style of the gameplay is not very different from other versions, FPS fans will love it. On the other hand, people who are not good with first-person shooter games, maybe MW3 is the best game to start this genre. The Campaign section is in the best, both storyline and gameplay are unique. Unlike most of the games that their single-player part is not worth to play, Call of Duty Modern Warfare 3 features a memorable single player part. The first complaint is the story duration, it is short. Call of Duty MW3 has 4~5 hours of nonstop playing story, in my idea, it is not enough, I'm not saying that it is not a good story but it is too short.

There is also a multiplayer part. Other than that, if you'd like to spend more time on the online game, I'll offer you the Spec Ops. Spec Ops is a mode of the game that gives you 16 missions and in fact complements the storyline of the Campaign game. This mode has already been seen on CoD MW2, and you may be familiar with it. You will experience more combat at Spec Ops. World-class struggles that have a fairly good variety of stages. From stealth mode to bigger struggles you can experience this mode and solve your thirst for killing more enemies. In general, Call of Duty Modern Warfare 3 fights are tedious and you eventually will be tired of them. You can also play the Spec Ops section as a single player and as a Co-Op. In this mode, Call of Duty MW3 has fewer missions than it had before, but by unlocking more missions, Survival Mode is also unlocked for the player. The Survival mode is also present in other CoDs. You're only dealing with artificial intelligence in Survival Mode. In each wave, enemies will attack you more than the previous wave, and eventually, your destiny is dead! A person who can survive more than the rest is actually the winner. 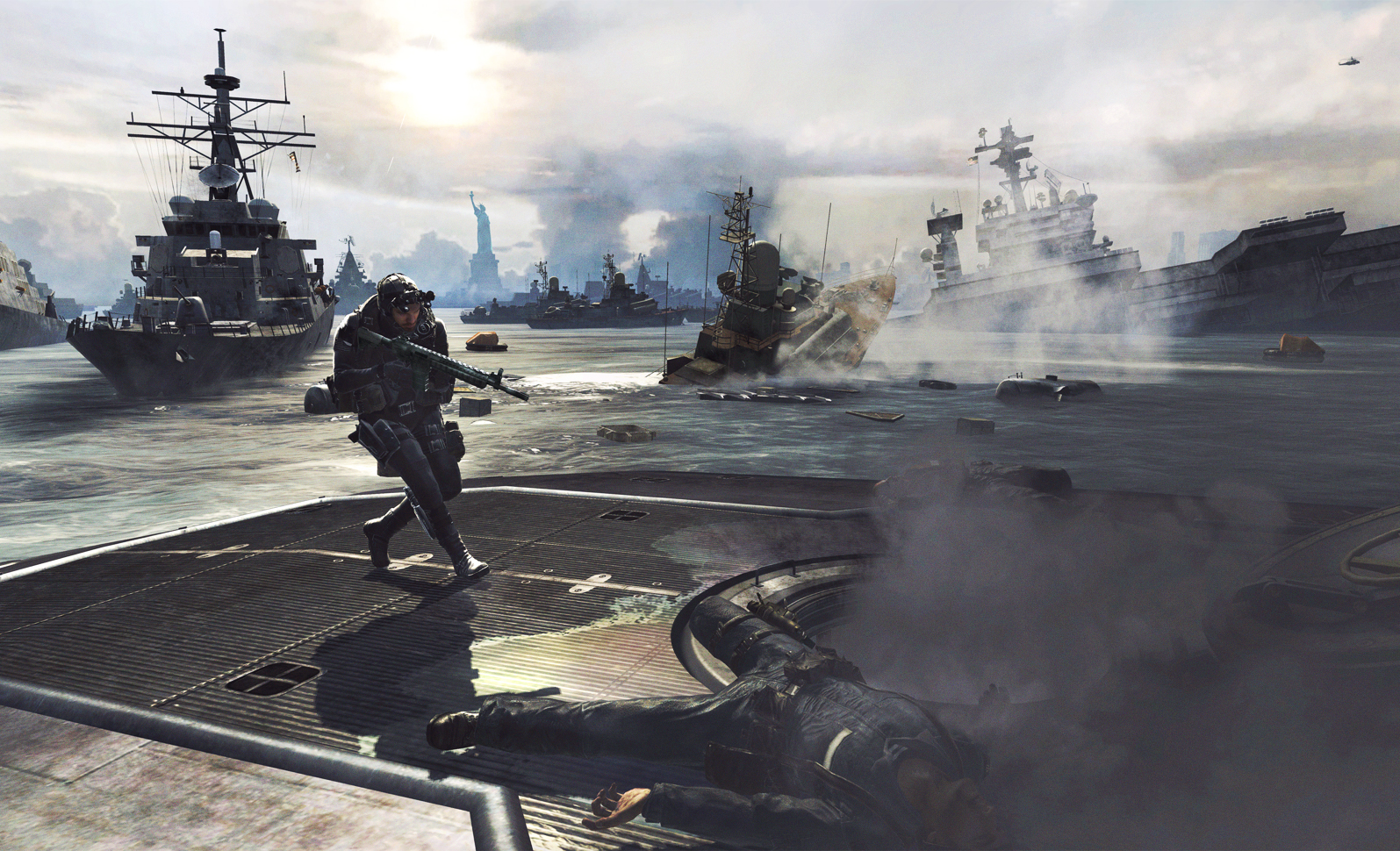 Whether online or offline, Call of Duty Modern Warfare 3 has a lot of content that can satisfied players. Most players will go to the Campaign the very first time and will enjoy it. A delightful, awesome and fascinating story is waiting. There are many reasons why Modern Warfare 3 is the best version of this trilogy. The game is fantastic from start to finish. Whether you're a single player or with your friends, you can take full advantage of the content of the game and fill out your time with Call of Duty Modern Warfare 3. Since you start the game, you will love it to the last day.

I think this game is have so bad quality

i think i will buy it , or get it on this site with steam wallet

i used to play this as a kid

this is top game

strrice is crazy and game is amazing

great game! haven't tried it yet, but i have watched some videos of it and i like it :)

there are too many player who play this game

One of the best pc games