Braveland is a turn-based game published in 2014 by Tortuga Team, it is like old strategy games. It has a hexagonal battlefield, like the battlefield that we had in Civilizations. You start the game as a warrior's son that his village has been invaded by bandits, he is not like other to surrender so he wears his father armor and hit the road to beat them. on his way to victory, many comrades fight for him on the battlefield and obey his commands. 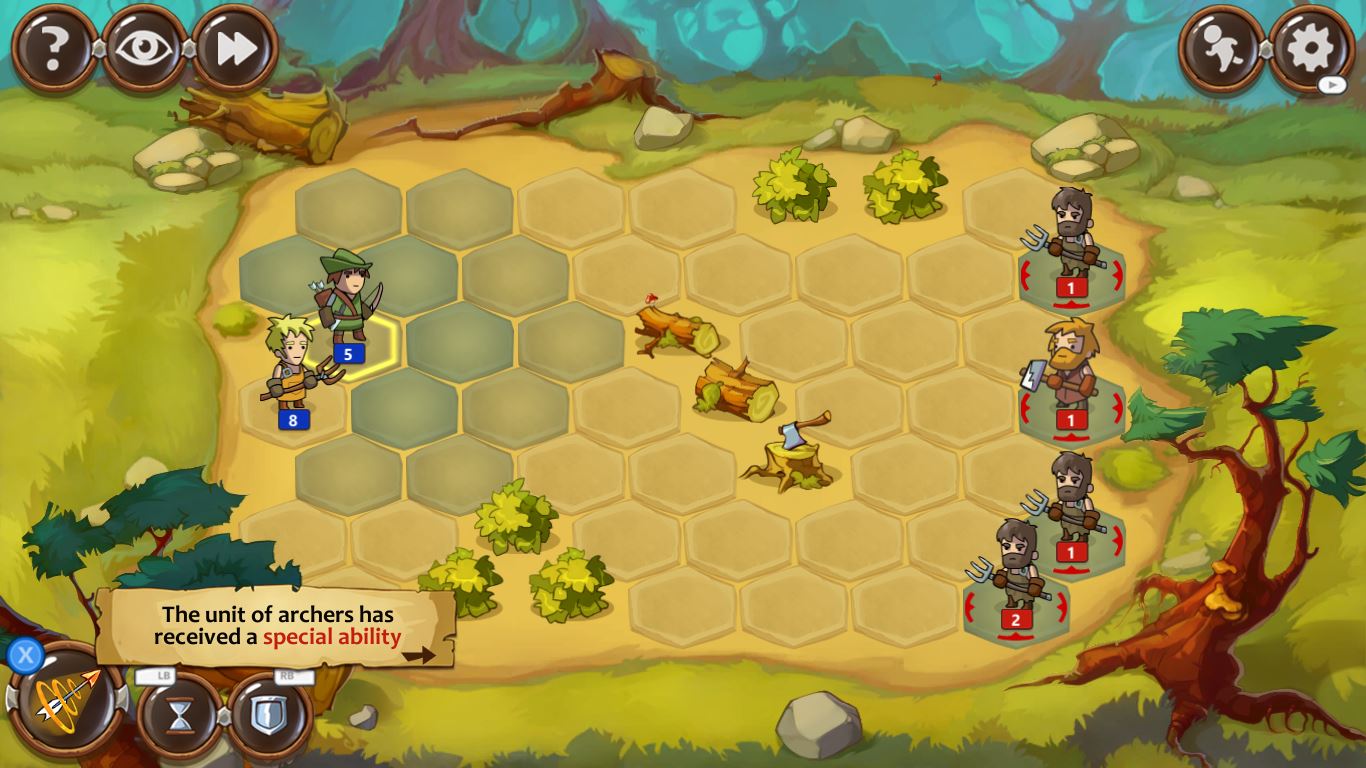 I'm going to use some screenshot from the process of the game, I honestly don't think that they will be a spoil because all battles are unique due to your strategy plus personality. The game starts with simple fights and goes to simple boss fights and after that fights become more and more challenging, honestly there is no specific strategy for winning, in each battle you have to plan and fight, I can advise first go for bigger units and then go for little ones. Your hero act here as a hero, by purchasing weapon, armor and etc. you will get your army special bonus like higher archer attack or physical attack resistance. 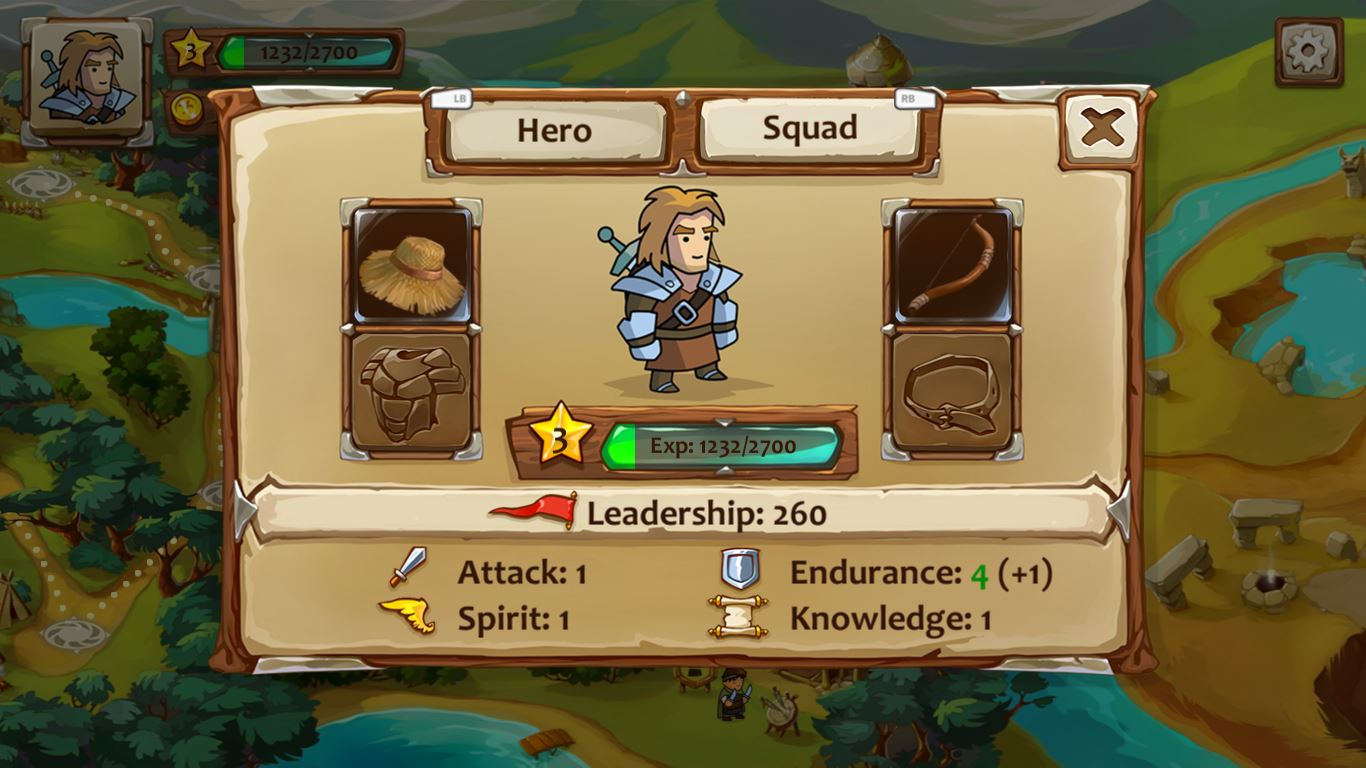 the graphic is attractive and fun, tiny characters are adorable, the map is cool and the music is fun, honestly cartoony music, however, things change when you find yourself surrounded by multiple enemies and get hit over and over, maybe they choose that music just to relax you after a bad fight, who knows.

in some locations of the map, there is some kind of shops for equipment and soldiers. the map gets bigger as you advance to higher levels and more soldiers reveal at some specific locations. The fighting mechanism is too easy and I think it is a good game for kids if you want to familiarize them with turn-based games, I'm not saying it is only for kids. 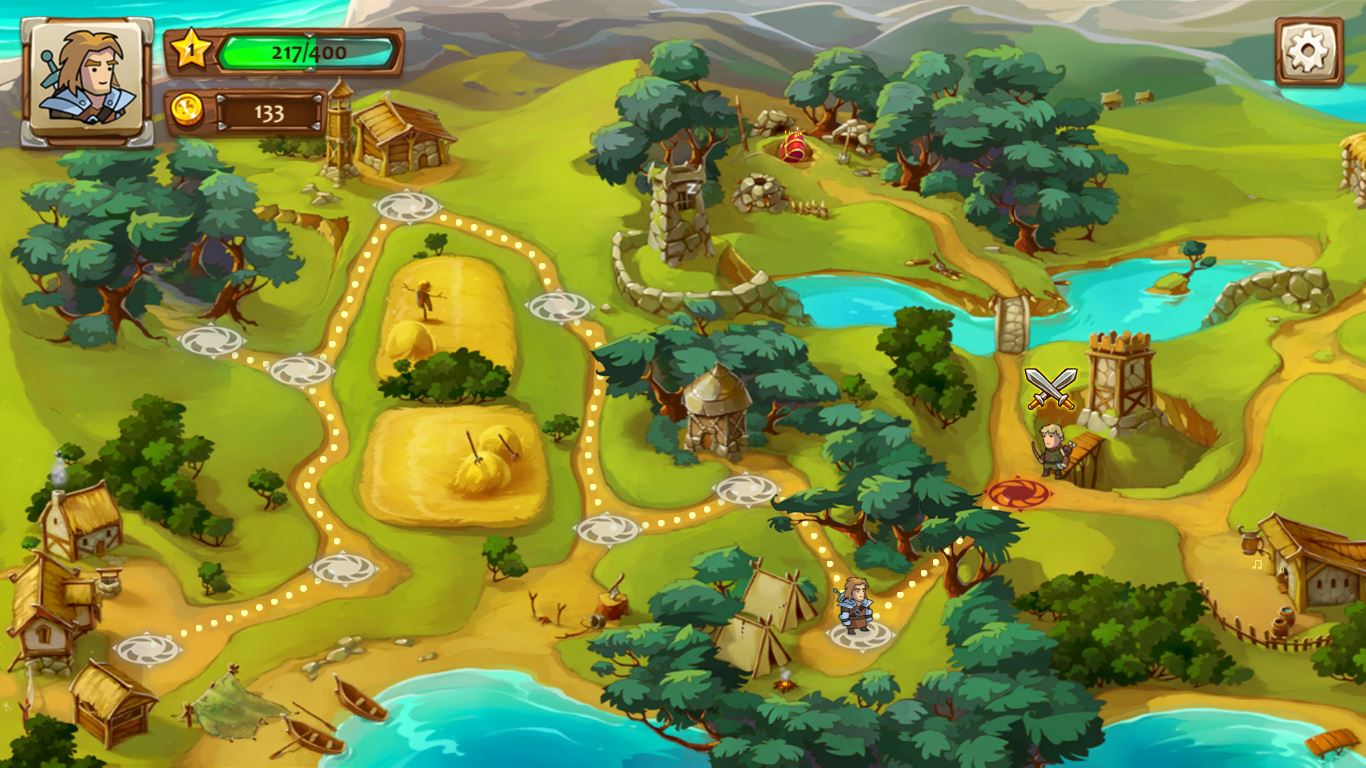 With all of this fun, would it worth to spend money on it? it depends how much you like these kinds of games, if you are looking for a cool game for your extra time it can be a good choice. if you want to buy them, the best is to play the free version and then decide about the rest. keep in mind each version has its own story and army. First, I thought it will not be an interesting game but now after playing some missions, MY RATE is 9/10.  if you ask me is it worth to buy? as I've said it depends but you can buy the latest version of this game, as the producers said it has a much longer story than this version, this version has a short story, about 6 hours.

There are three purchasable versions of the game and one free to play (also a DEMO):

I'll stick with free to play version. And I agree.

This is a great game, I picked it up when it was free on 16th January. Had fun doing 2 playthroughs for all the achievements!

super cool game! its such a cute style :)

Yea I agree, there are some grammatical errors to be fixed. But this one is good nonetheless.

There are many grammatical mistakes.. how did they even approve your article?

My only complaints are the introduction and the grammatical errors. Besides that, the article is pretty good, tbh