When Batman: Arkham Asylum became a massive hit against all expectations, it was obvious that a sequel would follow. It came in form of Batman: Arkham City. And a rather good sequel, I might add. The game was released in 2011 for PlayStation 3, Xbox 360 and later for Microsoft Windows, Wii U, PlayStation 4 and Xbox One.

For many people of Gotham, the Joker's takeover of the Arkham Asylum was a grim proof that the asylum wasn't capable of containing the various criminals and madmen threatening the city. In the wake of the events, the asylum's warden Quincy Sharp is elected Gotham's new mayor with promises of finally making the city safe. Sharp's solution to the problem is as controversial as they come: nearly entire north Gotham is surrounded with walls manned by a private guard company TYGER, transforming the area into a gigantic prison dubbed 'Arkham City'. Running the massive prison is the infamous psychiatrist professor Hugo Strange, named to the task by Sharp. 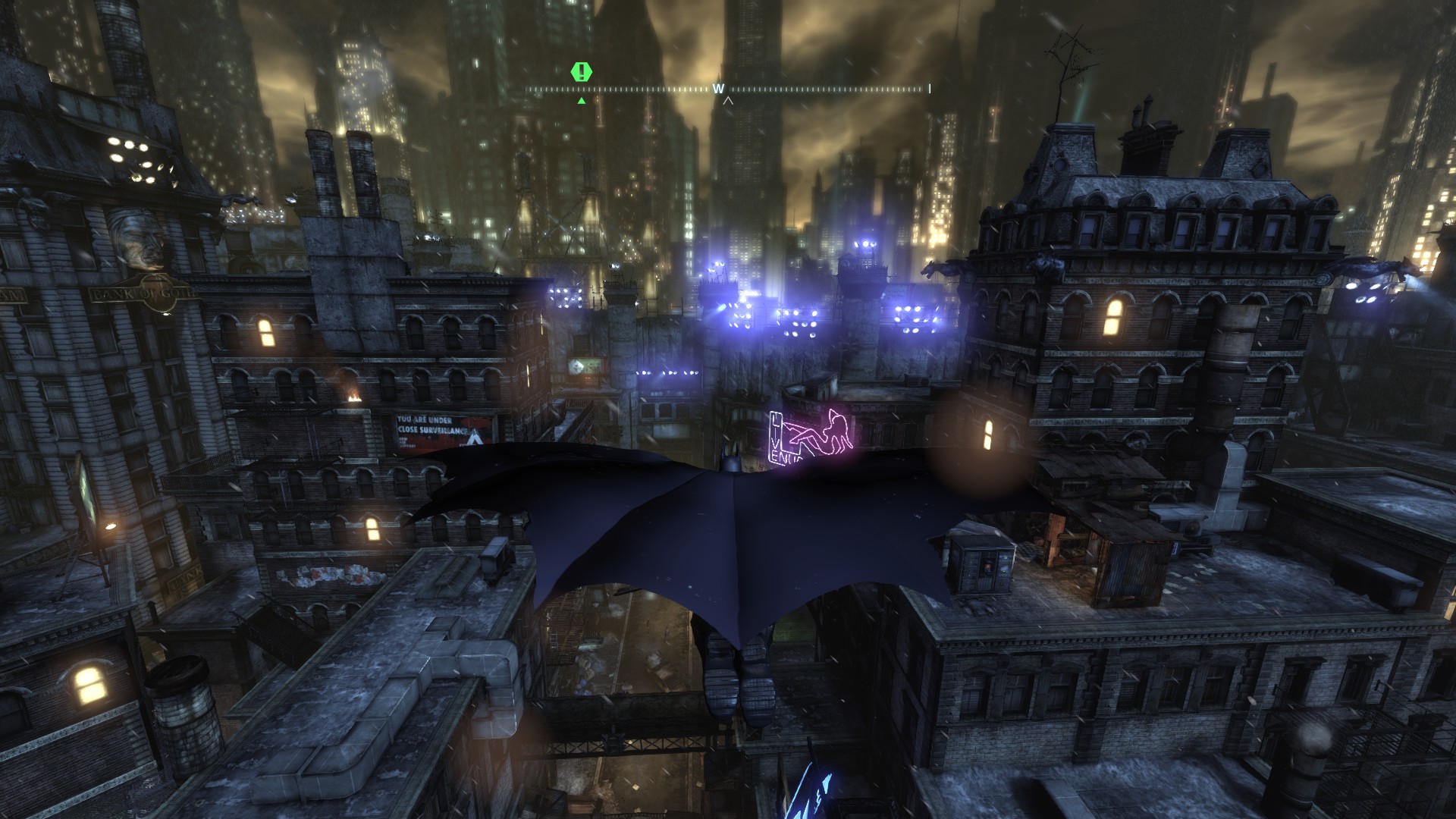 As one would expect, Batman isn't convinced and attempts to investigate, but Bruce is arrested and dragged to Arkham City while holding a public speech to protest the prison. Even worse, however, Batman has become Strange's obsession and the icing on the cake? He knows Batman and Bruce Wayne are the same person. And as luck would have it, the prison is a battlefield for a brutal gang war fought between thugs aligned with various super-criminals of the city.

Arkham City does it's job properly in delivering new content. First, there are several new gadgets. The batclaw can be used to pull enemies from afar or to snatch firearms from their hands; the remote electrical charge can either stun enemies or activate machinery and the disruptor can disable the firearms the thugs are carrying. Perhaps the most satisfying addition to playing as Batman is the improvement to gliding. While airborne, you can alternate between ascending and descending, allowing you to remain in the air for longer. Plus once you have unlocked the right upgrade, you can use the grappling hook to give you a boost to your gliding. Practically this means that you can effortlessly glide through the whole map. 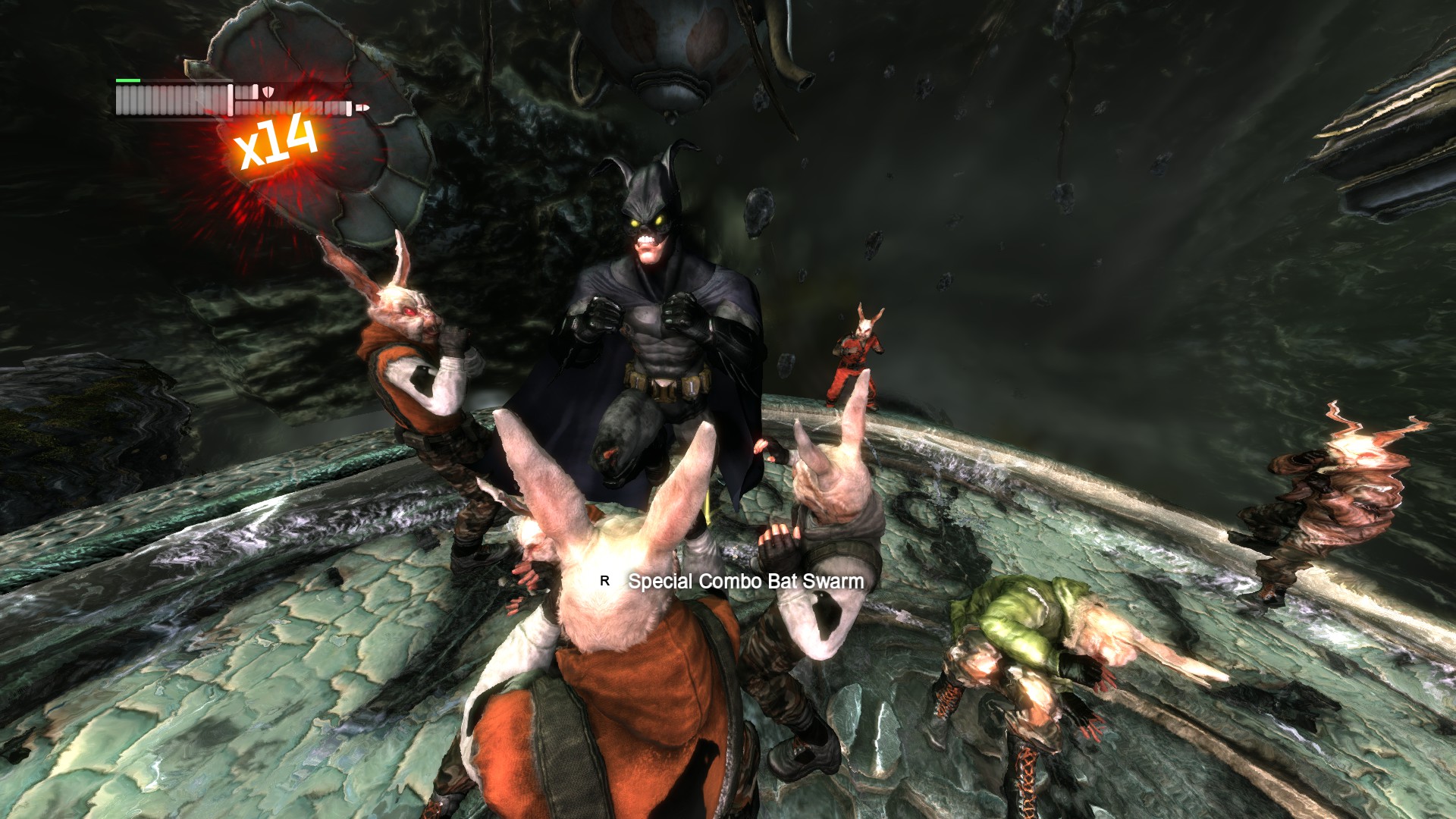 In addition, the Riddler trophies have also been updated. While some of them are still out in the open, most of them are secured by various mechanisms and machinery. To get the trophies you must do specific tasks, such as to hit a number of switches and grab the trophy within a time limit. Some of the trophies can be pretty tedious to get and might require actual thinking. Since many of the trophies can only be accessed with specific gadgets, some can only be acquired after completing the main story. Naturally, a bigger game also means more villains and several new members of Batman's rogues gallery make an appearance, such as Mad Hatter, Mr. Freeze and Penguin. Some of the rogues have their own sidequest chains, a trend which the later games would continue. 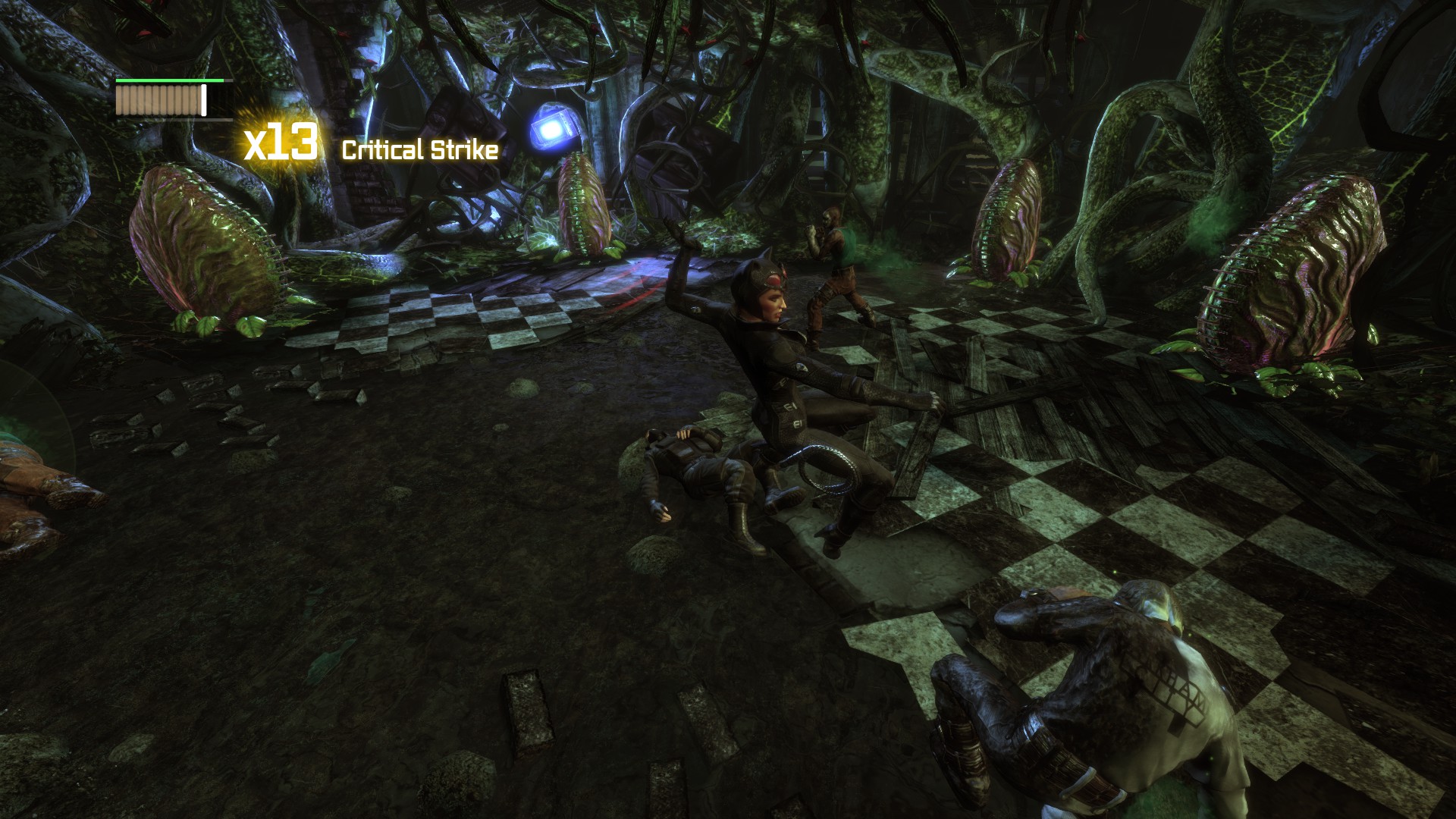 Finally, assuming you own the 'Game of the Year' -edition, you also get to play as Catwoman. By comparison to Batman, she has less armor and requires more hits to take the enemies down, but she's also faster and has a couple of gadgets of her own should she find herself in over her head. In addition, her ability to scale on some ceilings means she can reach some places Batman can't, to the point she even has a small number of Riddler trophies of her own. Catwoman doesn't get that much screen time in the story, but it's possible to change between her and Batman at will once the story is complete. She's also playable in the challenge mode in addition to Robin and Nightwing. 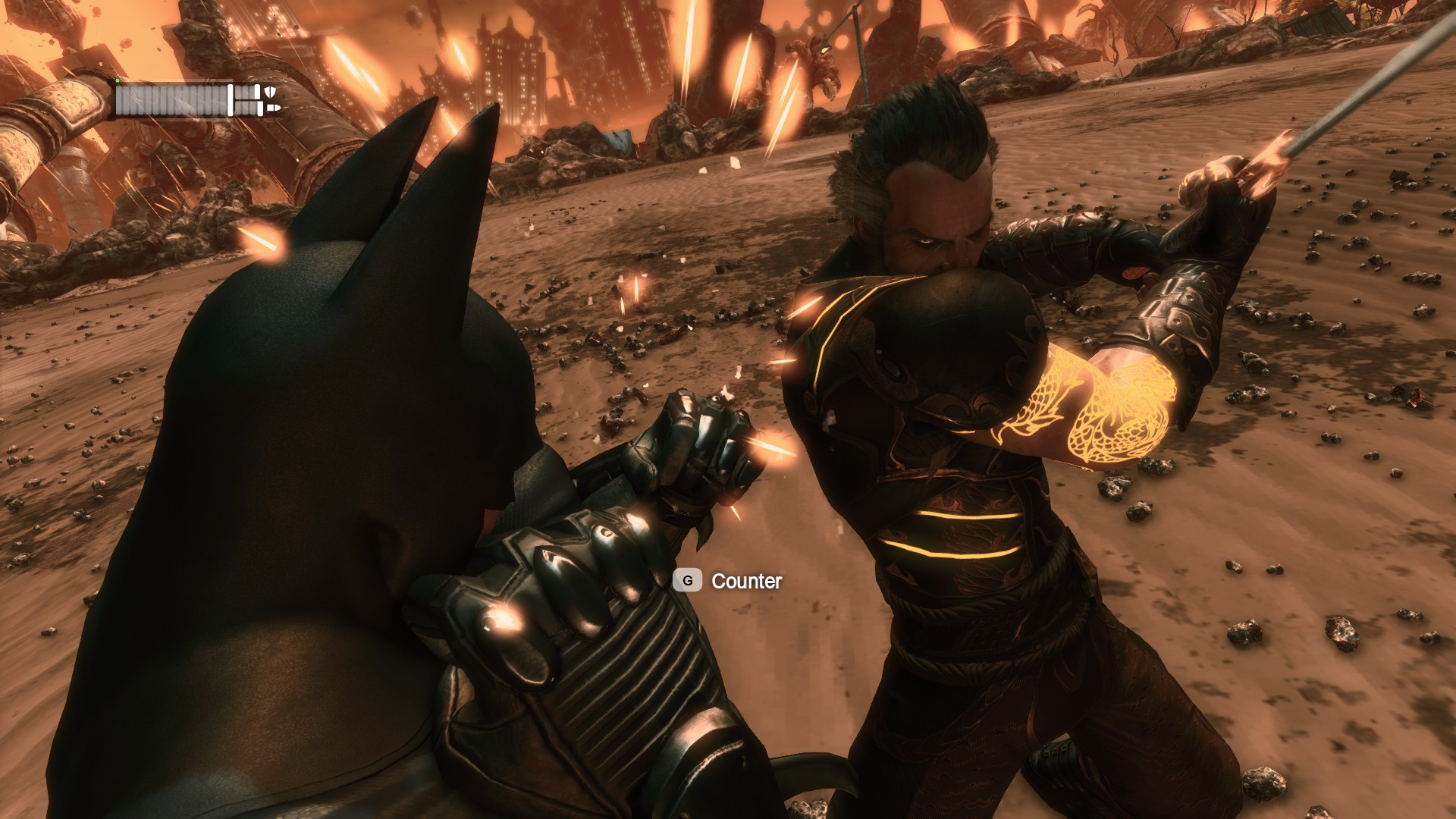 Batman: Arkham City is what game sequels should be like: new content, improvements to existing features and everything is bigger, including the playable area. Arkham Asylum might have started it all, but there is no contest that Arkham City set the standards that later games of the series would follow. If that doesn't make a game good, then I probably don't know what does.

My cousin is a huge fan of Batman in general and this is one of his favorite games!
And because of him, I love batman games too! :)

the best batman game if you ask me

I played this game and loved it especially the free roaming

I play this game all the time.

Niice i enjoyed playing this game