Does Assassin's Creed deserve the recognition that the players have given to this production? In this article, I will try to provide an answer to this question

Assassin's Creed 1 is the first installment of a series known today to us under the name Assassin's Creed. The title was premiered over 10 years ago, on April 8, 2008. It presents the story of the alleged brotherhood of the Assassins, who from the very beginning of the world have to deal with opposing Templars.

The first part of the series takes us to the period of the Crusades, and the third one, which took place in the years 1189-1192. The crusade was commanded by the European rulers: English Richard the Lionheart, French Philip II August and the German Emperor Frederick I Barbarossa, and aimed at regaining the Holy Land from the hands of Sultan Saladin.

The action of the whole game takes place between several places: Acre, Jerusalem, Damascus and the fortress of the Assassin Brotherhood ~ Masyafem. 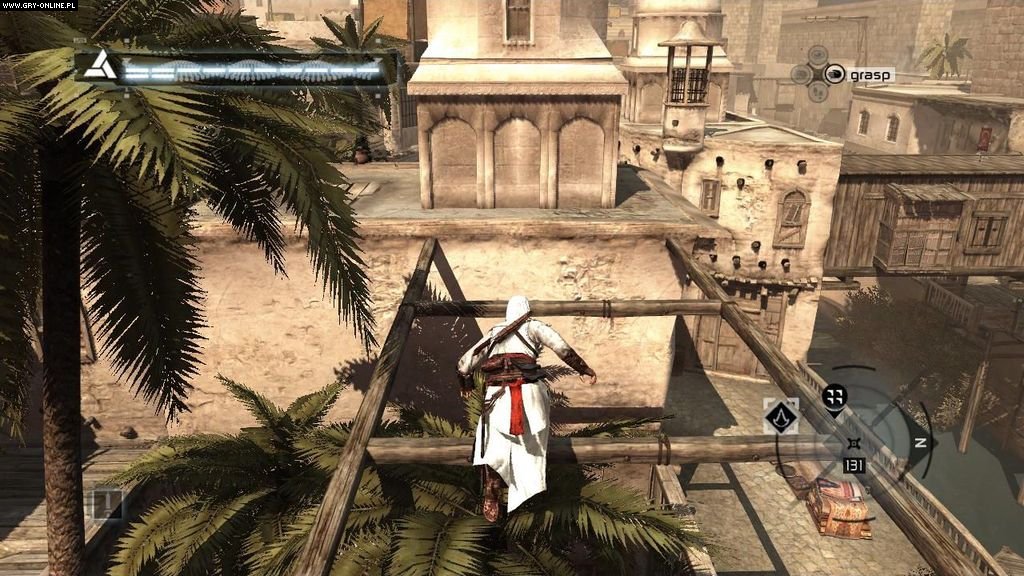 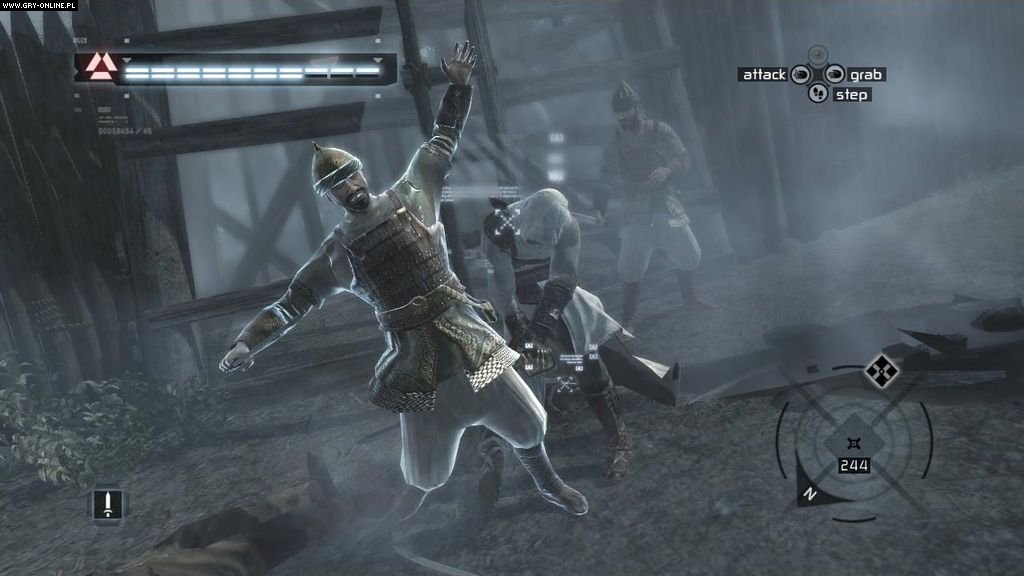 They also know how to kill Templars very easily.

As we can see in the above pictures, the graphics are not perfect compared to the games that are appearing now, but the premiere of this game is the year 2008. Then the graphics "one" was one of the best rated.

Story
Assassin's Creed tells us the story of one of the best brothers - Altaïr Ibn-La'Ahada. He gets directions from the Assassin mentor - Al Mualim and a few other brothers. Using these tips, he must collect information about his next goals-templars. Once he overhears the right people and steals important documents, the possibility of murder is unlocked. When Altaïr dismantles all 9 trustees of the Mystery of Eden, it turns out that the tenth is the Assassin Mentor Al Mualim. Altaïr must kill the old master, though it will be difficult, because he has the enormous power of the ancestral artifact - the Fragment of Eden.

The whole story is played as memories discovered using Animus - a device that can create a 3D image of memories of ancestors. Desmond Miles, the protagonist of the series, is being held in the Abstergo lab (Templars' institution) and forced to connect to the Animus. The Order of Templars wants to find a part of Eden, so they use Desmond to do it.

Personal feelings about the Game

The game is very well made for the early years of the second Millennium. Very good graphics, great combat mechanism, fairly open world. The only major drawbacks are: repeatability of the mission (rob, listen, beat, kill) and problems with which Assasyn sometimes climbs to nearby buildings. Repeatability of the mission is quite a big downside, because the series is based on the performance of these missions.

Despite everything, I think that the game deserves the respect it has gained in the hearts of players :)

Wow game from 10 years ago

The first game of the franchise

They also know how to kill Templars very easily.

I am the biggest fan of assassin's creed