Apex Legends is a free-to-play FPS battle royal game developed by Respawn Entertainment and published by Electronic Arts. It was announced and released on February 4, 2019, for PC (via Origin), PlayStation 4, and Xbox One. Just in 3 days, it hits 10 million players, where Fortnite took 2 whole weeks to hit the same goal.

(The map of Apex Legends)

Apex Legends is Developed by Respawn Entertainment, the same company that created Titanfall series. Instead of making Titanfall 3, they decided to make a whole different route and created a free-to-play battle royal game Apex Legends. But first, let's get one thing clear, it's not a Titanfall game. Both Respawn and EA are open about this fact by not putting the word "Titanfall" in the title. But they say that it takes place in the Titanfall universe though there are no Titans in this game.

Apex Legends combines the elements from three different titles, Overwatch, Fortnite and PUBG. It has Overwatch-style hero characters, along with the core gameplay of Fortnite and PUBG. To my opinion, though it gathers elements from those games, the gameplay looks a lot like Call of Duty Blackout. Apex Legends has a smaller scale than other battle-royal game, with a smaller map than PUBG and only 60 players in each match.

Apex Legends follows the common battle-royal mechanism. You drop down from a plane in an open area with other players and be the last player (squad on Apex Legends) standing.

You can start the game with one of the six starting classes and other two additional classes can be unlocked by playing the game and earning currency or purchasing them from the in-game store (why spending money when you can get them by playing the game.). Each class has three different abilities Passive, Tactical with multi-second cooldown and Ultimate with a long cooldown time. Though they have different abilities, they all spawn with no weapon and gear and uses the same weapons, armors, and equipment. So classes don't affect the game that much.

On Apex Legends, the only playable option is a three-player squad. You can not play solo or duo. Teamwork is very important in this game than any other battle royal I've played so far. When you drop from the plane, a player from the squad is randomly selected to be the drop leader. He'll choose when and where to drop and you'll follow him automatically. You also have the option to opt out otherwise the team will land together in a formation.

(3 player squad. It's empty cause I have no friends)

Usually, a battle-royal game requires voice chat to properly communicate with your teammates to decide where to land, who is going to take what role, etc. These are vital. Unfortunately, Apex Ledgent is an exception. It starts with the character select. Instead of having everyone choose their hero at the same time, the game randomly selects an order, and everyone has to choose one at a time. So if you are the last one selecting and your team doesn't have a healer, then you don't have much choice if you want to win.

The thing I love most about this game is the pinging mechanics. It's easier to ping locations, targets, weapons and pretty much anything to alert your teammate than the voice chat. It's like you don't need the voice chat at all to communicate with your teammates. Apex Legends handles the audio cues very well. Your character will automatically bark useful information when you killed an enemy or finish off a squad. In my opinion, it makes the game more lively.

Apex Legends brings another new mechanic to a battle-royal game - Respawn Beacons. If your knocked teammate is killed, they'll drop a tag with a pretty decent time. If you can retrieve the tag before the timer runs out and take it to the Respawn Beacon your dead teammate will rejoin the match. 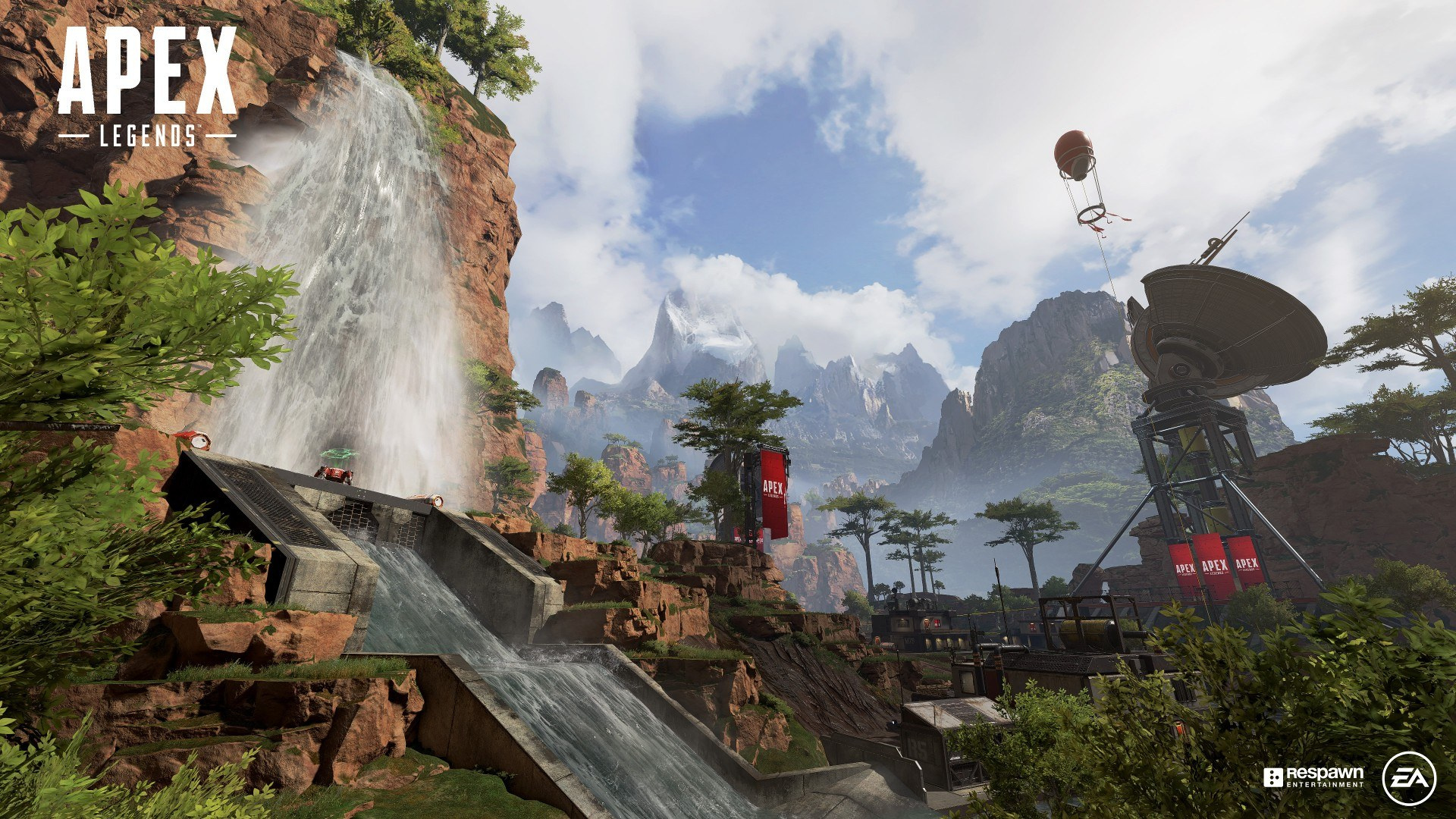 My overall score for Apex Legends is 9/10. It's a very good looking free-to-play  FPS battle-royal with some really fun mechanics.

I recommend you to try it right now (available on Origin).

this game is so funn

I played a while it preety sick ! must have more champions i said !

good game I want to play it now xD

Cool, I will try the game.

My user name in game last year is apex

Based on quality of your content, I rate 5 stars. Based on the game, zero stars because F the "Battle Royale" genre. Not even going to mention how this game ruined TItanfall 3.