From the beginning of time, people want to perfect martial arts by expanding them.
Similar aspirations are likewise to most modern video players trying to prove otherwise and unpredictable.
But is this need for martial arts games at all?

Absolver offers us something different for a fighting games- story. And under this we do not think of the story of the match to the match, but of a kind of opportunity to find out how Danny Rand earned his steel hand on the mystical mountain K'un-L'un. Okay, the story has nothing to do with Marvel Iron Fist, though I really think the Absolver could serve as some kind of decent substitution.

Absolver actually stands out in the same way as the recent For Honor, primarily because of its combat mode in which to blend blunt combinations in several different positions. All this really works nicely, at least when it is done as it is conceived, but before I run into its inevitable problems, I would first describe Absolver as a fusion of the previously mentioned For Honor with the tip of Journey and, of course, again that Dark Soul. 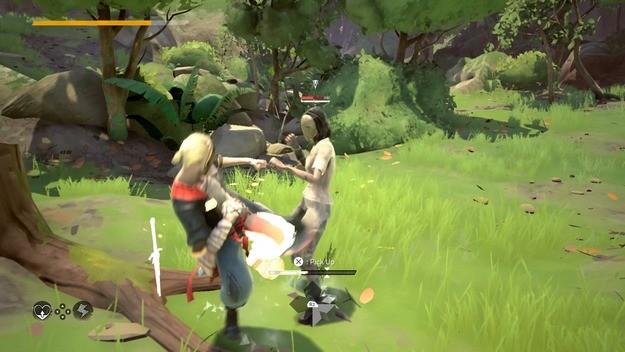 I know what you think, but I'm surprised that Absolver is not all that dark, but there is actually a multitude of similarities that we usually encountered in our beloved Souls series that we can not stop talking about. You have been defeated in an already wrecked world without some clear instructions, through several open and interconnected locations, you will wonder until you suddenly encounter one of the few major opponents to be snatched.

"The game does not shy away from inspiration with the Souls series, but it does not go so far as to literally copy it."

That the resemblance with the Souls is even greater, during the fight you should carefully choose what you will defend and overcome because the whole thing is predictably inflated and stamina. Each of the several battles will gather enough experience to make a "strength", endurance, speed, and so on, and with some luck, you will find some hidden object as there are RPG elements. 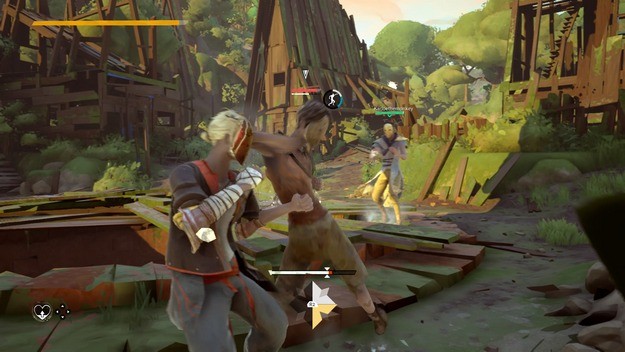 "Servers do not exist, but everything is based on P2P infrastructure, which is hard to notice."

The hard heart therefore has to admit that this is about a distant cousin For Honor because if only one knows how many other players in the neighborhood have an unstable relationship, the game will best decide to move you to the nearest breakthrough, while at the very least straight throwing country.

This is a little sad, because the Absolver conceptually should be the best in your online status where you can socialize with others. Though he is completely guilty of this, his frequent "three-in-one" struggles might be shown to some as frustrated and frustrating.

"Absolver ends up with a message that the fight never stops, but the game itself is rather short."

Absolver's main point should be the huge number of moves your character can learn, but the entire "story" segment and the research of the world ended before I even unlocked any new move. But, Absolver is not over because he never ends!

What would endlessly wandering and kicking at the same opponents in the same places would eventually end with Absolver in the now-expected dissatisfaction.

Here, I realized somewhere that the whole co-op single player is actually just a tourist sightseeing location where you can push others into the hole in open multiplayer battles, and if that's not your goal, there are one-on-one arena. As such, Absolver obviously focuses on his long-term multiplayer experience, where PvP is primarily concerned, although you can also co-op format, and expect anything to fall out as a mistake. 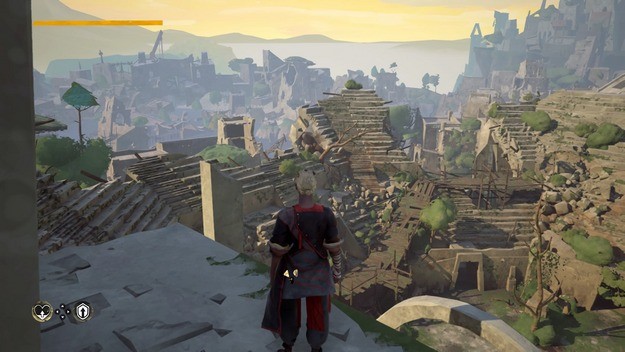 Absolver will reveal how his greatest success lies in a design that affects the golden environment between super-cool combat with complex acrobatics and the simplicity of their performance. Unfortunately, I can hardly be deprived of the impression that all this is just a technical demonstration, not to say even the demo version of something we need to get. That is why I find it difficult for Absolver to recommend anyone looking for something more than a harmless assassination in the world of untapped potential, and I personally believe that such titles are not currently lacking. After all, I'm sure no one wants to look at the replay of the debut, which was For Honor, who promised in the beginning months - but ultimately dropped it off.