Rate this article "About Aion (Review)"

Aion is a very exciting and exciting game that surpasses WoW. You also have the newcomer to the game in Europe, but you've got a lot of gamers because of its great graphics and superb Aion features. Mythological games, which have been featured every few years, NcSoft has launched the game, the best-selling game of its era.

The features of this game are the power and majesty that gamers have during their time. The game feels, and the design of this game and its graphics is unique. The storyline of the game is that Aio N controls the territory of the name Atreia and creates Darken to protect human beings, after years Darken defies Aion's orders and resists its creator. For this reason, Ionus 12 creates the heavenly master. The heavenly masters make barges called Balaur to prevent Darken attacks.

Playing in a world called Atreia, the upper part is captured by the darkness (Asmodian) and the lower half that remains in the light (Alysea) and the people of the two are fighting together. 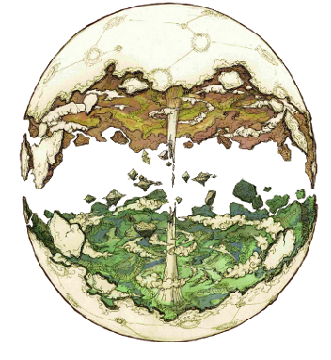 Race: The game originally has 3 breeds, 2 of which are playable.
1. Asmodians: A brave, resilient people who fell suddenly into a world of darkness and frustration. They have dark wings and feathers. Eyes are colored with blood and hands like paws.
2. Elios: Elios occupies the low part of Atriya, known as Elyse. After the cataclysmic epic, they collapse in the sun for more than 750 years and thus become a beautiful and energetic man.
3. Balaur: The term "Balaur" continues the images of terror and fear for the level of destruction they created in Atheria.

Classes: The game has five groups, each with 2 classes.
WARRIOR:
1. Templar: A Templar will in fact be a defense master, with great shield defense skills. Templar can also inflict serious damage on its opponents, depending on the location, Templar can swap swords or wagers and shields with greatsword. While his ability to cope with damage may be lower than that of the gladiator, it is unwise to ignore the powerful Templar attacks.
2. Gladiator: Gladiators are looking for the star of the sword. They have a lot of expertise in using Malee Weapon and Polearm. Their ultimate goal is to learn the skills of fighting using the properties of each weapon. However, instead of gorgeous techniques or hooks, they prefer to use their power and accuracy to attack the enemy. Therefore, gladiators feel their true value in a close fight with their opponent. They also play a vital role in many of the Revolutionary Guards.

SCOUT:
3. Ranger: Ranger with exceptional shooting skills and arrows. He can not only use the bows but also can use the dagger and the sword in close encounters. Ranger is a professor in every sense of the use of various traps, Ranger can use his traps to deal with both his However, arrows, and especially animal material, can turn the Ranger into one of the most costly and expensive classes.
4. Assassin: Assassin is a murder specialist, who is looking for the star of death. After concealing itself, it becomes a casual killer of the enemy and will bring them a lot of damage immediately. This is one of the killer's trademark combat skills. Some of them defend themselves with ambushes for enemies or by using poison blades. However, the killer is required to show influence in the army for the role of disorder, assassination, and more on the battlefield.

MAGE:
5. SpritMaster: Being born under the star of ghosts, and capable of controlling the ghosts of water, fire, earth, and wind. It can be attacked by enemies with the help of ghosts or using tactics. Indirect actions such as the borrowing of power from the ghosts to weaken the enemy or impose fear.
6. Sorcerer: A magician looking for a magic star. They can freely use the destructive power of natural elements: earth, wind, fire and water. Magic is a research in the heart, the books and orbs they normally carry with them. However, these can be dangerous weapons that help them increase their magic power.

PRIEST:
7. Cleric: This cleric is looking for healing stars. It uses magic power to strengthen the body and help treat injuries. It can also be restored using a spell of rebirth when the soul and body are separated. In addition to supporting its allies, it is also able to support the group in a war.
8. Chanter: can be explained in two words. It is by developing enough body and mind training to improve, to become, to attack, and to increase magic. In addition to their magical abilities, they also have exceptional skills to use Staff. Chanter enhances their allies during the war using magic and inspirational inspiration throughout the war.

This game is one of the best games of its own style. It's better not to miss it

Rate this article About Aion (Review)

Are you an angel? Or maybe a devil? Discover that in AION! Pick from one of the conflicted sides: Asmodian and Elyos, perpetually fighting with each other, or the cruelly evil Balaurs! Make progress as your character by eight different ways, at your own discretion and enjoy the beautiful, open world of Aion. Stunning graphics, w...

Get your reward Aion