Do you not hype when looking at a new game or a sequel of the franchise favorites displayed on E3 with quality graphics that make your eyes want to cry? Yup let's face it we all have felt then at least once, and in the end we weep for what was shown in the previous 1-2 years only false promises only in the final product.

Prior to E3 this coming year, let us recall 7 downgrade most disappointing game in the history of gaming. Spoiler: Ubi soft will master this list 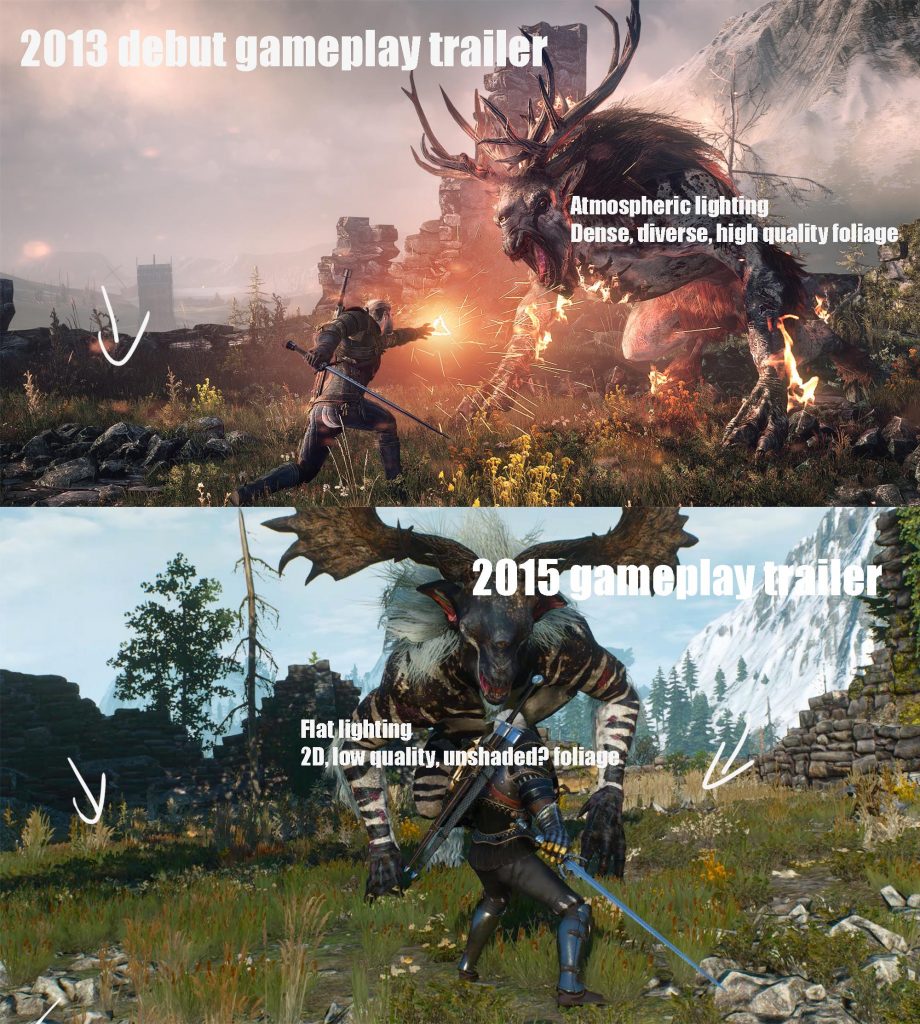 The Witcher 3 remains the best games this generation or even one of the best games ever made, but gamers will never forget the downgrade suffered by this game. Was shown at E3 2013 and E3 2014, The Witcher 3 should have a visual with a tone darker, more atmospheric and more detailed. The final product is obtained gamer looks brighter and far from what they have shown in the gameplay trailer.

Despite a controversy before its release, gamers remain satisfied because the quality of The Witcher 3 that had to be dijempol until they forget the controversy downgrade them fighting over a few weeks earlier. Now the game also get a lot of mod graphics were trying to get back in the graphic quality of E3. Although there is no 100% identical, at least closer. 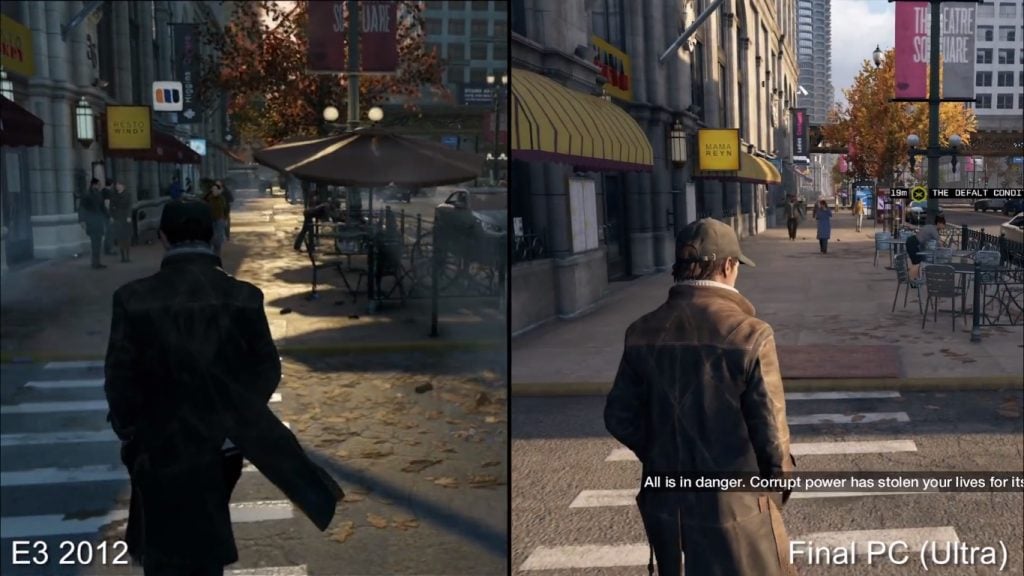 Watch Dogs is the first game that popularized the term "downgrade". Since the controversy visual of this game, term downgrade become a trend and familiar in the ears of gamers.

First shown at E3 2012, Watch Dogs looks like a game that deserved to be called next-gen, a lot of people hype at the time and can not wait play this game directly. 2 years later, all the hype turned into a huge disappointment after the visual they get much worse than what Ubisoft promised. This game is so giving Ubisoft bad reputation as a publisher of the game to the extent that Watch Dogs 2 unsold as successful as the first game even though the game is no downgrade and much better than the first game. 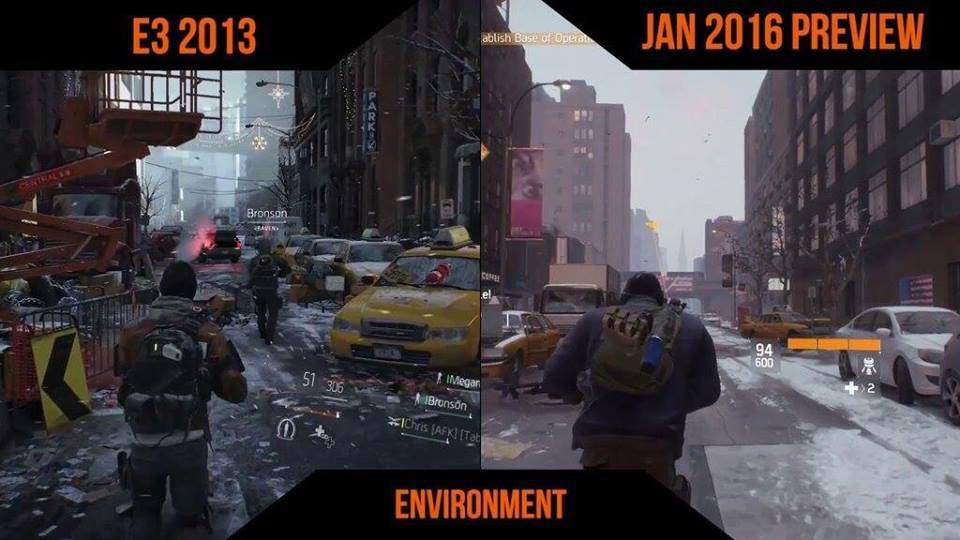 Do I have to remind you if Ubisoft will acquire this list? When Michael Jackson referred to as  the king of pop, Ubisoft is seen as  the king of the downgrade by internet. After the controversy with Watch Dogs, they seem to have got tired with their false MARKETTING because they can always run away with saying "It was an alpha version, not the end result will be a benchmark".

Speaking of the Division, this game was first introduced at E3 in 2013, and visually shown visible detail and amazing at the time. But gamers seem to have learned much from  the track record of Ubisoft and believe the visual will be downgraded in later releases, and it turns out yes. Game looks not as detailed as what was shown at E3, the UI on the docket now more simplistic, and the loss of "dynamic shader" promised Ubisoft, and much more. 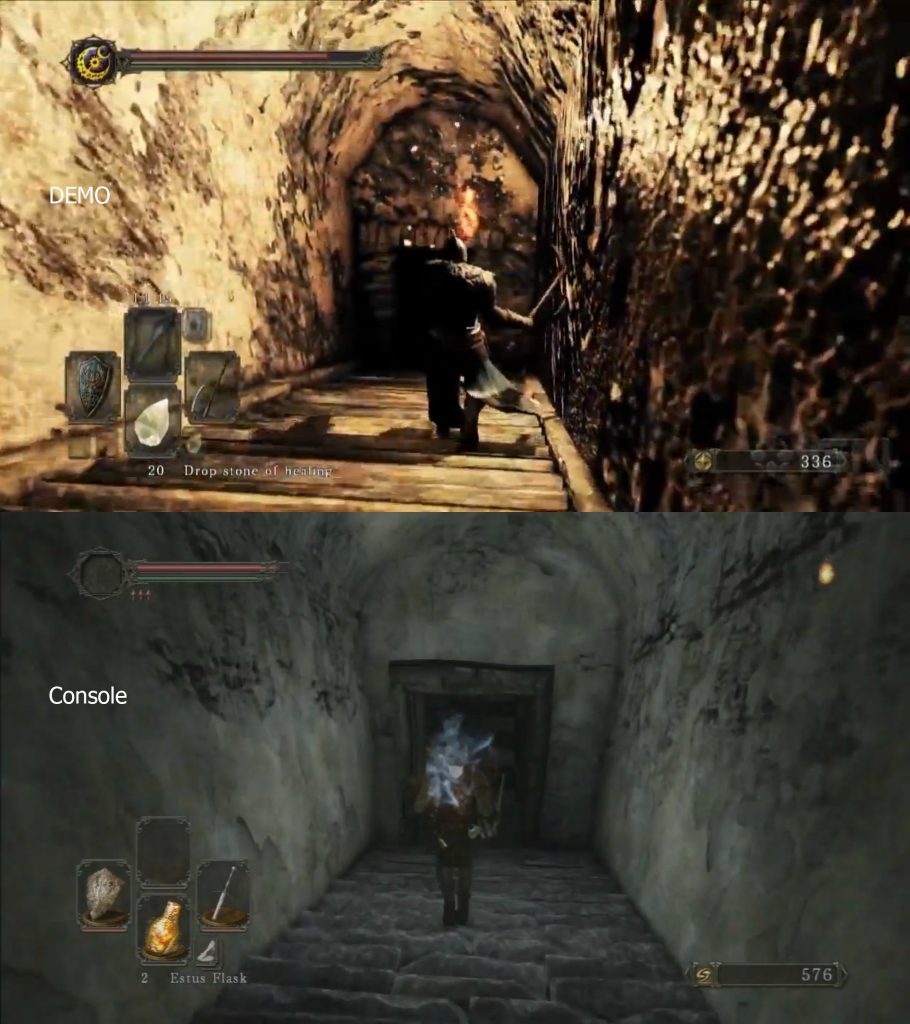 Dark Souls 2 became one of the most anticipated by fans of the game Dark Souls because the genre is still classified as "unique" and has not been  overused by other developers. When shown at E3 2013, the main visual feature shown is an amazing lighting effects and other details. But the final game earned by the players visible 180 degrees opposite of what was promised.

Lighting at E3 2013 yesterday destroyed, shadow is not so detailed, other effects are also missing, and overall, the game actually looks different. The game is then given "enhanced edition" by developers for the next-gen console, but still the results are not as good as what was shown at E3. 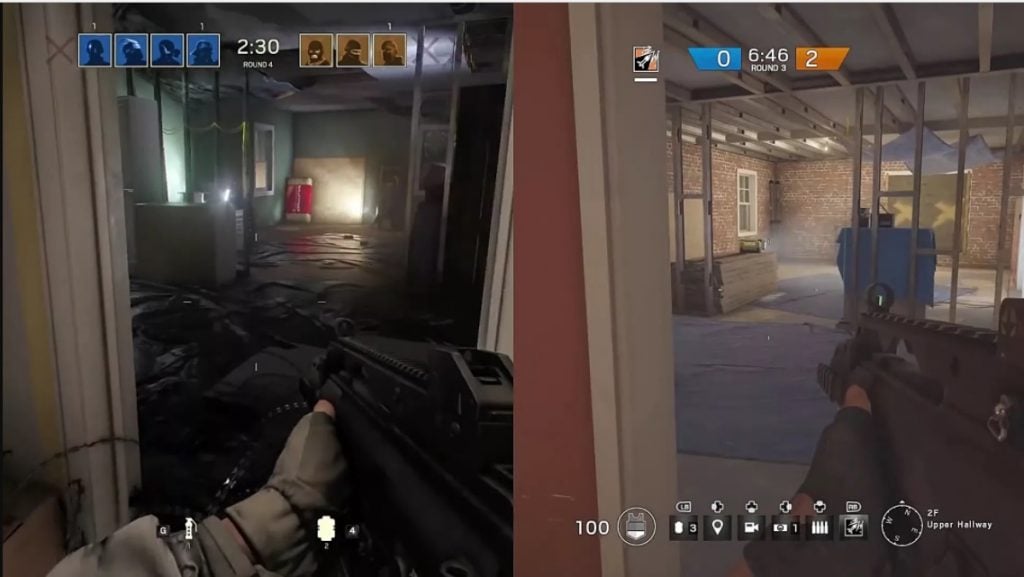 You might think "Ubisoft again?" And yes, I can not help this one should also be discussed because of how drastic the changes are shown between what they are promoting at E3 and final game in the hands of gamers.

Shown at E3 2014 yesterday had lighting and atmosphere more detailed level, features more advanced destruction and AI were "more alive". In the final game, everything looks simpler, AI also did not do at all interaction with the enemy or the player, as well as many other elements that are changed by Ubisoft just to make this game more  casual-friendly . Although decorated with controversy downgrade, this game is still crowded played and Ubisoft continues to provide new content.

Game one is not just a visual downgrade, but downgrade the whole game. What is shown in the demo looks cool and full of character, with its own AI of Xenomorph seen "function" than what gamers get in the final game.

I wonder what actually happens during the process of game development to the quality dropped so far, but one thing we know, we have forgotten the existence of this game with the presence of Alien Isolation. 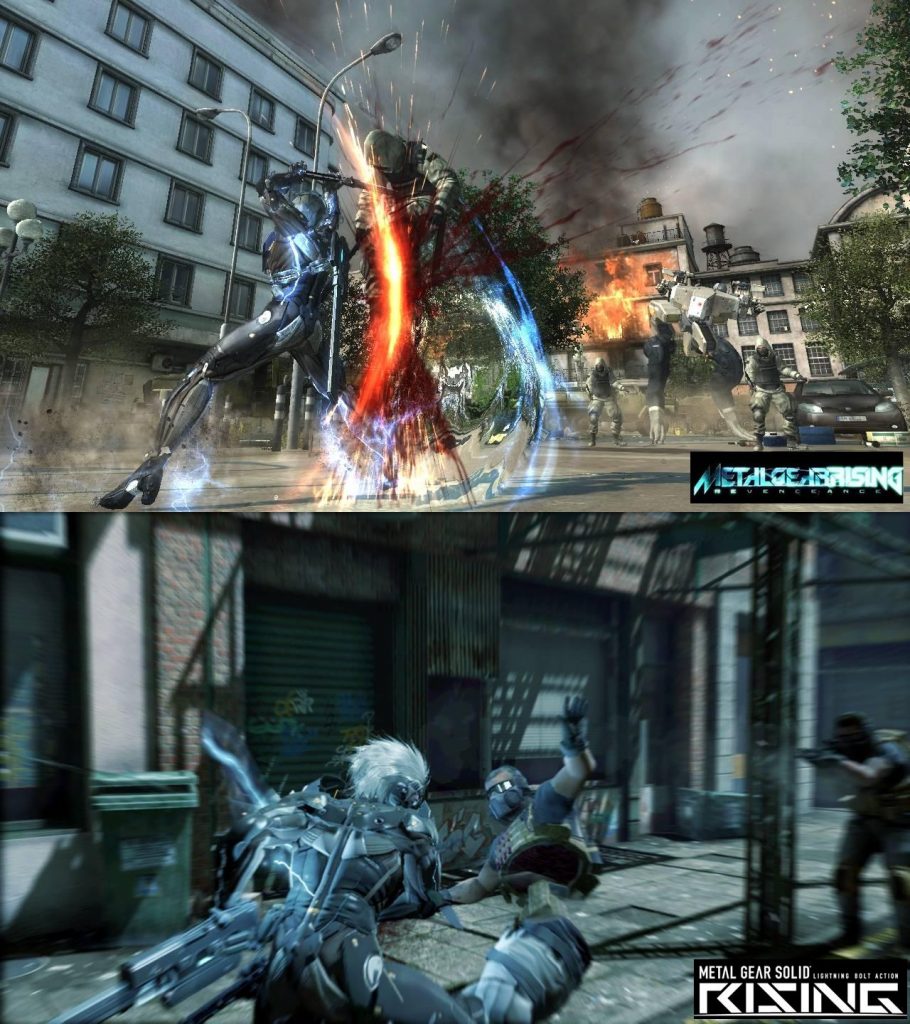 Metal Gear Rising was first shown at E3 2010, where at the end of the trailer shown little gameplay of this game that looks fantastic. Unfortunately the final game of Platinum Games which got away from the one shown. The main reason this game looks much different is because the engine and different studios between E3 2010 with the final game.

Because Kojima wants to focus on other projects, he decided to abandon this project to the team. Without the directors of Kojima, the team did not know what to do and never touched the genre of action hack and slash like this. In the end the project was transferred to Platinum Games, unfortunately they decided to use a different engine, making the visual quality of the game is not as beautiful as what was shown at E3.