TROPICO 6 – THE BEST OF TROPICO? (REVIEW)

The time has come for early holidays and return to the Caribbean islands in another attempt to establish a nation called Tropico. The sixth sequel of this city-builder series has a new developer that did'n have an easy task. In addition to the unique atmosphere, the previous sequels of the Tropico series were affordable enough, and yet complex enough to play for long time into the night. Tropico 6 brings some novelties to Tropico 5, but the question is whether they are sufficient to justify its existence. 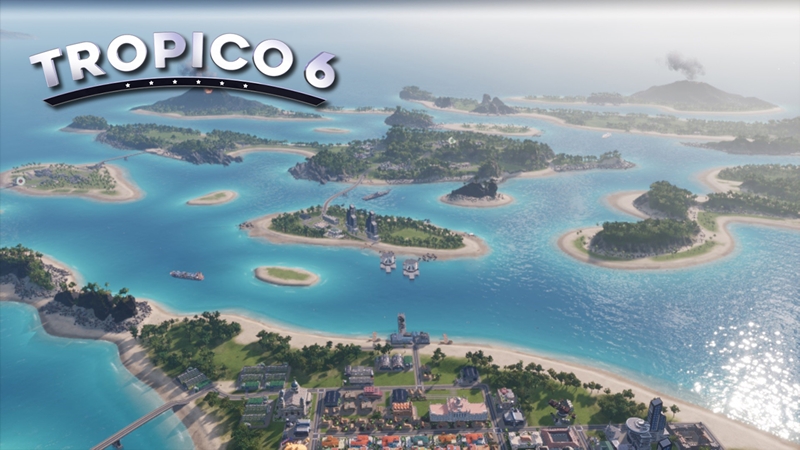 Despite the new developer, Tropico 6 has not lost its identity and its unique charm. This will be obvious to you as soon as you turn on the game and you will be greeted by the trumpet sounds in the silent Caribbean melody. It is still a game that mocks dictatorial regimes and whose satire is woven into every gameplay.

This sequel also offers several modes of gameplay. With a full tutorial, you have 15 missions that, unfortunately, have no story, but they work the same way as previous game campaigns, so they put you in a scenario that limits you in some way, puts you under pressure on something more creative gameplay. In addition, you have a somewhat more relaxed sandbox experience within which you can nudge various parameters - from the amount of money to the frequency of certain events in the game. 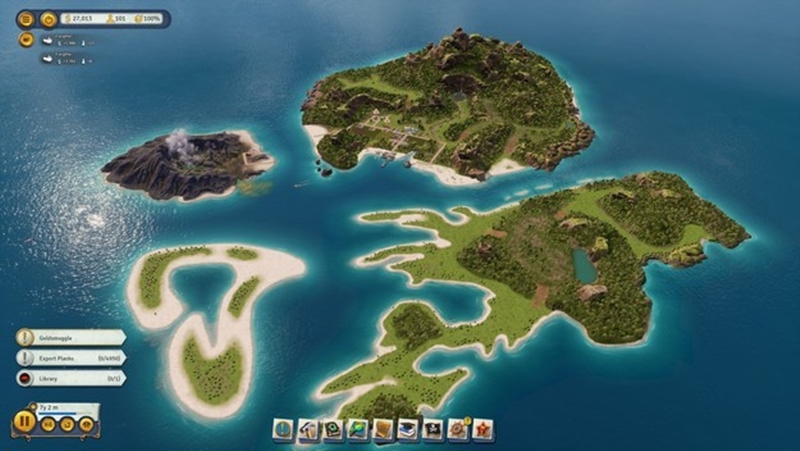 There is also a multiplayer for up to four players who simultaneously build on the same map. Who first reaches a specific goal like the development era, the number of tourists - wins. Such matches can be very entertaining, but there is one problem – there is rarely anyone who is playing multiplayer and his lobby lays "blank" for most of the time.

Whatever mode you play, in each take over the role of a dictator with the aim of turning Tropico from a village with several houses in a full-fledged state that is equally present on the stage of the great world powers. How will you achieve this and how will you progress from the colonial to the modern era is entirely up to you.

The core of the gameplay continues to consist of building buildings that will provide citizens with food, entertainment, health care and protection from crime and war. Homes must be appropriate to their financial class, air must not be polluted and the view beautiful. Of course, it's easier to say than to achieve since Tropico 6 makes it extremely difficult to combine all of the above. 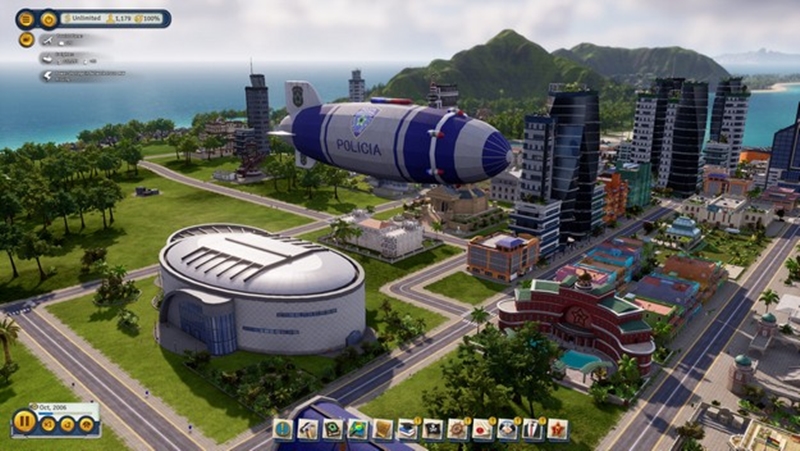 A great novelty and an important aspect to consider is the fact that all citizens of your island are now fully simulated. This means that each of them now functions as a real person. They work from 8 to 16, go home, sleep, and travel physically from location to location. Apart from the added realism, this affects the gameplay. The factories, shops and various other buildings will produce raw materials and provide their services only during working hours, when workers are physically fit.

Given the above, and the fact that Tropico 6 has the largest map in the series - the efficiency and speed of passenger transport and traffic infrastructure becomes more important than ever. In this regard, with the car, Tropico 6 adds bridges, tunnels, trams, buses and harbors to enable fast passenger transport from point A to point B. 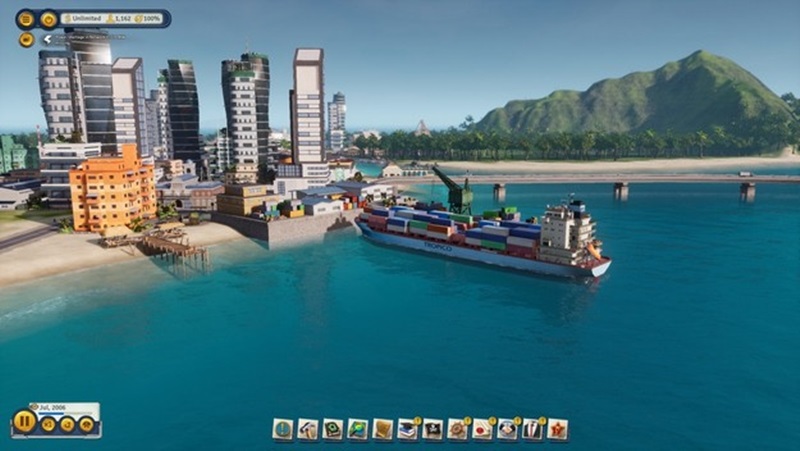 Success in Tropico 6 means juggling the many needs of your citizenship and faction. You will often have to specialize in something because all the action in the game with a positive effect also has a negative effect. For example, factories may provide a lot of jobs and produce a particular product, but will raise environmental pollution. Military buildings will protect you from firing or attacking other states, but will reduce civil liberties in a nearby area.

In that sense, Tropico has a welcome addon in the form of maps that are now sealed off by several islands. Given this need to focus on certain aspects of development, more islands make it possible to partially divide the themes into a whole and better aesthetics of the city.

The interplay between the building and the mechanics of the game is very contagious and is constantly being played for "little more" gameplay. You always have some segment of islands that can be more efficient, more beautiful, or more convenient. For example, an attempt to move commercial and industrial buildings from a residential part of the city will disturb every time your citizens. As much as you build roads, subways and bus lines, they will always want to settle close to their workplace. 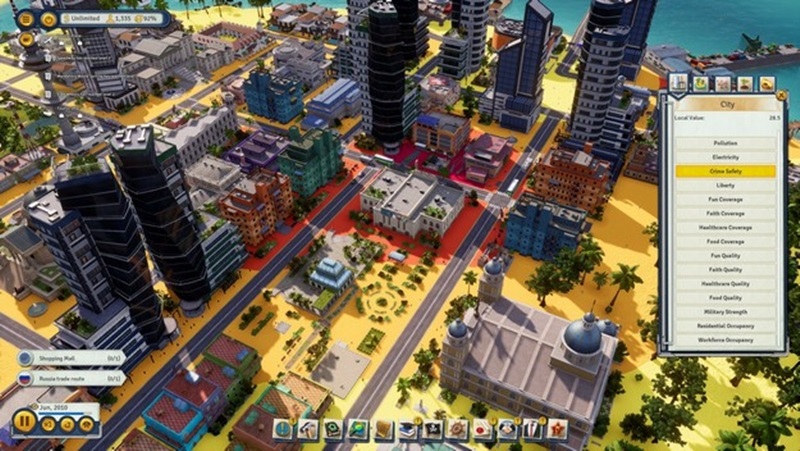 Also, if you don't provide an adequate place to live, they will build unpleasant wood shacks that will not only break the perfect vision of your island paradise but will also result in their general dissatisfaction. If you build a residential building, this will bring you back along a series of fun, security, freedom, and so on, which means that any expansion of the city needs to be well planned if you do not want trouble in the sky.

The economic-social loop is not overly complicated - while it works. Namely, the game lacks a display of more detailed information when something goes wrong. Even though you have a handy folder that shows how well people meet certain needs, this is usually not enough. 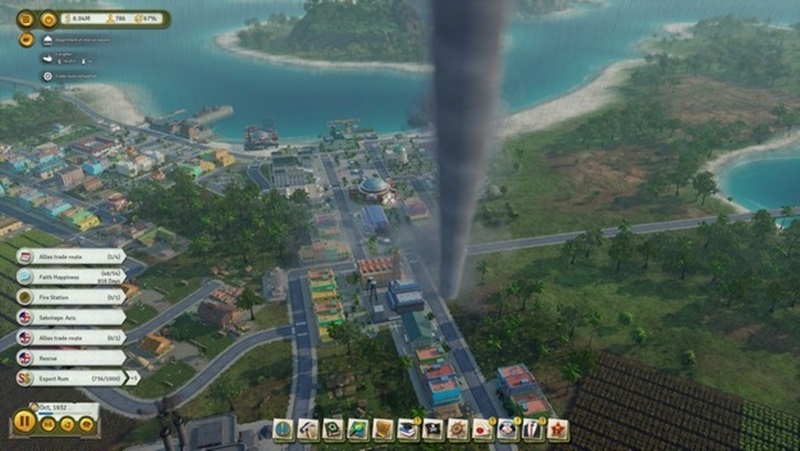 Slow, methodical approach and attempt to plan a regular disaster of a natural disaster, but also factions that bring an extra layer of concern to your El Presidente. Although diplomatic mechanics are very simple, juggling with factions is a significant part of the game that often affects gameplay time. Like little children, local capitalists, militarists and socialists, as well as international actors such as China, Russia, the United States will contingently ask you something. Build this building, enter into a trade agreement with us, increase this statistic.

By using constitutional provisions and laws you can define what state you want to create. The one in which only wealthy citizens can vote and where are under full state supervision covering all their medical expenses, but ask them to start working for 12 years? Why not? The combination is indeed a lot and the part of the magic of each new mandate is the possibility of experimenting with a new set of constitutional provisions.

The game also features several mechanics that can further ease your life. The Broker gives you the ability to make payments better with relationships with other countries, set the results of your choice, or get to some technology earlier. You also have a pirate crew that can steal your money, steal people, steal the Statue of Liberty and other world wonders. 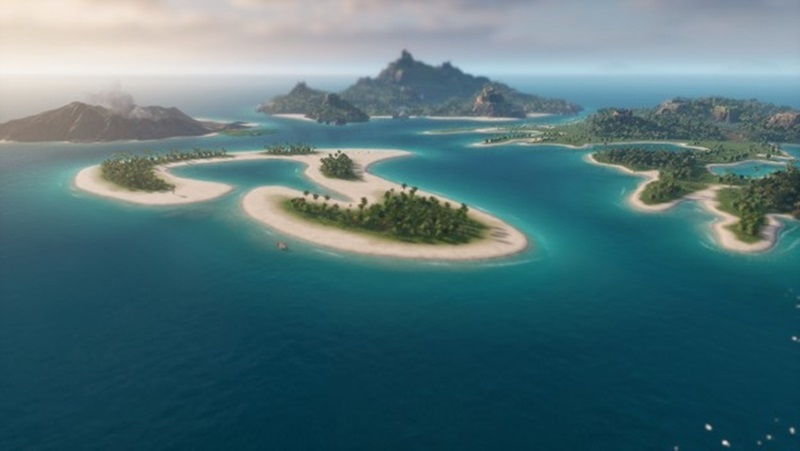 Tropico 6 is one of the most affordable city builders with a multitude of mechanics. Most of them are directly taken from the previous sequels, but there are some tiny novelties that ultimately have not significantly affected the gameplay. In that regard, I had a feeling that this was actually the compilation of "best of Tropics" or some kind of dumped DLC.

It is still the best Tropico in the series whose gameplay loops form a fun entity that has the potential to keep you awake long into the night. Yes, it is a type of game that can not significantly deviate from the established formula, but this incremental improvement will make it difficult to attract players who are not fans of the series yet, despite the addictive nature.

Is this game in Gamehag rewards?

Very good tropico to talk about

@YugiCiganina You already commented (spammed) here before already and splitting up your comments is also considered spamming, you will be losing 10xp for each one here and on other posts once they get checked by an admin and if you keep it up you could end up with a ban as well