Review of the cult game Vampire: The Masquerade

Vampire: Masquerade-Bloodlines is a type of RPG that combines the key elements of traditional RPGs with beautiful, immediacy and brutal first-person combat. The game immerses players in the dark and cruel and secret world of modern Los Angeles, belonging to the terrible creatures of darkness that feed on human blood - vampires. Players will have to develop their character’s abilities, interact with other characters and perform conspiracy tasks, and fight a deadly battle with other vampires with an incredible set of abilities and weapons. The game is built on technology Valve Source.

History of the game


Bloodlines was one of the first games released on Valve's Source engine. The development of the game was fraught with many difficulties, and as a result it was released unfinished. The gaming press highly appreciated the scenario and dialogue of the game, as well as the high non-linearity and influence of the choices made by the player on the events of the game, but criticized the technical implementation and numerous bugs.
To the veins of the gaming industry, our beloved inhabitants of the night did not disdain too, sometimes giving birth to such beautiful creations as BloodRayne, Castlevania, Legacy of Kain and many others. However, it is worth noting that now the development of the vampire setting has somehow stopped, both in games and in movies.
The style, elaboration and interestingness were appreciated by the players, but alas, the technical component left much to be desired so much that until the release of the first and only official patch 1.2 the game simply could not be completed.
There are indecently many different versions of patches and mods. The current version of the unofficial fan patch for today is version 9.5.

In the very mechanics of the game, the development of characters' personalities given no less attention than their combat skills.
At the beginning of the game, the player can either choose the gender of the character - male or female - and the clan to which the hero belongs, and distribute a certain amount of points between attributes, abilities and disciplines, that is, vampire supernatural powers. As an alternative to the traditional creation of the hero, the player has invited to take a test with a number of questions, at the end of which the game will offer him the most suitable characteristics and clan.
Attributes had divided into physical, like the skill of hand-to-hand combat, social, like the ability to manipulate other characters, and intellectual, like the skills of investigation. The number of points that a player at the beginning of the game can put in each category of attributes depends on the clan chosen.
The choice of abilities that you will develop determines, in essence, the whole course of the game, setting a general line from which it will be very  difficult for you to retreat later. Choosing a mannered vampire from the Toreador clan, you will have to solve problems solely by chatter and swear obscenely if it comes to a fight, since the wide possibilities of brainwashing the interlocutor are compensated for by sickly problems in battles.
On the other hand, having created a pitching killer, you will not see much of the chic dialogue with which the game bestows a diplomatic character.

Vampire: The Masquerade - one of the best games in its genre and one of a kind on the theme of vampires. For some reason, it happened that in games vampires are not very interesting and has not often presented as the main plot element. This game to this day has virtually no adequate competitors.

Very atmospheric and well-developed world. Here are the real vampires with super powers. At the same time, there is a choice of clans (which will affect the game and not just the abilities). Very cool task, both plot and side (which have a plot, and often several branches too).

This game must really delve into and explore, and not just run from task to task by marker. Listen to everyone, examine everything, settled on the terrain.
Vampire: The Masquerade - will not work in order to sit in the evening, she needs to devote a lot of time if you want to get the maximum pleasure from her. 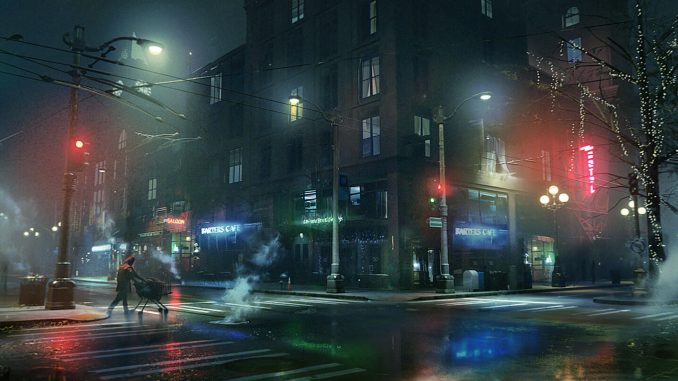