Now, it is next to impossible that you have not heard about this title by now, but still if you haven't, we are here to change that. The culmination of a nearly decade-long project whose aim was to adapt the work of the intelligent author of Polish-born fantasy literature, Andrzej Sapkowski, to video games, The Witcher: Wild Hunt is a delivery that leaves us speechless. This is an open world CRPG that has undoubtedly been conceived as the forefront of interactive entertainment in many respects, especially with its incredible visuals. However, it is also an extremely careful love letter for fans of the saga (both in literature and video games), role-playing and fantasy: a game that denotes excellence, love of detail and mastery in practically all its aspects, one of the strongest proposals in years and a source of pride for the video game industry.

The witcher, Geralt of Rivia, in the search for his fellow lover the sorceress Yennefer of Vengerberg learns that his former witcher apprentice Cirilla who disappeared years ago has returned to Temeria and is being chased by The Wild Hunt, a group of riders of the night which pressence brings omen of death and destruction to anything that crosses their path. Geralt then sets on a quest to find Cirilla before The Wild Hunt gets to her first.
A WORLD WHERE YOUR DECISIONS MATTER 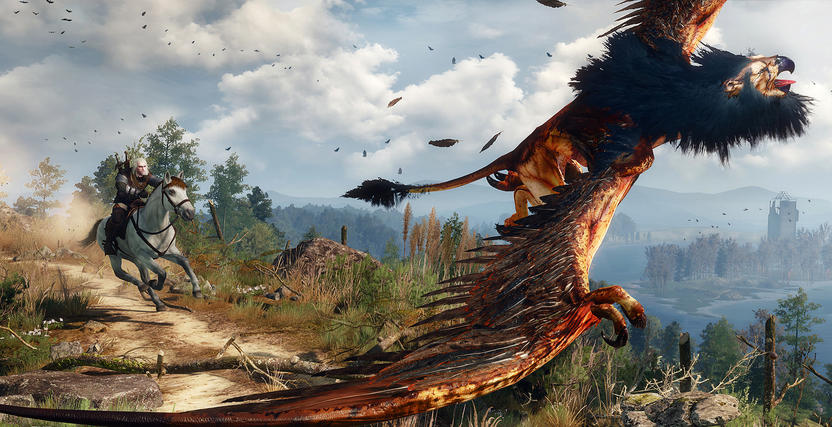 CD Projekt Red has masterfully crafted a unique open world with a variety of places, characters, quests, and lore. You play as Geralt of Rivia, a witcher who makes his living out of hunting monsters. Combat has improved over its predecessors, evolving. Geralt has, as usual, 2 swords at his disposal (iron for humans, silver for monsters), 2 combat styles (light and strong lunges), defense, parry (defend right at the moment the enemy attacks), rolls and a welcome addition, fencing steps to surround and flank. We also have the signs, which you will inevitably abuse in desperate situations (especially Quen and Igni), but at least the less useful ones have been strengthened a bit and have a more intuitive use.

You are free to investigate as you wish, spin your tracks, live the experiences that you must live, intermingling searches and unexpected events in the way you wish. You may be chasing an elusive monster and come across someone in trouble, an abandoned village or a simpleton who seeks to challenge you to death for not paying homage to his lady as if it were Don Quixote; you can take those opportunities or resume your prey's path. This gives tremendous versatility. I did not feel bored in all the hours I played, which, I insist, is a colossal achievement for an open world, where the quality of the design always suffers for the scale, for the giant maps and worlds that they offer.

Crafting and alchemy are back, with the making of bombs and oils on your own, and the creation of weapons, armor and parts by blacksmiths. All this requires, as always, formulas, diagrams and skilled craftsmen.

THE  MIRACLE OF PAINSTAKING DESIGN AND OVERWHELMING MAGNITUDE 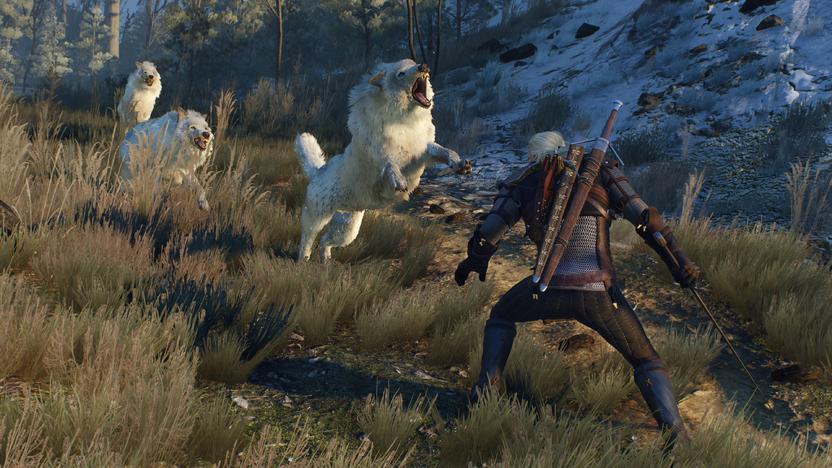 Wild Hunt is beautiful and certainly invites you to lose yourself in its meticulous and detailed settings. I must emphasize that CD Projekt RED, which hired botanists and surveyors, has achieved one of the most credible and amazing RPG environments, with a true knowledge of nature and terrain, plant formations, flora and fauna, which give a natural appearance cared for above the level of a common game.

The music is excellent, with its mixture of fine strings and extensive use of voices and choruses that move away from the bombastic epic and opt for a feeling that mixes savagery, elegance, exoticism and strength. The atmospheric immersion is fortunate and the combat music is excellent. Perhaps a bit more was lacking in the idyllic fantasy music section for your long rides in the countryside, but it is a solid soundtrack full of verve and taste.

Decision making plays a huge role in the game which may open up side quests and give you one of the multiple endings included in the game. 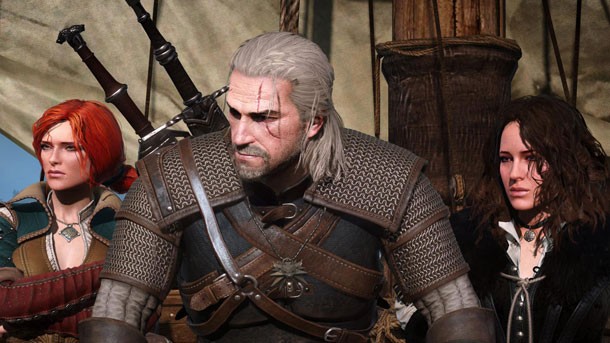 When I say that the characters are the charm in this game, I am not kidding. They are just beautifully written, excellently performed and will definitely make you fall in love with them. Whether it is the monster hunter Geralt, his adopted daughter Ciri, or his love interests Triss or Yennefer, they all are just..... to be honest, I can't even find a term to describe them.

There are several reasons as to why this game is so beloved amongst the masses, with its character-driven storytelling being perhaps its biggest strength. A game so reliant on a story-driven experience would fold like a pack of cards if the characters weren't memorable, but CD Projekt Red's writing brought these packets of data to life in the most amazing way possible. Suffice to say, the main questline of The Witcher 3 would be nowhere near as memorable had it not been for its characters 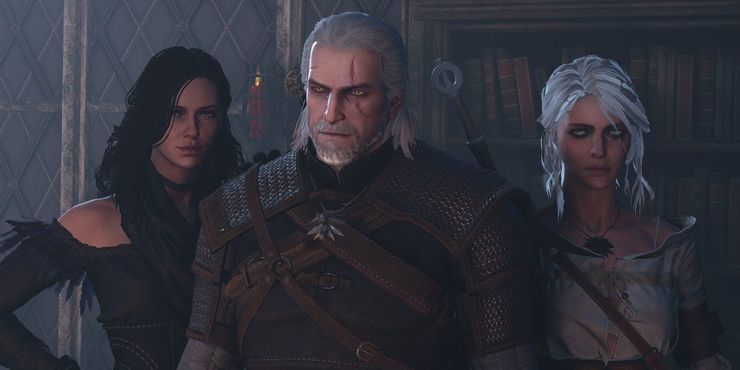 The Witcher 3 isn't a game. It is a treasure of this generation. To put it in simple terms, one of the best games of all time. All that is miraculous and magical, the essence of role-playing and its power to tell stories and feel them as something ours. This game has the dignity and beauty of all great goodbyes, a lucky and nostalgic evocation which will leave you in tears by the end.

This game is a masterpiece

this review has been copied (stolen) from many other sites... is that correct ?

wat game is it tho

WAT GAME IS IT

It is from Witcher 3 guys

hi i want to teel you sometjing

and amazing RPG environments, with a true knowledge of nature and terrain, plant formations, flora and fauna, which give a natural appearance cared for above the level of a common game.

this is what i am talking about

this is what i am talking about

GOOD but not good

i personally Dont know much about it