What I Liked About Rise of Kingdoms

These days, MMO (Massively Multiplayer Online) games are all the buzz in the gaming community. Many of us gamers find ourselves immersed in the colorful graphics, continuous challenges, as well as the online community. War and strategy games are especially common in the market today. Rise of Kingdoms falls under this category, but also offers some features that set it apart from some of its peers and give players a more unique experience. Having played this game, these are a few things that appealed to me personally.

Choosing your Kingdom
When you join the game, one of the first things you do is pick a civilization and starting commander. There are 11 different choices: Rome, Germany, Britain, France, Spain, China, Japan, Korea, Arabia, Ottoman, or Byzantium. Each civilization has its own architectural style and visual depiction. Personally, I've only played as China and Japan but as you spend more time in the game, you'll meet many other players and perhaps enjoy the diversity across the map.

Historical Background
As demonstrated by the civilization choices, Rise of Kingdoms does incorporate some history. After choosing your civilization, you'll be given your starting commander, which is modeled on real historical figures. For example, the first hero I had in the game was Kusunoki Masashige, since I chose Japan. Of course, you'll be able to collect more heroes as you play the game. These commanders aren't tied to your civilization so you'll come across a wide range of historical names, from Joan of Arc to Sun Tzu. 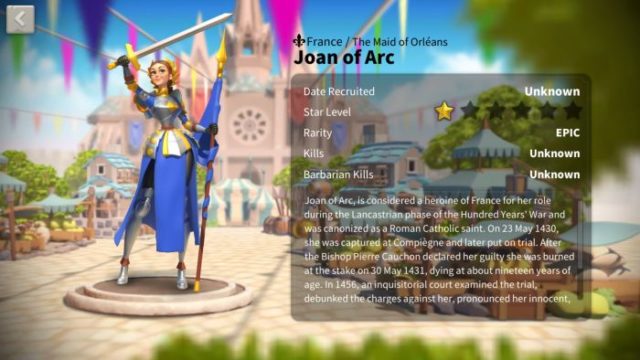 On each commander's page, you can see which civilization they came from, as well as some in-game attributes. Below that, there's a blurb, about a paragraph long, that basically tells you about these people and some of the cool things they did. Some of these people may be familiar, but as you gather more heroes, you'll definitely learn about people you never knew existed. For me, that's one of the most appealing features of RoK. Even if you're not the biggest history nerd, it's still interesting to read about these amazing people.

Kingdom Layout:
As you build your kingdom, you'll be constructing and upgrading different structures that boost your power, resources, and other things that will help make your kingdom stronger. In addition to the core buildings, there are also many decorative items that enable you to customize your unique kingdom. It may be harder to redesign and organize everything as it gets more cluttered, but the game makes it easy to change the design of your kingdom anytime without losing your current layout. The city editor provides three layout templates, which is essentially an empty kingdom space that allows you to start from scratch. These layout designs can be saved and activated to give your kingdom a new look. 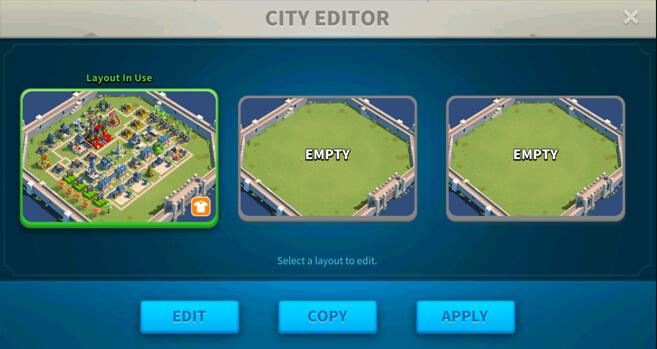 As someone who is really into design and customization, this got my attention. I've only played a few other civilization games before, but I did enjoy Rise of Kingdoms a little more than the previous games I downloaded on my phone.

Note: This article is written based on my personal experience and opinion, so other players may have different opinions. Also, this is my first time writing an article on gamehag, so any feedback or critique is appreciated.

o this is god game

but a dont play

my fone is wery bad

You need a lot patience for that

@1314nenon If you don't mind, can you explain why it looks like I copied? I'm just wondering since it kind of sucks to spend hours writing an article and be discredited like that.

im 7 years ago and i was good then,and it's good now to!