So, we've been rocking out the space travel, guns, and add-on content for quite a few months now. With the awaited summer launch of the new DLC content, It's time for an honest review of the gaming experience.

Released on September 13th, 2019, Borderlands 3 was the much awaited sequel to the original console Shoot-and-Loot. Boasting millions of guns and cosmetics, 2k Games garnered early praise and much anticipation for the launch. With supporting scores of 82 on Metacritic and 9.10 from IGN, it’s safe to say that everyone was waiting for the launch with bated breath. Everyone was waiting to see just what the Children of the Vault and Queen Tyreen had in store.

Boasting a lengthy story of space exploration and enemy annihilation, Borderlands 3 took a page out of their earlier Borderlands The Pre-Sequel and took the players beyond Pandora, adding 5 planets to explore in order to find the keys to the Eridian Vaults. The number of planets continues to grow, and the following DLC patches as well as end game Guardian Takedown missions added new places to explore. My favorite of these planets is Xylorgos, from the Guns, Love, and Tentacles DLC released in March 2020. It’s creepy Cthulhu-esque setting and NPC (Non-player characters) really tied everything together.

As with previous games, Borderlands 3 plays heavily on the 4-person gaming party. With 4 unique character builds to select, and near infinite optimization through leveling, it’s safe to say that no matter your running and gunning style, you’ll find a play type to match your needs and wants. For the players who like to have additional combat support, there’s  Moze, a veteran with a giant automated mobile mech suit named Iron Bear, or Fl4K, a sentient robot who commands a variety of pets and stealth skills to aid in takedowns. If you’re more hands-on, then Amara is the girl for you, specs for holds and melee, she’s a powerhouse. If you want to mix both of these together, there’s always Zane, who offers both shield support as well as drone and clone assistance. 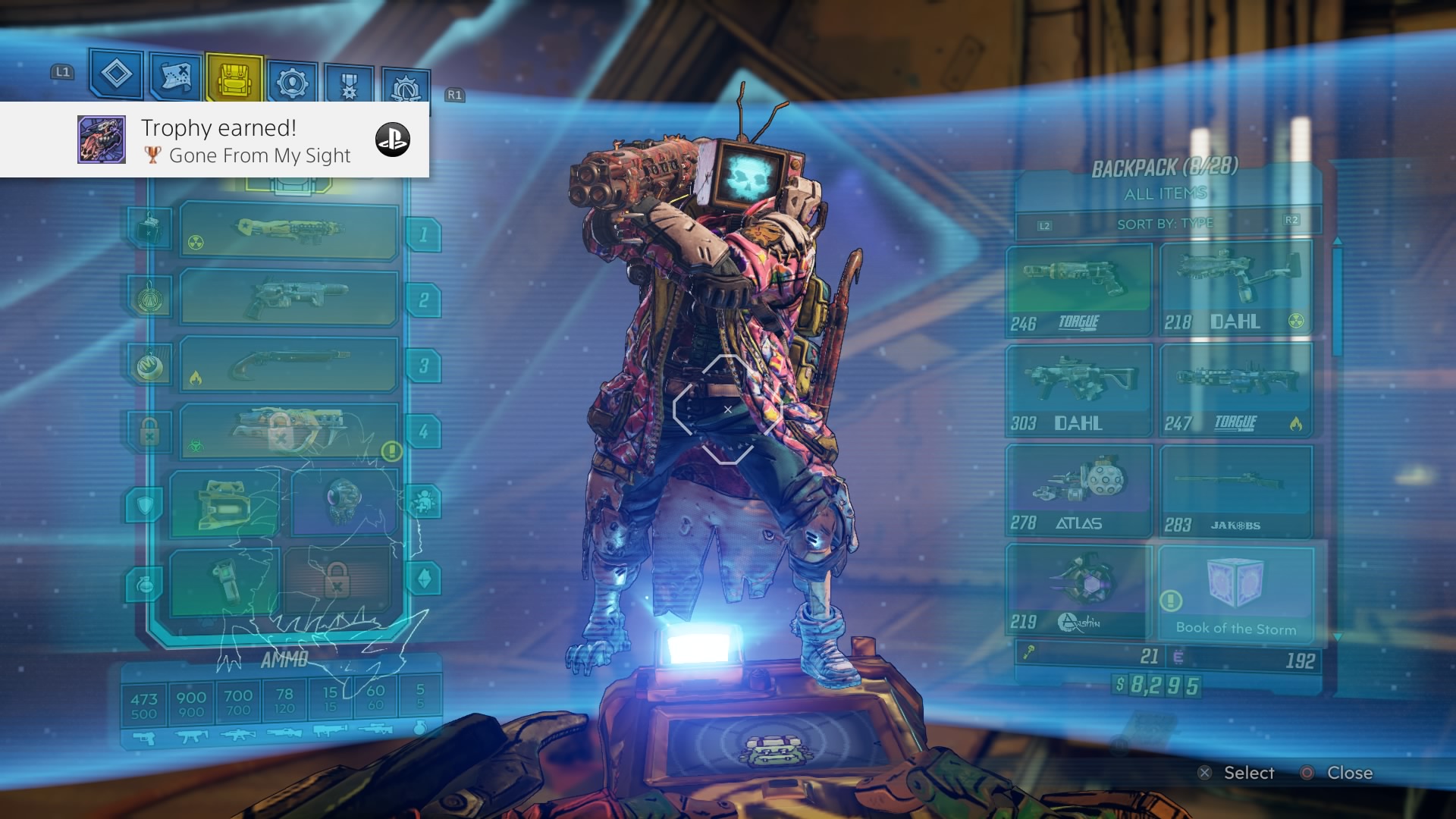 While I’ve spoken about the versatility of the game, there is no denying that there are still issues and glitches, which 2K has been working on addressing with weekly patches. While some of these pesky issues have been resolved, others are still present. Sometimes old content will pop up where you least expect it. This can be seen every now and again with a heartbreaker or ghost appearing on the screen, long after the special holiday event has ended. Similarly, there are bugs when it comes to enemies and effects failing to resolve and leave the screen. Continued instances of this occur in the Maliwan Takedown at Blacksite and in the Zer0 Bounty hunt for Judge Hightower. There are also trophy glitches, though in one instance this is a bonus; it is possible to earn the “explored all named locations” trophy, without actually exploring all locations.

What Borderlands 3 does offer its players is a massive set of activities, quests, and stories to keep them entertained and playing long after the main game story is finished. With holiday events, end game takedown challenges, and at least 2 more DLC packs scheduled for release in 2020, the investment of money vs. enjoyment and time is amazing. They’ve already increased the level cap, added improved and additional Mayhem play functions, and vamped up the True Vault Hunter mode to give the completionists a great reason to go back and try again. It also boasts the return of many player favourite NPC’s, not only from previous installments but also from the Telltale release of Tales From The Borderlands, released prior to that studio going under.


In closing: Borderlands 3 is great fun to play with a group of 4, there’s lots to explore, endless combinations to make your character truly reflect your preferred playstyle, and exceedingly easy to Platinum trophy!

the storyline is a little weak though

Borderlands 2 is the best for me.

please talk about csgo only

i play this amazing game