Iranian myths such as Rostam, Kaveh Ahangar and Gerdafarid have always been a significant source of inspiration and use in novels and plays. Now, despite the potential of these stories, their use in the gaming industry, which has become one of the most lucrative industries today, is not surprising. Today, with the creation of online stores, Iranian companies can also offer their products through various platforms such as the Steam store to play Iranian friends. Although the game Garshasp: The Monster Slayer was produced in 2010, it has been available in these online stores for almost a year. Since I am personally interested in Iranian myths, I decided to try this game.

The story goes that Gershasp, one of the Iranian heroes, realizes that Hitasp, nicknamed Zarrin Taj, killed his brother Orovakhshieh and looted the Torrit family's mace. Zarrin is the crown. Therefore, if more characters were added to the game in the game's story, it could definitely double the charm of the story. 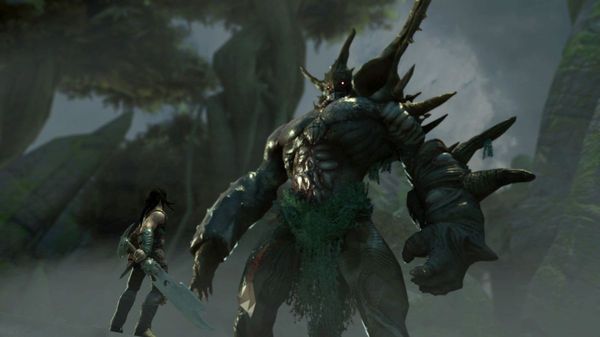 Regarding the gameplay of the game, it should be said that it is really good, although at the beginning of the game, it is more attractive for the players, and gradually its attractiveness decreases and is repeated. In general, you can play the gameplay to the stages of the game platform, which includes jumping from one platform to another platform (to which various types are added in the continuation of the game), battle with enemies, which includes normal, armored and bass Battle giants (so-called giants). Last step), divided.
Regarding the gameplay of the battle with the enemies, it should be said that it is designed to be very attractive, especially since you can upgrade your weapon by receiving red dots in the game and use a combination of keys to hit the enemies more severely. The gameplay of the platforms is also well done and brings to life the nostalgic feel of the old games, although to some extent the control of the buttons seems difficult. One of the advantages of the Garshasp game: the Toriz game, which made the gameplay more attractive, was the ability to play with console-like controllers. This support for the gamepad makes the gaming experience much more engaging. Of course, in this case, if you are not a PC gamer like me, you will not have a problem.
The gameplay of the game's bats, or in fact the giants of the last stage, was also interesting, but other than the last stage and the fight against Hitasp, other giants can be easily defeated. Simplicity means that you just have to have a specific strategy to cross the giant barrier. However, it was also attractive. Another highlight of Garshasp's gameplay: The Sartre Wand is the ability to defeat enemies. This was especially true of the giants of the last stage, so that when the enemy's life was low, after hitting the interaction button, you had to do the right thing to get Gershasp to kill the giant. As you do this, Gershasp also kills the enemy with special dramatic moves, doubling the game's appeal. 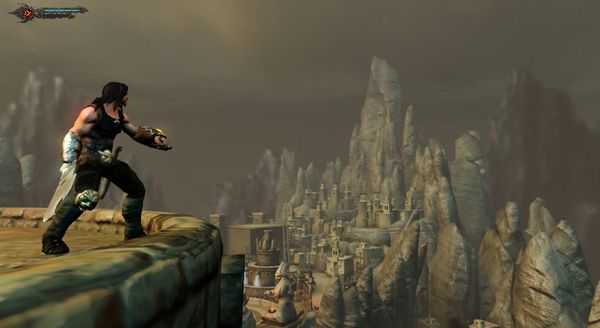 Unfortunately, one of the problems seen in the game is the inability of the user to save. This will prevent you from stopping the game when you are tired and you will have to wait until you see the yellow ball. Other problems with the game include the large gap between the gameplay and the game's story. Although we see cutscenes (cinematic videos in gameplay) during the game, most of these cutscenes do not tell a specific story. This long distance means that the player does not communicate well with the game's story. Of course, there was no need for communication because, as mentioned, the story of the game can be summarized in one line.
Another downside to the game is the camera angle. Changing the camera from the back of the Garshasp character to the front of the character when the enemy is in front of you makes you not know what the enemy is in and you have to move the character quickly to see the enemies coming towards you from the front. Of course, in some situations in the binoculars, you could see more of the game environment. For example, when you go up the stairs, the car pulls back to make the palaces look bigger. However, the large camera changes do not cause much fuss and are more annoying.
All in all, the gameplay of Garshasp: Gareth Surat dominates the game's story, and this is something that is unfortunately a negative thing about this game, because Iranian myths always have a high potential to attract the audience. Of course, as mentioned before, the gameplay is very attractive at first, but gradually the repetitive mechanics of the gameplay cause fatigue in the player. Of course, the game design team tried to keep the game attractive by making some repetitive mechanics more difficult, but it didn't have the necessary seasoning for the game. 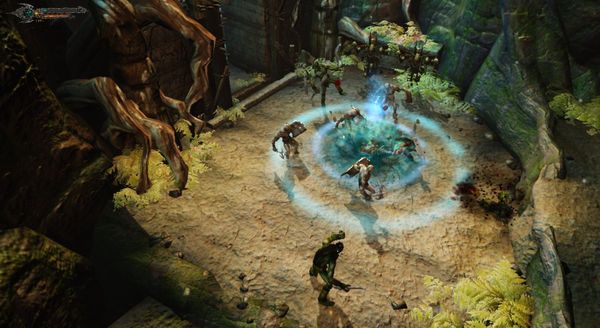 You will definitely not regret doing it after the game. Garshasp Game: The Torrit Deer is attractive enough to keep you entertained for 4 or 5 hours. As I mentioned earlier, Iranian myths have great potential for creating appeal in various entertainment models, from comic stories to video games, but in this game, unfortunately, the focus is more on the gameplay, which is well worked but less attention. It was a story. There are cutscenes throughout the game, but they don't tell the story as they should. It can be said that the lack of a character who can help create dialogue is strongly felt in the game. Also, the lack of sound for the characters (except in the last scene of the game) is one of the points that reduce the overall score of the game.
At the end, I have prepared a gameplay of this game, which you can see below. In preparing this gameplay, an attempt has been made to include the bats' bass and the combination of the game's movements.

This game was similar to GOD of WAR series.

Thanks! We really appreciate your feedback.

Your reward has been credited to your account. We look forward to seeing you again soonE