Teeworlds is a very nice 2D game with good graphics and soundtrack. The game is available on Steam 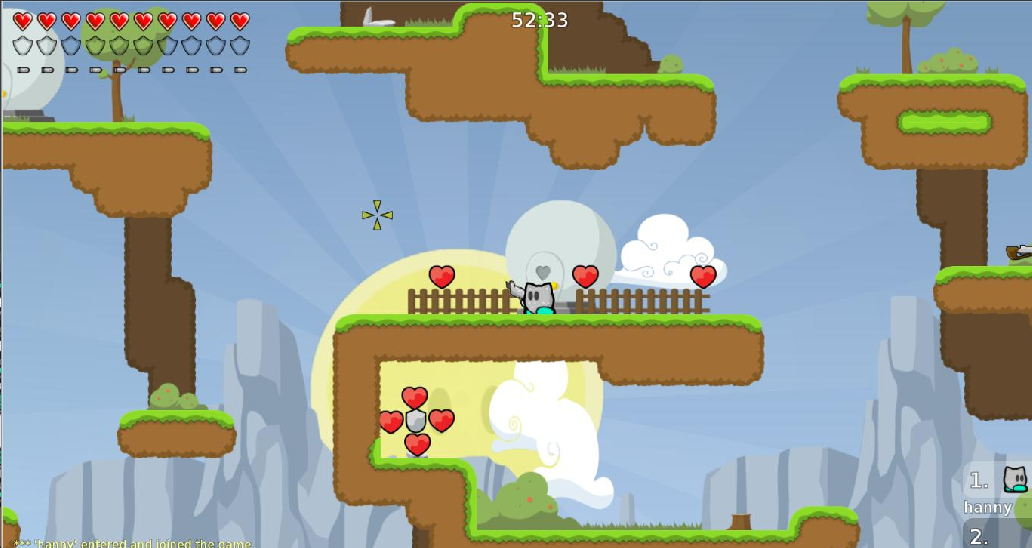 Teeworlds is a 2D platform game for PC, in the past, it had another name, it is a two-dimensional multi-player shooter in cartoon style, usable with keyboard and mouse controls inspired by the classic ones still used in the vast majority of shooters. The game natively includes and supports deathmatch (DM), team deathmatch (TDM) and capture the flag (CTF) modes. However, the open-source nature of the game has allowed the proliferation of new types of gameplay. The game can be found on Steam Freetoplay, with various purchases available but which will not involve gameplay. The game offers a server mode to be able to enter or create it. The server has up to 32 players, and you can also invite friends and you can play together. Once logged in you can decide to attend the game or take part in it: at least 2 players are required to continue the game. Game development also depends on the version configured on that server. 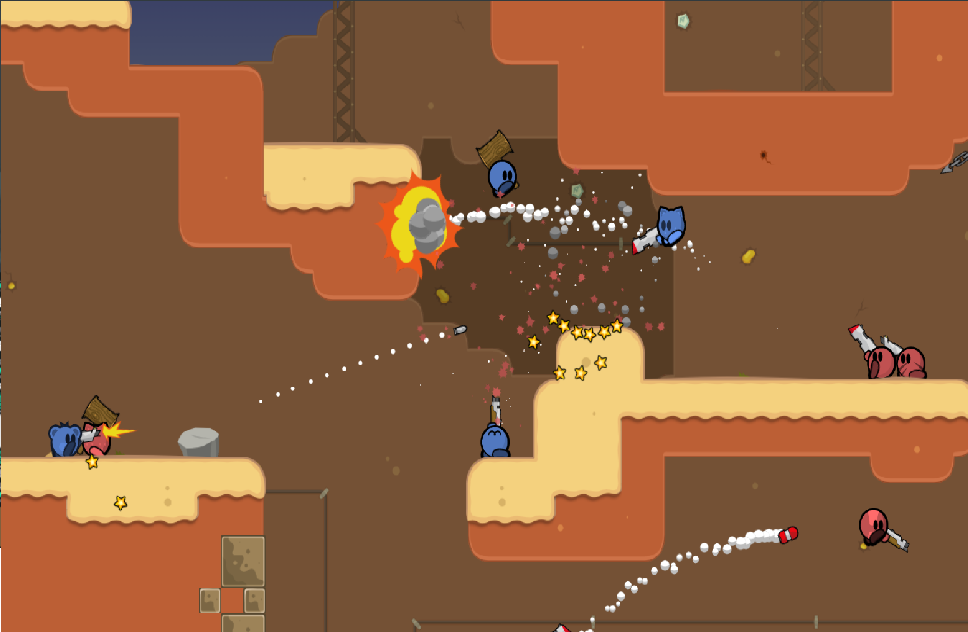 The game is varied on this front we could choose various weapons to use to defeat the enemy. The player will have a hook which if thrown to a platform can throw it towards it. The hook is already available, you can use it to your advantage.

However, there is a type of protrusion on which it is not possible to hook, and this is usually indicated with metallic patterns. The various weapons available to the tee are mainly used to weaken and/or kill the opponent. Using the keyboard it is possible to move the tee within the game environment. The mouse pointer is replaced by a pointer. They will point the gaze (and the weapon) in the direction of the viewfinder; by aiming the crosshair it is possible to launch the harpoon or fire with the weapon in possession. The character can have multiple weapons available at the same time, but only use one at a time; the weapon switch is obtained through a configurable command on its system settings. 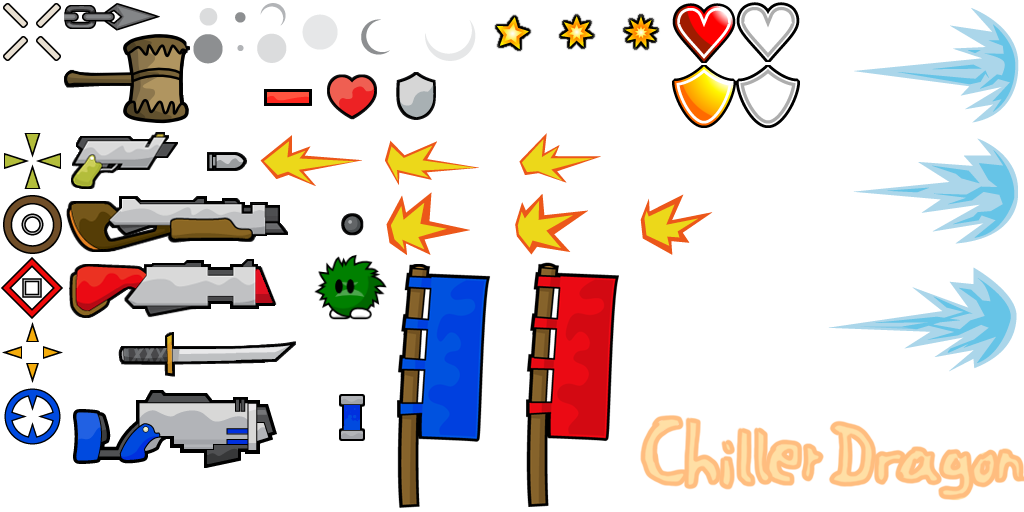 Weapons are different and can be used from the beginning. A hammer supplied by the character that can only cause damage to opponents if in direct contact. To weaken and/or kill, the crosshair must be pointed in the direction of the opponent. It is generally the character's default equipment (at least in the standard game modes) as it is an unlimited weapon;

A semi-automatic pistol with infinite ammunition but with a limited reloading time.

The grenade launcher has a discrete range and range of action.

The sniper rifle has a long-range but a minimum range of action; it needs excellent aim.

There are modes, which are Death Match, Team Deathmatch, Capture the flag. The game's Death Match is to reach the maximum score by assassinating the opponents in an "all against all". Each opponent killed increases their score by one point. Team Deathmatch is for those who want to play with friends or other players who will be willing to help you face everyone. Capture the flag is a team score where the "flag steal" mechanism offers two teams a base within which a flag is housed. The purpose of the teams is to steal the opposing flag and return it to their flag.

The maps are many, including beach, snow, valleys. The maps can be voted by a player to change it if it is not to his liking, except if the vote does not reach the maximum number of votes for "YES". Maps or not, the game remains beautiful and all maps are equally playable, none are more favored than the other and vice versa, continuing in this way.

I personally rate the game with 7/10. The game is OK, the graphics are good enough for a 2D game. I personally didn't face any problems while playing this game, I bet you won't face any issues too.


What do you think of the article & game?
Please, let me know in the comment section! :)
Image source: Google.

the character looks a lot like a yugio poro :D