Riot Games spent last year producing some of the best cosmetics the community has seen to date, with options ranging from eldritch horrors to magical anime girls. With so many great options, it’s worth taking a look back and ranking the best League of Legends skin lines of 2019.

There are a few guidelines to go over first.

First, a skin line is defined as three or more skins that can be categorized under a name or theme. Next, they are ranked based on their creativity and popularity within the LoL community. Bonus points will be awarded for including a legendary cosmetic, having an expanded narrative, or having some other unique quality attached to it. 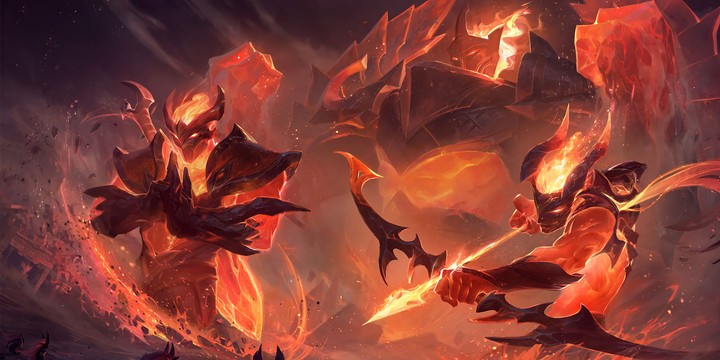 Shen, Galio, and Varus were fortunate enough to receive new cosmetics this year, but they weren’t the most interesting on this list. This trio is an addition to the established Infernal-themed skin line, which transforms champions into cataclysmic fiery warriors. Sadly, the description is cooler than the actual skins which are typically just the normal champion designs with some embers sprinkled on them. 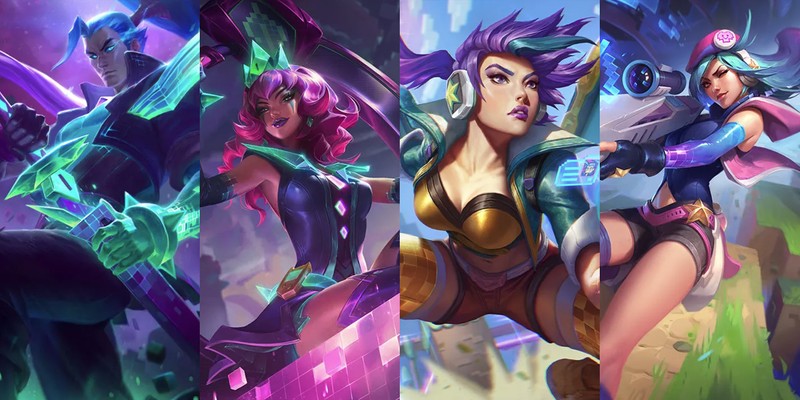 Riot released a fresh batch of Arcade skins this year, but they're a little disappointing when compared to those that came before. The series that pays tribute to classic games of the past has featured wild redesigns of champions to fit them into the role of a video game protagonist or villain. Yasuo, Kai’sa, and Caitlyn’s skins come off more like a neon cosplay that pays homage to geek culture rather than arcade games.

Qiyana’s skin is the glorious exception to this forgettable skin line. Her costume’s design works well with her personality and fits the retro video game villainess theme. Frankly, it’s the only reason this category isn’t ranked lower. 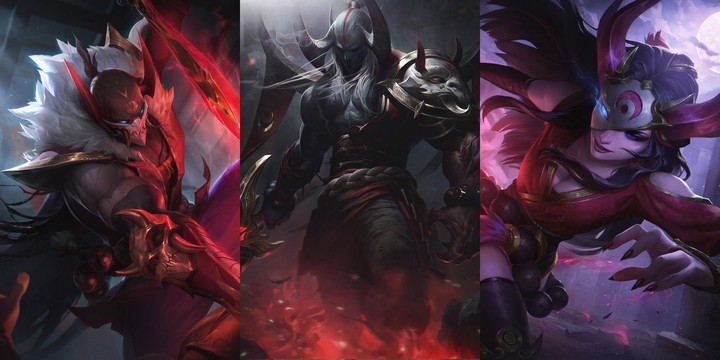 Blood Moon 2019 is the latest entry into the annual Oni-themed skin line. These cosmetics never fail to impress, both with their splash artwork as well as their in-game appearance. However, this year’s Blood Moon skins felt a little distant from their theme. Sivir, Aatrox, and Pyke feel less like Japanese demons, and more like just some ordinary dark warriors. 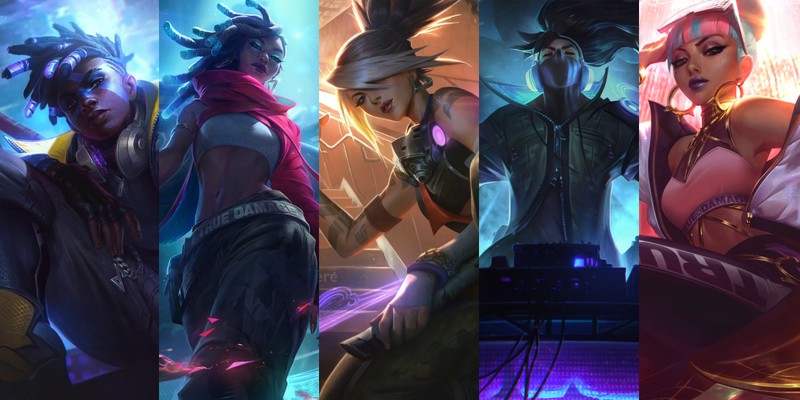 Following up on League-themed virtual band K/DA seemed nearly impossible, but Riot managed to blow the community away once again with their latest musical group True Damage.
Each True Damage skin is awesome in its own right, but the legendary skin for Ekko is the real stand out. This cosmetic has the champion voiced by rapper Thutmose who spits bars as Ekko himself dishes out sick dance moves while moving around Runeterra. Also, Qiyana’s prestige version is designed by luxury fashion label Louis Vuitton. How awesome is that?


The Dark Star skin line is one where Riot allows their artists to use their imagination, and really create something unique. This year’s additions are continuing this tradition with three spectacular cosmetics for Jhin, Karma, and Shaco. Dark Star 2019 may be the skin line where it’s hardest to pick a favorite

The skin line’s legendary cometic Dark Star Jhin is a major treat to LoL fans with a fascination with Lovecraftian aesthetics. With an unsettling design and a disturbing, yet oddly soothing voice Jhin is a nominee for the best legendary skin to be released in 2019.

ty for the article

i don't like that game that much. i don't play it and i didn't know it

True Damage skin is awesome in its own right, but the legendary skin for Ekko is the real stand out

Shen, Galio, and Varus were fortunate enough to receive new cosmetics this year, but they weren’t the most interesting on this list

I main yasuo and i am proud of that

I really like the True Damage skins, Yasuo and Senna look great