Color Switch is an arcade game. The goal is to get through the levels and get as many stars as you can so you can unlock other levels.

Hello, y'all! Today I'll make a review of a game called  Color Switch.

The game is about a small ball jumping through various circles, stripes, and many more "obstacles." The ball has its own specific color, which we must adapt to the given obstacle if the ball enters the field of the wrong color, we lose.

After collecting the "colored circle" (which appears from time to time on our way), the ball changes color to which we have to adapt. In graphics, black color predominates, not counting, of course, colored obstacles; I can't describe the sound, I'll just say but it is very annoying and distracting, so I recommend to mute the sound while playing. During the game, we encounter stars on our way, for which we can then buy other shapes of our initial ball, which after change does not have to be it at all! The game also has its Instagram, and a clothing store, so if you are fans of this game you can buy one. Every 12 hours we can spin a "wheel of fortune", in which there are different amounts of stars to win, and a random ball. There is also a kind of mission in the game.
In the game, the distribution of our obstacles is random, but the harder the higher it is, because our obstacles are starting to move faster and faster, and they get smaller on which we must be especially careful, because one move too fast or too slow, and we can spoil the whole game. 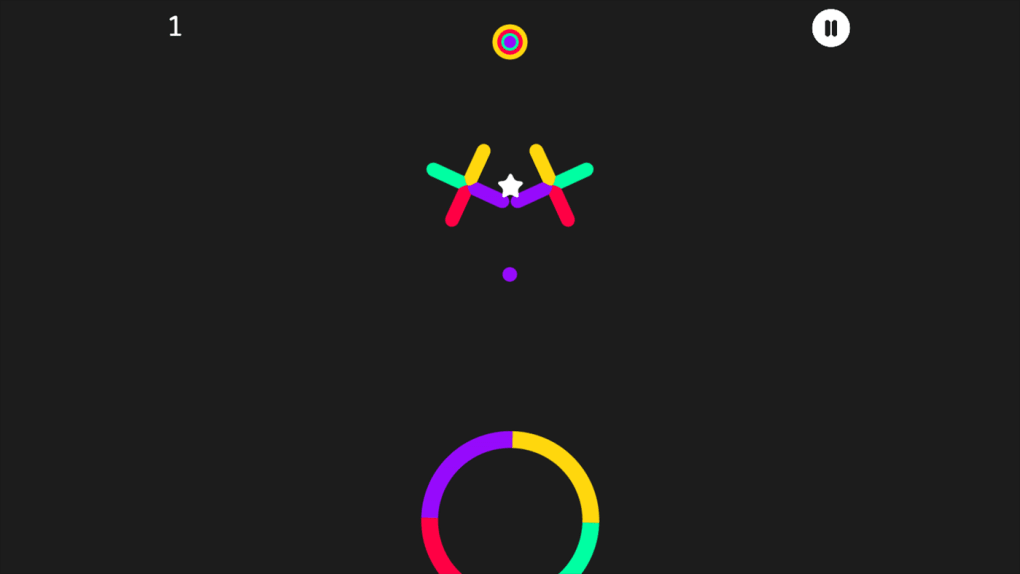 A very huge plus of Color Switch is that there is no there micropayments, which means that there is no "exaltation" of people who put their money into the game. The goal of the game is getting stars, so you can consider them as leveling because the number of collected stars also counts as a record! The advantage is also that during the game ads don't pop up, not only when playing these ads are simply not there, we can only watch ads when we want to earn some stars. Finally, I would like to mention something about the controls in the game, which are really trivial, because we have to tap on the screen with our finger. 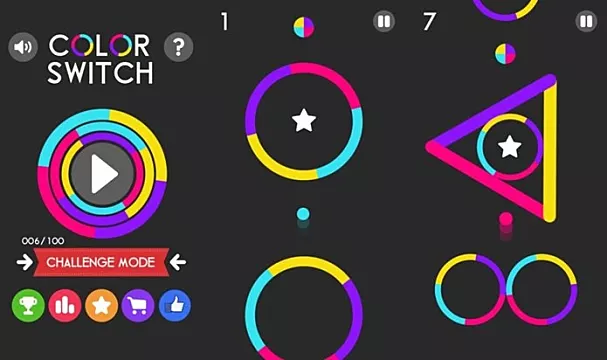 I rate the game with 8/10. The game is well polished and it doesn't jam. The game kinda reminds me of the flappy bird game, which on moments can be annoying, but it's okay. The game doesn't require an internet connection to play, so if you've got no internet you can play it anytime you want! Sometimes the sound is very annoying, that's the minus. But in general, the game is amazing and this game totally satisfies you while the gameplay, that's why I recommend you to download it! :)

Great review! I played this game before, but now maybe I will download it agian!

That game isn't so popular now

But it's still a fuj game to play

This game can be played when you are bored

its a great time killer