This article is going to be talking about battle warship naval empire guide where I am going to give you all the information about the video game so keep reading grab some popcorn because this is a interesting article!

Here is a quick video to give you a Idea like what is Battle Warship:Naval Empire is.(Video by Special Games)

What is Battle Warship:Naval Empire?

Battle Warship:Naval Empire is a video game based on Navy themed war game which is on IOS,Android platforms (Network Connection is Required) And it's multiplayer and your goal in this game is to build a best naval empire and you can this all by collecting supplies for example oil,uranium and electricity. There is premium currency which is (Gold Coins) This game is a combination of real-life planes and real-life ships not but least you can join alliance and fight to become the best in your server or something like that.

Your initial goal is to upgrade all of the buildings in your base it can get hard but if you want to make it easier just follow the quests,buildings and stuff they tell you to upgrade and then you earn rewards.

How do you Play?

So you have to veer on your own like if you want to start off upgrading buildings and stuff just tap on the screen and drag it and every building's name level will show up and after that you just look for the building you want to upgrade and you will get free completion on everything that takes less than five for so minutes to complete and some will take longer you need to speed those items up to finish it and you are going to need to build up as many ships as you can here is how tap on the screen and drag it to the shipyard and the best way is to keep them all running at once and that will increase your numbers to win the battle and after that as for your aircraft you have to go to the aircraft factory which is complex but you will need smart chips which are in limited supplies and you can earn those by wining them from upgrading your carrier base and other building to.

Pirates are enemies that your Fleet can attack for resource farming purposes. Another unique difference about this game as compared to other MMORTS is that, you get Aircraft carriers. Each aircraft carrier has its own equipment customization option, isn’t that cool? Also, to add on, each of the equipment has options to upgrade it. Even though this may seem a little complicated, trust me, you’ll get the hang of it as you progress in game.Moving forward, when your base reaches Level 7 or 8, you would’ve already unlocked most of the content of the game. Most of your resources will be acquired through attacking pirates, so it’s important to keep your marching queues going rick to do this is to use your tier 1s, why? In
the event someone else tries to tile-hit your resource collecting troops, you would cost you
a lot lesser to repair them. But, using higher tier means more loot? No. The only difference
is that higher tiered troops gives you a higher attack rate, but it costs a lot more to repair as
compared to lower tiered ones.. (Information by https://www.esportsportal.com/novice-to-battle-warship-naval-empire/) 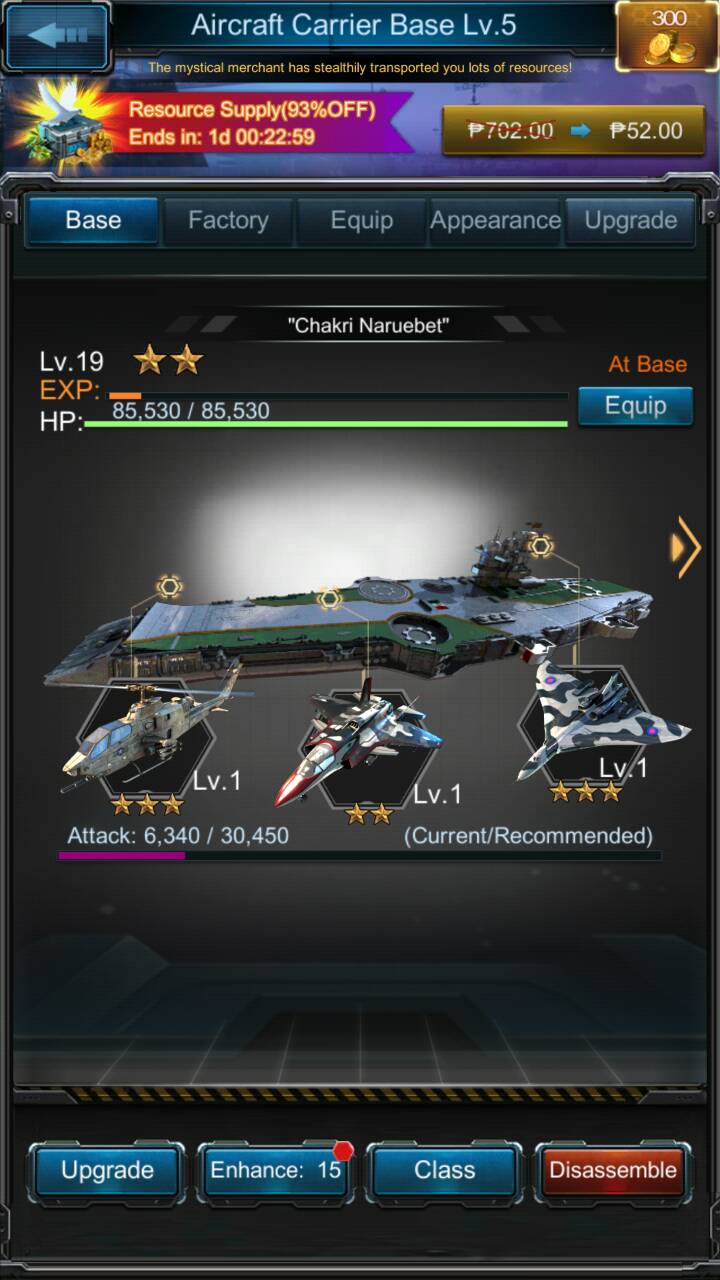 For any locked building or any locked feature you will need to upgrade your aircraft carrier as shown in the picture above and this will be the longest upgrade and you will materials as well you can hit the materials area and merge materials to make new materials which would make it faster and other method can be is that you can use smart chips area and see if your materials match the aircraft.


I hope this guide helped you please like this and thank you game hag to give a opportunity to show my feelings about this video game.