The town of Salem consists of 3 factions with different goals to achieve victory. First one is a town whose goal is to eliminate the mafia presence from town by searching for clues at night and discussing them in day, possibly leading to one person being hanged by vote of a majority. Some town members also have the opportunity to kill a player at night like vigilante who can shoot a person of his choice if he thinks someone is guilty.
If all the mafia members are dead town wins. Mafia on the other hand chooses and tries to kill one person every night, which is successful unless a town member makes a clever choice like doctor role choosing the person who claimed he is an investigator to hang a mafia member. 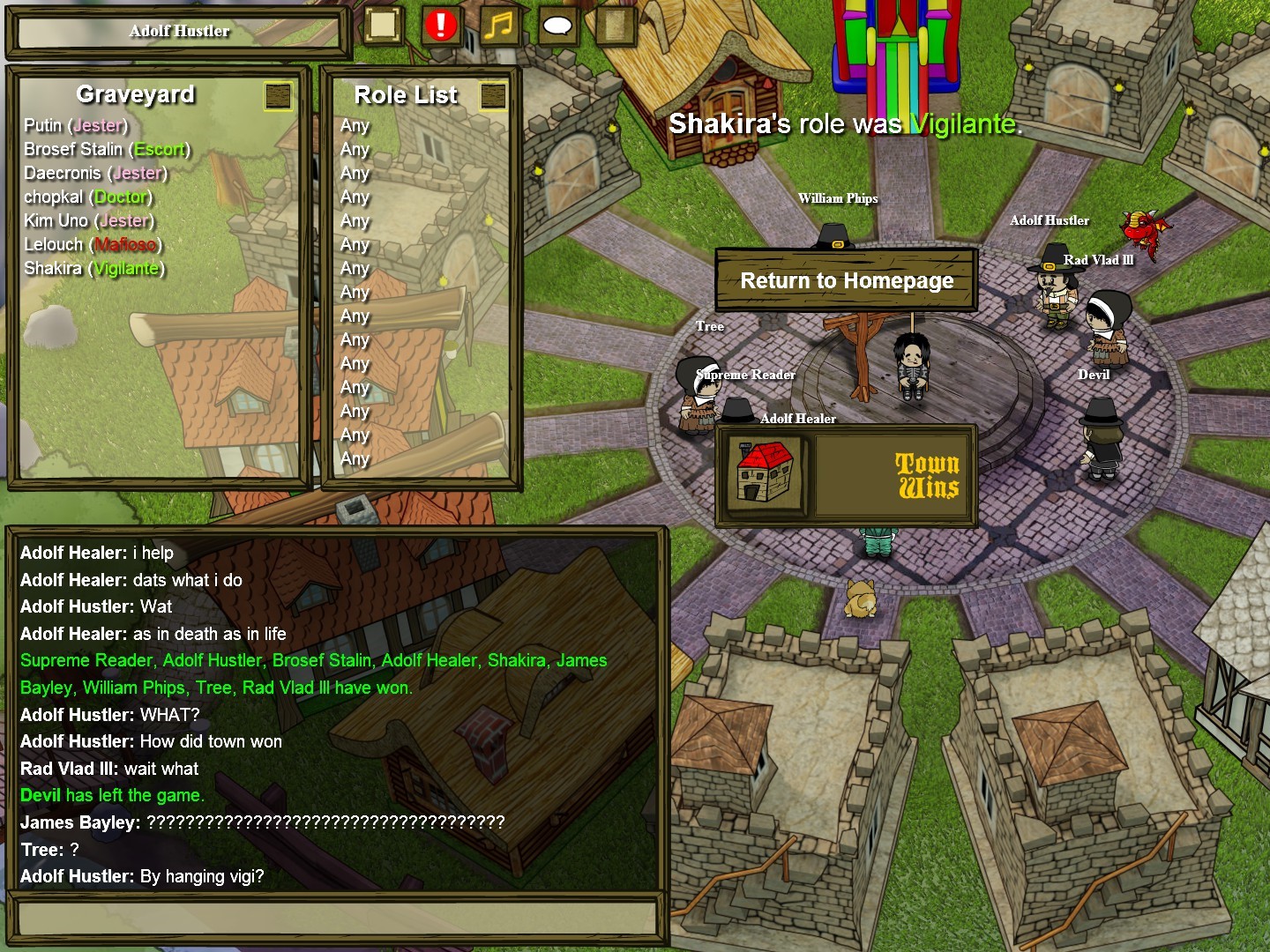 Mafia being the evil side wants to deceive everyone that they are townies thus escaping hanging and killing people on the night (1 kill per night)
Mafia wins when there is no more non-mafia player left alive. Final faction is Neutrals who are most evil characters trying to deceive players to doing something that would harm them. As an example jesters goal is to be hanged so he tries to deceive town into thinking he is a member of mafia hanging jester causes random people voting to hang him to be dying of guilt which is harmful to town so town avoids to hang him. Executioner on the other hand tries to make his random target (always town member) to be hanged. 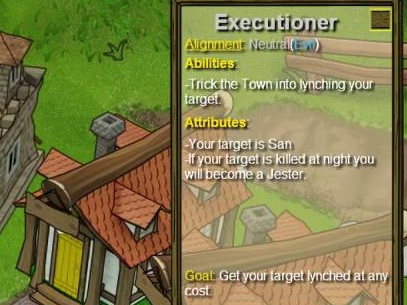 Different roles learn different clues about other players, enabling to predict each others roles sometimes evil characters get busted by making contradictory statements or when a dead person last will reveals. Investigator can't declare himself to be investigator to keep him safe, but he can write on his will that player xxxx can be doctored or godfather according to his investigations and if that person claimed another role or the doctor is already dead he will most likely get hanged.Here is the list of roles and their attributes(mostly my description and little bit game description) you will understand the game better:

Town:
Sheriff : Learns if target is suspicious, except for the Godfather
Doctor : Heal one person each night can self heal once
Investigator :Investigate one person each night for a clue to their role will know possible roles of the target.
Jailor : Jail and interrogate one person each night, is allowed to kill the target when jailed.
Medium : Talk to dead players. You can talk to alive person once.
Lookout: Check who visited your target at night.
Escort : Distract your target and prevent them from using their role's night ability. Upon targeting a Serial Killer, Escort gets attacked by a serial killer.

Mafia:
Godfather : Choose one person for Mafioso to kill every night.
Framer: Frame a person so if someone investigates him, he will appear guilty.
Mafioso : Follow Godfather's orders.


Anyway, I really hope you will give the game a chance you can play it in the browser and also can purchase from steam and some other sources.
Have fun and good luck. If you have questions, leave a comment and I will answer them.