This is going to be a honest review of the game and also very harsh.

Nineteen years after the events of Wolfenstein II, BJ Blazkowicz has disappeared after a mission into Nazi-occupied Paris. Now, after years of training from their battle-hardened father, BJ’s twin daughters, Jess and Soph Blazkowicz, are forced into action. 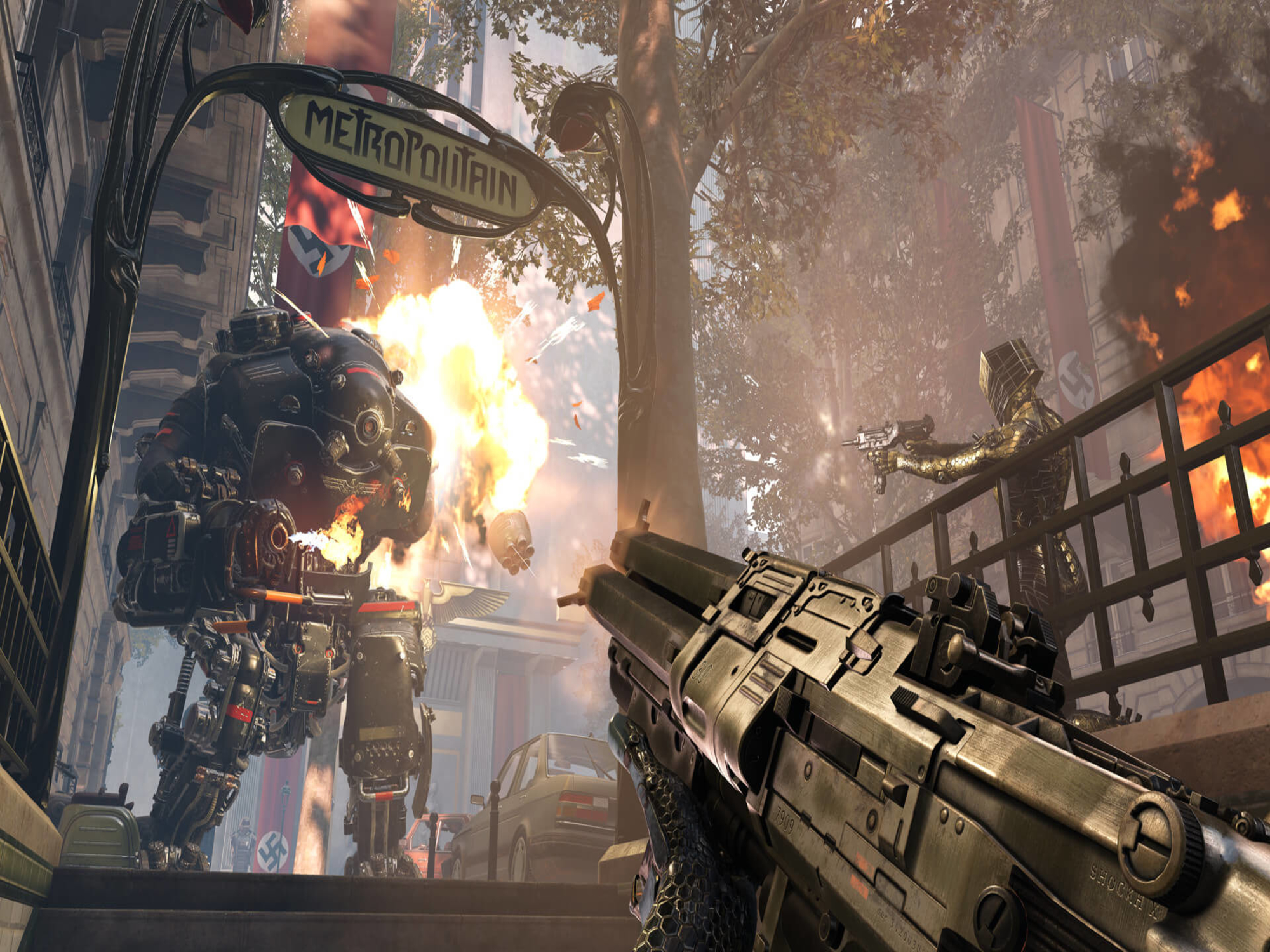 Team up with a friend or play alone. Level up, explore, and complete missions to unlock new abilities, weapons, gadgets, cosmetics, and more to complement your playstyle and customize your appearance.

Wolfenstein: Youngblood features the most open-ended Wolfenstein experience to date. From a new base of operations located deep in the heart of the Paris catacombs, plan how and when to attack and dismantle the Nazi regime. 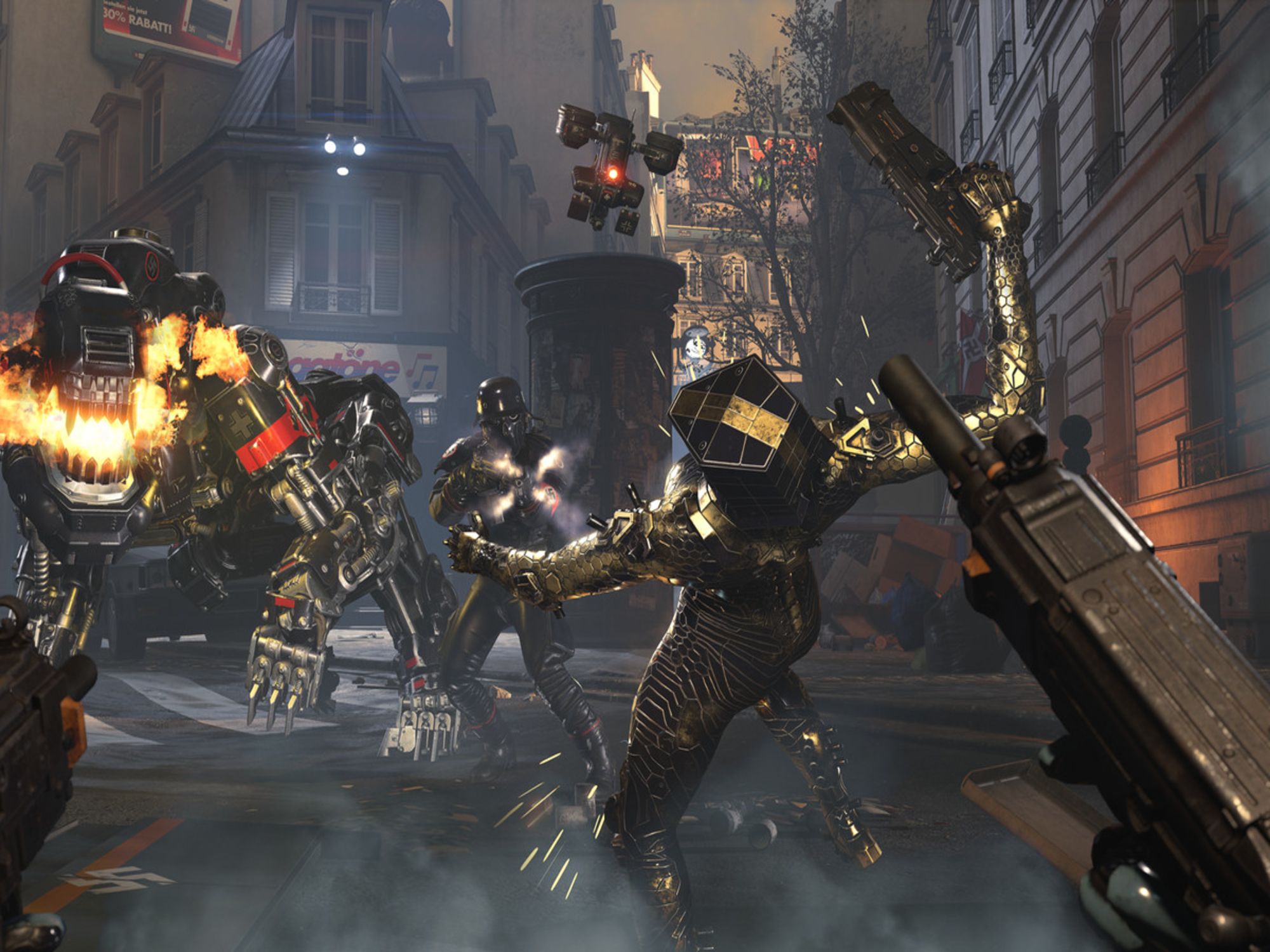 The game is horrible! It doesn't even function with constant disconnects and just dreadful mechanics. You see that the point of this game was Co-op, it barely has any story. Most of the enemies are bullet sponges. The only reason this game would be played is because of Co-op and when Co-op doesn't work because of Bethesda's horrible launcher design. All of that is because of bad servers and when you or your friend gets disconnected, you have to quit the game losing all of your progress and begin from the start. Lego games have even better Co-op mechanics than this game!
Shooting is same as Wolfenstein 2, but with a big difference that the enemies are bullet sponges, some enemies even need multiple magazines until he dies, you might just throw rocks at them and there would be no differences. And it doesn't matter if you are shooting at point blank or from afar.
The story the game portrays is also bad, they tried to make it witty, but it is absolutely horrible. And there also is no explanation of the mission you are doing, you can be doing missions in a submarine and suddenly you are in Kentucky. And the main characters are all the time derping around. You are basically playing as two annoying teenage children. When playing Wolfenstein you should feel like you are a Nazi killing machine. And in this game Hitler has already been killed, but in Wolfenstein 2 Hitler wasn't killed and Hitler would only be killed in Wolfenstein 3.
And also the bad game mechanics and also random RPG elements with bullet sponges and upgradable weapons system.
Oh and did I mention the game has microtransactions with it's premium currency. The premium currency is used to upgrade the weapons to make the game just a little bit easier. Got one shotted? Restore health! All we wanted is a Wolfenstein game with Co-op, but this is a looter shooter and there is no progression, because you start with all weapons. Classic Doom did a better job with the progression system! 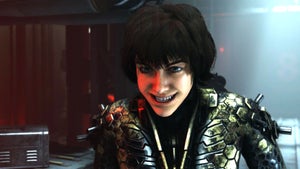 The game is absolutely a confused mess and I don't recommend buying the game. This game should be avoided, may it burn in the deepest pit of hell. And in my perspective, it isn't a Wolfenstein game. Also I have a new name for the game: Wolfenstein 76. If you want to play a good Co-op game, buy Left for Dead or Lego games, because they are just better :).

nice review, keep it up!

I only played the old blood, but I'm gonna try this too.