Hello gamehag guys, I decided to write a little about a game that became the 2nd among my favorites (second only to Castlevania Symphony of The Night), at first I was reluctant to play it, but buy the game and spend more than 200 hours playing it turned out to be a wonderful experience.

Hello gamehag guys, I decided to write a little about a game that became the 2nd among my favorites (second only to Castlevania Symphony of The Night), at first I was reluctant to play it, but buy the game and spend more than 200 hours playing it turned out to be a wonderful experience. 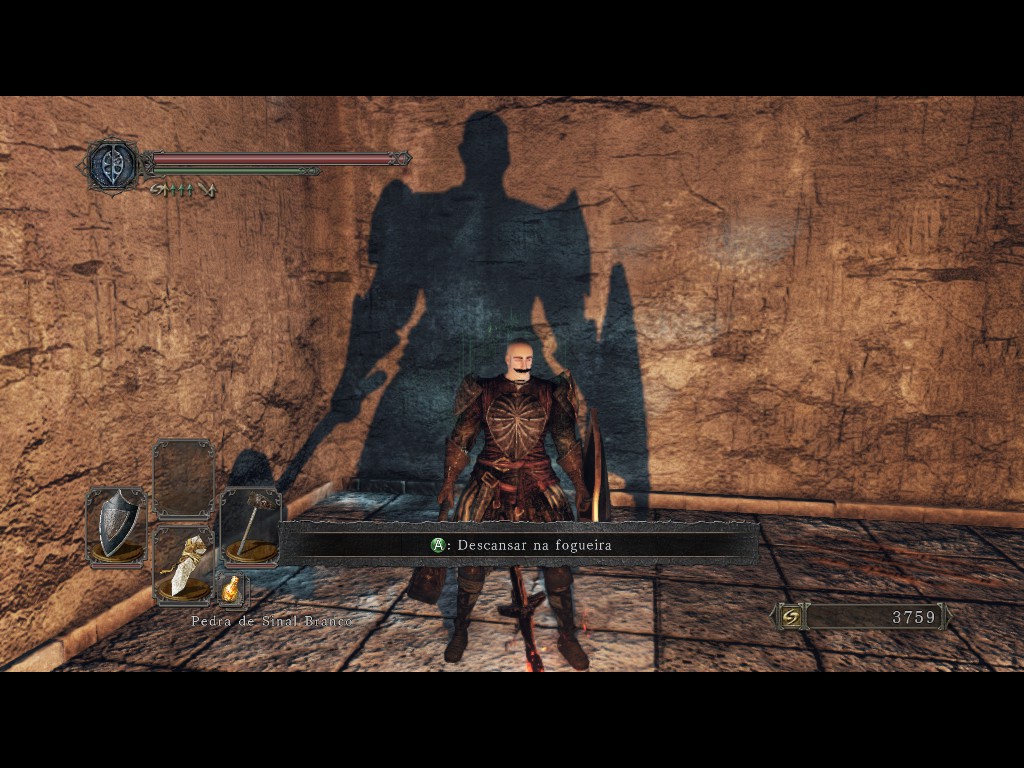 Dark Souls 2 - First Sin Scholar is a remastered version of Dark Souls 2 for current and seventh generation consoles. On XBox One and PS4, the game now runs at 60 FPS and 1080p, which is infinitely more beautiful than the original original, released in 2014. In addition, the package also includes the 3 previously made DLCs: Crown of the Sunken King, Crown of the Old Iron King and Crown of the Ivory King.

If you have never played any Souls franchise titles, this is an action game with strong RPG elements. You have the freedom to create your character as you wish, modifying visual aspects as well as its attributes and class. Your choices make a huge difference in the gaming experience.

Although I heard many say that this was one of the hardest games to play and complete its tasks, I was curious and decided to draw my own conclusions about this. Dark Souls came to change the gameplay we were getting used to, and to rescue the difficulty of older games. While on the one hand we were getting to know games with more and more realistic graphics, on the other hand, the stories and the difficulty were starting to drop, making the games beautiful but boring.

Not the case with DS II, the game can combine amazing graphics with beautiful breathtaking views, along with increasing difficulty as we progress through the game. The more you explore the fantastic world of Drangleic, the more you get rewarded, as every corner of this world can hide a path to a whole new area, a shortcut, a desired bonfire (checkpoint of the game), an extremely powerful boss or items that will go. Make your adventure a little less difficult.

For everyone who likes to play, whether novice or veteran, I recommend playing the DS franchise, you will not regret it for sure, as every new challenge in the game makes you a better player, and each time you die in the game, I know you'll want to give up, but keep going, the best is yet to come, stronger bosses will come, and traps that will take you by surprise and kill you again. But taking the king's crown, and seeing the wonderful ending this game has, is a huge satisfaction.

Beginner or veteran, everyone will be rewarded for the fantastic experience of Dark Souls 2 - Scholar of the First Sin. The game is beautiful, exciting, mysterious, fun and challenging. The version for current consoles is really the best, thanks to the extra content and improved graphics. If you are persistent and risk taking, plug in your favorite console and get ready for an unforgettable journey.

To say that the game has an open world is a beautiful marketing ploy. In fact, you even have the freedom to choose your path after a few hours of play, and with some extra effort, you can venture into very difficult places early in your adventure. But the design of the world itself directs you to choose the least difficult path, at least in the early stages.

The story is purposely obscure, told through quick dialogues with NPCs and enigmatic item descriptions. It may sound strange, but maybe that's the big charm of this franchise. At no point does the game take you by the hand and tell you what to do. You really need to dive headfirst into trying to figure out what is going on and what that green devil is for in your inventory.

how to be level 3

Thank you for this review

wow i no that