A Plague Tale: Innocence is one of the best games from 2019, the game was released on May 14 by Focus Home Interactive. The game is very similar to Brother a Tale of Two Sons and received a score of 81 on Metacritic. I will talk about the story of this game, the gameplay and my review. 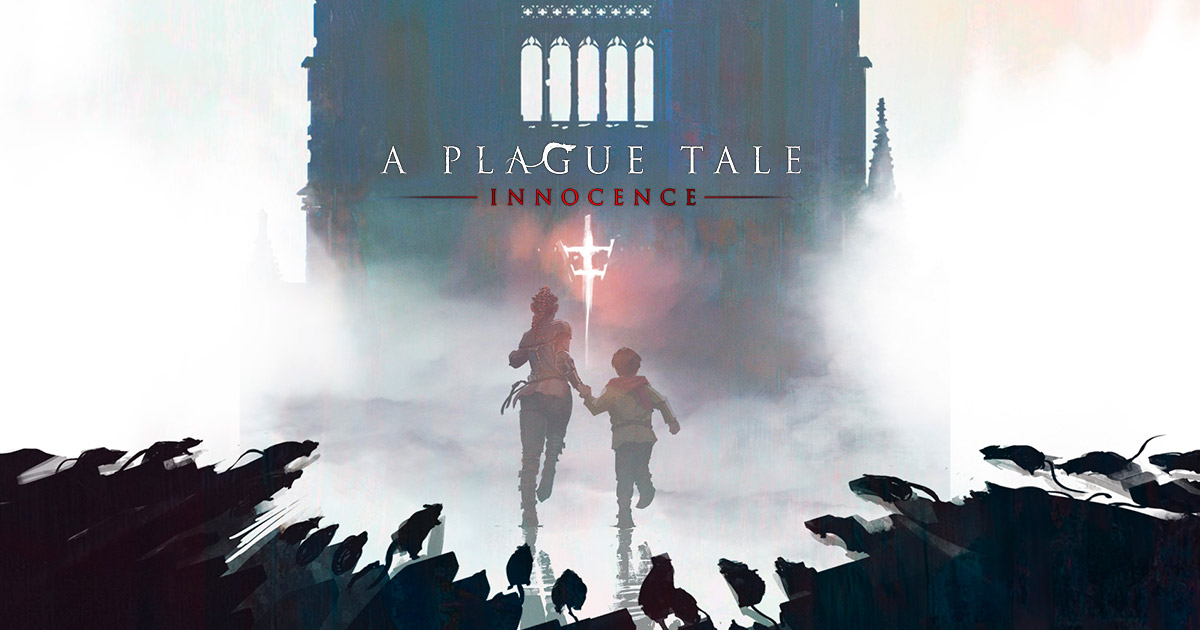 The game starts with Amicia, a young girl from a rich family.  Amicia is hunting with her dog and her father while chasing a boar Amicia finds the boar dead and butchered.  Her dog also gets injured and is dragged in a hole and killed. Amicia and her father return to the house where we learn about Hugo, her brother which is very ill and their mother, Beatrice an alchemist, she spends all her time trying to cure Hugo. Short after they arrive home the house is invaded by the Inquisition which kills everybody except Amicia and Hugo, they are able to escape and thanks to their mother, she tells them to go to Laurentius a doctor which will help them. Beatrice tries to stop Lord Nicholas, the leader of the Inquisition. Now their adventure begins, along the way they learn about the rat plaque, they escape the inquisition again and eventually they find Laurentius. They make a new friend, Lucas, the apprentice of  Laurentius. Laurentius's house erupts in fire and he dies. We learn about Hugo's curse called Prima Macula and they decide to go to Château d’Ombrage, the source of the curse.  They meet two thieves who agree to help them in their journey, they are called Melie and Arthur. Lucas and Amicia eventually find the cure for Hugo. Hugo turns himself over the Inquisition to save his mother. The priest, Vitalis, uses Hugo's blood to gain the same power as Hugo, he eventually escapes and his mother tells him that he has the power to control rats. They are captured again and Hugo is forced to awaken his powers. After some time Hugo and  Lord Nicholas attack Château d’Ombrage but Amicia stops Hugo and convinces him to help her rescue their mother. Hugo and Vitalis have a fight, both using their power but eventually, Amicia is able to kill Vitalis and they start a new life.

Most of the game you play as Amicia, later you can use Hugo to control the rats. Amicia can use a sling to kill enemies. The whole game is very similar to Brother a Tale of Two Sons, you have to solve puzzles but in this case, most of the puzzles include using the sling to knock down guards, ignite torches, and most of the time clear the rats. The game also has to craft, you can find materials around the world and collect them. There are also upgrades, she can upgrade her pockets, Ammunition bag, Strings, etc. In this game you have to make sure how well you spend the materials, you don't have unlimited materials and you have to always look around to find more.
Most of the time you will have to sneak around soldiers, distract them or even kill them. Make sure you don't get spotted, if you do all the guards will know and you have little chance to escape, most of the time a sneaky approach is the best one.  You also need to use Hugo, you will need him to solve some puzzles.

In my opinion, the game is a good one, maybe one of the best in 2019 but still, it has some problems. I don't like the fact that the puzzles  are kinda repetitive, you always have to throw a rock on a chandelier, always have to ignite a fire , even tho I really like the story, is very emotional and it shows as the strong bond between a brother and a sister even tho they hardly knew one another. Along the journey, their relationship grows and understands one another. Overall the game is really good and if you have time and money to play it, you should.
20 july 2019 14:43 1625
0
0