Why you should give SWBF2 another chance.

Star Wars Battlefront II was one of the biggest flops on release, why? Because of EA and their moneyhungry business practices. Star Wars Battlefront II came out in 2017, it was absolutely loved in the beta, it was fun, immersive, and had alot to offer. People enjoyed it, but when the game released, it was hated by the gaming community, why? One word: microtransactions

At launch it was a microtransaction filled pay 2 win game. You could grind for the heroes, but that'd take way too much time, but you could just pay up with your real, hard earned cash to gain an advantage. Of course, this made everyone furious. 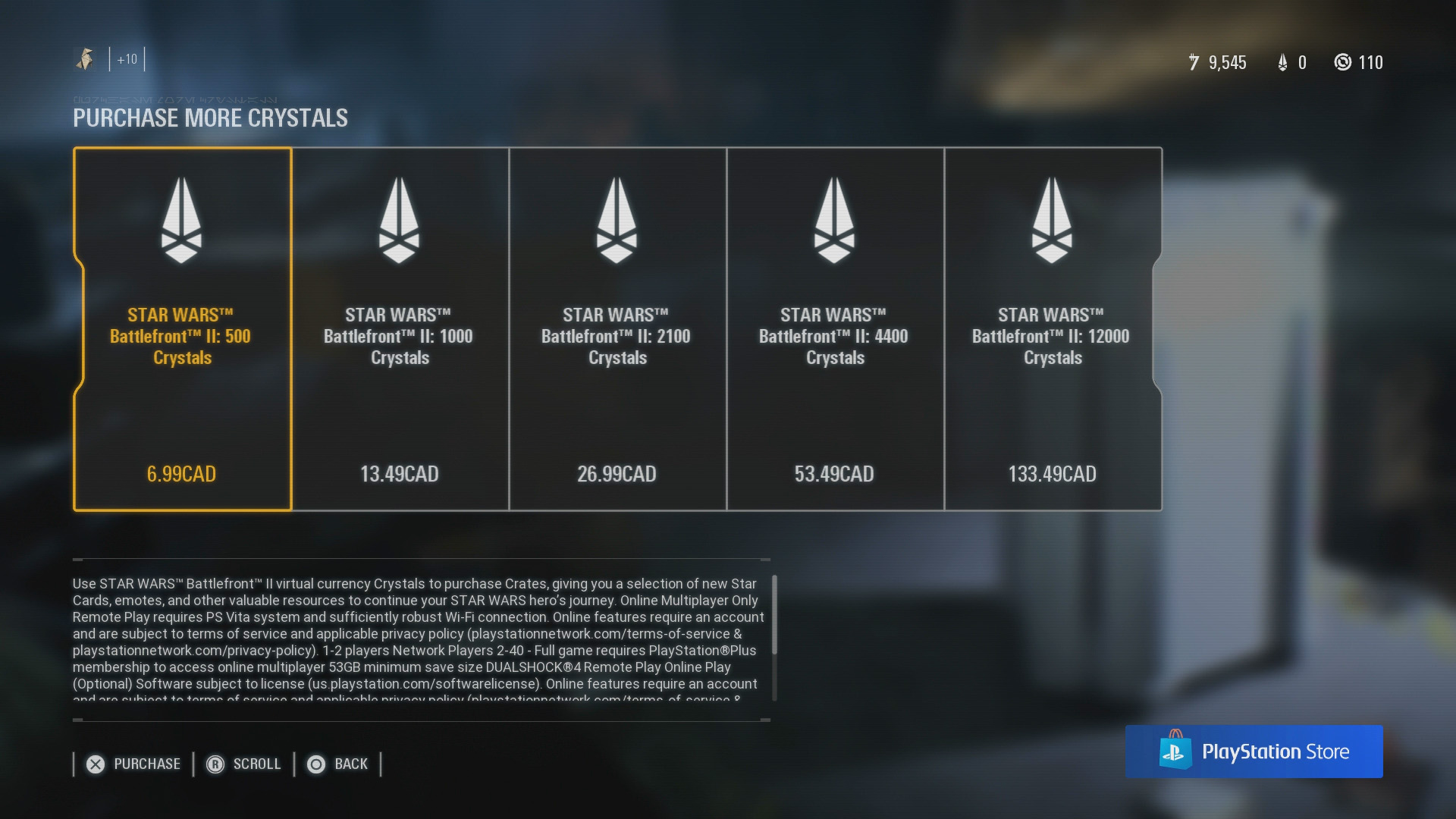 
What alot of people don't know is, that nowadays it isn't like that. It's actually a fun game that contains no more pay to win. All the heroes that are in the games and the ones that are upcoming are now free. EA realised their mistake, and decided to let DICE handle it their way. But that doesn't change that the game is now unpopular because of all the hate the game got at its release. This game has an extremely fun multiplayer, is getting new (FREE) updates that include new game modes, heroes, characters.

Galactic assault: This one is just a 20v20 objective based battle.
Starfighter assault: Here, as you may have guessed, players get their unique starfighters in a 12v12 space battle, but they are reinforced with 20 AI teammates.
Strike: Strike has players battling in close quarter scenarios involving a team of eight attackers aiming to either capture a unique objective from a team of eight defenders – essentially one team has to capture the flag– or arm and destroy two objectives.
Heroes vs Villains: This one is pretty straightforward, teams of 4 heroes and 4 villains fight it out on a remote planet.
Hero Showdown: This mode involves teams of two heroes and two villains facing off in round-based duels with no respawn after defeat until the next round begins. The first duo to win three rounds wins.
Hero Starfighters: This mode pits two teams of four of the hero ships of the game. Players select one of the hero ships to play as, and must defeat all of the enemy team's hero ships. Defeated players respawn as normal starfighters and can play again as a hero ship in the following round after either one team loses all their hero ships or there is a draw. The first team to win
Capital Supremacy: This one is the newest addition to the game, it contains 20players on each team on a map filled with capture points, and each team gets 12 AI teammates which effectively makes this a 32v32 battle.

Verdict:
I believe this game has been reborn as one of the greatest (casual) multiplayer shooters out there, it is extremely fun, and definetely worth a buy when on sale, and this game goes on sale often on the Origin launcher.