Games to play with Family/Friends.

I'm introducing to you Top 10 games you should try with your friends or family members. Some of them will look the same, but overall they are all different games, so each of them has it's own benefits and negative sides. 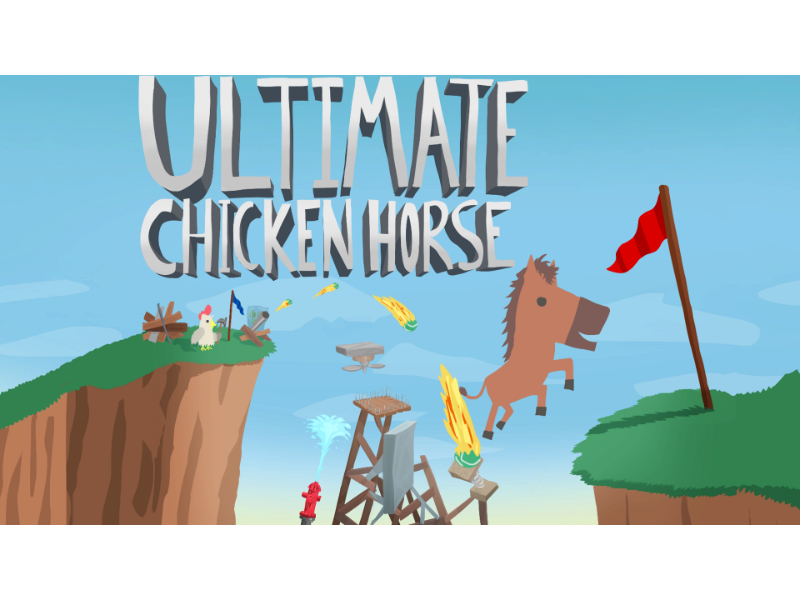 There can be up to 4 players in one lobby. Each player chooses a character (animal), customizes it with some clothing and accessories, then everyone votes for a map they want to play. And the game starts. game gives some traps/items/safe blocks in one box and everyone tries to choose the one, which they want to put in map, you must be quick though, given items are for everyone, and if someone grabs one block, it disappears and others will not be able to pick that anymore. When everyone chooses his/her block, inserting phase starts, and players start to find the best place for the block they chose. It may be almost everywhere, from starting point to finish line, and is also possible to make the map impossible to pass, so don't be that guy and play fairly with always letting at least one route doable. If you don't want to put traps and kill your friends, there is other mode, where you can play community maps and try to speed-run them as fast as possible. It's interesting, funny and you get lots of fun while playing it with your friends. 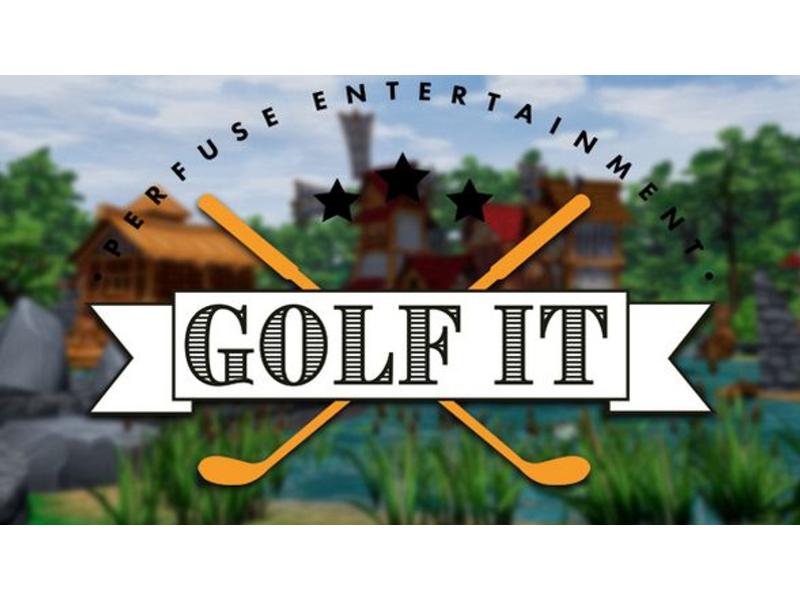 Maybe the best mini-golf game nowadays. It just never gets boring. But can be annoying sometimes, depending what kind of person you are )). Bunch of ball customization variations and unlimited maps to try. Why unlimited ? There are lots of maps added every day, and they are all different. Decide what you like to play, invite some friends and do some crazy trick shots together. There are lots of settings you can work with, including ball collision on/off, low gravity, ball jump, etc.. What is more interesting you can make a person get extra 100 strokes if he/she don't make into the hole before time runs out, so imagine how much rage he/she will get and how much fun you will get from that :D. But that's not why i like this game. Best thing in it is that you don't choose power, you actually hit your ball with mouse movement. Faster you move mouse, harder you hit the ball. So try putting your DPI maximum and smash that ball as hard as you can :3. 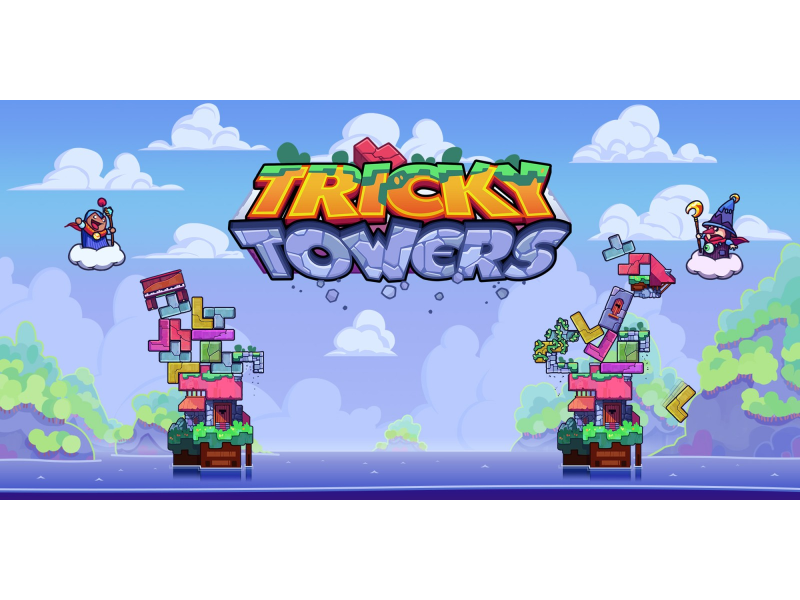 Tetris is dead ? Don't think so. With this game you will remember and love it more than ever. Well it's not just straight up Tetris, it's of course a lot better with some added physics, interesting game modes and cool power-ups added in it. There are 3-4 types of modes -> Survival, Normal or Windy Race and Puzzle. Survival is giving you limited amount of blocks and you need to put them all before losing 3 hearts (which you lose if any type of block falls). In Race mode you need to build up and reach finish line faster than your friends, or if you are playing alone, it will give you a time limit, so that you hurry and build it fast. In Puzzle mode it gives border line, so that you can't put blocks higher than that line. Just try to put as many blocks under that line as possible. Of course it's not that simple to play. Not only physics can affect and mess up your beautiful tower, but also power-ups given to your opponents, as they can be either ones which help you, or ones which mess up your opponent's tower. It's intense, it's fun, it's just amazing !! 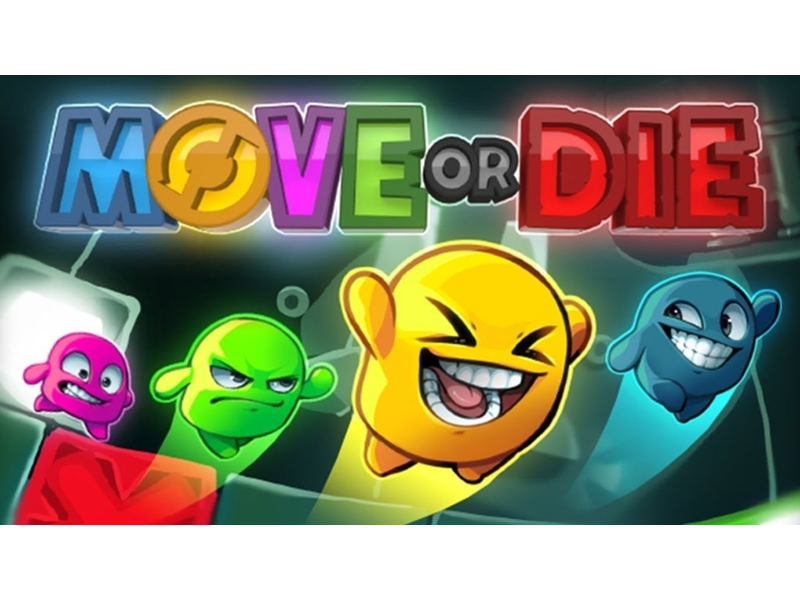 What's game about ? It's pretty simple, but yet too hard.Choose either you want to play locally on one keyboard or many controllers plugged, or online. Each player selects some game-modes he would like to play, and the game starts. After some time game randomly chooses a mutator, who need to choose one of the three extra modes (skin changing, double jumping, jet-pack, etc.). In-game each game-mode has it's own objective, f.e. first person who reaches the finish line wins, player who cleaned more dirt during the estimated time wins, etc. After each round players get points, depending what place they took in that round. First person who reaches X amount of points wins the whole game.
With different skins to choose and lots of game-modes to try, this is a good party game to spend time in it. 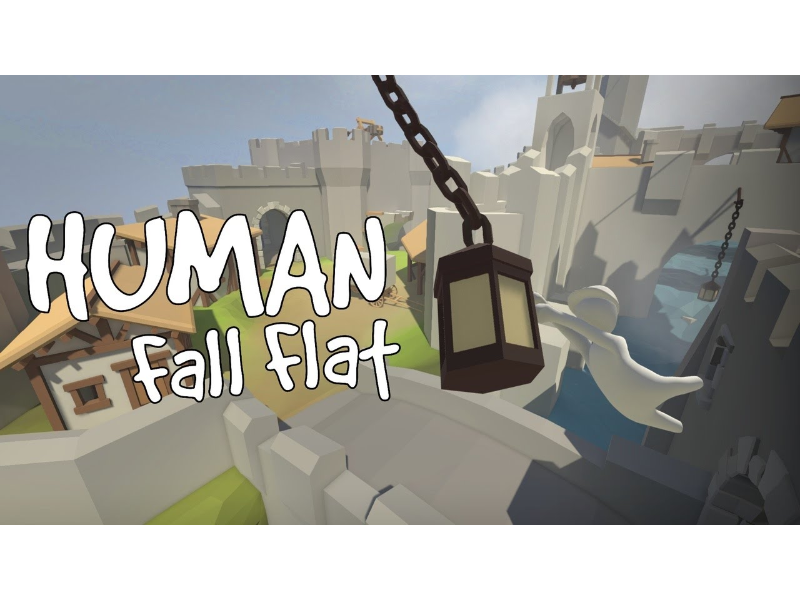 After the last update, this game became more fun to play. Now you can make and play community maps. Group with your friends and jump into the world, where you must solve many puzzles to reach the end. Parkour, Interesting and logical puzzles, obstacles which require timing, or just water sliding. There are many things to try, so it will steal some time from you and change it with fun you get in-game. There are many things which will make you funny too, so it won't be just intense map passing and try harding. Betray your friends by grabbing and dropping them down from high places, do stupid things with items you find in generated world, do whatever your mind says, cause whole map is available for you. 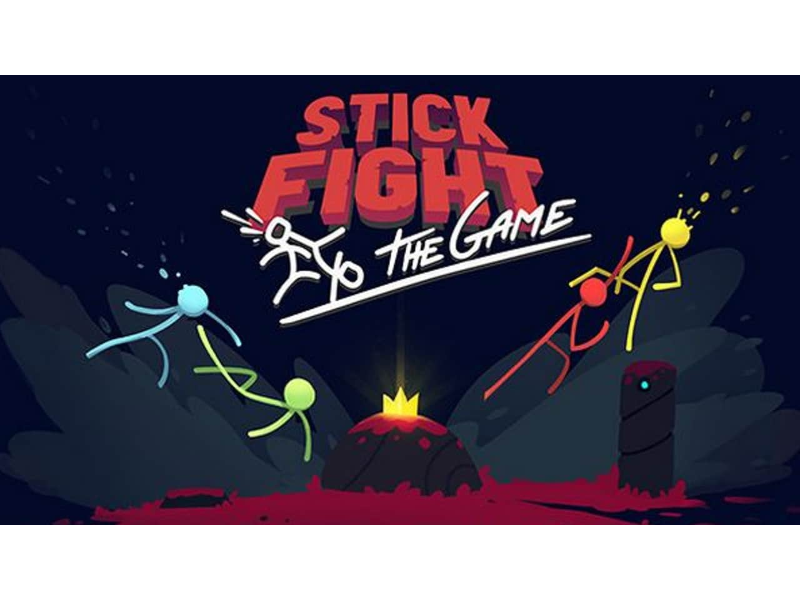 love fighting games which are funny too ? This game is just for you. Lots of maps, lots of weapons, lots of creative ways to kill your enemies. Four players (stick-mans) drop in one map, and start punching each other until there is only one left or until amazing weapons drop from the sky. Choose either you want to play intense fighting or chilling and getting fun. There are some cool maps too, so not only you need to kill your enemies, but also be careful from snakes, lasers, lava, or moving objects which knock you out from map. It's pretty much it, but it's never the same game, you can always find what dumb thing to do, so that you and your friends don't get bored. 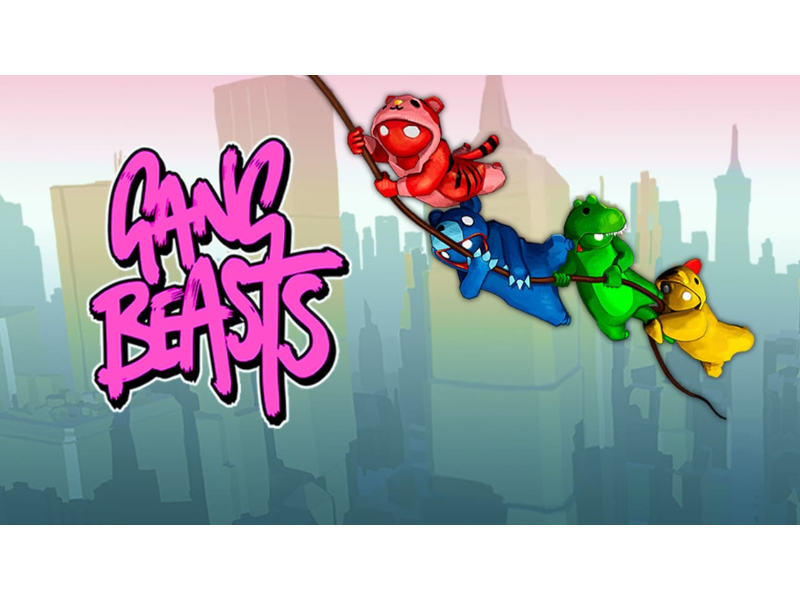 Another funny fighting game. This time it's 3D. Again, characters, which you can customize, many interesting maps and some fist fight action. Knock all other players out from the map and get that win, or just do some funny stuff with your friends. Weird physics and a little bit of a creativity will make this game playable more then you think. Knock down your opponent and he wont be able to do anything for some time. That will be a great opportunity for you to do whatever you want with his body :D . It can be played with up to 8 players. 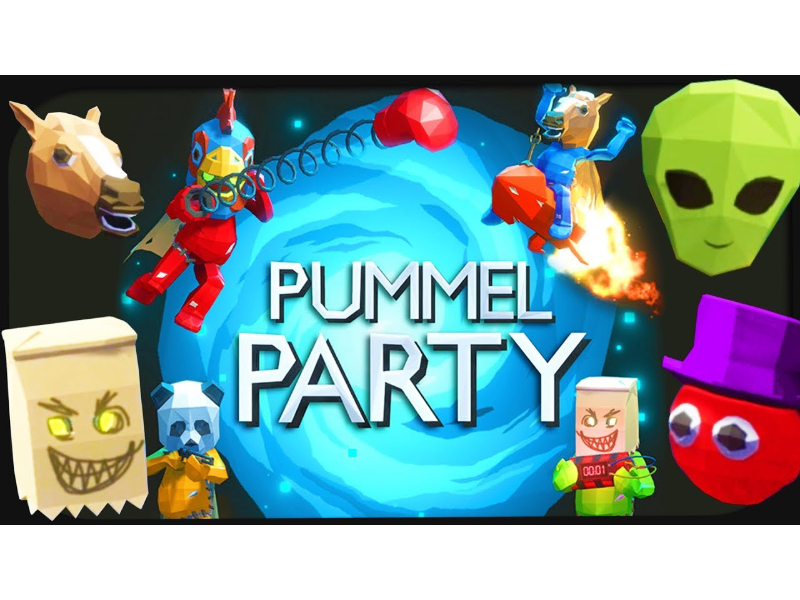 up to 4 players, many mini-games to try. There are two game-modes, board game or default. In default mode you just play mini-games and try to reach the winning amount of points sooner than others. In board game mode you play a game with dice and board with many types of fields, where objective is to open more chests then others. Of course in board game  there will mini-games too, after everyone makes a turn, one random mini-game starts, and it gives rewards for each player (better taken place, better reward). Earned rewards can be used to steal some valuable things from opponents, boost yourself, or just be a bad guy for others. 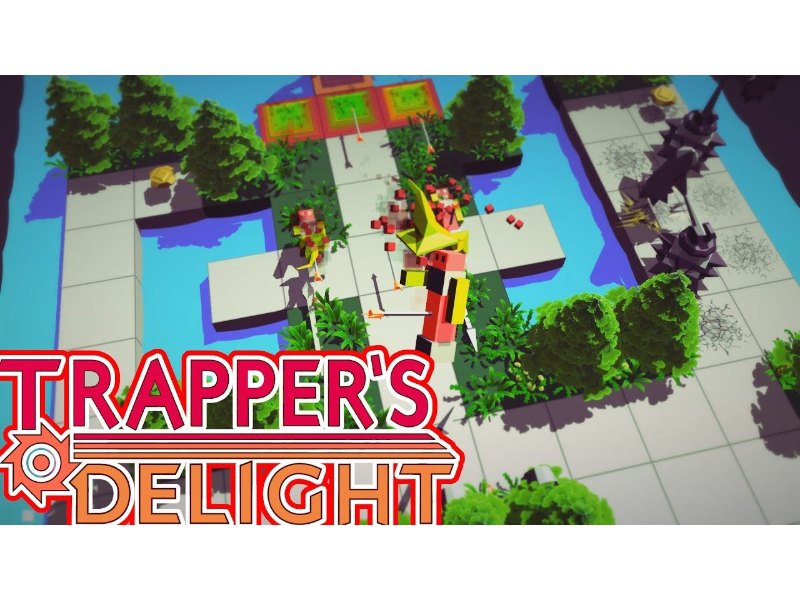 Strategic game to play with your friends. Each person has some traps in their hands, and only he knows what is it. First phase is trapping phase, each player puts traps all over the place. Some of them are invisible for your opponents, and others not. The objective is to make it harder for others to reach the end and find a safe path for yourself. Paths can be either sneaky or obvious, but you need to be careful in each step, as there can be hidden traps everywhere. If everyone makes it to the end, nobody gets a point, if at least one person fails to reach the end, those who made it, will get a point. Collect more points to win the game. 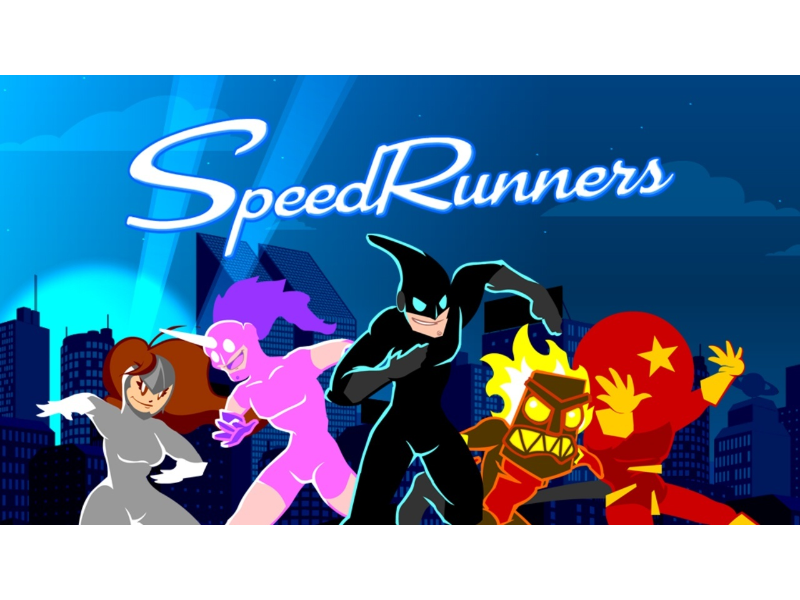 For this game you will need good reaction and timing skills. 2D race-game, where each person can alternatively use hook, boost or random power-ups they get from boxes to pass many kinds of obstacles. Be in a first place and make others' characters to go out of the screen, to win the game. When one person dies, screen starts to get smaller and smaller. Screen is focused on character in first place, so be sure to stay first and run faster than others to win the race. Each win gives you 1 point. First person to collect 3 points wins. There is also a place where you can create your own maps and share it to others.