In this article i'm going to talk about Warhammer: Chaosbane released on June 4, 2019. The game was developed by Eko Software and published by Bigben Interactive. 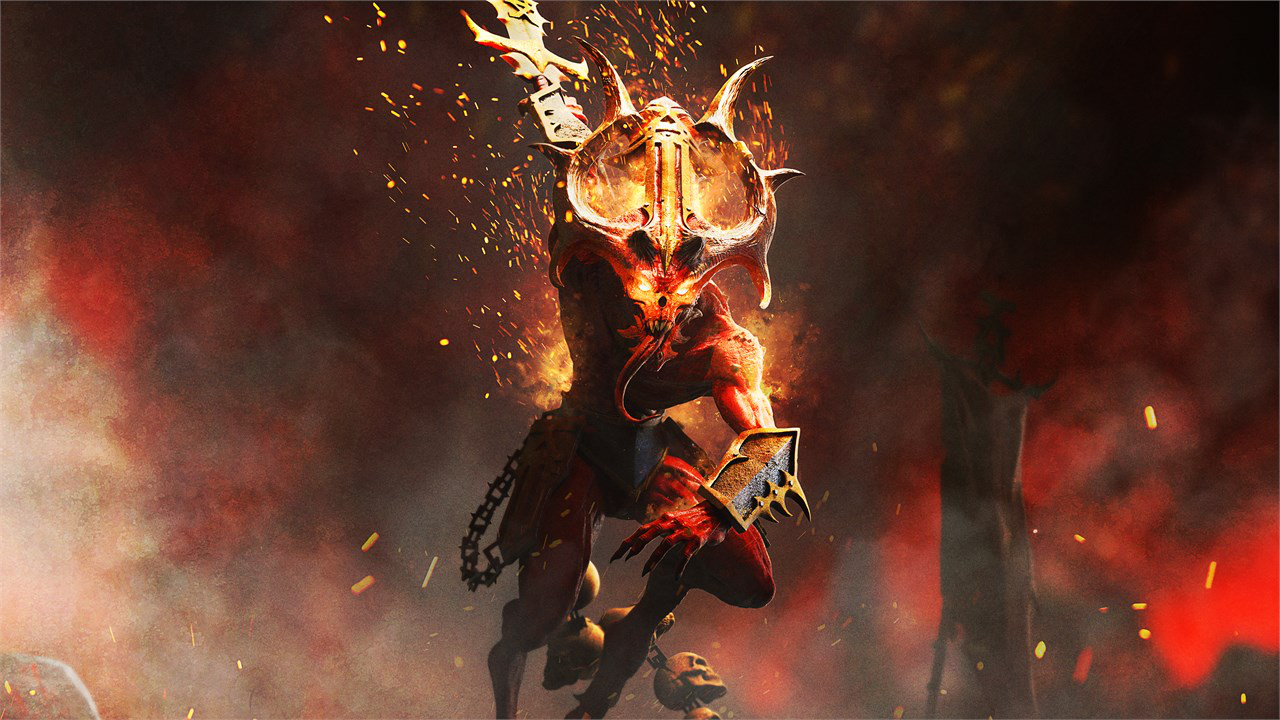 The story starts with a hero named Magnus which succeeded to unite all humans and fight the Chaos. After a huge battle at Kislevite , Magnus kills Kul the leader of the horde , he was helped by 4 heroes ( the classes you have to pick from). Magnus is named emperor and everything was looking good until one night when a Chaos sorceress tries to kill Magnus. The hero tries to stop her but he's knocked unconscious and when he wakes up he get's blamed by the witch hunters for trying to kill the emperor. Teclis , Lordmaster of the High Elves , saves the hero and says that the emperor is cursed and they still have time to save him. After all of that the adventure begins , an adventure full of monsters and blood. Along the way the hero fights huge monsters like The Great Unclean One and a few more. Eventually the hero kills the sorceress and saves Magnus. 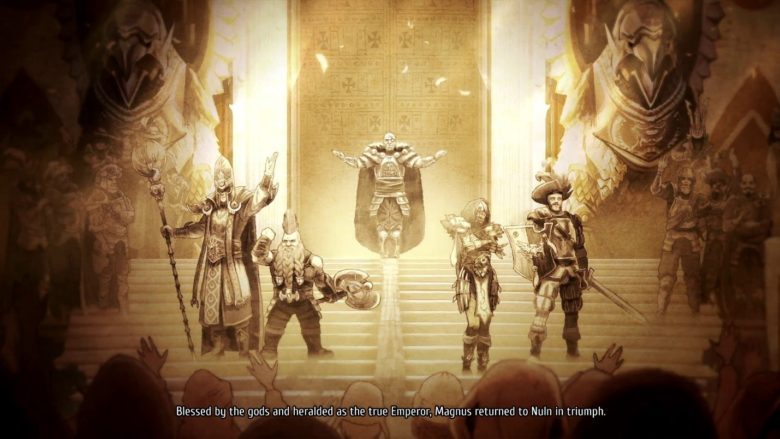 Gameplay
You can pick from 4 classes , each class has unique skills and weapons.
-Imperial Soldier(Human)=he's used for tanking , he's also good as an aoe character thanks to a skill named Incisive Breakthrough.
-Slayer(Dwarf)=good for damage , also a good aoe and overall a good and easy class.
-Wood-elf Scout(Wood Elf)= she's good for range , it can be very hard to play alone.
-High-elf Mage(High-elf)= He's also really good at aoe and uses a variety of fire spells . 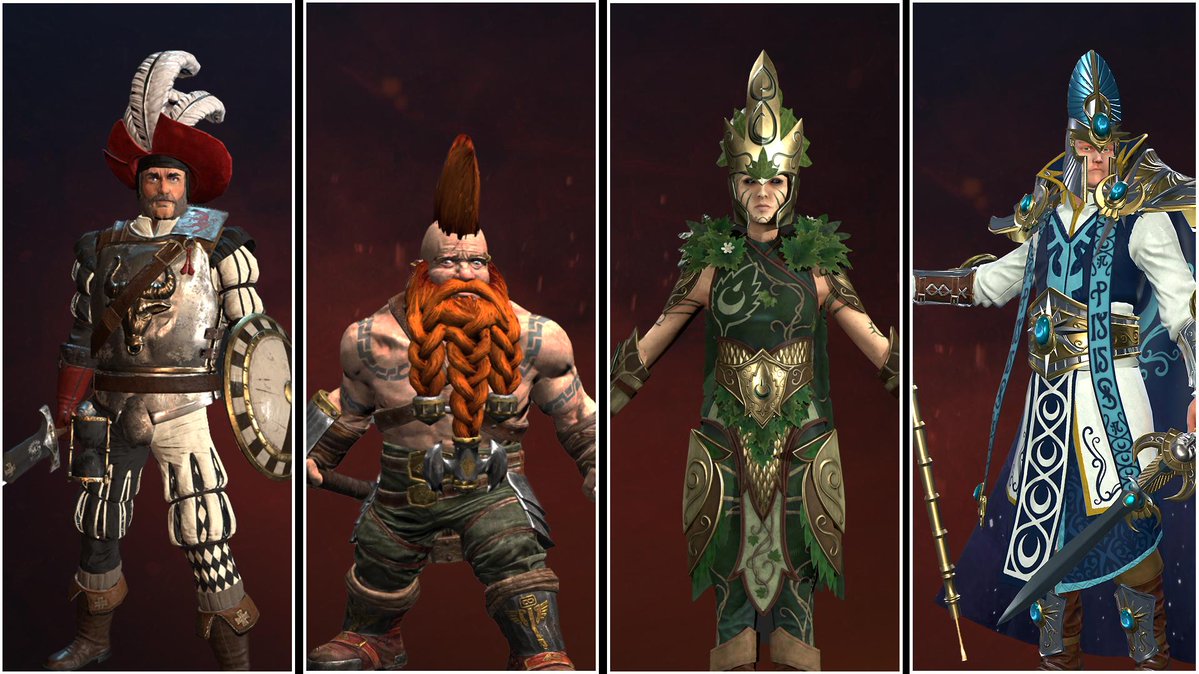 As i said earlier in Warhammer: Chaosbane there are skills , we can separate them in 2 groups , skills you unlock by playing the game and leveling up and skills you unlock by grinding. In the second  group there are 3 types:
God Skills=  These skills can be unlocked by spending Favour Points and Fragments at the God Skill Tree which can be found in the character menu.
Collector's Guild Skills= In order to obtain these skills you need to donate items at the Guild , it takes a lot to get all the skills but there are a few really good ones.
Fan Skills=These  skills are free and here you can also find a few emotes.
The normal skill have 3 stages: Normal , Superior and Mastered. Each level takes more skill points also every stake has a character level requirement. 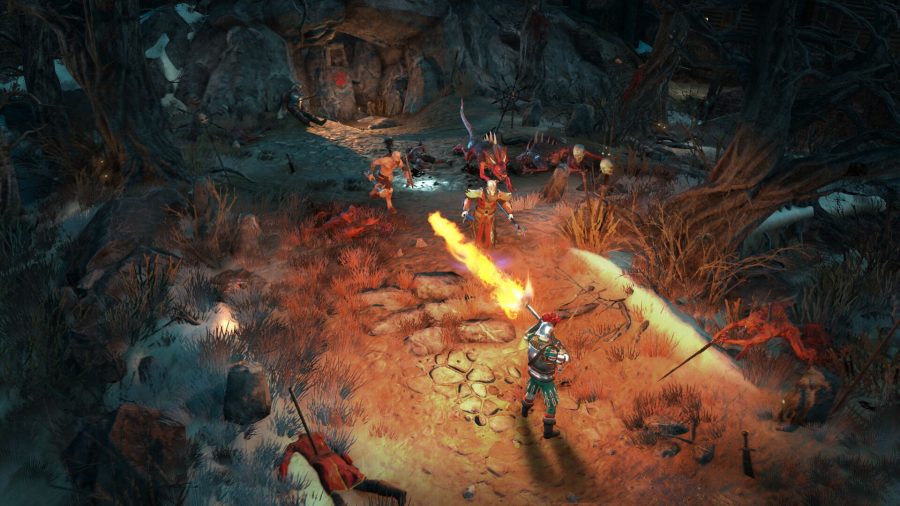 Now let's talk about the coop mode , sadly there is no option to see the servers where you connect , you get connected to random players from your zone unless you join a friend via Steam. In a coop game you have to pick a class , if its already played by someone you will need to pick another one. The coop can host up to 4 players each with his individual loot and coins.

What do i think about the game
In my opinion the game is decent but is not worth it , i played 16 hours and i had to pay 49,99€ , that's not a good price for such a small game. While playing i encountered a few visual  bugs like an enemy  stuck in the wall. The coop was really bad , lots of lag , when i joined someone they were in the middle of the mission and i always had to run half the map to find them. While playing it crashed just once but that happened in the first day so they might have fixed it. Overall this game is a simple version of Diablo , is not that bad but for that price it should be a lot longer and a lot more stuff to do after you finish the story.    Thank you for reading my article , have a nice day!