Before we start reviewing this game, I want to say that I was shocked when I visited the Store Page of this game on the Steam. Simulation games are usually hated among the players worldwide, but that's not a case with this game. I was shocked when I saw the Review Result on the Store Page, as it was Very Positive with more than 1200 reviews, and that alone tells you that we're gonna talk about a pretty good game. 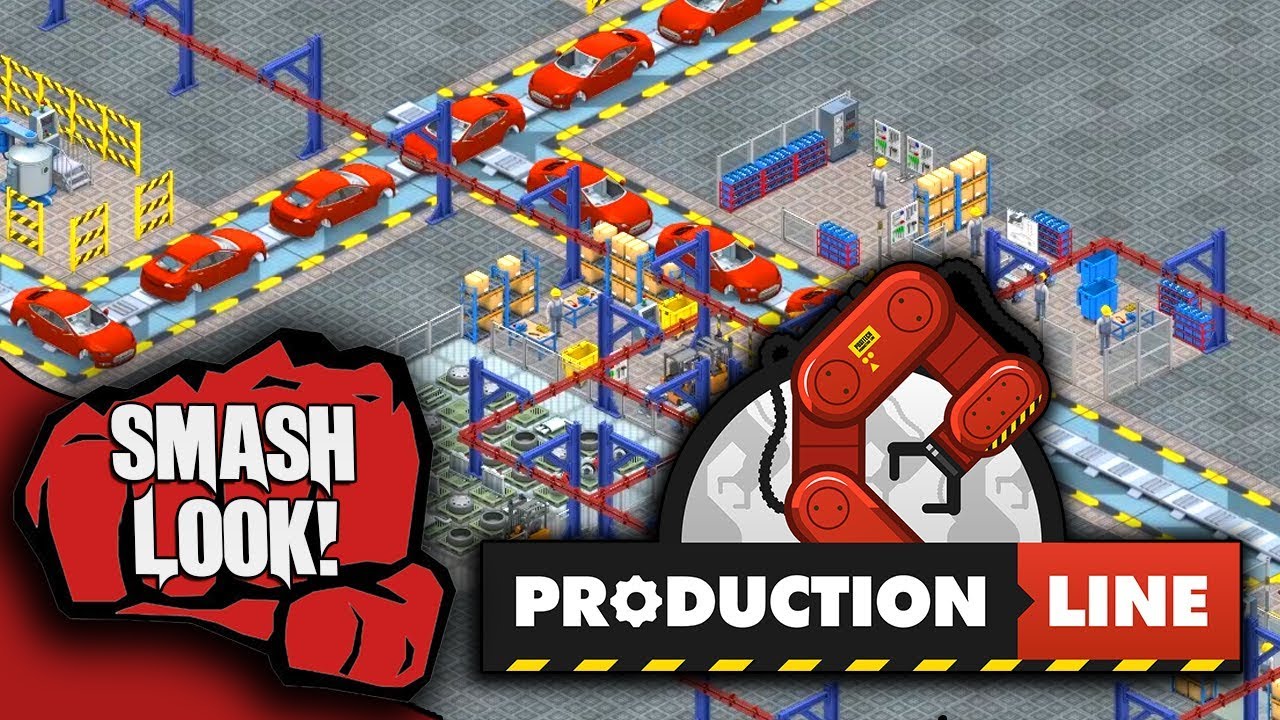 
The game starts with you setting up a factory in which you're going to put together parts required for building cars that are going to bring you profit when you sell them. Your factory will start with some basic parts that you'll build your first car with.  The game lacks some tutorial, it won't even explain you how are you going to make any profit, so if you have not played any company simulation game before, you'll struggle quite a lot on the start. You'll fail many times with your first factory even if you're a fan of this kind of games, as you're going to bankrupt quite often. When you catch up with the basics, you're going to maximally enjoy a Production Line. For the beginning, you'll have three car types to build.  This game is going to take a lot of time from your life, since it's addictive and some queues can be boring because they last too long, like painting for example. To make the game even more interesting, developers have added you the competition with other companies. You'll get the info about the competition every time they research technology or do anything else important, so you'll always have something to push you forward, and that's something we all love to get from the games. 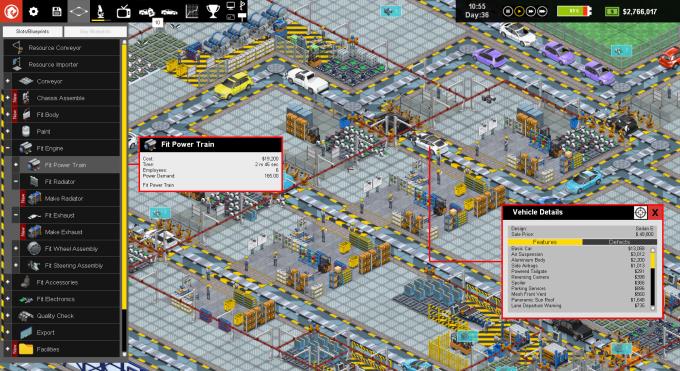 
The art style of this game is not bad, it's quite good actually as it fits the game and won't ruin the game to you. Let's just say it's modern.
The soundtrack in this game is terrible, to be honest since it gets repetitive way too fast, and I doubt you'll like it. I personally hated it and listened to random youtube songs instead of the soundtrack of this game. UI is also pretty much not-explained by Tutorial, and you'll struggle way too much finding some of the stuff you'll need. 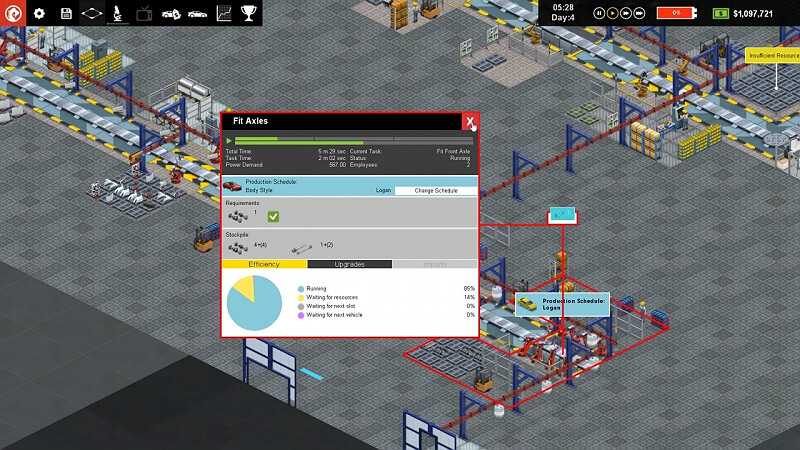 
Production Line: Car Factory Simulation is a game that is going to bring you hours of fun with all the obstacles it contains. The game is interesting in itself but gets too boring on certain occasions, as there are going to be long queues and music won't be of any help through that queue time. The art style is cool, the game is interesting and I must recommend it to you. My rating for this game is a strong 7/10, as it deserves no more and either no less. The price of this game is pretty much expensive, and I believe you can spend 21€ for something better, so just wait for some sale and enjoy it then.

Hmm im not sure why did this article got posted here on the forum since it is more than good enough to be posted on article section... strange...