When Larian Studios announced that it was preparing Divinity: Original Sin II Definitive Edition , it announced thousands of changes and corrections. The game was close to perfection, it offers a captivating, mature, unconventional plot, well-outlined characters, a lot of humor and a satisfying combat system. You can read more about the heroes, history and skirmishes in our previous review (under which I can sign with both hands). We rated the game at 9,5 and it was definitely not an exaggeration. For fans of RPGs who love to strain gray cells and do not focus on dexterity and tactics, this is a must-have. The only thing we had to complain about was the lack of a Polish language version (this problem was solved already in April) and not very clear instructions in the task log. So if the game was almost perfect, where did all the corrections come from? Well, it's never so good that it could not be better. The creators decided to listen to the fans. 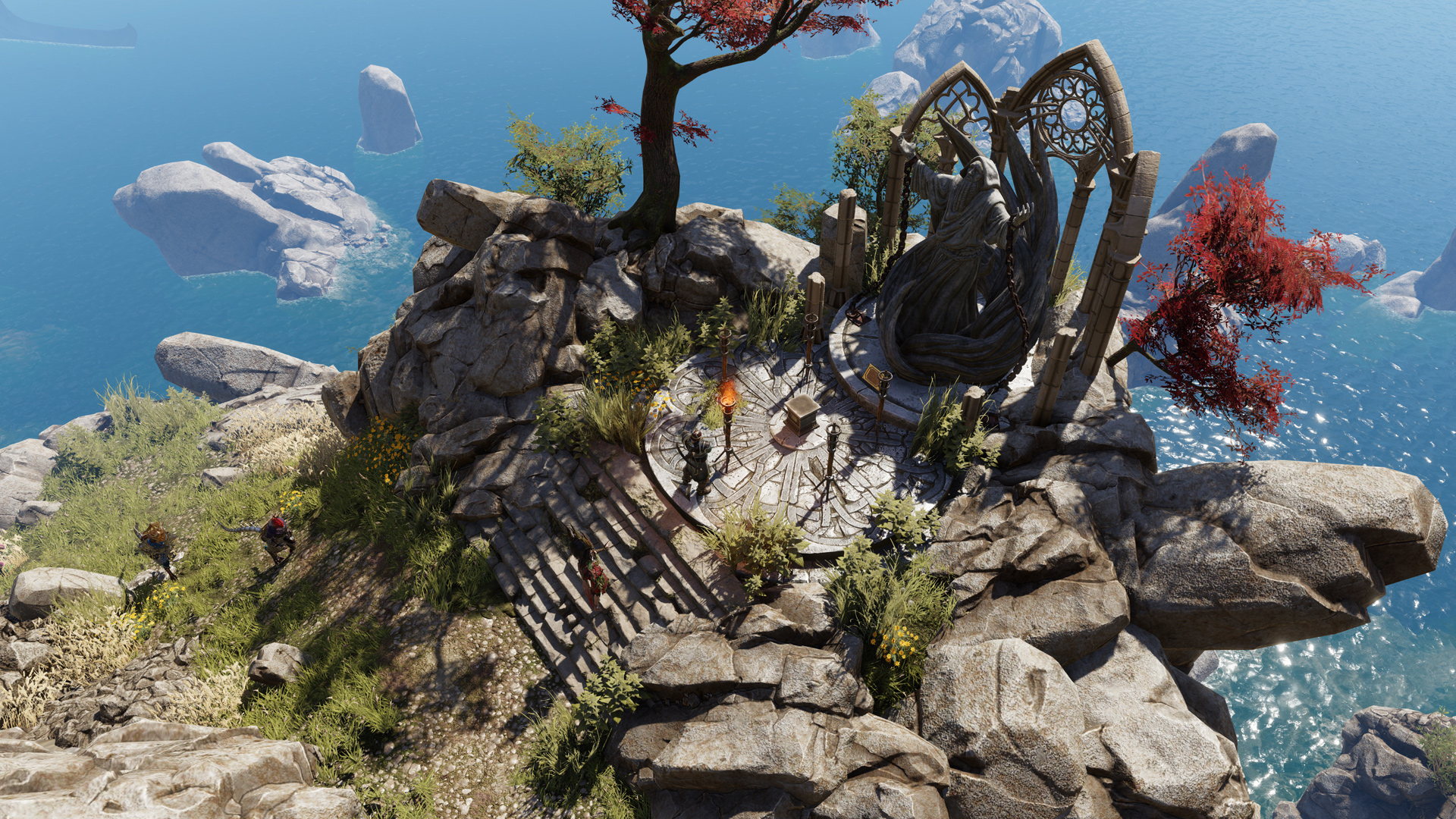 The first problem to be solved was to present the mechanics that govern the game in an accessible way. For this reason, the developers have designed a small, additional level below the deck of the ship on which we wake up at the beginning of the game. Gradually, we learn how to deal with closed doors, how to move objects obstructing the passage, how to use them to press a button on the floor and unlock the way, which is useful in further stages, when we encounter various puzzles. We also have the opportunity to see how oil is spilled and how to use it tactically during the first fight. Larian Studios made sure that the tutorial was an integral part of the adventure, so there were additional features and new NPCs here. Those who have everything in one finger.

The second important change can be seen before the actual game starts. If you are tired of your skin at the thought of a tactical battle and loading an endless game to deal with the enemy, you no longer have to worry about the difficulty leveling you. One of the new things in the Definitive Editionis a story mode, prepared especially for players who prefer to spend less time tapping the tatters on the road, more focus on dialogues and learning the history of the characters. This does not mean that a button has been added, thanks to which all enemies, after starting the fight, surrender and commit ritual suicides. It also does not mean that we can use any equipment and hope that our heroes will take everything on the chest without damage to their health, and with a rusty penknife will put one blow to each opponent. Enemies are still smart enough to throw area attacks on the team, use environmental elements, climb higher places to get damage from a distance, escape with the help of magic, strengthen their armor or take on the NPC, which we are supposed to protect.

However, fighting is just one of the elements of the game. Second, no less important, is combining how to complete various tasks. Creators do not give too much hints and it's often difficult to figure out what to do, even with the help of a journal. In the journal, you can follow the tasks and see what goals we have to accomplish, review the completed tasks, read the last dialogs, check the instructions from the tutorial and more. In the mission descriptions, however, I missed the key information received during conversations with NPCs - this is not about carrying the hand and detailed instructions, but if NPC said that the cave where we have to find a plot, is located northeast of the camp, one would expect that this detail will be saved instead of an enigmatic explanation, that we need special weapons. In the case of the Gargoyle Labyrinth, there was no entry in the list and I do not know if it was supposed to be or overlooked.

Despite the improvements, it's still easy to get lost. The creators do not distinguish in any way key NPCs or merchants with the richest selection of goods (in the game you can trade almost with everyone), so you have to manually prepare tags with descriptions. How comfortable it is to write with the help of pads, it is obvious - the keyboard definitely wins here. What's worse, the first attempt to leave your own marker ended with the suspension of the game. At the next one everything worked without a problem, but this adventure effectively discouraged me from describing every nook and cranny.

Visiting Rivellon, we can collect enormous amounts of spoils, which means that we must carefully manage the equipment. The creators took care of the facilities - in the Definitive Edition, we can access items in the backpack of each companion without switching between them and mark several items at once and add them to the goods for sale.

Speaking of control, I have to praise Larian Studios for making the game as pleasant as possible, if we use the controller. However, it is worth remembering that pad operation is not as convenient as using a mouse. Indication of any item in the inventory, choosing options in the menu, skills from the bar or hovering over the enemy with the mouse during a fight is a matter of a fraction of a second, doing all minor actions is a bit more time-consuming. Controlling by raining can also be troublesome during the fight, when you need to aim at the enemy, and the indicator for anger moves everywhere, but not on him.


Another very important change in Divinity: Original Sin II - Definitive Editionin comparison with the original version, there is a significant rebuilding of Act III and the development of the Animal theme - dwarven hero. Getting into details would be a spoiler, but thanks to changes, the story is more coherent, we can better understand the motifs of the character. The venture was so complicated that we needed to record a lot of dialogue issues again.

Of course, I will not carry out analyzes to account creators for the promise that nearly 150,000 words have been changed in the game. The team also looked at the fights and added a few battles, including a battle with Kraken (earlier his appearance and disappearance in the water was disappointing). The balance of equipment statistics or the system of progress and pace of promotion were also changed. People who already have a game in their libraries on a PC appreciate it and have the opportunity to finish it; Fortunately, you do not have to pay extra to enjoy the fixes, just download the update and go to Rivellon again. Nothing prevents you from staying with the original version.

On consoles, just like on a PC, the game also allows for shared fun on a split screen and in a maximum of four people by the network. Attach and disconnect at any time. Fans of competition will also find something for themselves in Arena mode, where we have a variety of characters to choose from (including those that can not be managed in the campaign). In the arena you can also play in the hot seat mode and test your skills on a friend. However, not all functions present on the PC are on PS4 and Xbox One - for technical reasons, the console version does not offer the Master Game mode. 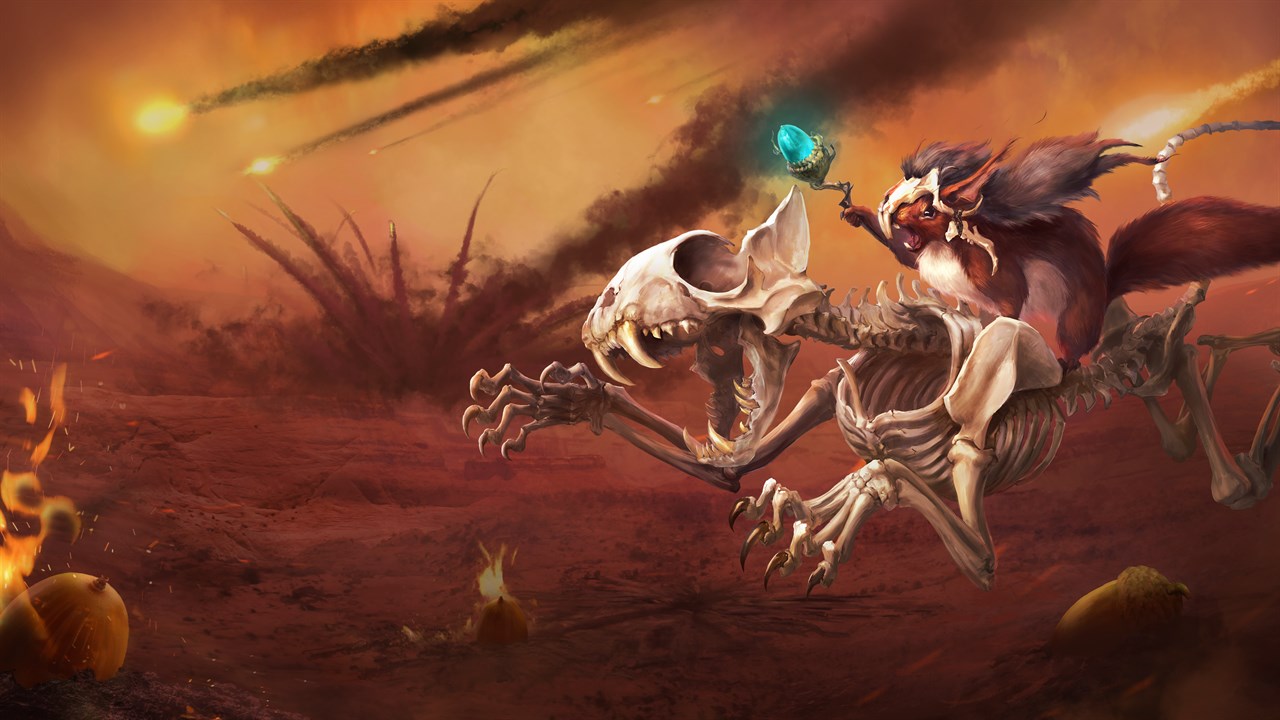 In conclusion - Larian Studios did a great job preparing Divinity: Original Sin II Definitive Edition. It was a very good game before, now it's a perfected almost-ideal. It is still the same production, offering an engaging storyline and satisfying fights. Improvements in the storyline, progress and balance, improvements in the task log or inventory management make you want to return to Rivellon. By introducing the lowest level of difficulty and tutorial, also less experienced players can boldly reach for this title. Operation with raining pads is not as convenient as using the keyboard and mouse, but you can get used to it. In favor of the PC version, however, there is the Master Game mode, absent from consoles. If it were not for minor technical problems and occasional crashes, it would be full 10/10.

we just finished playing divinity and it was pretty fun to play with friends. are there any other games like it?

this game is amzing i already play this game. the graphics are too good.