Ah, the guessing game. One of the two things we look forward to when we hit level 3. (the other being able to order rewards). I really feel that the guessing game is rigged. I think there should just be two colors, white and blue, just to make it easier. I wasted a little more than 2000 SGS overall in the guessing game. Just don’t play it until it gets better (or not). It is very hard to win. The stupid thing got blue 5 times in a row, while I bet white 6 times in a row. The one right after the last blue was gold. On that last bit, I ran out of SGS. Guess what the next color was. Of course, it was white. It was white 7 times in a row. I feel like it was white just to rub it in my face. 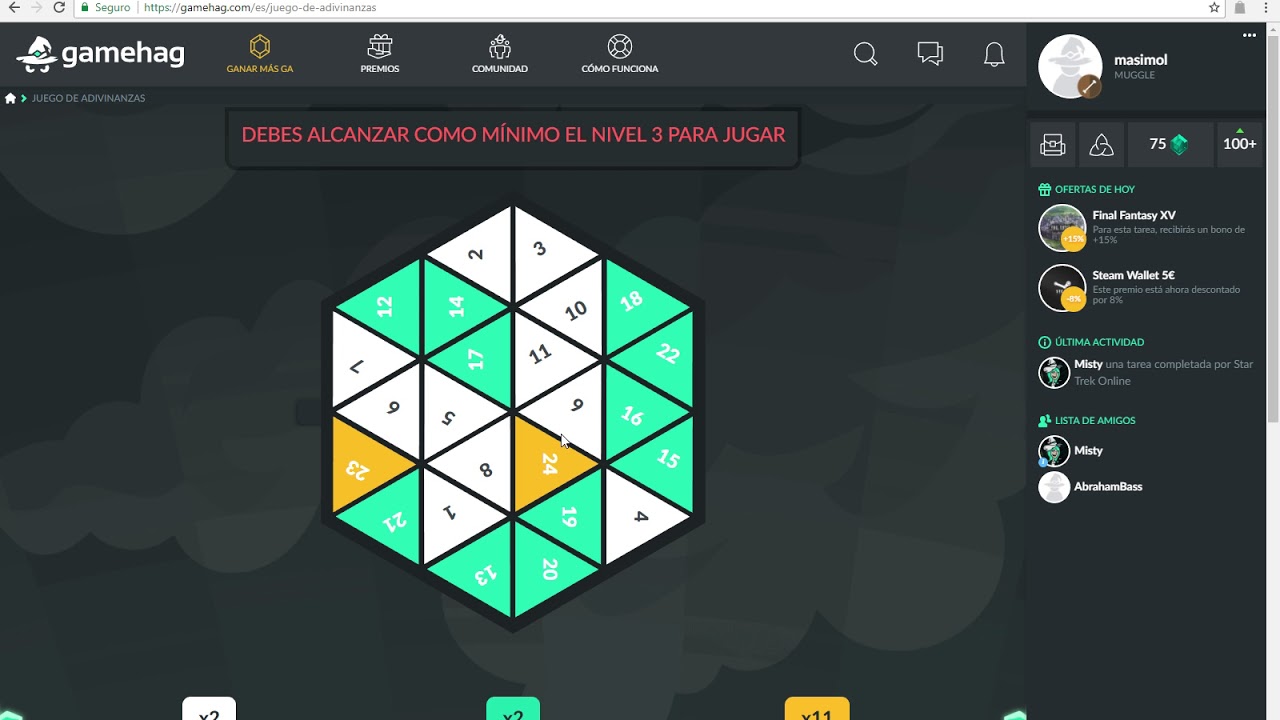 Chests are rigged. If you didn’t know that by now, you do now. They are designed so you get the worst rewards possible from them. There is like, a 0.01% chance of getting anything good. There is that tiny chance, so that is why Gamehag can say that you have a chance to earn that reward (although they don’t specify how much of a chance you have of actually unlocking it lol). Anyways, chests are a rip-off, and they are a waste of your soul gems. If you want a random steam key, it’s just better to buy one from the shop than killing an extra few hundred soul gems to try to get a better reward, because chances are, you’re never going to get that reward from that chest. 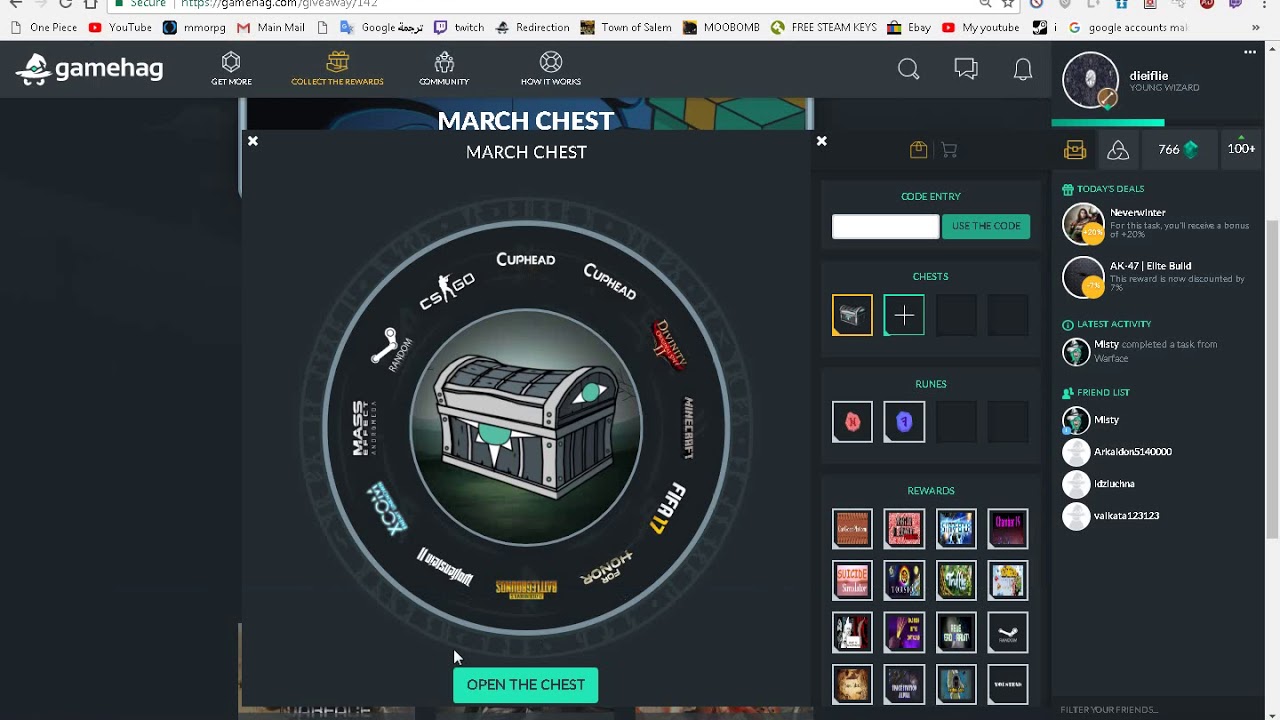 ↑ (Also Rigged)
#3: Making it Easier for Beginners to get Soul Gems

Getting Soul Gems is hard. Now, I know some of you are probably disagreeing with me right now, but I’m not the type of person that plays that many games. It’s especially hard for certain beginners, because they have no clue what to do (I know I sure didn’t :P). Anyways, I really feel like they should up the value of certain games. I also feel like beginners should get every single rune boost for their first 24 hours or so.

#4: Lowering the Value of Some Prizes

Gamehag doesn’t have a very good sense of value (sorry Gamehag please don’t ban me :P). An example is the 1000 V-Bucks for Fortnite. It costs 6000 gems. Wouldn’t it just be cheaper to buy a 10$ prepaid Visa for 4000 Soul Gems and just buy it in the Fortnite store? You would be saving yourself about 2000 Soul Gems. And another example? Skyrim. It costs 6000 Soul Gems, and yet it costs 40$ to buy it in real life. A 50$ prepaid Visa is around 20k SGs! I mean, I’m not really complaining, since I’m aiming for Skyrim (and because it’s cheaper). So in general, I feel like Gamehag should change the cost for certain rewards. I also feel like they should lower the cost for prepaid Visa cards, because they can cost a LOT, and are pretty hard to get.

#5: Making it Easier to Level Up

Leveling up is hard. Now, I know I’m already level 5, and I’ve only been playing for 2 weeks, but it gets a lot harder later on. When you’re a muggle (lv 1), all you have to do is comment on like, 3 different times and then you level up. Compared to level 4 to level 5, it’s so much harder, because every comment you make only raises your xp percentage bar by 1% or so. I can’t even imagine how hard it is to get from Grandmaster Witch/Wizard to Legendary Arch Witch/Wizard. I really feel like Gamehag should make leveling up easier. The only reliable way that I know of to get xp is by doing surveys. When you’re level 5 (like me), a survey will get your xp bar up by around 7-8%. I know that you can also do surveys and write articles to get xp also, but I feel like Gamehag should either add more ways of earning xp, or everything that gives xp already give more.

Not all countries have the ability to do surveys. I’m one of the lucky ones because I live in the US, which has surveys for Gamehag. I feel like Gamehag should extend their list of countries that can actually do surveys, because they are a very easy way of earning SGs, and I feel like everyone should be able to do them.

In the meantime, here are a few tips for when you’re doing surveys.

Well, here are the top 5 things I think Gamehag should change. Hope you guys had fun! Be sure to like and rate the article! Tell me what other things you guys think I should write about. Other than that, see ya guys later! Bye!

I agree so hard on that one, addwrd I newly writed one and got rejected. I used over 7 hours on that one