Have you ever imagined a world where human augmentation is a thing, suppressing human capability by using bio-mechanical augments? Well, look no further. Because Deus Ex Mankind Divided is the perfect game for you to enjoy. It's an action RPG developed by Eidos Montreal and published by Square Enix. It's a direct sequel to the 2011s Deus Ex: Human Revolution. It was released on 23 August 2016 for PC, PS4, and Xbox. 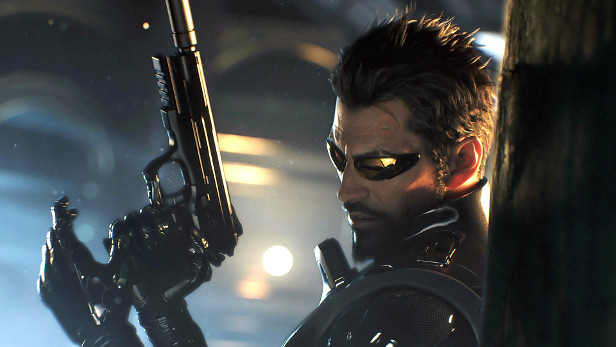 The story begins 2 years after the event of Deus Ex Human Revolution. The golden era of augmentations is over. Hugh Darrow, the CEO of Darrow Industries and also a former member of the Illuminati hijacks the bio-chip signal, forcing the augmented people around the world to violently attack those who are around them. The augmented people were hurting their own family, murdering their own kind, and even killing themselves. Their augmented body parts were forcing them to do such things. As a result, it caused a huge Aug Incident all over the world. The public is outraged by this incident. They therefore aggressively oppose bio-mechanical augmentation, which results in a divided world where bio-mechanically augmented humans are separated from non-augmented people. Adam stayed in the shadows, disgusted to see the world that he saved once. Then later, he joins the Task Force 29 a.k.a TF29 funded by Interpol, to save mankind. It's an international unit that deals with augmented terrorists. He puts his life on the line of duty, to save the world once again.

The story is about 6-7 hours long excluding the side missions and roughly about 10 hours long including all side missions. Overall, it feels more like a first season of a great TV show, rather than a complete feature-length film. The ending seems like it didn't end properly, leaving some major characters storyline unexplained. Perhaps, the story was cut short just to make a sequel of this game, who knows? Aside from all this, it still has a great plot to explore.

What makes Deus Ex Mankind Divided a great game is its gameplay mechanics. The core gameplay style remains the same as before, like Human Revolution except now, it's way more fun to play around. The refined controls and skill variations are better than ever before, making the game more enjoyable to play. You can either choose to play lethal or non-lethal. Choosing lethal means going loud, killing all enemies on sight, also it rewards less experience points. Non-lethal rewards more, but if the enemies find a body, they'll immediately alert the other guards. Also, they'll revive the knocked-out enemies. The realistic stealth mechanics took the game on to another level. It's extremely satisfying to kill the enemies by surprise. You can also use hacking skills to have fun taking advantage of the game's futuristic setting. No matter how you decide to go about completing a mission, there are always other ways to proceed.

The game introduces a handful of new augmentation abilities. One such as the Icarus Dash, which is a great tool for discrete traversal. The game also features an Augments Upgradation System. There you can upgrade your augments to enhance your abilities. But overpowering some augments too many times may result in destroying itself, while you're in action. It's a nice attention to detail. The players must think before spending their skill points on augments.

There's a standalone asymmetrical mode called Breach, which basically is an online mode where you compete against other players. It's a good additional content for the game, but I don't know how fair it is to put an online content in a singleplayer game instead of expanding the main story. 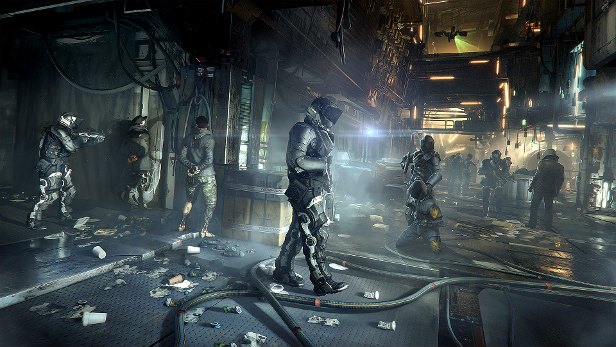 Graphically, the game looks phenomenal. It's powered by Dawn Engine. From inside to outside of your house, the game will constantly show you the amazing details of its cyberpunk world. The characters look much more detailed and realistic than the previous game. Also, the NPCs will do their daily activities throughout the city, which makes the city look natural and alive. The Animations were pretty decent too. It's cyberpunk at its best. The voice actors also did a great job doing the voices, especially Elias Toufexis for doing Adam Jensen's voice.

The music tracks are freaking awesome in this game. Michael McCann, the man who was behind composing these great and memorable soundtracks. I highly recommend you to check them out, you're going to love it. With that being said, here's a couple of OSTs that I think are the best : 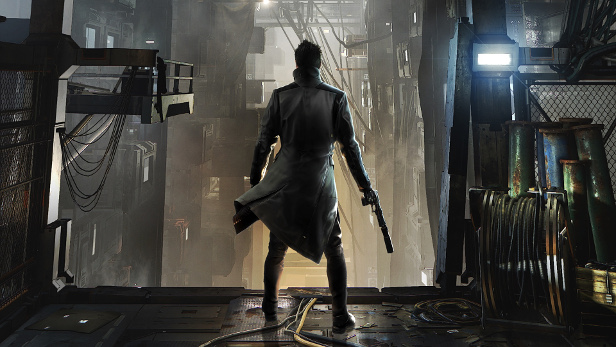 Deus Ex Mankind Divided is the greatest cyberpunk game that you can play right now. It improves upon its amazing predecessor in every single way. To be honest, Human Revolution has a better storyline than this. But still, it's a really good story without a doubt.

The game is only $29.99 on Steam. It's a great game but since it's an old game, you should wait for the sale. It's a must-play game in the series.

The aesthetic of this game is out of this world plus the memes are on point. Good article.

this is amazing good article

I somehow have the most nostalgia for the second one, Invisible War.

Wanted to play it week ago, accidentally downloaded the older version which has the DLC secluded when I found out I reinstalled to the newer version with both base game and DLC in one package and the only thing I found out was that my fps is legit fcked up :D anyone know a fix? The older version of the game runs smoothly like babys *** but the newer gives me fps spikes down to 14 fps XDDDDD

Replaying Human Revolution right now, I might have to pick this one up.

Yeah I have also played it. It is so good and cool also