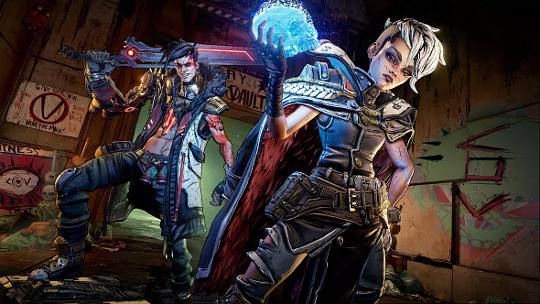 The story takes place several years after the death of Handsome Jack in Borderlands 2. You're on a planet called Pandora. It contains Vaults that hold vast amounts of treasure and technology, which is a long-running rumor. The 4 Vault Hunters are here to join Lilith's Crimson Raiders as new recruits. They were sent by Lilith to investigate the COV and their leaders, Tyreen and Troy. They're known as the Calypso twins. It was told that they have the Vault Map. Your mission is to reclaim the map and stop the Calypso twins from getting their hands on the Vaults.

The story mode is huge. It's about 30-35 hours long including all the side missions. 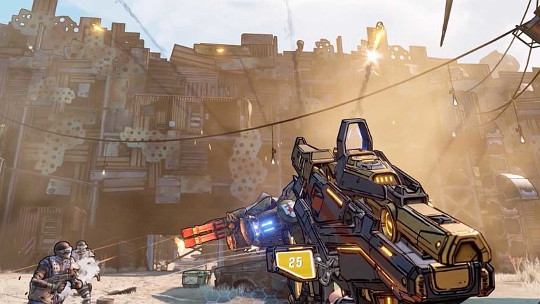 What makes Borderlands unique from any other franchises is its fast-paced gameplay style. It's fun and addictive. The game features 4 new Vault Hunters. FL4K as the Beastmaster, Amara as the Siren, Zane Flynt as the Operative, and Moze as the Gunner. At the beginning of the game, you get to choose one of them as your main character. Each of these characters has their own unique abilities and 3 different types of skill-trees. The game also features 2 new gameplay mechanics, Climb and Slide. By this new climbing mechanic, you can now grab any ledge to pull yourself up and do some parkour moves while running. And the sliding mechanics, it's so smooth and dynamic that you can't stop yourself from spamming it over and over. 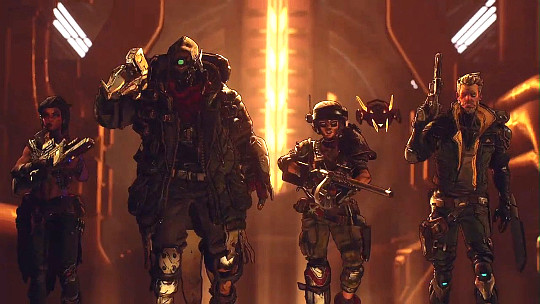 The things that I love most about this game is how the weapons look and feel. Each weapon has its own look and firing effects. Also, the sound effects make these guns more fun to use. It's absolutely amazing. Playing with friends is now better than ever in Borderlands 3. It has a ping system like Apex Legends, which allows you to mark enemy locations, weapons, and ammunition.

If someone asks me to rate this game scaling from 1 to 10, I would give it 10/10 alone only because of its gameplay. By my experiences, it's easily the best Borderlands game in the series in terms of gameplay.

Before I end this review, I have to let you guys know that I didn't play it on PC, neither I purchased it. I borrowed it from a good friend of mine to play on PS4, even though I'm a PC gamer. The only reason I ignored the PC release is because of the Epic Games Launcher. Currently, the game is an Epic Store exclusive title. I've seen many user reviews about the PC version showing hilarious bugs and glitches. Even high-end rigs are struggling to run it at stable 60 fps. Thankfully, I haven't faced any of these issues on PS4. Now, I think I know why the PC version has a lot of problems.

I've also heard a rumor that Denuvo is using a key-logger to prevent users from pirating the game. I don't know if it's true or not, I just don't trust Denuvo. They've been doing shady businesses from the day they first involved in the PC gaming community. It should be banned worldwide, period.

It looks like I made the right call by not buying it from the Epic Store. I'll buy it when it drops on Steam. 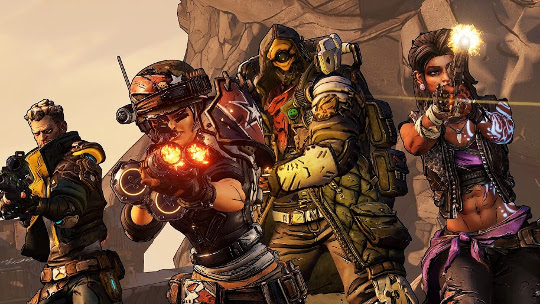 Borderlands 3 is an amazing game. Graphically the game looks magnificent. The characters design are insanely detailed, even though it's cell-shaded. Also, the voice actors did a decent job doing the voices, but some dialogues could be better in my opinion. It has a ridiculously huge amount of contents that will keep you playing the game for hours. As a $60 AAA title, it worths every penny.

I can't wait to play this on my PC. The thing is, I'm not interested to buy it from the Epic Store. I'm just waiting for it to come out on Steam. If you're like me, you should wait a bit longer for the Steam release. It's coming in April 2020. Let's wait together.

Nice article, I gonna think on buying this chapter on PS4. Thanks!

2FranklinGTA in 1 year after game realease on EGS

there are easter eggs in this game. (I only found the minecraft easter egg)

Never get a chance to play this game... but soon I will check borderland series

I am saving money for this gem. Hope I will get it in sale someday.

Such a weird and unique art style, for whatever reason I just find it silly looking. Great article, will probably give this one a ago when the price drops a bit on the game.

I only know this game because of Fortnite. Dont think ill try it out though. Csgo is my game atm

borderlands is the best game ever

i really should get around to finishing the other games

I have Borderlands handsome collection on steam. Will this part release on steam?