Rate this article "Town of Salem aka killing your enemies"

Town of Salem aka killing your enemies

This article basically talks about Town of Salem, it's mechanism and stuff like that!
Hopefully I don't bore you with how I write huehue.

Introduction
So, Town of salem is a browser game, but an app for it was recently released! The app however, is glitchy as heck with some info being messed around but hopefully that'll be fixed soon! To be honest, if you played werewolf, you pretty much understand this game too as well.

Free or Nah?
Town of salem recently had a major bot problem, with many bots infiltrating the games and revealing their roles and making the experience horrible. Town of salem responded to this, by having the game switch from free to play, to new players having to buy the game in order to play. But! Those who had old accounts were grandfathered across to the new game and were able to play! And, in addition, premium players have a referral system! So when they play a certain amount of games, they'll be given codes for them to give to other players so that their friends are able to play for free. This is a great way for new players and friends to be introduced to the game! 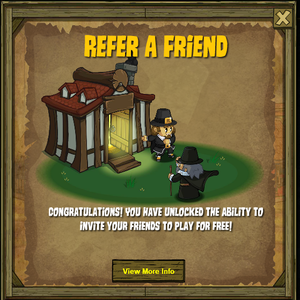 DLC
TOS has an additional paid DLC which is The Coven! The Coven introduces new roles and game modes to the game. It also introduces a new faction to the game. The faction, as anyone can guess, is called the coven. Wow such a big surprise!!!
Anyway the coven needs to be bought along with the steam version of the game, you can't buy it alone and use the Web browser to play which sucks,,, but hey, the steam version has some freebies so that's cool I guess.
And hey, if you don't want to pay, there's coven free weekends!
Okay, it's not every weekend and is on some random weekend only, but hey! It's still fun to play and you can decide if you wanna buy it after that! 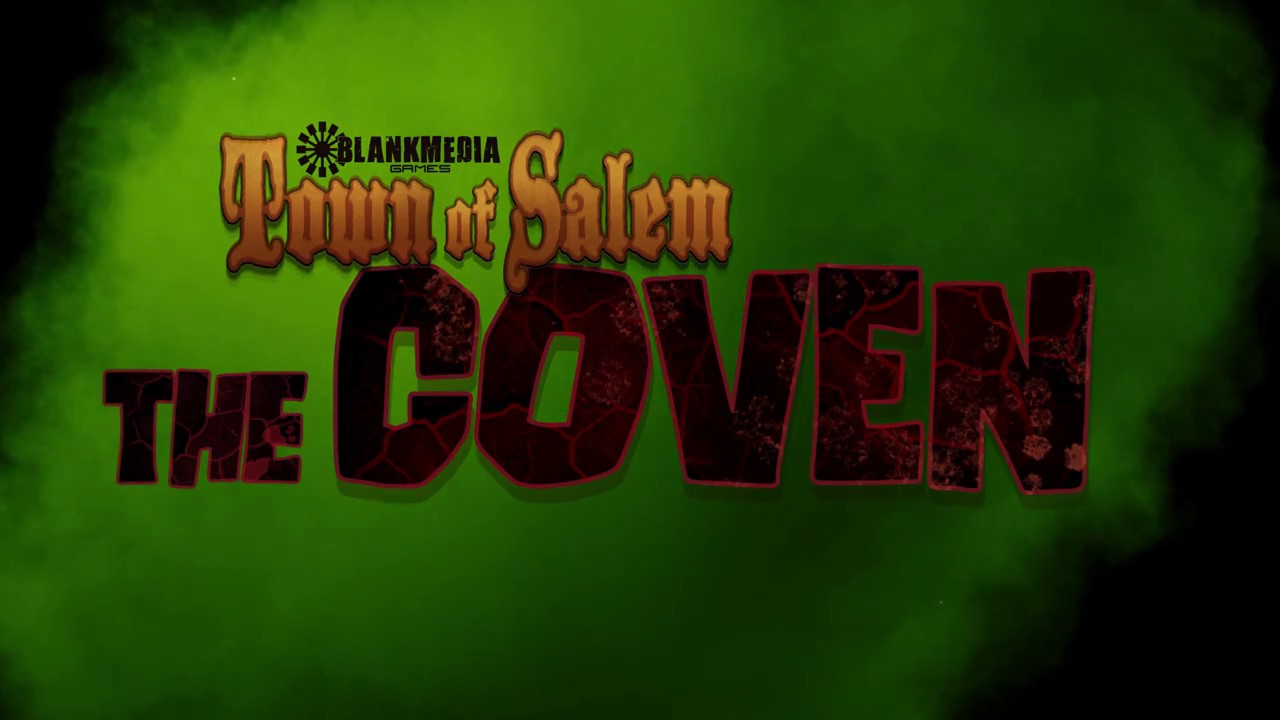 Some Basic Gameplay
First off, you need more than 7 players to start the game, you can invite your friends to play the game with you too. After that, you can choose a name! Sometimes before the game start, players can discuss whether to have a theme in which the name relates to that theme. But tbh no one really follows that but you can try I guess. If you didn't choose a name, the game will decide one for you! Once everyone chosen their name, you will be given your role! The role given is random but you can increase your chances of having a role you want by buying scrolls from the ingame store!

And once the game start, it will be a short day time and then it'll be night! During the night, most roles will be able to carry out their abilities and some can talk to their teammates. And when the day comes, there'll be an announcement stating who died and all that jazz. After that, you can interact with other players and debate whoever should get lynched! Fun and positive stuff really.

And when lynching period starts, players get to lynch someone. Once a certain amount of people voted on someone, that someone has to go onto the stand! There, you have to debate your case and pray that they won't kill you, unless you are a jester I guess but we'll talk about roles later. After that, there will be a option to choose guilty or innocent on that player! And if majority chooses guilty, that person gonna die. But if otherwise, the player will continue to live again. Hoozah! Now this will go on until a faction wins or a draw happens!

Next, let's talk about last wills! Last wills are very important to the game, unless you are a newbie, mostly everyone will choose to keep a will. The will is basically a record for you to type anything informational you think might help your faction. They will normally appear after you die unless they got erased by another role.
Death notes are similar to last will but they only appear after someone is killed and the killer can choose to write anything they want on it. Occasionally it can be used to tell the town if their enemy is evil or can just be used to taunt people. But its not that important so you can just ignore it if you want.

Roles
In the game, there is 3 factions with an addition for the Coven add on. They are the Mafia, Town, Neutral and Coven. Most of these factions go against each other with some being able to help other factions and win with them. I won't get into the specific roles because there is too much but if you are interested, there is the Town of Salem wiki which explains everything!
There are also subfactions under each faction.
For town, they are: 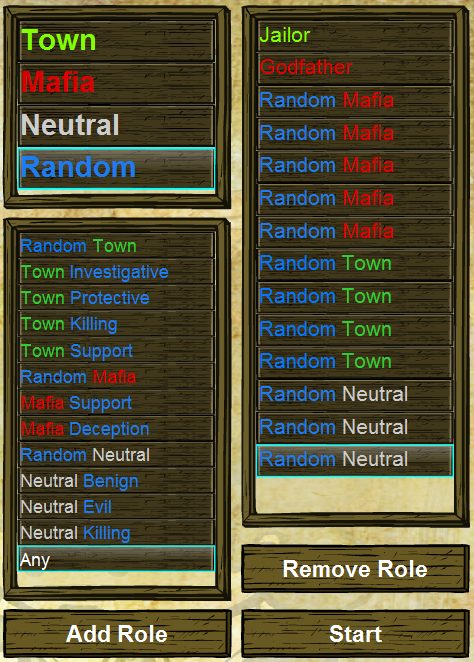 Some Lingos/Commands
/w - Whisper to a player
/ignore [player name] - ignore a player
Rolecall - everyone to reveal their role
VFR- Vote for role, vote someone up to pressure them into revealing their role.
CC- counter claim
And I can't remember anymore so feel free to comment more below!

Summary
In my opinion, I think TOS is a great game that encourages you to use your brain. The community can be toxic sometime but some are still friendly and just plays for fun.
I hope you enjoyed the article OOf, if you didn't, I'm sorry lmao. If you haven't played the game yet, I strongly recommend you to get a trial code and try it out for yourself! Thanks and bye my chicken nuggets!

Rate this article Town of Salem aka killing your enemies

you did well by publishing this article

nice one, loved to see article like this one

Another game ruined by bots