Rate this article "[TIPS] 10 Best Weapon in the Rules of Survival PC, Learn and Master!"

[TIPS] 10 Best Weapon in the Rules of Survival PC, Learn and Master!

Game made by NetEase Games this should battle royale game more, certainly have a variety of different types of weapons that you can use the player to beat the other players. This time we tried to summarize the 10 best weapons to become a mainstay of players beginners and pros.

Advantages of this weapon is having Scope X4, great damage, long range, capable of firing continuously with good accuracy. The disadvantage is the noise generated is quite large. M1887 is a weapon intended for an experienced player who has very good accuracy. Due to the short reach and great damage, the weapon often used for in-house shooting. SMG weapon that had damage is not too great but the advantage is a fast reload. The drawback is unable to use the Scope X4 above, the range which is not too far so it is difficult to shoot the enemy from a distance. Assault Rifle type weapons that have automatic features. The surplus is a good accuracy and stability for the near and far. 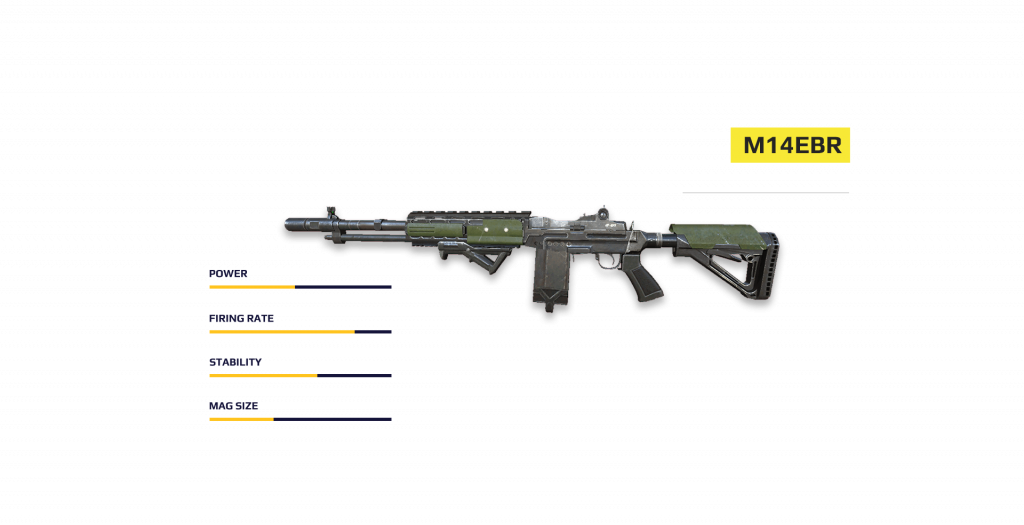 Sniper Rifle with the greatest damage. Being able to shoot the enemy from great distance. The drawback is the low Maneuverability. AWM is a weapon which by default has the Scope X4 and quite often appear in the Rules of Survival . The surplus is a great damage and considerable range. The disadvantage is the noise that caused very large and slow firing speed. 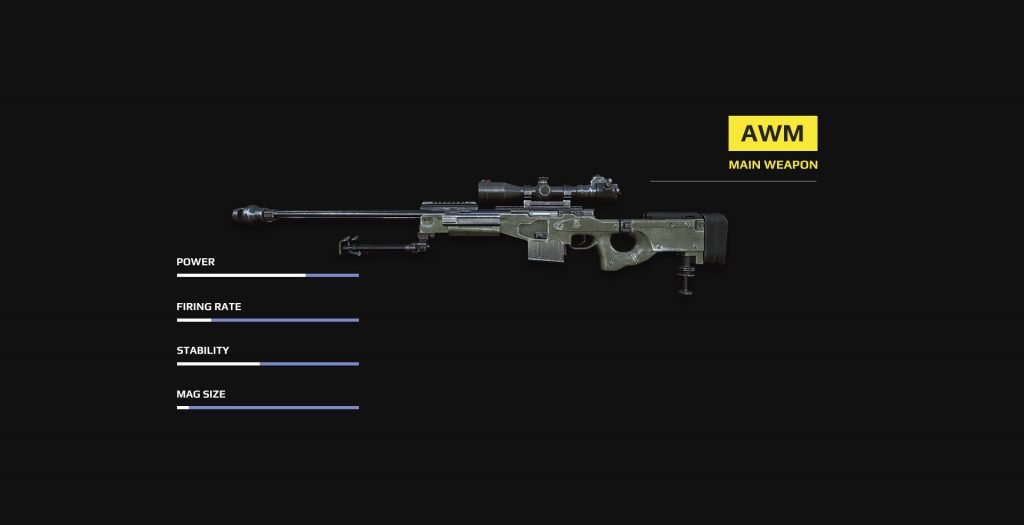 AKM is a rifle with the greatest firepower and is often found in various areas in the folder Rules of Survival . The drawback is the low stability and high recoil. However, in the hands of an experienced player, AKM is able to be a reliable weapon. 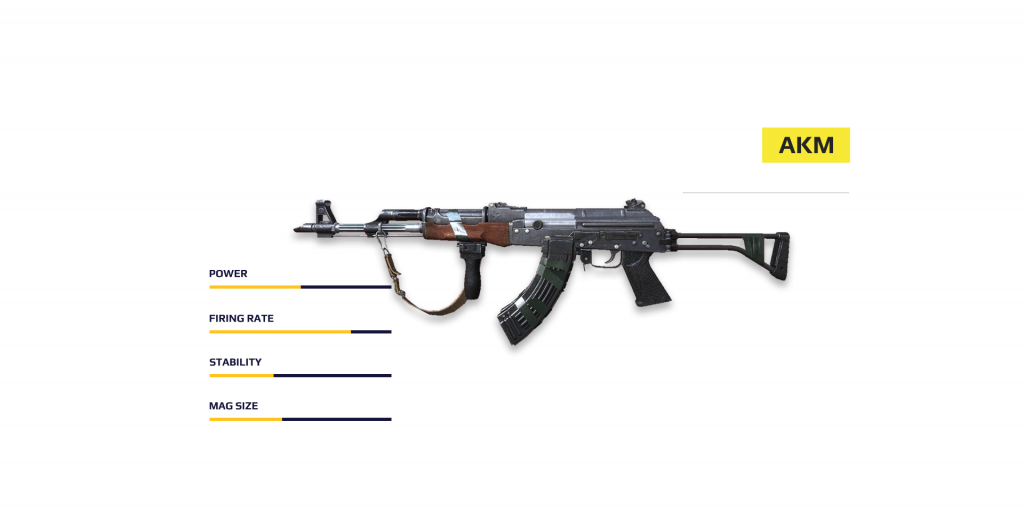 WRO Hunting Rifle is a shotgun-type weapon that has the greatest damage in its class, and is a favorite weapon of the player for a short distance. The disadvantage is that only one bullet with a maximum of two bullets that can be stored. Therefore, players are required to have excellent accuracy, in addition, the firing rate is low. This weapon can be a mainstay for a short distance, especially when the last small circle.

This weapon is an upgraded version of the M16, which has a great damage, ammo quite a lot and is easy to use, making it a favorite of players Rules of Survival . When paired with a commensurate accessories, M4A1 be a very reliable weapon either by beginners or pro player. 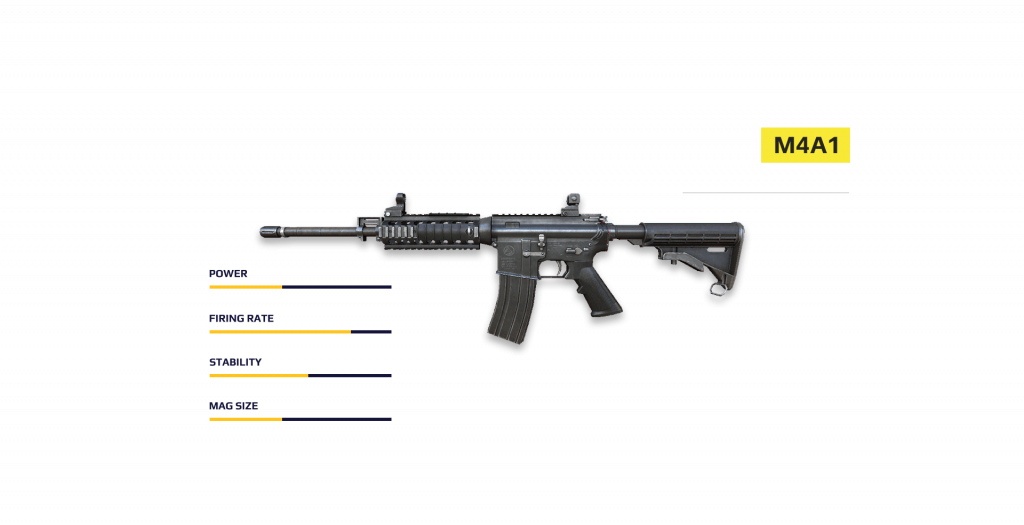 SMG has good stability, easy to find on the map and rate-of the high fire mejadikannya favorite player SMG weapon Rules of Survival PC . The drawback is the range which is not too far, about 30m, so it is not suitable to shoot at targets that are far enough away from the player. 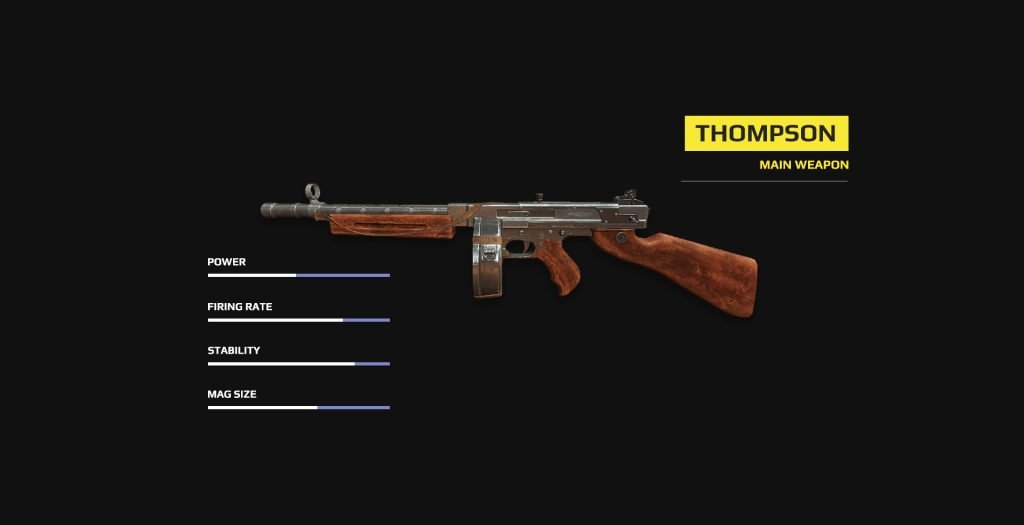 Rate this article [TIPS] 10 Best Weapon in the Rules of Survival PC, Learn and Master!