We are returning to war with terrorists, nuclear and viruses! Remember that Soldier of Fortune started this job before Call of Duty.

I really do not know why, but lately I have some peak on Raven Software. There is something in their titles that once I think and can never break out of my head anymore. It could be said that this is the result of a good product so let's get rid of it later.

Round 2000 is what we are looking for, when Raven Software skimmed the first Soldier of Fortune for PC and transferred them through the next two to PS2 and Dreamcast. It's a first-person shooter based on a modified id Tech 2 starter (Quake 2) in which dirty terrorists are picking up nuclear power while we take over the role of mercenaries who will end their plans. But Soldier of Fortune was labeled with something else. 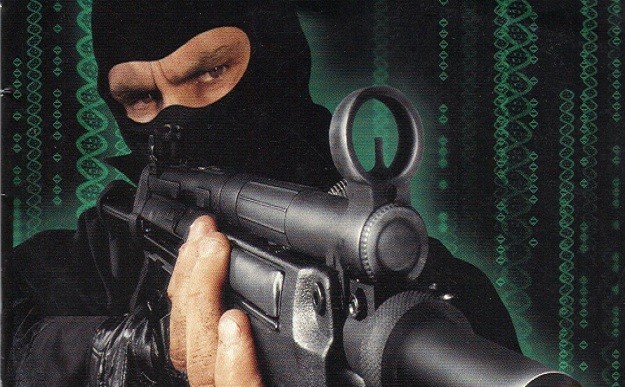 You see, in order for a soldier of good fortune to be more realistic, or realistically brutal, Raven is there, and the thing is called a "Ghoul" system that allows us to crush enemies and chop them like coffins. Each character was composed of the so-called. 26 "zones" that have received damage separately (head, arms, legs, asses, etc.). If you're cowboy good at the sight, it's also possible for bullets to emerge from armed terrorists. But let's be realistic, who would be alive trying to do that when fireworks are in the opposite direction?

All of this was accompanied by controversies, as while SoF, on the one hand, was praised for the excellent interpretation of violence, or some of the visual horrors that brought the war, on the other hand, received complaints, bans, censorships and other rumors. People who opposed this would have an option to exclude these things, even though I do not know why they would even like to play that?

Among other things, a version of "Tactical low violence" was released, which would not contain anything at all. I somehow doubt that such a specimen was well sold, but by the very fact that it also existed, it certainly served a fair presentation on the market. The attached video may not have a butcher, but maybe you can get some memories back. 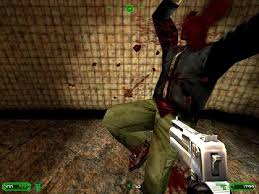 A couple of moments later Soldier of Fortune 2: Double Helix was the first sequel in 2002 for PC and Xbox. Now we have just moved on to the id Tech 3 (Quake 3) starter, but unlike the "Quake", this time it was inspired by other military titles like Rainbow Six or Operation Flashpoint to be even more authentic. Instead of nuclear, terrorists have now developed a computer virus that could erase data from any computer in the world, and there was an organic virus somewhere that took away lives in villages.

The "Ghoul" system naturally came back more detailed and precise with version 2.0, now with as many as 36 "zones" that we could swipe. The couple also had something unusual about their shooters, which was the method of procedural generating missions. However, that Double Helix was released in a hurry, and it also hit a mountain of bugs, most of which will only be corrected with the later "Gold Edition" version. You can now look at the little bit of Double Helix gameplay in the video below.

Five years later, another soldier appeared - Soldier of Fortune: The Payback was no number three, but in 2007 it had to serve as a trio on PS3 and X360. The reason for this may have been because Raven Software had no connection with him as it came from the hands of Activision and Cauldron HQ, a small Slovakian studio that is not known for anything specific.

All in all, it was the same year when the nuclear power plants dumped the legendary Call of Duty 4: Modern Warfare. That will forever change the relief of military shooters, for which Soldier of Fortune did not have any opportunity to celebrate. Let's take it into consideration that CoD may not be all good at all, especially today, so why payback could still be found among the nostalgic moments of individuals. The video below will show you what the thing is about, and in the comments please let us know if you wait after more than 10 years for another Soldier of Fortune title?