I originally picked up this game when I seen the offer on Bananatic. I've been a fan of anime for about a year and a half, but have never seen Sword Art Online. So, I didn't think I'd like the game. However, it was rather good for a browser game. It's a typical MMO browser game, but it's a really rather good one.

I should start by saying that I haven't paid for anything in the game to get to where I am, but I have seen people who have paid and are dramatically more powerful than I will likely ever be in the game. A lot of things are only claimable after you have "topped up" (The game's way of you paying). This is when you pay real currency for the game's premium currency. Using this, you can definitely cut a lot of corners leaving the F2P players in the dust. Here's the price for the premium currency for reference.

After the fact of revealing there's a premium currency, do I still think it's worth playing? Definitely! I have only played the game for 3 weeks, throughout that time I have seen several events active that are available to all of the people playing. One of the events gave out premium currency, rewarding people for consistently coming back to the game atleast to click on "Retrieve". Daily, there's various activities that reset that only you can do. This gives you a huge boost in resource gathering and also allow you to obtain XP boosters, increasing your XP gain by 500%. You can get 10, hourly, boosters every 24 hours which allows you to kill monsters and gain 5 times the normal rate of XP. Later game, these are definitely very useful. With the activities that reset, also, they let you obtain higher level items - they're really rare, however - which in time will allow you to get stronger once you have the whole set. (There's 8 armor slots). Here's a picture of my current loadout to give you an idea of what it is you're looking at. 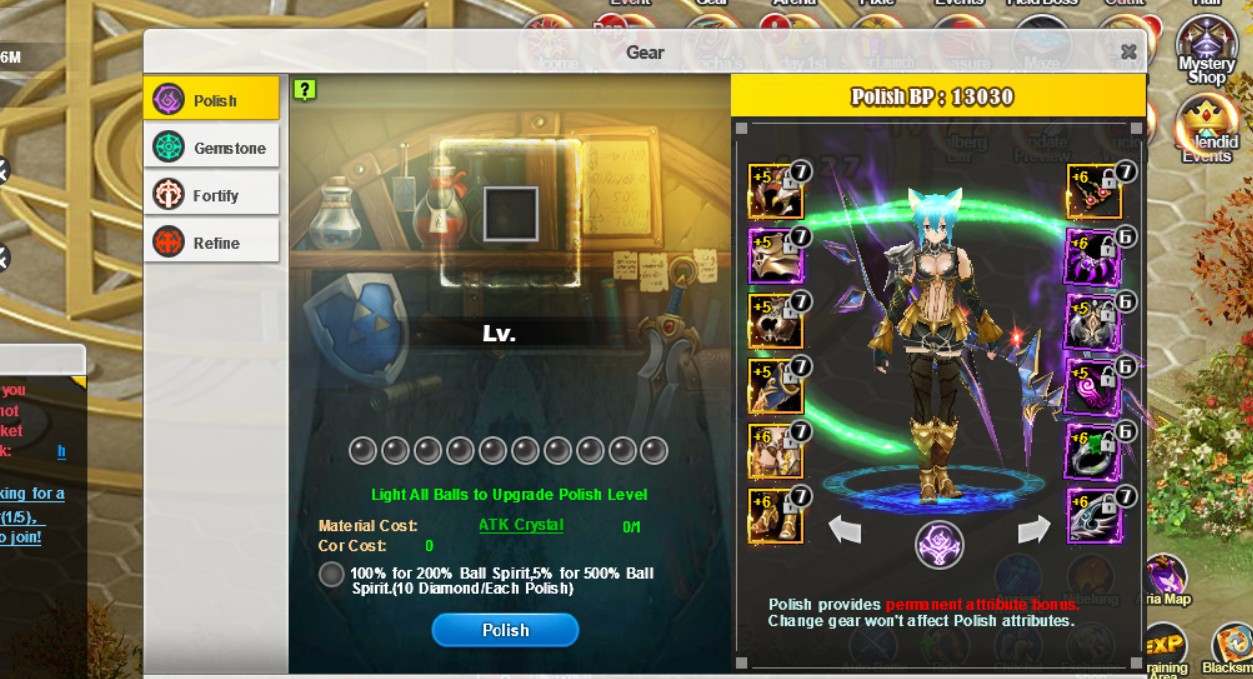 All in all, considering the downsides of the game, I think the game is worth trying out for atleast a week. In the early game I think everyone who plays the game will get some enjoyment out of it until it gets to the point where you're relentlessly grinding just to get up a stat, or up a level. That being said, some people do like grinding. I for one do enjoy it to an extent if, in return, you're rewarded by being better than a more skilled player without having to pay. This is why I like F2P games in general - as they normally have some aspect that keeps the user coming back for more and SAO's Legend does just that. The game is free and so far, for me, I haven't had to spend a penny just to progress. Now I won't deny that paying WOULD make the game a lot easier, and a lot less grindy temporarily, but grindy and rewarding is how I like my game. I should mention, there is a PVP aspect in the game too, but it's very minor as far as I can tell, but people who do put money into the game are pretty much unbeatable. You can't really help that. Anyway, the game is free, so there's no harm in giving it a chance. The basics are a little hard to grasp if you're new to this genre of game, but once you get the hang of it it's a blast!

Definitely a great review for whoever loves the series, but still on edge due to the P2W aspect of most of these games.

This is a great game, but it's basically a pay to win..

I don't really like some anime games but you wrote this very well. You have a good future.

i think first i need to watch anime

This game is pay to win