It is very smart to attack a modest development team with its low budget one of the least consumed topics in the gaming market, vampires or the vampires and is famous in many western novels and films, Dark if this injection is injected and mastered in a classic game totally and exclusively dependent on espionage, The game makes us assume the order without a doubt.
When you say that the game is fully designed based on the element of spyware it actually meant, Dark does not offer you more than one choice, hiding and killing the victims are the main task from start to finish, same control and the same basics from start to finish, developers have developed a game system It is only possible to spy and kill in secret, how do things go? You can, of course, run down to the enemy to strike him one blow, kill him immediately, but it is difficult when you hang in a place full of enemies. 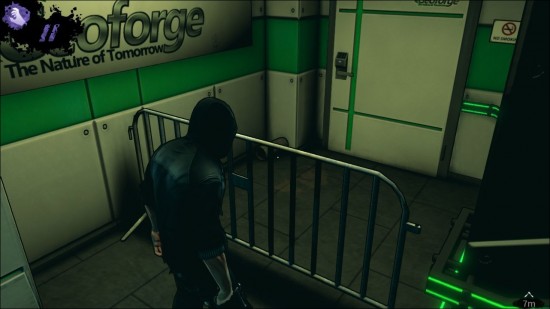 The character you play is an incomplete vampire called Eric. In the world of the game, vampires live in secret and exercise normal activities, yet they have to drink human blood to survive. Each vampire can make another vampire and become what we can say. The owner of the Vampire who made him and the search for a strong vampire to complete the completion of a strong vampire, unfortunately the story seems mysterious at first and very impressive but quickly turn into a bad idea Application with many similar tasks. 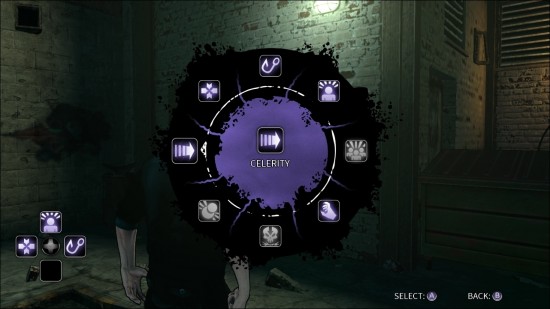 Back to play mode The game works the same basics, you have the ability to hide behind things and kill the enemies from the back, you can use the fast movement where you disappear to appear in a different place, you have a good list of other capabilities that you open and develop through the points of expertise that you collect through If you complete the task without anyone noticing you will get more points, using the abilities that seem half of them without the benefit of consuming a point of energy points that you fill in one way, drinking enemy blood, the idea looks good but you can develop the ability to move quickly to make the game easier and easier And become The capabilities of the others are useless, and I have hardly ever used them for the experiment. I have only kept two capacities. All the capabilities are in a circular menu that you can easily access or you can restore in the console stock for easy and immediate use.

The game may have some good ideas, but it is unable to provide a practical and good control for the game of this kind, especially as it is completely on the spying, diversity is zero and the things you will do from the beginning is the same as you will in the end, artificial intelligence makes matters worse, The enemies walk in a line that does not change, no matter what happens, some of them are stuck in one corner and will not be anything but akin to adornment, if you reveal one of the enemies and the warning that draws like magnet all the enemies in the mission to your place everything is back to its situation after about a minute, It always makes you flirt Even with twenty enemies around you, the warning that comes out is not a problem since it is possible to end the tasks until the warning is launched. The conclusion is a very ordinary and impractical control of type and artificial intelligence limited to enemies.

The graphics are also not helpful, a simple one-color artistic touch, places with ordinary designs and the most like a very large space filled with walls built in strange places and many of which are useful only to give you a place to hide, there is some effort in the indoor, Big, the enemies are so boring they can count more than ten guards in one place, the robotic moves and the real lack of realism, some "neat" killing methods cover up a little, the game is full of characters without identity and little impact in the story and its operation, Some presentations are Regular aphrodisiacs that open the way to strange and very strange interpretations.

The only sound that caught my attention in the game was the main character, good performance and adds a lot to the humble game thanks to some of the places where Eric turns to the rao of events, etc. All other things is a disc that repeats itself from start to finish, it would be strange to try the game more than Once, although it is not long and requires little intelligence to pass between enemies and up to the goals, the difficulty is medium and can be changed at any time, whether difficult or easier. 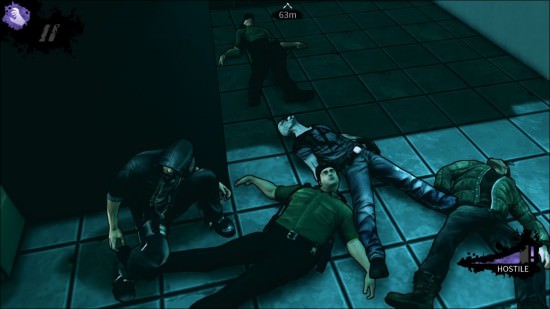 Dark Another game trying to put many beautiful ideas in the hat of the magician, the world, the idea of espionage, drinking the blood of enemies, vampire abilities and a mysterious story, but it comes out in a normal game with a very modest application for all that, loss was the subject of vampires to order more than one , But the best for Dark is to stay away from your hands, away there in Dark.