Rate this article "Review Bear With Me "

Review Bear With Me

The players saw in Bear With Me an interesting game project, first supporting the Square Enix platform to identify and support independent projects, and then brought them enough votes to get the green light on the Steam platform.
Amber is the hero of the game, a smart girl at the age of ten, accompanied by bear Ted E.Bear, two personalities unite with each other in the exchange of dialogues full of hints of games and cinematography, and some jokes that may not always appear high level. Amber wakes up at her house on the disappearance of her brother, and begins the search for him after getting the services of her old friend investigator Ted, which is similar to the chaos in the city of Paper City and the appearance of Red Man, which is related to this disorder and somehow Amber, the story is simple and looks to children if it tries To be black, and take advantage of what the little boy can imagine by broadcasting life in his stuffed blood. 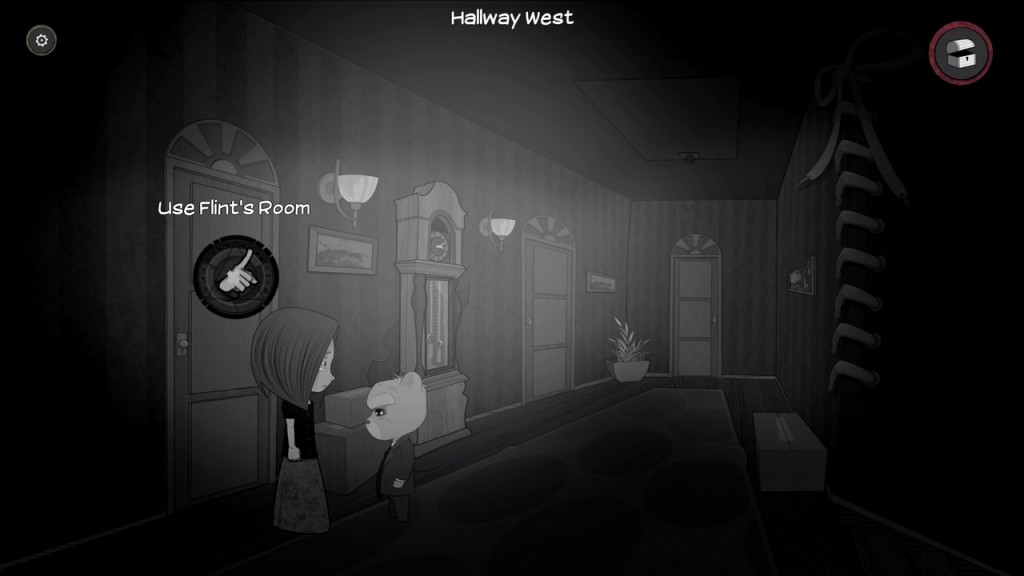 For the information, the story is incomplete, and what we got is the first episode, the events are listed through scenes drawn in the way of the storyboards, and even if it has some ambiguity, the writing level remains weak, the story has elements that allow it to be interesting and hope to exploit Correctly in the sequel.

The game is a traditional Point & Click game, by clicking on objects, two icons are opened and sometimes one, one to get a comment from one of the characters, and the other to interact with them. If possible, the comments you get are often sarcastic and entertaining, without the writing level being distinctive Sometimes it's nice that the characters are piercing the fourth wall. If you do not know about it, it's what happens when your character is interacting with you as if you knew it was inside the game, something like the DeadPool character who sometimes talks in his stories with the reader. In the game she was a Ted character I read the script wrongly, apologizing for it, and by clicking on something in the environment Ted commented that he did not know what the painter had done.

The game is very easy, and I will call it a collection game for tools, because you combine tools, merge them with each other and use them in the right place, everything is really clear and the places are tight, there is not much in the environment to interact with. Puzzles, if we can call them puzzles.

The characters in the game are few, and if you want to know their number is 5 characters in addition to Amber and Ted, you can talk to them, and choose the questions you ask them, and that's it. 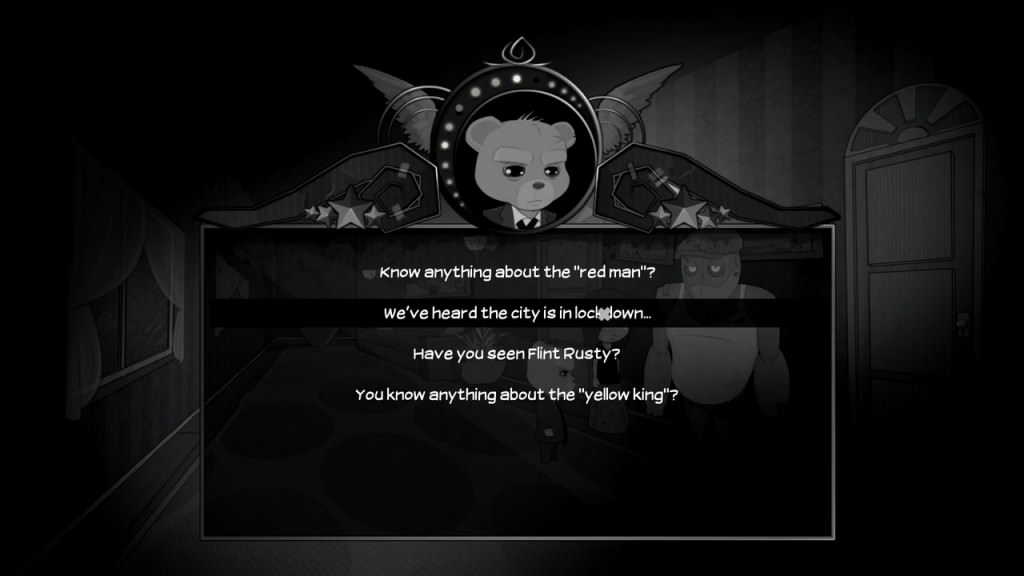 The drawings in the game are two-dimensional with the effect of simulating Crime and Investigation films (Noar film). The designs are simple and there is no uniqueness in any of the designs. Unfortunately, Ted has the sharpest voice and personal power most interested, at all levels. The events in the first episode revolve in one place and small, and there is not much to talk about, and the inability of the game for excellence in the level of graphics was difficult to be characterized by the level of sounds, sound performance is not bad, and each character got a representative voice is appropriate, but remains poor performance And no soul, because all the characters in the game are very calm and speak on one pulse and in the same tone, otherwise there is nothing I can tell you.

Conclusion
********************
Bear With Me A game of ambitious independent team, you can feel limited resources under what you want to submit, and the division of the game on the rings make them look short, takes you from an hour and a half to nearly two hours, not enough progress in the story to make it interesting, During all this time in place by presenting you as a player of the same events from more perspective.

Rate this article Review Bear With Me