F1 2013 is the fifth Formula One installment in the Codemasters Formula One franchise developed using the proprietary EGO Engine 3.0, released on October 4th(EU) and 8th(NA) in 2013 for the Xbox 360, Play station 3 and PC under the 2013 Formula One season licence with all the eleven teams and twenty-two drivers belonging to the teams who competed for the season. 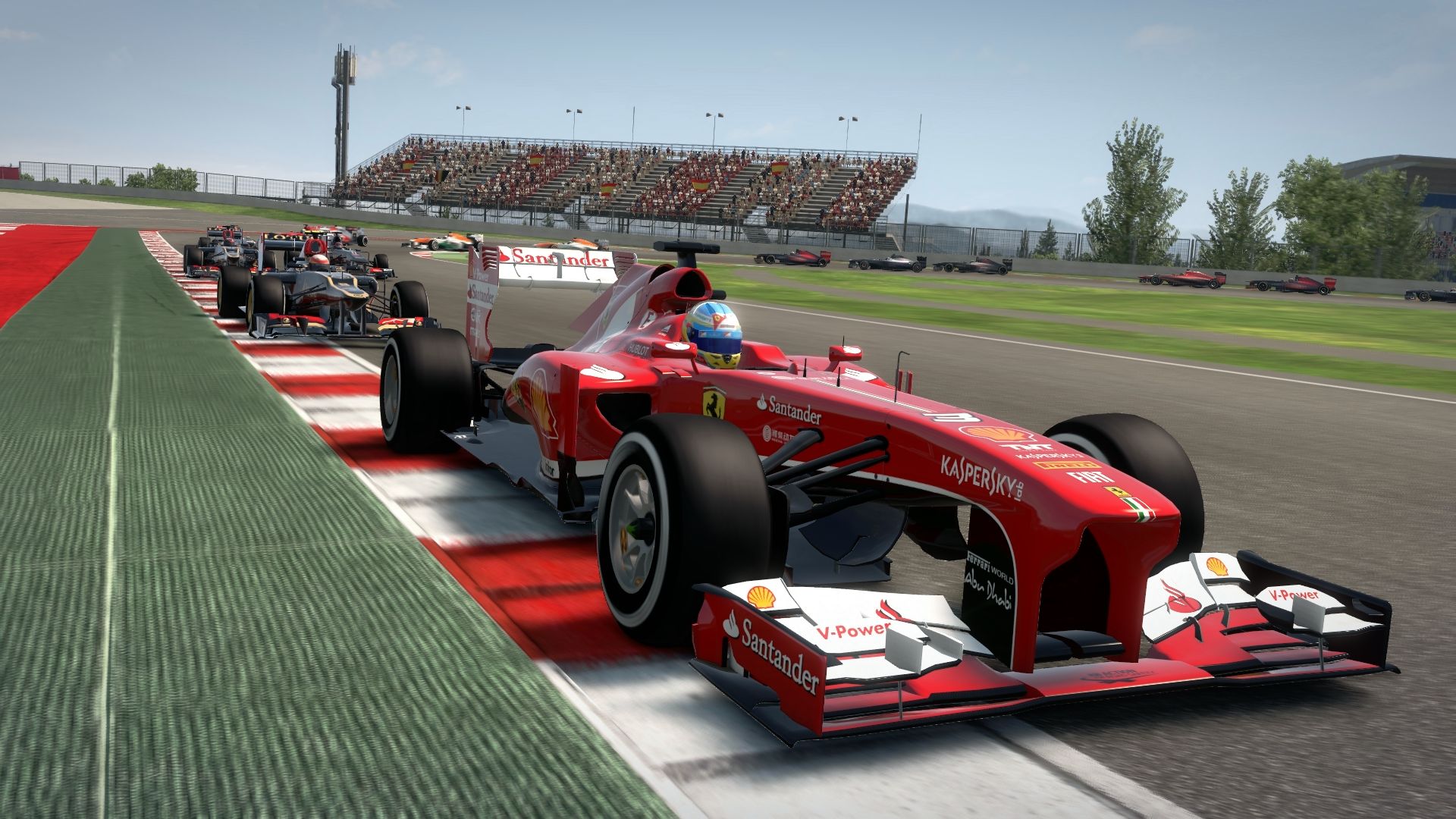 Perhaps the final season in the series both in gaming and real life where the 2.4 litre screaming V8 engines and ERS systems were last used for the F1 cars, the signature screaming Formula One V8 sounds that fans have been listening to since 2006 with their eyes glued on the track for some racing action before the 2014 turbocharged 1.6 litre V6 engines with absolute worst road car sounds took over. To add more salt to injury to the fans, F1 2013 was removed from the Steam Store in January 2017. Why if one may ask ? it is probably because F1 2013 featured the most classic content such as the 80s Spanish Grand Prix Track Circuit De Jerez, the former British Grand Prix Brands Hatch, the former host of San Marino Grand Prix Imola and Estoril, the former Portuguese Grand Prix and the licence for the classic content unfortunately expired for Codemasters. The classic content in F1 2013 featured authentic drivers from the 80's such as Alan Jones, Alain Prost, Mario Andretti, Michael Schumacher, Gerhard Berger, Nigel Mansell, Damon Hill, Mika Häkkinen. Cars such as Williams FW07B, Team Lotus 98T, Ferrari F1-87/88C, Team Lotus 100T, Williams Fw12 were featured along with tthe drivers. The 90s content featured Ferrari F92 A, Williams FW14B, Ferrari F310, Williams FW18, Ferrari F399, Williams FW21 and drivers such as Jacques Villeneuve, David Coulthard, Jean Alesi and Eddie Irvine.The gamers are also allowed to play with the older cars on new tracks and with the new cars on older tracks. Special Voice commentatory was provided by English Legend of motorsports Journalism Murray Walker. 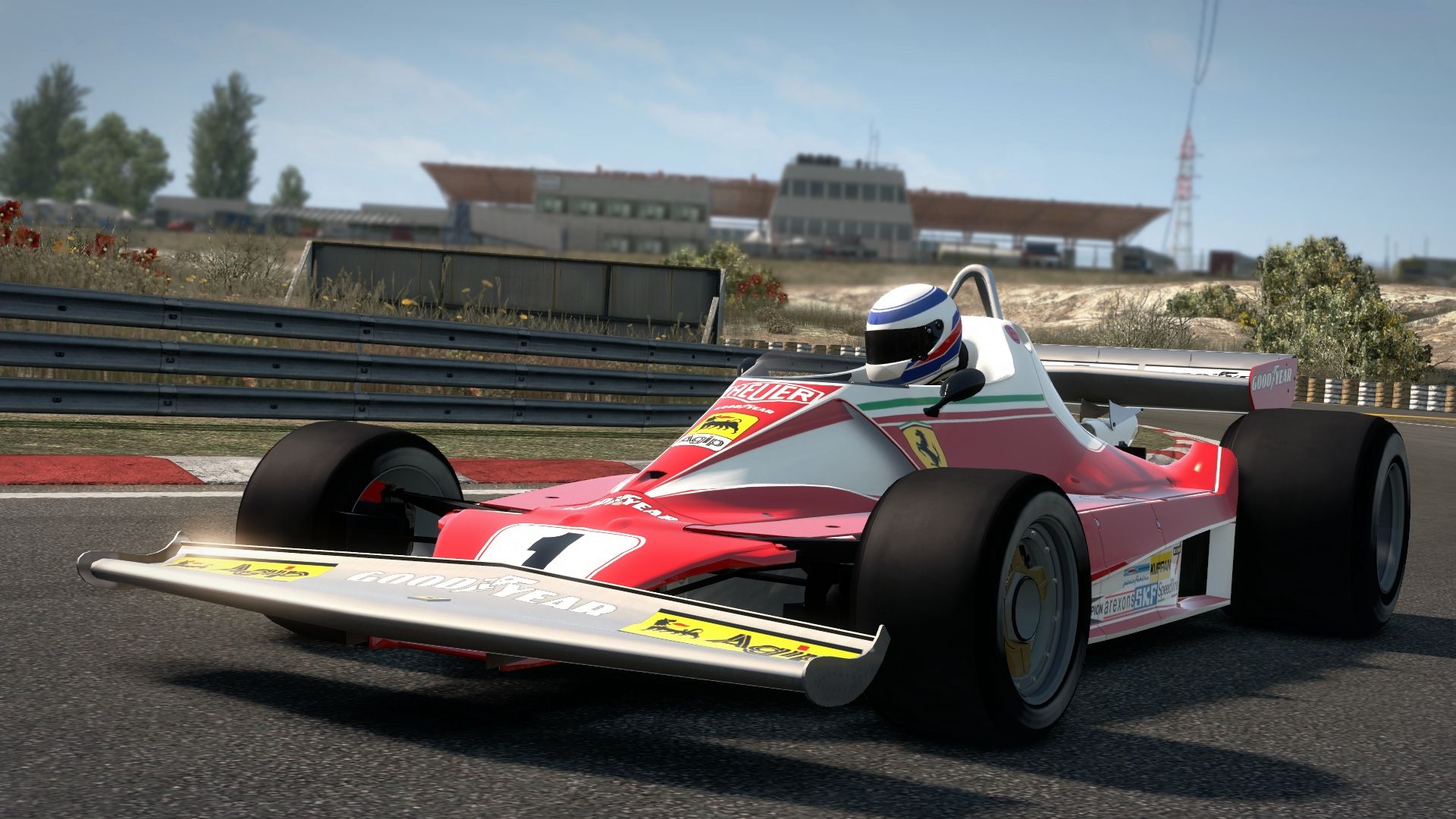 F1 2013 features a lot of different game modes such as Grand Prix Mode, a brand new Scenario mode where players get to re-live the old glories and racing events, an improved young driver's test mode where players are introduced to all the mechanics and dynamics of how a Formula 1 car works and drivers and given a taste of what kind of speed the cars reach. A brand new addition to the F1 2013 gameplay modes was "F1 classics" mode that allowed the players to compete as the historic 80's and 90's legends on their classic Formula 1 cars in classic tracks from the past. F1 2013 also introduced the ability for players to save a race in the middle of a session which was a big stepping stone in the Codemasters Formula 1 series. Career mode has 10 different seasons with a lot of difficulty levels ranging from Amateur to Legend. Players join the underdogs and get offered better contracts from top teams as per their race results and performances. The 2013 Formula 1 game AI were a lot faster and made quite a fair amount of  mistakes for an even playing field against the player and were much better to race against. The game also had a co-op mode (online and split-screen) where friends can compete against each other. 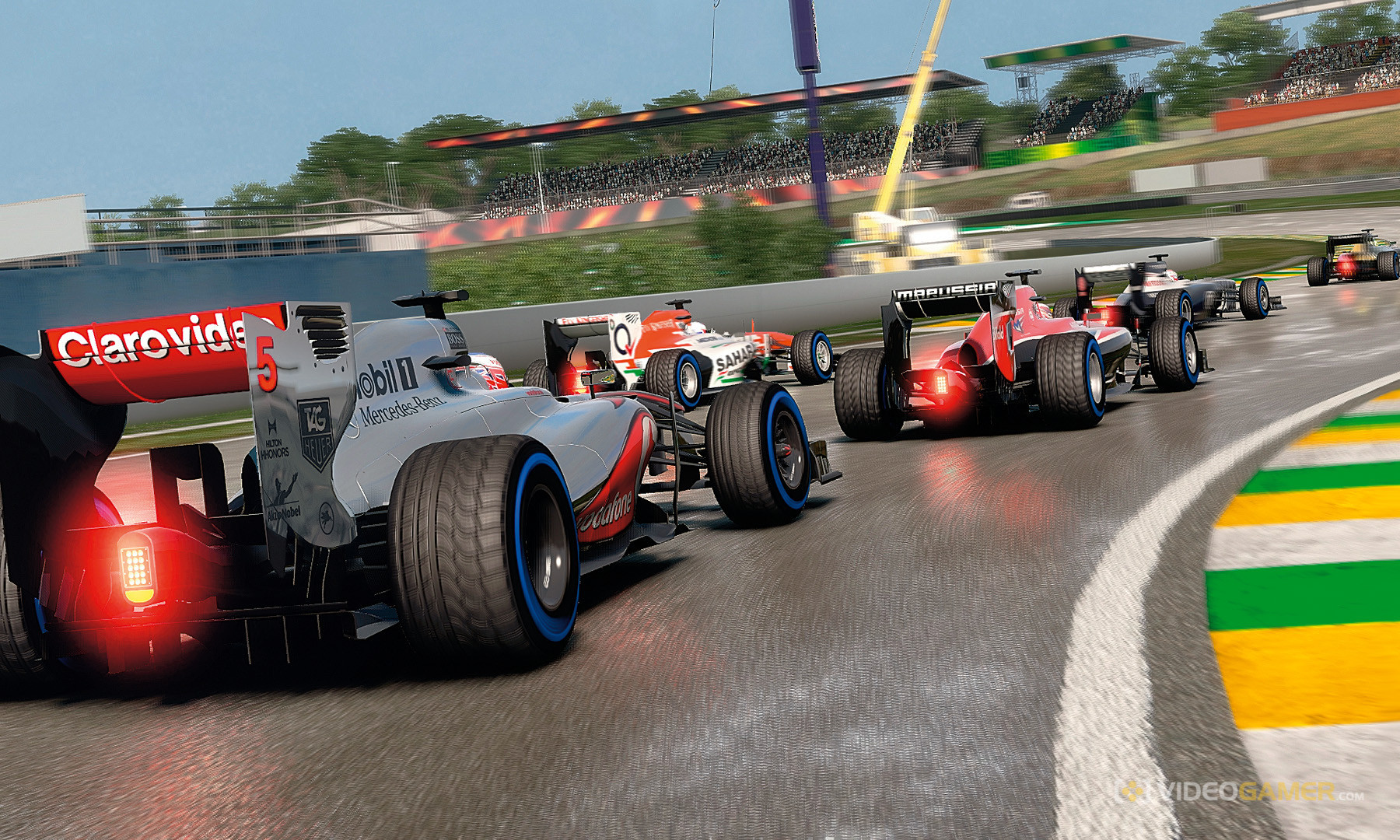 
Even tho the game has been removed from the steam store, there are quite a lot of retailers who are still selling the codes on steam and in my opinion as a racing fan it is a  must have game especially for the Sim Racing fans because the 2013 season was the last season taht featured a screaming V8 engine with authentic Formula One sounds that Formula One cars are known for. The game not only allows players explore the present, but also allows them to explore the past from where the pinnacle of motorsports, Formula One took birth from. Racing as the very best founding fathers is a delight and treat to all sim racing fans. The handling model is also one of the finest right after F1 2017 and F1 2016 along with stunning polished and improved graphics. 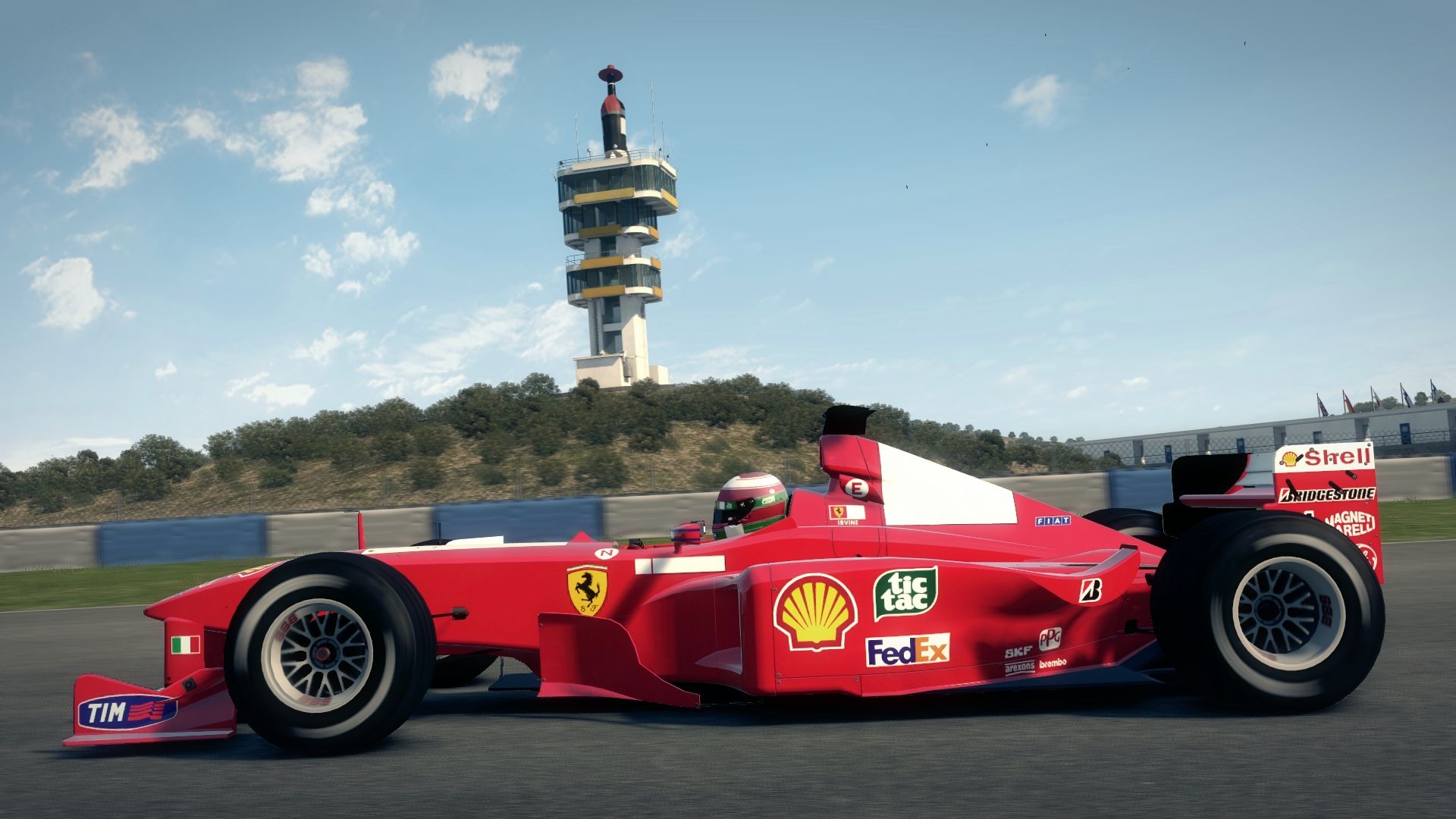 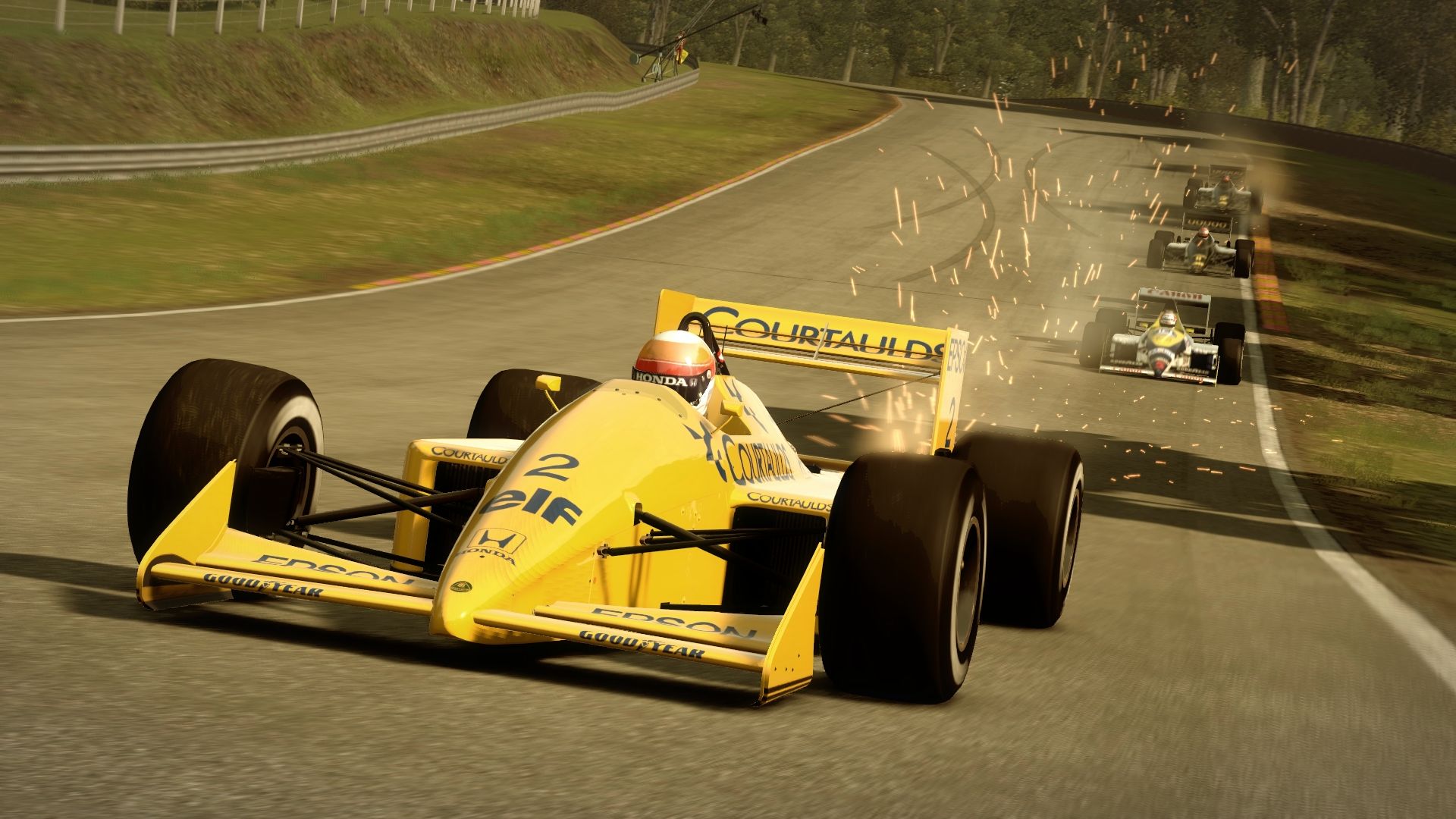