An interesting game, with a fairly simple gameplay, a very interesting idea with the very idea of the game, you can feel yourself on a raft in the middle of the ocean, from the very beginning it is very interesting to play, develop, develop your raft, which the shark will interfere with, but over time the gameplay may slightly seem monotonous when everything is already built. But in general, the developers have really tried the game and made a very good product! The atmosphere of the ocean - this is the main advantage of this game. Here at every step you can wait for a dangerous predator. The weather also matches and blends with the right atmosphere. Day and night are also present. In general, finding yourself in the middle of someone else's place for you, full of dangers, the game will clearly help.

Game mechanics are very clear and can remind us of similar games of this genre. It is necessary to survive, collect resources, food, fresh water, etc. But there is a peculiarity here. Here you are the center of the world and you can say that the world moves around you. Such an impression may be due to the fact that the resources and other itself goes to you, and not you to it. In the world, islands are generated on which you can collect special resources. From resources, you can build and improve your raft, which can later grow into a floating mansion. I will add on my own that I recommend playing this game with friends, as in all other games of this genre. The game has a lot of funny situations. Game mechanics allows you to do a lot of joking evil to your friend. For example, dreaming off anchor while your friend is on the island. It will be fun. 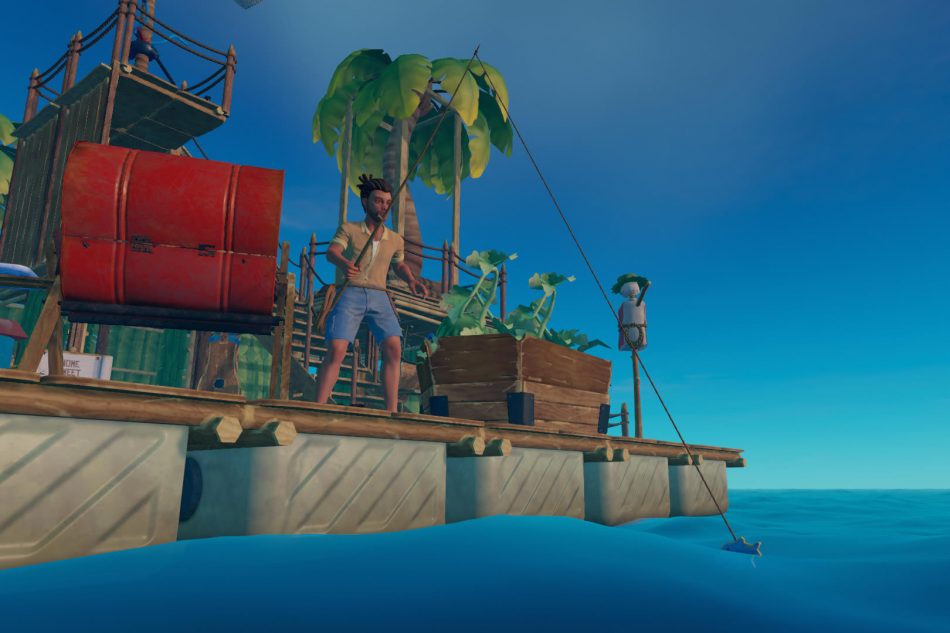 A little about the plot.

There is no story for me in the game as such, but if you take a closer look and think, you can imagine that some ship was wrecked and one of the people of this ship survived. You wake up on a pair of wooden platforms from the ship and do not remember anything, all you have is a hook with a rope and debris floating near the ship. Can you survive, or fall down in spirit?
So what then actually have to do with a hook and a bunch of debris in the form of boards, barrels, leaves, debris? Of course, to catch all this garbage, since it will be possible to craft out of it, something very useful that can help you survive. It would seem that it is so easy, but no, there are also very hungry sharks here that are able to eat you or prevent you. Also, you will interfere with the constant need for food and water, which is very difficult to find at the very beginning of the game, but gradually settling and developing, it will be easier.
In the game, naturally, craft is possible, in a special window, where you will be shown at once everything you can do and what you need for this craft. So far, it is not very much, but it is enough to settle down well and survive in these crazy sea conditions.
What about needs, there are several of them - this is the thirst with the designation of the bottle; hunger with chicken thigh; life with the designation of the heart. Each of these needs are very important; you will die if you do not temporarily replenish them. Lives are spent from shark bites, or the depletion of other types of needs. The game can settle down to your taste, there are no restrictions. It is also possible to grow a palm tree on your raft, which is very strange, but it is quite useful for your survival. 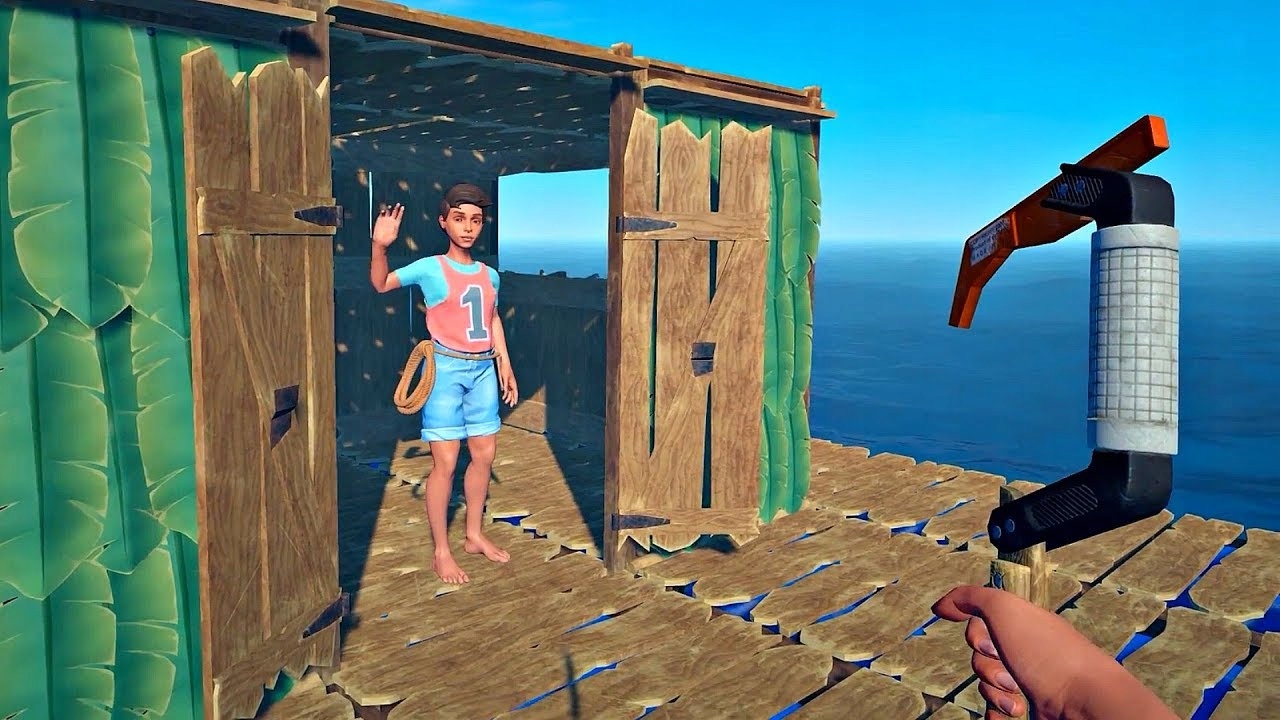 The technical component of the game.

What about the graphics, because it is not the most important thing here, because this project will remind you at the development stage and changes are possible.
As for the sound design, it turned out quite well, because the game is getting better and better in the updates that appear each time.
Optimization in the game should be slightly corrected, you need a very good or medium computer. In general, as well as the game should have been in early access, it only gains its strength and is being finalized, we are not the first to see such projects. 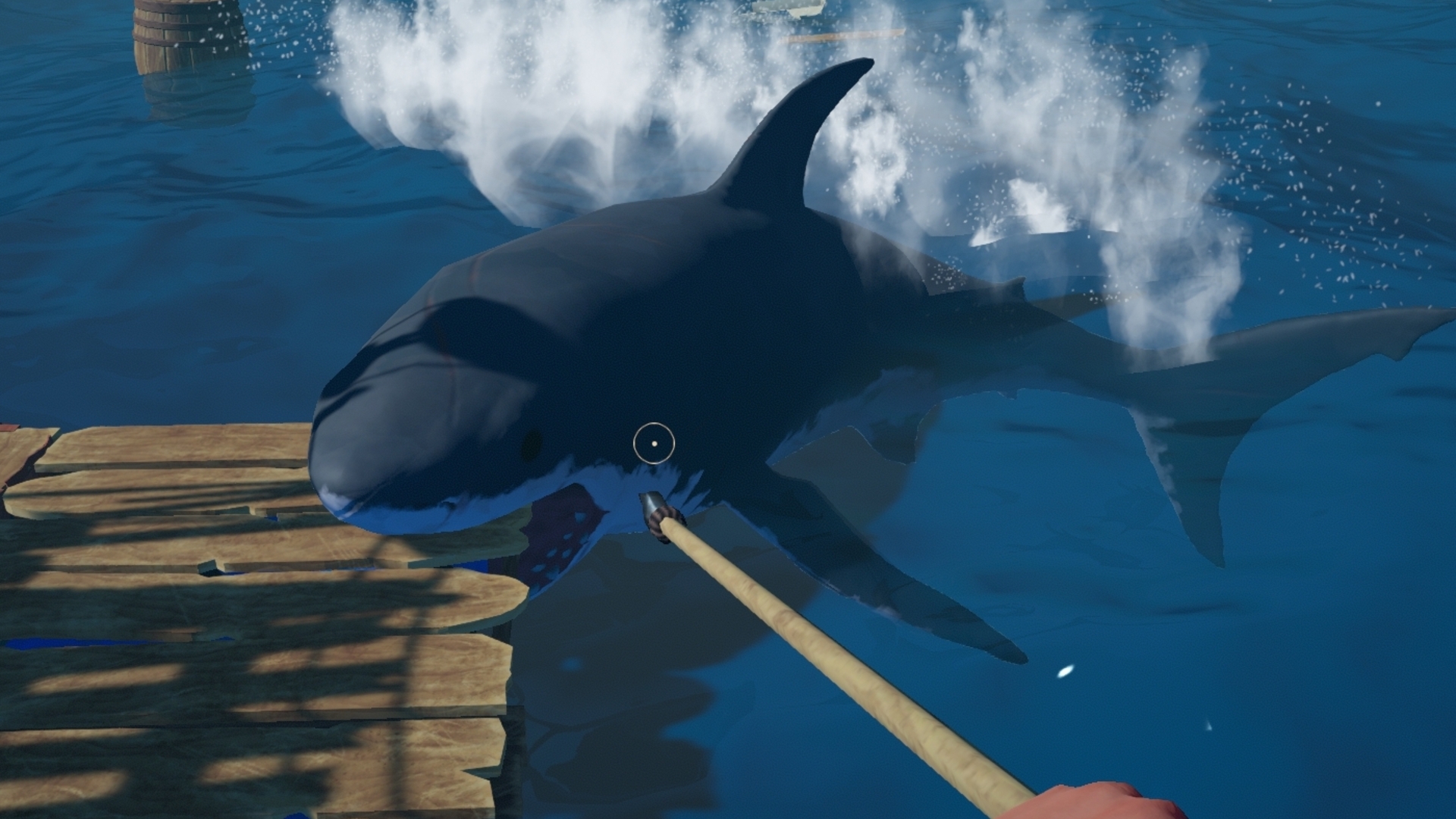 In general, the game is interesting, but rather damp. But you must agree that the idea of the game is very good, I hope the developer will not abandon the game, since it has potential. It is worth noting that the game, although simple in its likeness, looks quite attractive, bright and colorful. I spent so many hours in it because I am interested in construction and survival. The game has a lot of buildings and options for how to build them so that someone who likes to build you here. Things wear out quickly and this is not a minus because in the game you never get bored and will be constantly busy with something, for example searching for resources or crawling around islands, diving and many more things. In general, we are waiting for new updates, I hope we will be pleasantly surprised again and again. For a couple of evenings, at least you should get acquainted with such a pleasant product. I rate this game 4 out of 5. 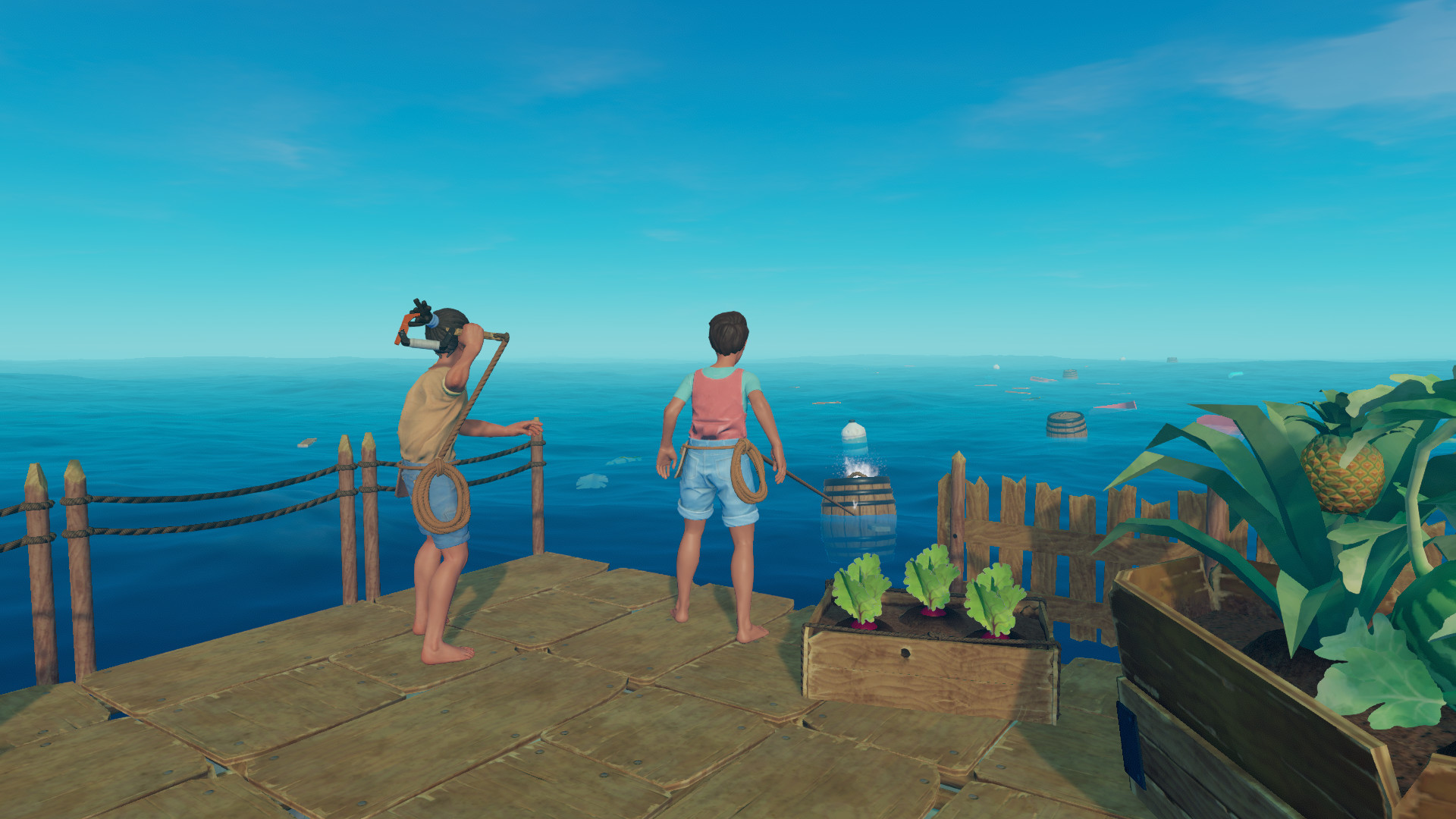 this game is kinda weird

Good job for this article

And this is a little bit just like maincraft.

seems fine to me, good job