Phoenix Wright: Ace Attorney – Spirit of Justice the comrades are returning after years of waiting. This time, our hero Phoenix Wright travels to the Kingdom of Corinth, the kingdom of strangeness and wonder, with its unique traditions and traditions, to find itself amid the incendiary fire of its rigid political laws that reject outsiders and the flame of revolution that promises the winds of change. Amid all this chaos, will the spirit of justice emerge?
It's hard to believe that more than 10 years have passed since we first got the Phoenix Wright: Ace Attorney game on the Nintendo DS. At the time I was attracted to the idea of the strange game (the hero lawyer, what about the courtroom?), And when the experience exceeded the expectations of all my intelligence, and its ability to create high excitement and surprises in the courtroom. The experience of the game as a whole, never seen in any other entertainment product, has been a truly innovative experience on mystery and crime stories, and proof of the genius of its creator, "Shaw Tacoma."

The sequel of the series followed sequentially, as we got the second, third, truly coolest part of the game, one of the greatest storytelling experiences in the gaming world, and the all-new Apollo Justice, developed from scratch for the DS, . After that, Shaw Takumi stepped down to write the series and work on other projects such as Ghost Trick, and Takeshi Yamazaki has been overseeing the series since the fifth release of the Nintendo 3DS. 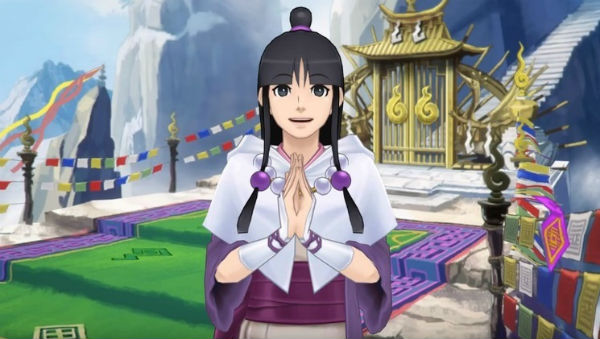 Well, let's begin to talk about the "spirit of justice" game by emphasizing that it corrects the errors in the fifth part of the series. First, the investigation process has returned to its roots, and is even better than before. The game will now tell you when you examine everything that matters, that you have completed the loss of evidence in this place. In addition, the difficulty of the crimes was increased from Part V, where the game reveals the identity of the offender only in the first case, in continuation of the tradition of the chain. 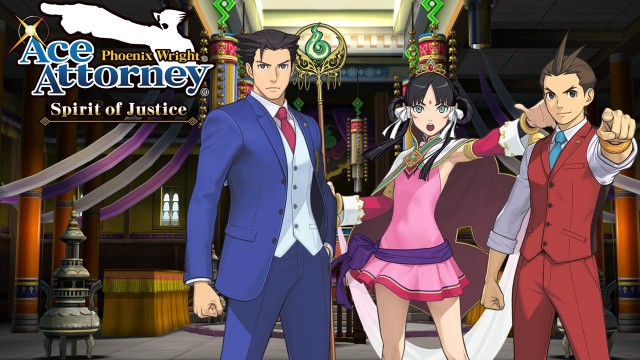 If you are a newcomer to the series, I would not advise you to purchase this game directly. You should at least buy Apollo Justice and Dual Destinies to come up with a full-fledged experience of this game. In terms of play we have not seen many changes, but this game really is the most diverse of all parts of the series: we have the property of "Magatama" used by Phoenix, which began from the second part, and we have the mechanism of "Esauara" of Apollo of Part IV, in addition to Mood Mood's return to Athens, which was first identified in Part V.

A great masterpiece in mind, a great variety of play mechanics, a productivity value that may be the most prominent in visual novels Ace Attorney series still holds its luster even after all these years. This game may not be the best parts of the series but it will certainly starve the series lovers.