Insane Ways You Can Defeat Bosses in Metal Gear

Metal Gear Solid is a series that isn't afraid to be a little bizarre. Kojima is a game developer that comes up with the craziest and most innovative ideas for video games. He even originally wanted to have a realistic sniper fight that would last days or weeks of real life time in the game. This is a guy that needs to be reeled in every now and again. But sometimes he was allowed to let loose. And these Easter eggs and tactics came out of that. 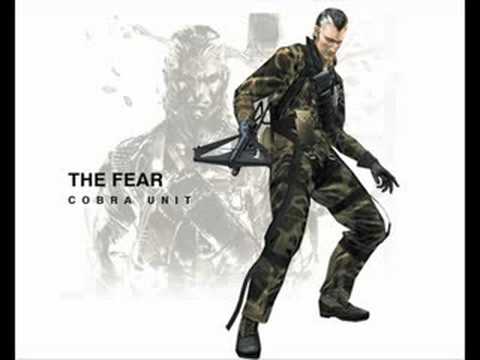 The Fear is one of the first boss fights in Metal Gear Solid 3. It also happens to be very frustrating. You fight an invisible enemy that shoots poison dipped bolts at you from a distance. You have to pay attention to the bushes around him, his tracks, or diverted light to locate The Fear. Well or you could use one of these strategies...

Poison Him
Throughout the fight with The Fear he will come out of hiding to grab food so that he may restore his stamina. If you happen to have any rotten or poisonous food on you go ahead and drop it. The Fear will possibly pick it up for a snack. When that happens he will start suffering from food poisoning. While he is vomiting you can take advantage of this and put him down.

Fake Death Pill
If you fake your death and lay on the ground The Fear will believe that you have fallen. He will express his disappointment and then you can bring yourself back to the world of the living. With his back you have the chance to take out your enemy who has let his guard down. While this isn't the most honorable way to defeat a foe, it is the most hilarious. 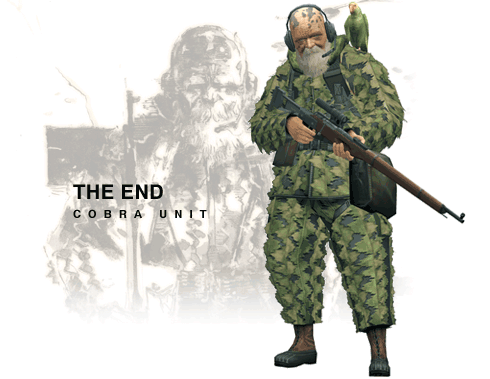 The End is another boss of Metal Gear Solid 3 who is a legendary sniper. With the help of his trusty bird he has lived many years on the battle field. His skill as a sniper is legendary and no other soldier is thought to match his skill. Until Snake came along and defeated him. There are three ways to defeat The End. You can either fight him traditionally in a Sniper fight, assassinate him, or have him die of old age.

Assassination
Early in the game there is a cut scene where The End is outside in the distance, sleeping in his wheelchair. If you are fast enough when the cut-scene ends you can actually defeat The End way before the boss fight even begins. You can deal damage to him that sticks. Or if you have a sniper rifle or a rocket launcher at that point of the game you can even outright kill him. Instead of fighting The End you will face Ocelot's soldiers in a  much easier battle.

Old Age
The End is an ancient man who has reached the end of his lifespan. His battle with Snake is his final mission and he saved his energy just for that moment. But if you were to go into your system settings and speed up the internal clock something interesting would happen. When you load you game you get a call on the radio letting you know that The End has died from old age.

Even if you don't use one of these methods this boss fight is one of the coolest in the series. You are constantly tracking and trying to outmaneuver your enemy. You try your best to sneak up on one another without the other knowing.

Psycho Mantis is one of the most iconic boss fights in gaming history. It was 4th wall breaking and to defeat him you had to do something in the real physical world.
Psycho Mantis appear, asking you to put the controller down. As you do this he makes it vibrate with his mind. This is a pretty cool use of the console features. Next, Psycho Mantis would read your memory card and talk about some of the games you had played. Now if you were a kid in this time period with little access to internet this will freak you out. To beat him you have to get him out of your head. And to do that you had to plug your controller into the second player port. Yes, that is right to defeat the boss you had to change controller ports.
Thankfully your allies on your radio will tell you this, but if you didn't check your radio I have no idea how you are expected to fight Psycho Mantis.

The Beauties -  Dance For Me 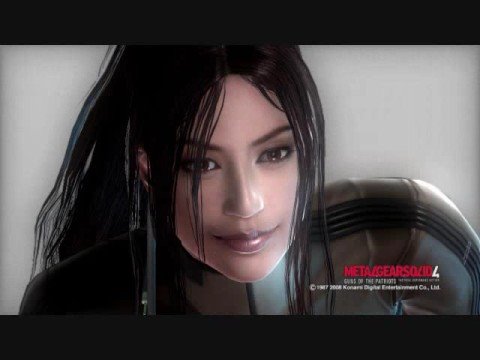 Kojima is an aging man who wants the most out of his life. So he made an excuse to get four models on set for Metal Gear Solid 4. That excuse manifested into the Beauty and the Beast Unit. Honestly you can't blame the guy. But he somehow turned these bosses into some of the creepiest enemies in the game. The way they smile at you, laugh uncontrollably, or their constant sobbing gives you chills. The actual fights themselves aren't too strange but after you defeat the Beauties something strange happens... 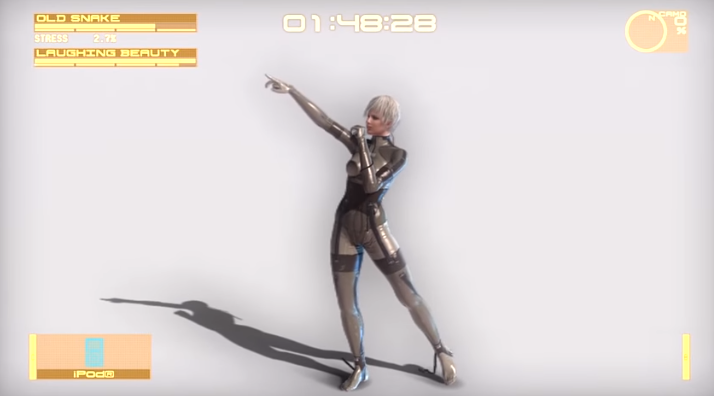 If the player opens up their menu, takes out their IPod, and plays a certain song they can make the enemy dance for them. That's not all if you pull out your camera they will even pose for a picture.
This is the most blatant use of fan service I have ever seen and I love that man for it. Oh and if you wanted to you could take the opportunity to shoot them while they are dancing. Kinda seems mean once you hear their backstories, but you do you.

The Sorrow - Die For Me 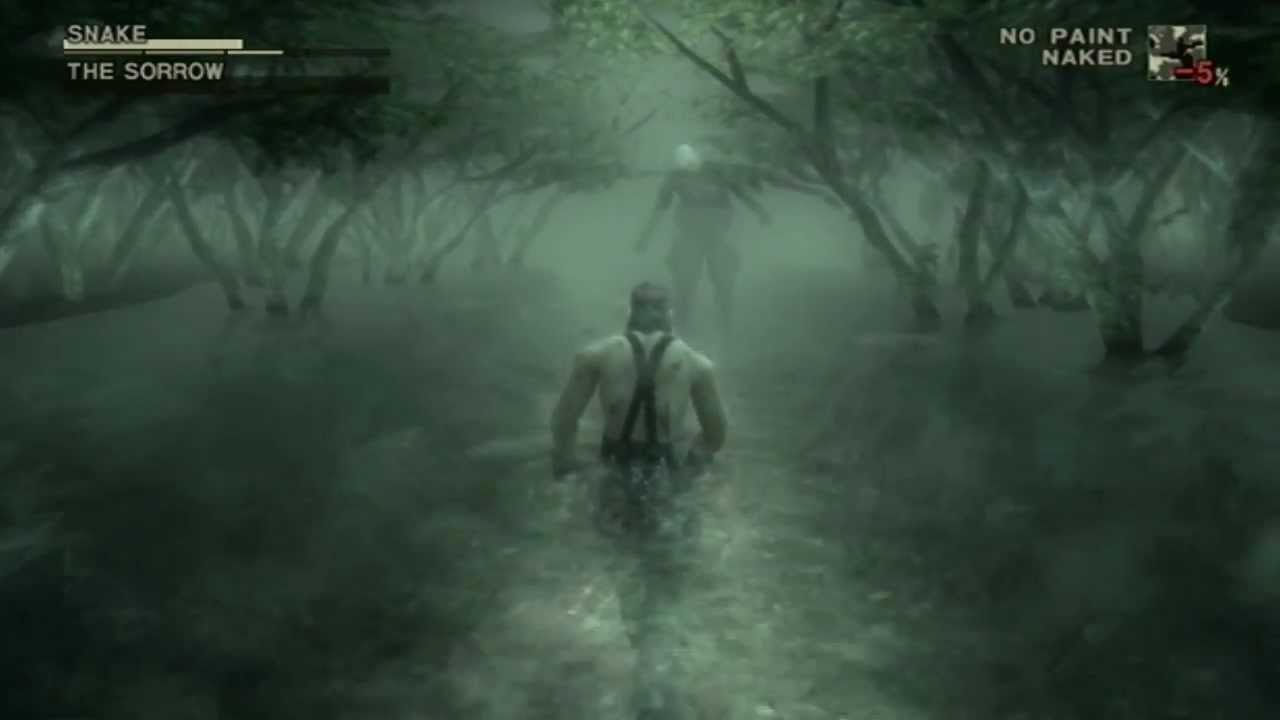 I don't even know if I can call this a boss fight. The Sorrow is one of the most pivotal characters in the Metal Gear series. Throughout Metal Gear Solid 3 you can see him hovering above others creepily. After you jump off a waterfall you find yourself in a strange never-ending path. And as you follow The Sorrow you see every single enemy you have killed thus far. As you walk aimlessly for a bit you realize that you can't hurt The Sorrow, he is already dead. To defeat The Sorrow you must die. Once you are dead you can use a revival pill that was shot into your leg to bring yourself back to life. Then when you awaken The Sorrow is gone.

Thanks, good topic to write about!

Snake is the best character! I like the girls too.

Fake Death Pill
If you fake your death and