The debate about how much a game should cost compared to how many hours there are in it has never interested me. Some of my best gaming experiences have been in the company of games that take two hours to complete. It is also a debate that works exclusively for the gaming industry. You don't talk about how much money a book should cost if it's "only" 300 pages long. Nor about how much a movie should cost when it only lasts an hour and a half. Games are under the debate.

Ironically, it’s the smallest hero who is the fan favorite of that debate. The size of an insect, our knight runs silently through the caves of Hallownest as he swings his little needle against his enemies. He is probably the smallest, but he has gone on one of the longest and most memorable adventures in a long time. He is brave, fast but far from harmless. Like other games, Hollow Knight has also benefited from the difficulty of the Soul games, so there are challenging battles, enemies who just don't want to die, and the horror of losing your lives and all your coins. The greatest praise here is to Team Cherry, who has packed the game with an abundance of varied enemies - and each with their varied attack patterns. Although the little nameless hero rarely gets stronger, your knowledge of the enemies will slowly make you much more confident as you swing your needle. Here lies just one of the great aspects of the game, it will never rise in level until you are strong enough to deal with an enemy. It's about reading your opponents, learning their moves, counting how many hits they need before they stop moving, and shaping a tactic against them. I often came across enemies, which I first proclaimed as impossible to beat, but later had to wonder how I could have had so much trouble with them. Elegant and efficient. 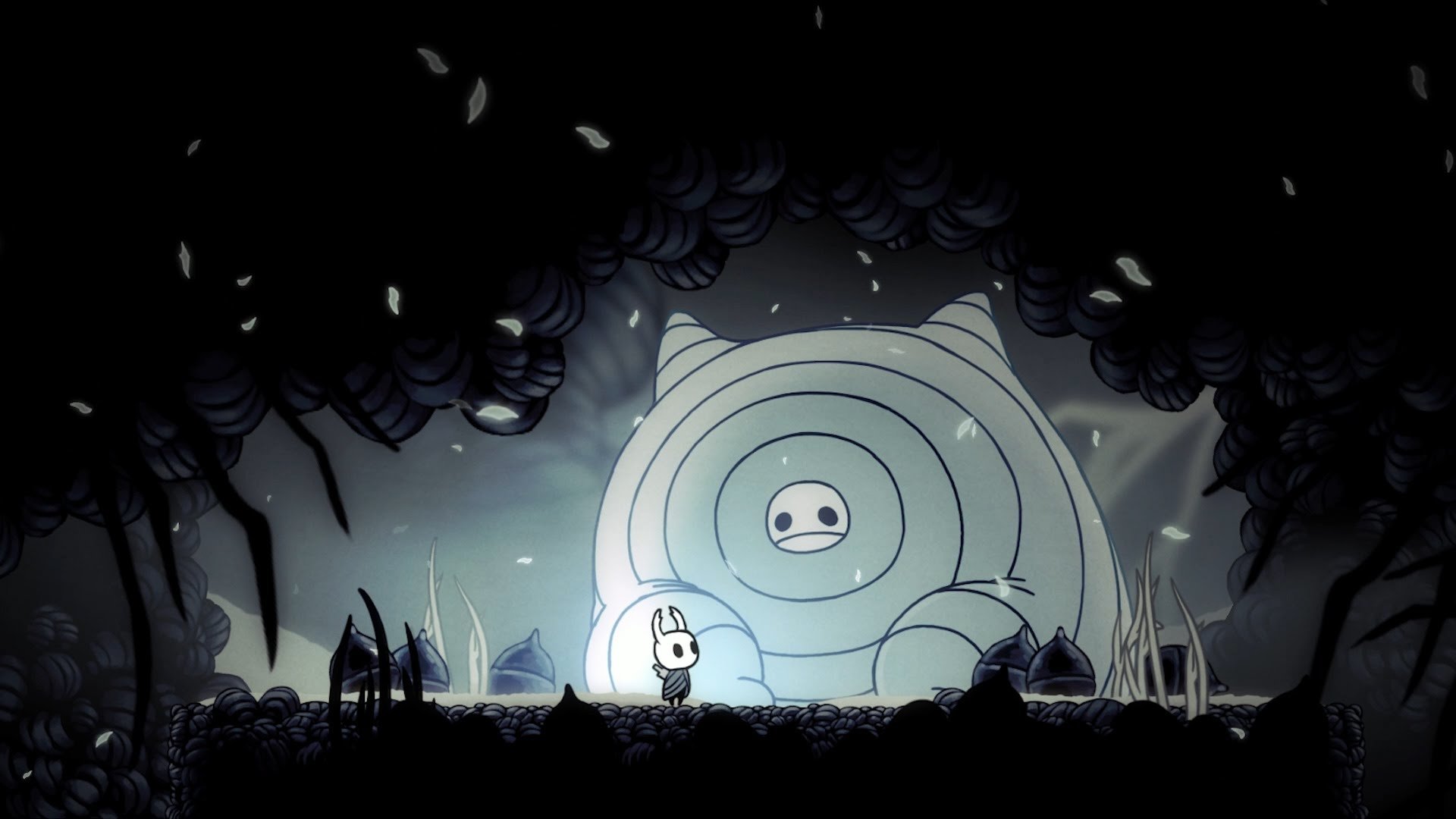 The various areas all store a new selection of enemies also feel varied and unique. From the gray dry soil, to the lush areas of hot springs and fungi to the depths where everything is dark and claustrophobic. Everyone comes with their own challenges, and moving into a new area, getting to know the enemies and slowly upgrading your map is an exquisite pleasure. Both the first time and the last time. The game is also good at using audio effectively. All the different areas each come with their own theme, ranging from a beautiful piano that plays an easy tune to dark and gloomy pieces. However, the sound is not only present to put the right mood It also guides you. Often you will hear a familiar voice, a creature sitting and humming to itself, telling you that Cornifer is nearby. If you are hit in battle, the sound will shortly disappear and the pace will slow down, almost to emphasize the seriousness of letting a blow enter. And should you die and find your ghost hovering over the ground right where you fell, an eerie tune will tell you that you are coming closer to your former self. It is an excellent way to "keep the player in hand" without ever uttering a word.

It's good that the music helps you, because that's the only help you get. The game is never interested in guiding you, and even the story is as vaguely told as they come. I never saw it during my playthrough, but when the universe is so alluring and mysterious, it is always fun to immerse yourself in fanatics afterwards. However, there were times when a push in the right direction would have been appreciated - especially at the beginning. The game throws you straight into the underground labyrinth, so it would take five hours for the player to get acquainted with the game's approach. I prefer this method rather than being held in hand, but a small hint here and there would have been welcome. However, it is not something that a search on the web cannot help with, so I was also quick to go on my adventure and never sat back.

There is also a sense of discovery in the game that often made it impossible to turn off the game. If you achieve a new skill - for example, jumping on walls - you quickly go to all the places you can now explore. Sometimes they end up being nothing - other times they end up being everything a whole new area with new enemies, a whole new mission to complete or a new amulet that makes you stronger. Exploring Hollow Knight is a rare, satisfying experience - especially as the game does not tell you which new areas are now available. You have to remember this yourself or manually tap on your little map. 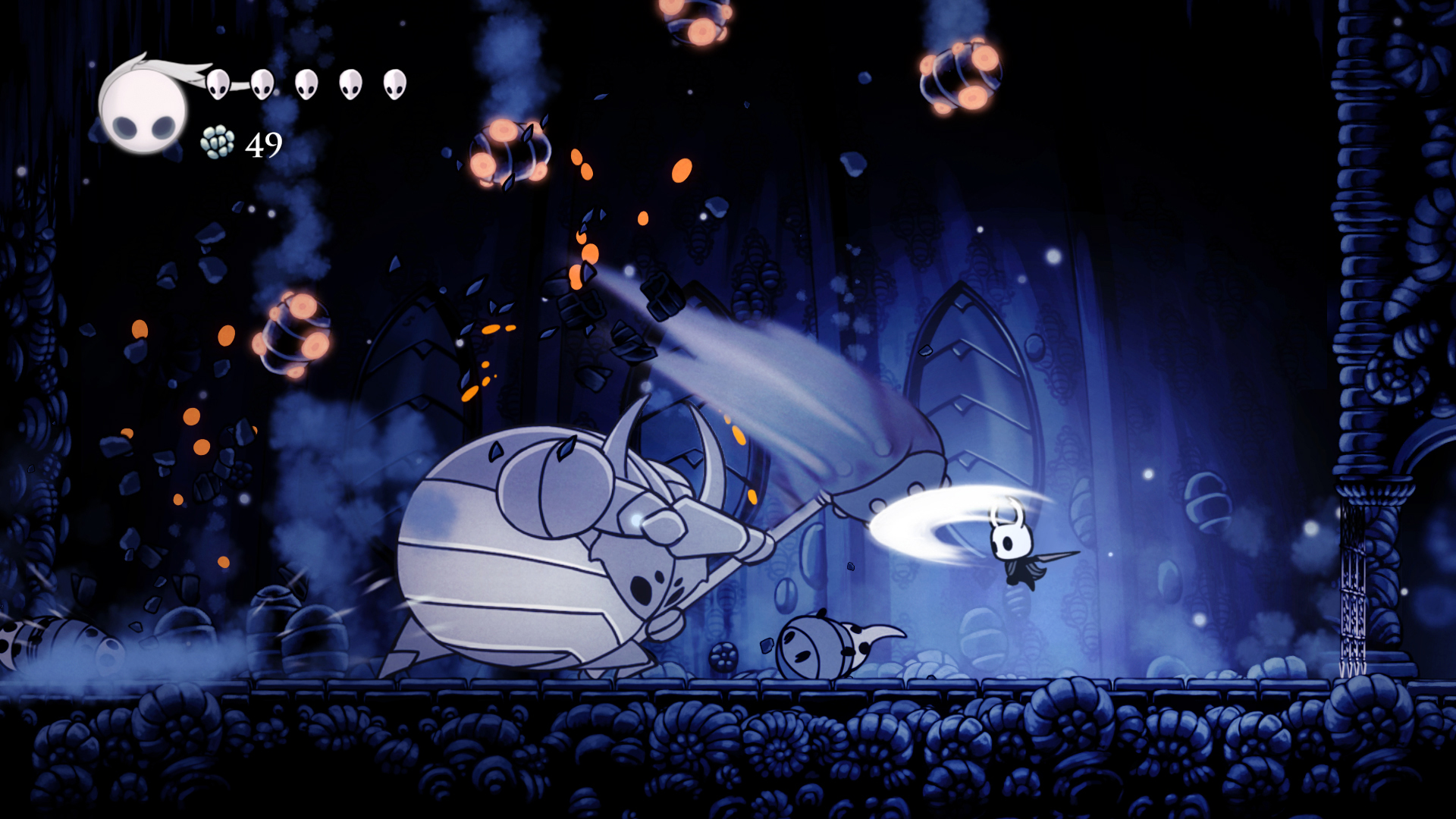 There is no hole in this knight. No aspect where one is disappointed that it does not meet it’s potential. No area that feels empty or energetic. Hollow Knight is a success. An illustration of how to fill your game with content without at any time feeling like stuffing or pulling out. With new abilities following new unseen areas, with new areas following new enemies, with new enemies following new opponents to master, and with mastering the game following one of the longest and most satisfying journeys in a long time. Hollow Knight does not boast about the size of it’s map, but for those of us who are brave enough to move into the depths, will realize how great it really is. The hero is small, but he still offers far more content than most large AAA games. And even at half the price.

The characters in the game are so cute. Environment on the other hand is really spectacular.

and heres a croissant too

Shorter paragraphs would do it. Impressiv work.